After the last thrilling episode, Pecos Pete and the Giddy Up Gang found themselves confronted by a possible Alien invasion!
Following the clues, Pete and three other Leagues followed an old map into the mysterious Valley of the Broken Moon. There they were confronted by four clues (an old prospector, his camp, a dead body, and famed archeologist Arkansas Bob) and Perils aplenty! 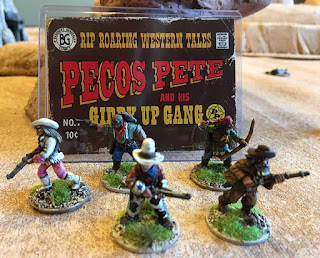 Pecos Pete and the Giddy Up gang. Matinee idol, or is it just a cover? 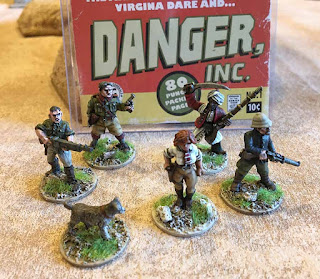 Virginia Dare and Danger, Inc. Risking it all to the highest bidder. 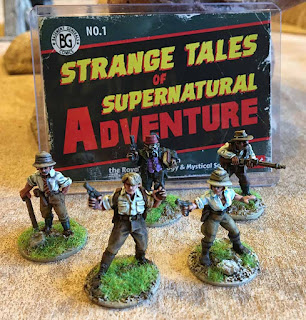 The Royal Archeology and Mystical Society. What arcane plans do they have? 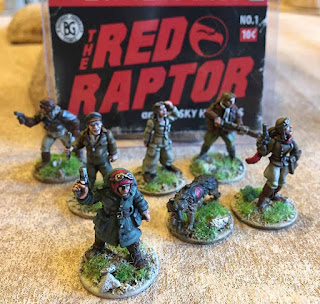 The Red Raptor and his Sky Kings. An enigma wrapped in a puzzle.... 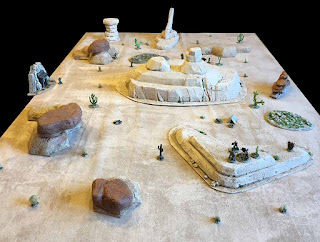 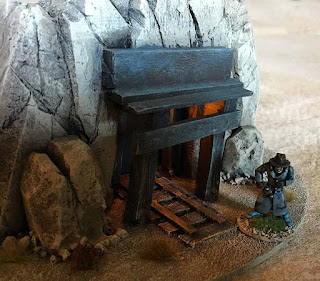 A mysterious stranger waits by the abandoned mine. 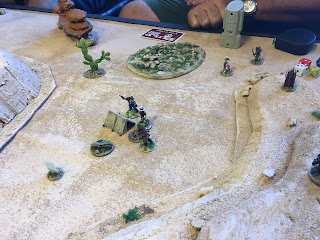 Pete gets to the first Plot Point, the prospector's camp. 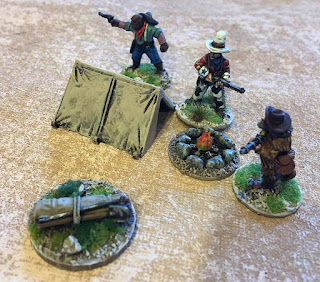 It's full of rattlesnakes! Due to some particularly brutal Fortune Card play, not only was Pete attacked, but his companions. Nevada Ned was incapacitated by venom, while Bob was only temporarily overcome. Pete would spend most of the game trying to get this Plot Point. 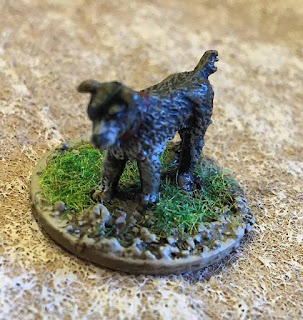 Wellington, Virginia Dare's dog, was once a again the first casualty of the game. This little guy is a bullet magnet. 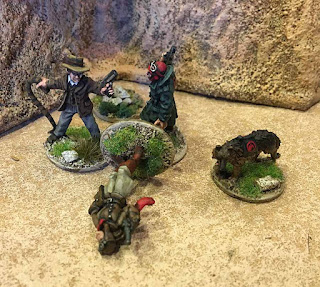 Dixie Dare (Virginia's estranged sister) has a go at Arkansas Bob. He didn't fall for her wiles... But he doesn't fall to the Raptor's fists! 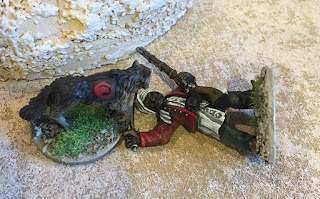 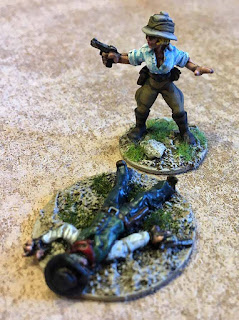 Lady Dora Standpipe uses her mystical arts to commune with the dead and pass another plot point.

The Royal Society was first to the Mysterious Stranger and into the mine beyond. The Red Raptor's League was next, but not the Raptor himself. Due to a concerted effort by three other players, the mighty Red Raptor was brought low. Luckily, Ace avenged him, tenfold.
Danger, Inc. had spent most of the game dealing with Ace and were last into the mine entrance behind Pecos Pete.

The game was great. Truly cinematic moments to go around.
Next episode: The Mines of Madness
Posted by BaronVonJ at 10:49 AM

Great looking game! I especially like your mine entrance.

Cool pics. Loving all the leagues.