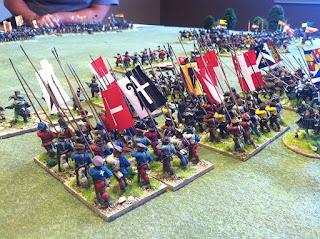 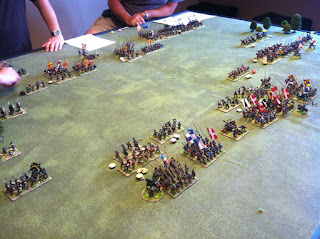 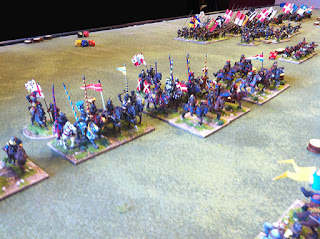 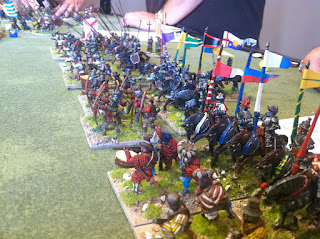 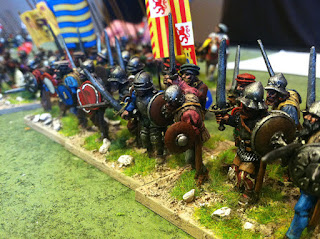 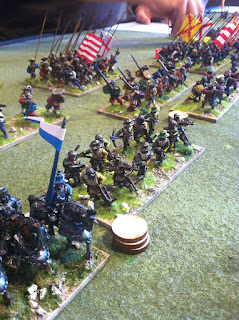 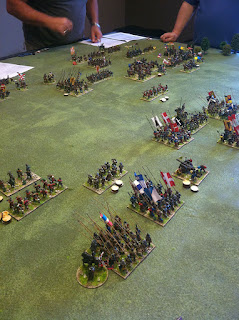 I must say, the Spanish grasped a key feature that really let them use their Deep Pike formations to full effect. Deep units can't share a square with any but lights. This allowed their skirmishing arquebusiers to move with them. They could fire, then retreat behind the pikes when danger threatened. This allowed them soften up their foes before impact. Also, not allowing non-deep units to fight back against those charging pikes made choosing lesser targets a tactical factor.
The "push of pike" felt right as those big units of Landsknects and Swiss duked it out in the center.
The game ended, though, when the flanks gave out.
A great game to play, and one that was visually stunning IMHO. The rules worked great for the period. I need better terrain, and this game gave me the urge that I have been needing to paint the hordes of crossbows and knights I need inspiration to push out.
Posted by BaronVonJ at 10:22 AM 3 comments: 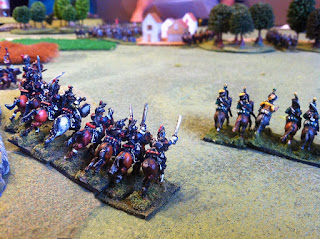 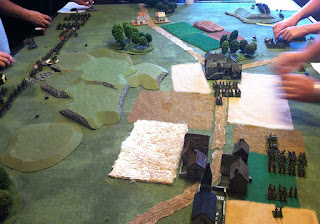 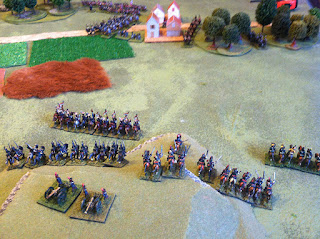 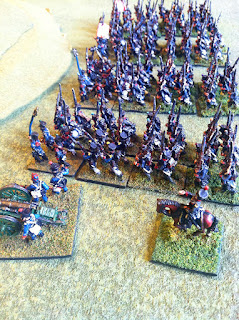 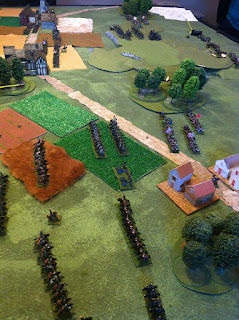 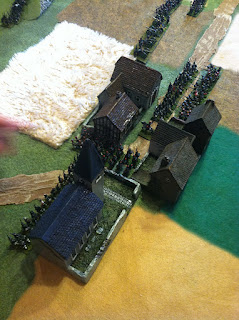 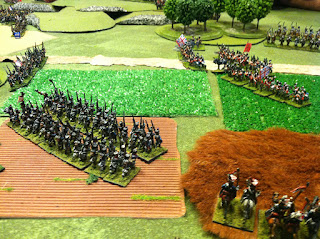 It finally ended with a bit of an anti-climax. Much like last week's game, commanders were intent on their own section of the battle and failed to realize the bigger picture. If you use the "real" rules where a brigade is broken at half casualties then it was a draw. If you use most people's house rule of over half, then it was a slight victory for the French. Both armies would, in reality, be of little use later.
An 8 player game with thousands of minis on the table over in 2 hours. A good game.
Posted by BaronVonJ at 8:59 AM 5 comments: 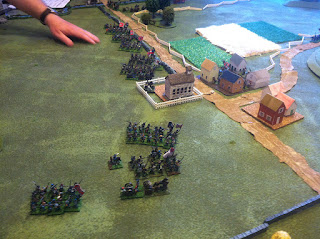 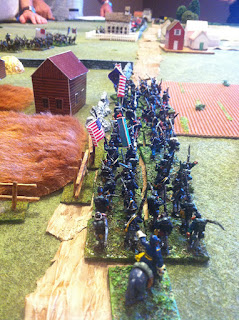 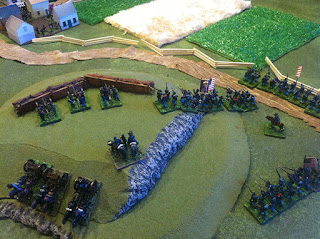 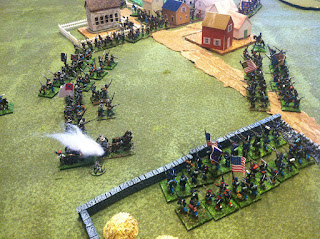 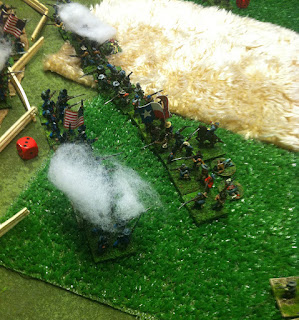 Meanwhile, the Rebel left cavalry flank, which everyone was sure would simply ride around behind the puttering Union flanks and destroy the cannons, failed several Command rolls in a row, and spent most of the battle picking apples and enjoying the weather.
It was an interesting fight. At times, both sides were sure the battle was lost for their side. In fact the Rebs were dismayed when they heard that the second Union brigade had broken, and the army was now in retreat.
It was only fitting that General Moore's forces would win with his big 5-0 on the horizon.
As much as I love Fire and Fury, when wouldn't have been able to fight a battle of this scale in the 2 hours we had. Can't wait to play some Nappies next week.
Posted by BaronVonJ at 3:30 PM No comments:

Review of Fisrful of Lead - not by me 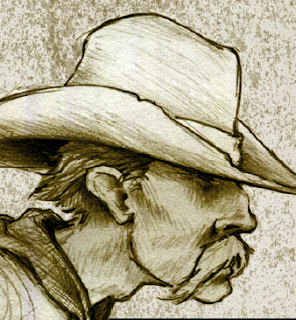 I really nice review of the rule here:

Posted by BaronVonJ at 10:32 AM No comments:

Remember those Chaos Warriors from a previous post? Here they are:

I went with the classic generic Chaos, before GW introduced the big four. Eight more to go.