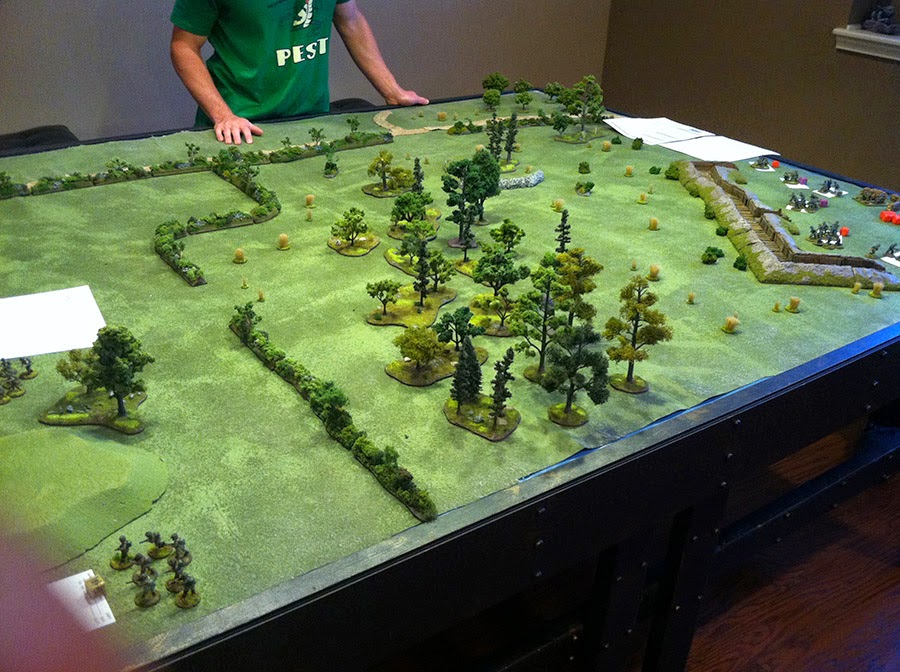 Had a chance to play with John from Curio Clashes and his awesome WW2 models and terrain. This would be my 3rd or 4th time playing Bolt Action and it still isn't making me get that "this is a great game!" feeling. I get a distinct Warhammer 20k taste in my mouth despite great toys and terrain. 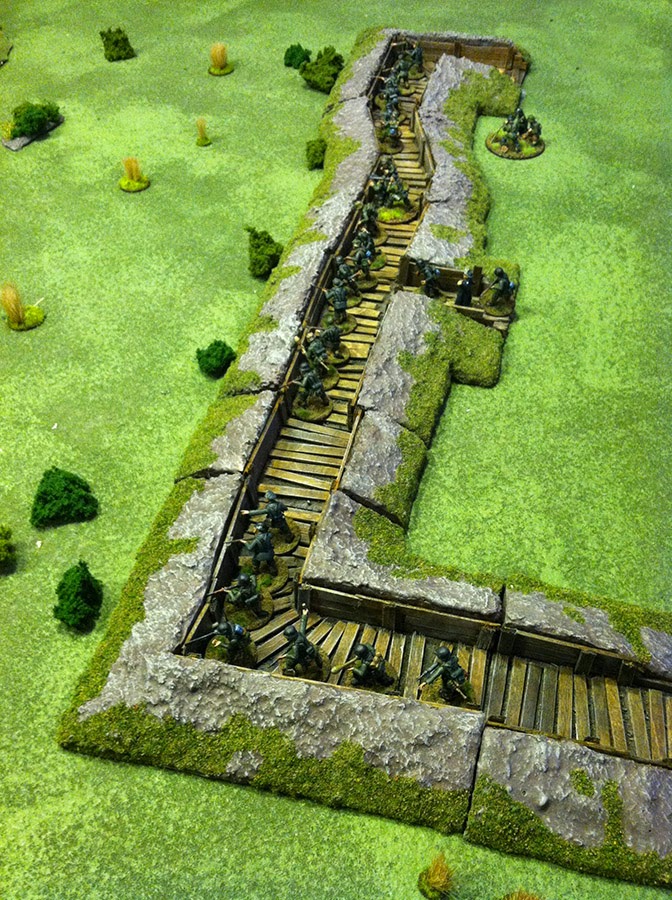 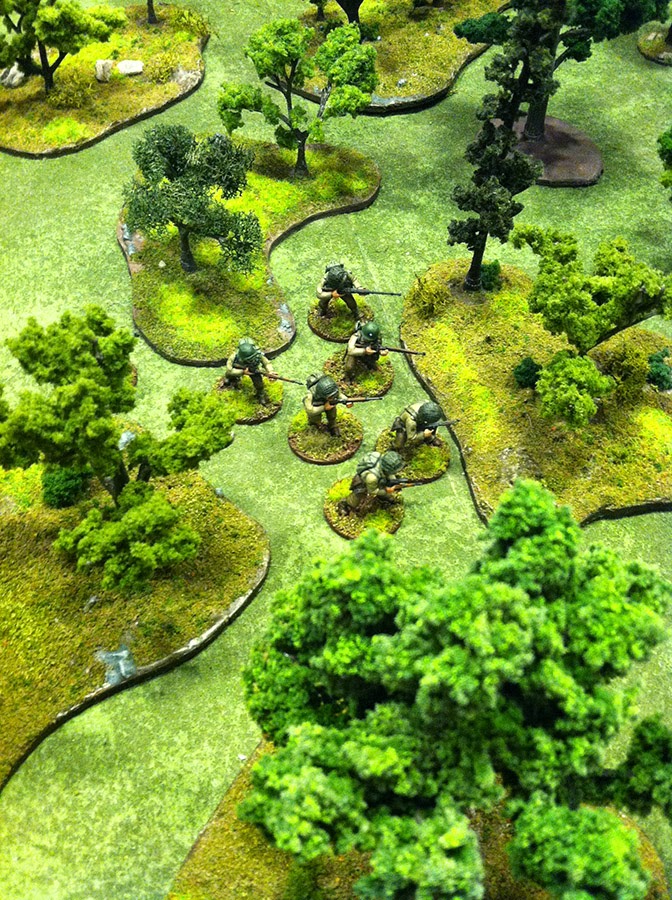 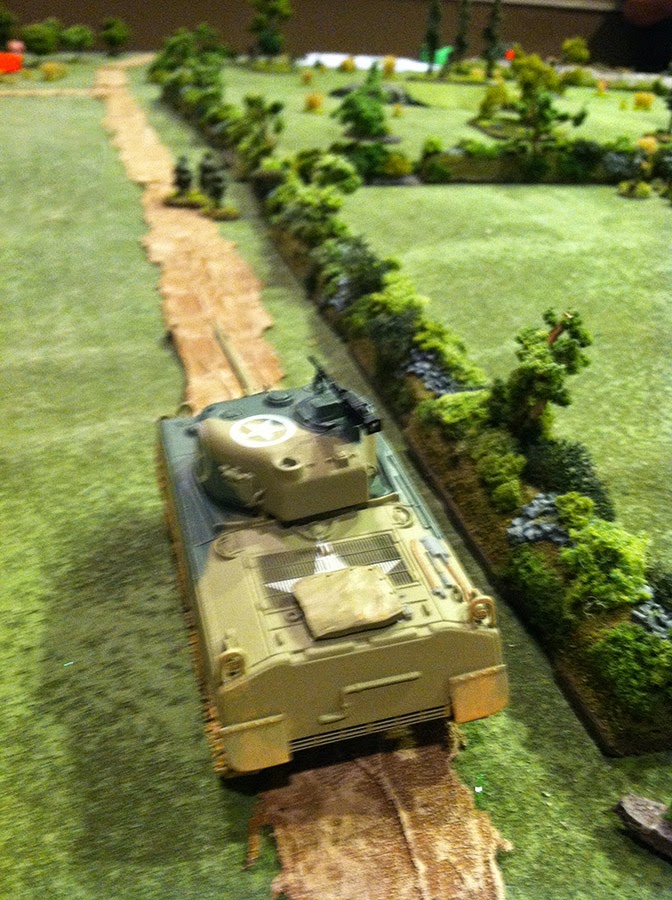 We played a smaller game with the Americans trying to take out some German guns that were shelling the beach. A really lucky mortar round took out an entire US squad off the bat and it went down hill from there.
This game can really shine as a small scale, 2v2 game. It suffers from the same problem that all modern combat games do that keeps me away from the period: the modern battlefield is really deadly. We as gamers don't grasp that and tend to shy away from rules that emphasize it. Which is a shame. Attacking an entrenched enemy, we really should have play the scenario last night with a 3-1 ratio in troops.
But, I do have some excitement. Lion Rampant showed up in the mail yesterday. I am a big fan of Dan Mersey's earlier book Dux Bellorum and can't wait to hit one of my favorite periods: Middle Ages.
Posted by BaronVonJ at 8:00 AM 5 comments:

This weekend is our local KC metro-area wargames convention RECRUITS. I can only make the first night, but as always, I'm sure it will be a great time.
Posted by BaronVonJ at 2:03 PM No comments:

A light night of gaming

Just me an Bill last night. I don't get a lot of chances to play 1v1 games, so last night was actually a treat.
We started with a little gem called Eight Minute Empire. It comes with a tiny little map, some colored blocks and cards. A fun mix of resource collection and war. 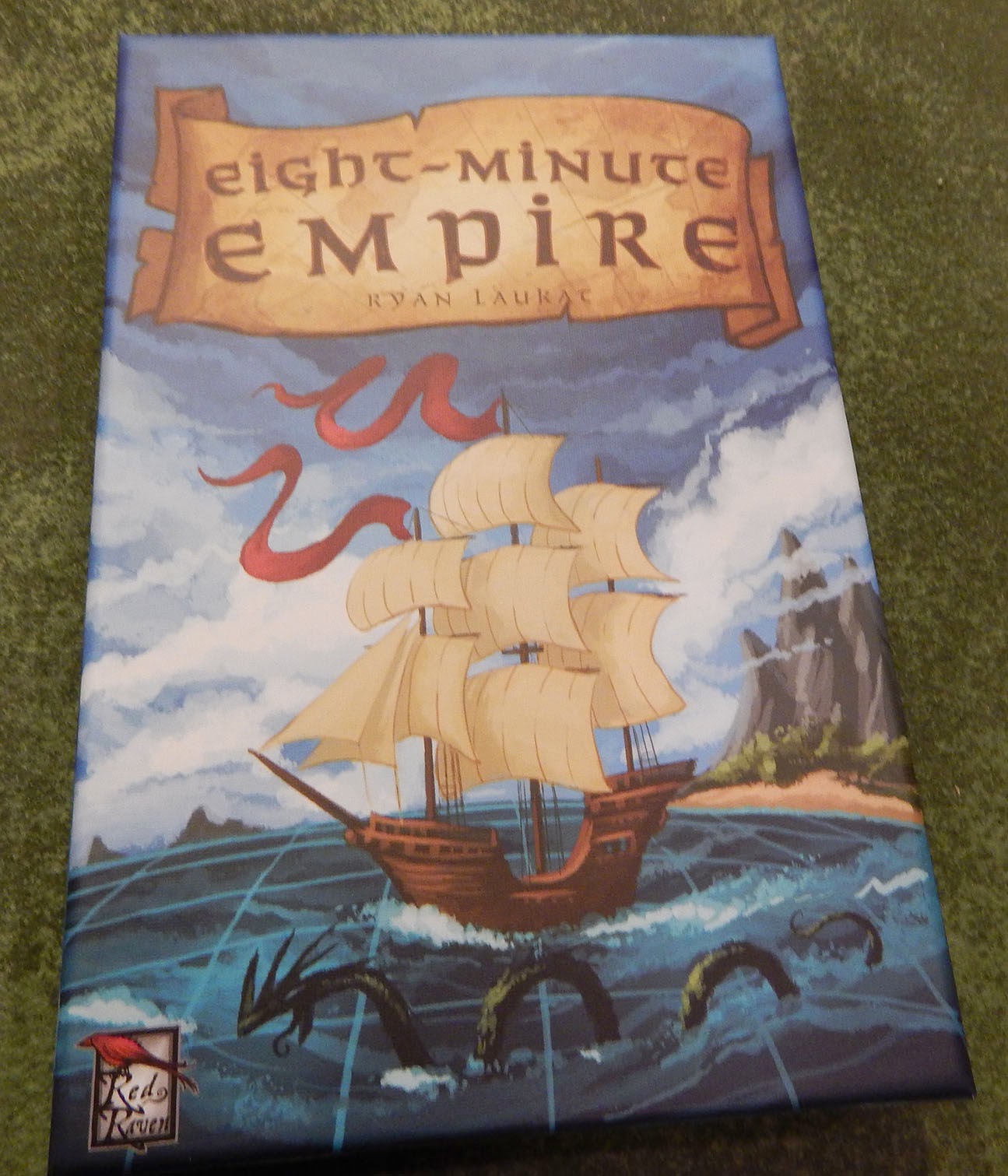 We then played a couple of games of Rivet Wars. We traded victories. Once again, a great game. Can't wait for the new troops to come out. 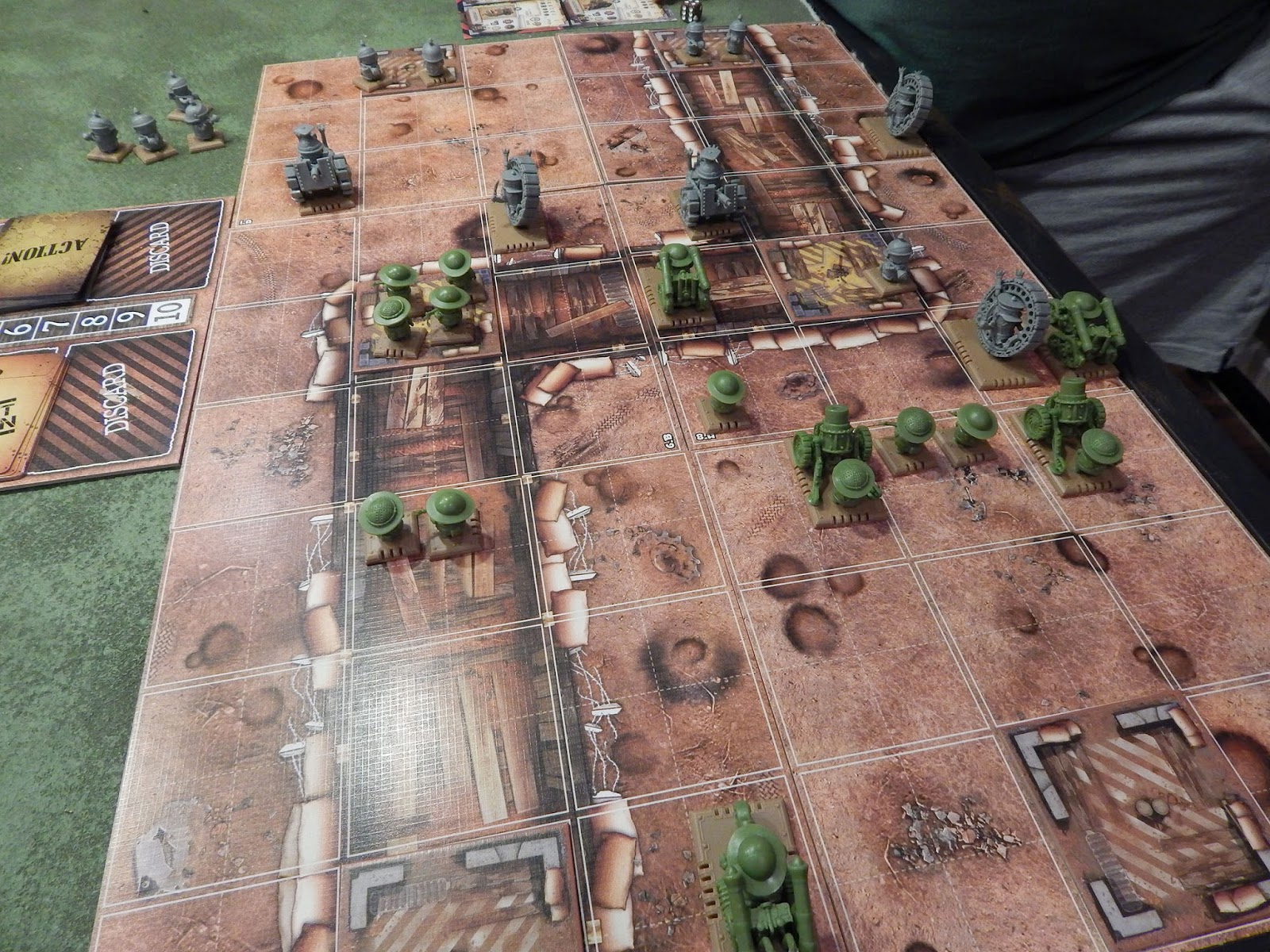