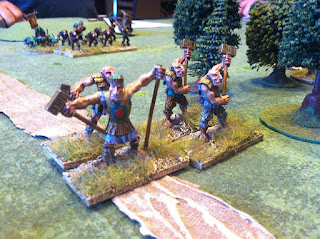 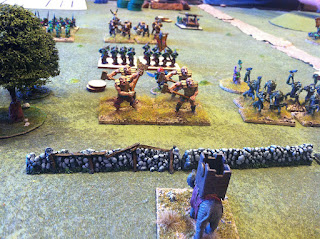 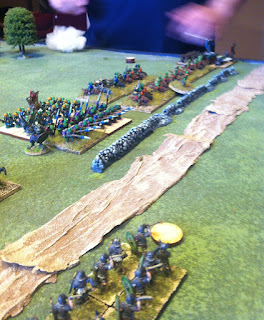 Everyone seems to be getting the use of their troops. I think some of the Orc cav might get upgraded to Medium, but other than that, I tight game.
Posted by BaronVonJ at 3:23 PM 2 comments: 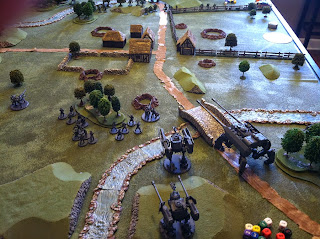 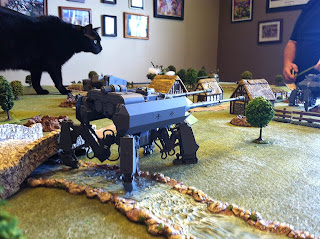 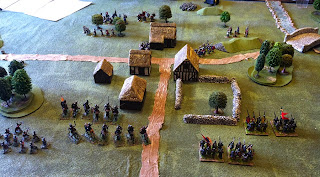 To the Strongest ( or is it Strangest?) 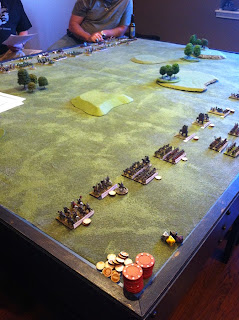 The Legion became lost in the Alpine passes. A strange purple mist filled the air. When the mist finally abated, the Legion was in a strange new land. No sooner had they taken in their new surroundings, when they found themselves facing a great horde of green skinned barbarians....
John, over at Curio Clashes, has been steadily building an EI Roman army. With no "proper" foes, Lead Addict graciously supplied his Demonworld Orcs. 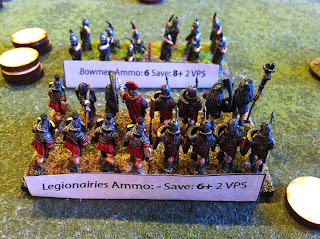 Temporary labels to help the players
We had around 200 points each side split under 4 commands. Making the fantasy stats was easy. Giants were treated as escorted elephants (hurling rocks and rampaging around when defeated), Trolls and minotaurs became Warriors with their thick hides providing 3 hits, and goblin wolf riders were an easy Light Cavalry call. 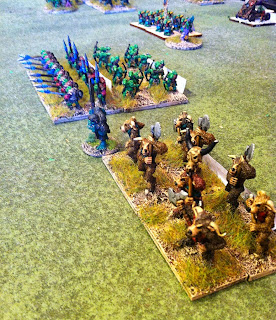 The Romans started with horrible Activations. Again, I used d10s instead of playing cards. The dies sit behind the troops and take up less space than cards in my 6" squares. Orc catapults caused the first casualties. Roman flanks were able to drive back, but not destroy the pesky wolf riders. When the center connected, the Legions pilums had little effect. The orcs clearly had their blood up. The Legion didn't stand a chance. 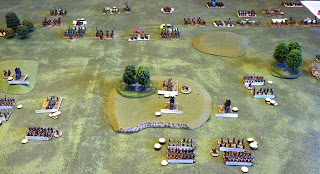 Gotta find a better way to mark ammo. The markers were too intrusive for me. 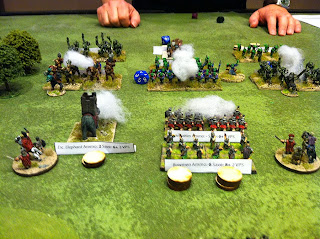 It was a lopsided orcish victory, mostly due to our poor generalship and die rolls, not the rules. With cries of "tonight we feast on man flesh!", the orcs wandered towards an strange, purple mist....
Posted by BaronVonJ at 8:00 AM 6 comments: 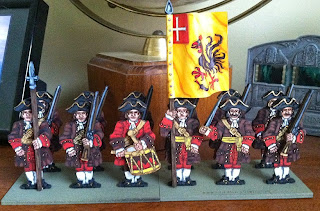 Just a shot of how the King's Life Guards are coming along.
Posted by BaronVonJ at 6:12 PM 3 comments: 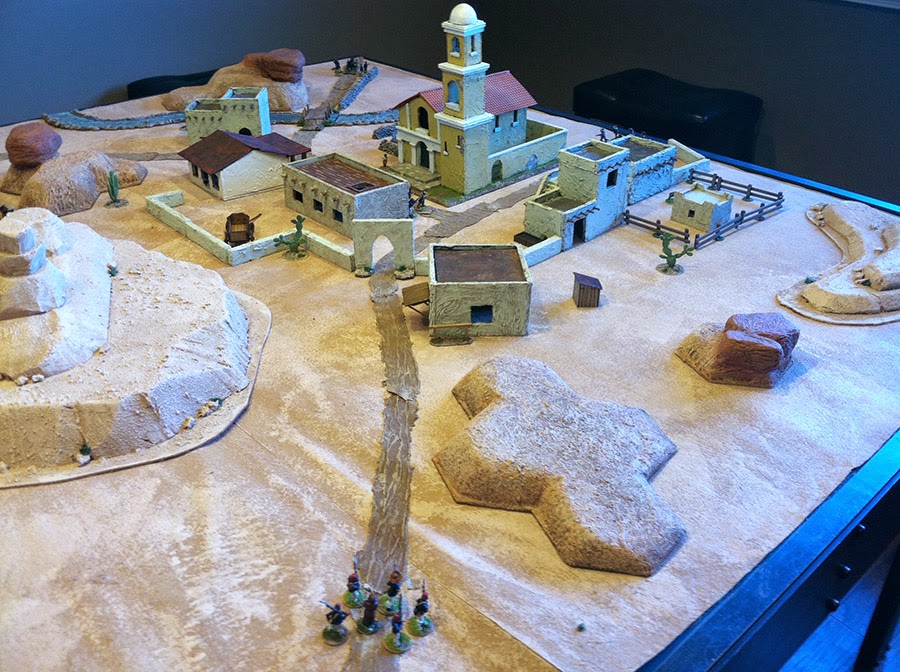 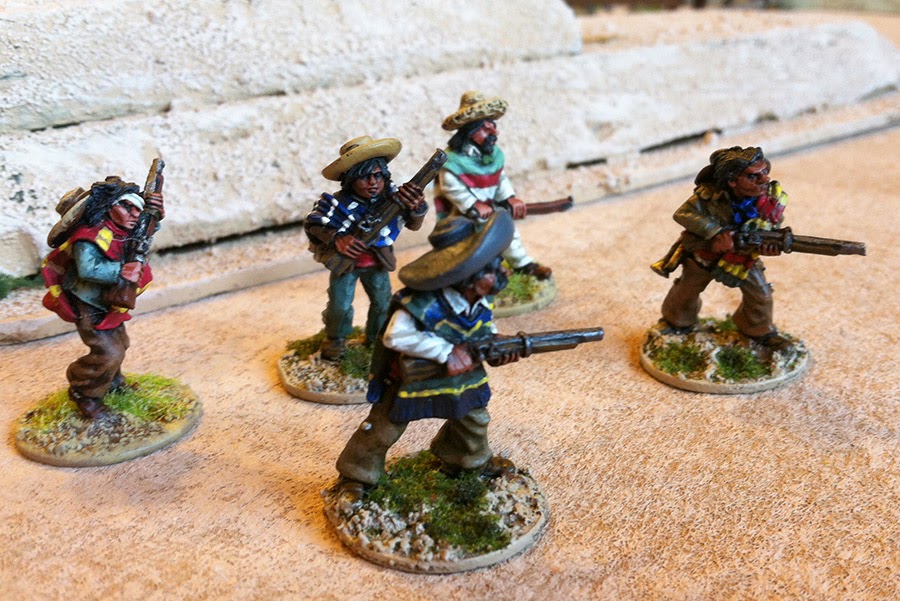 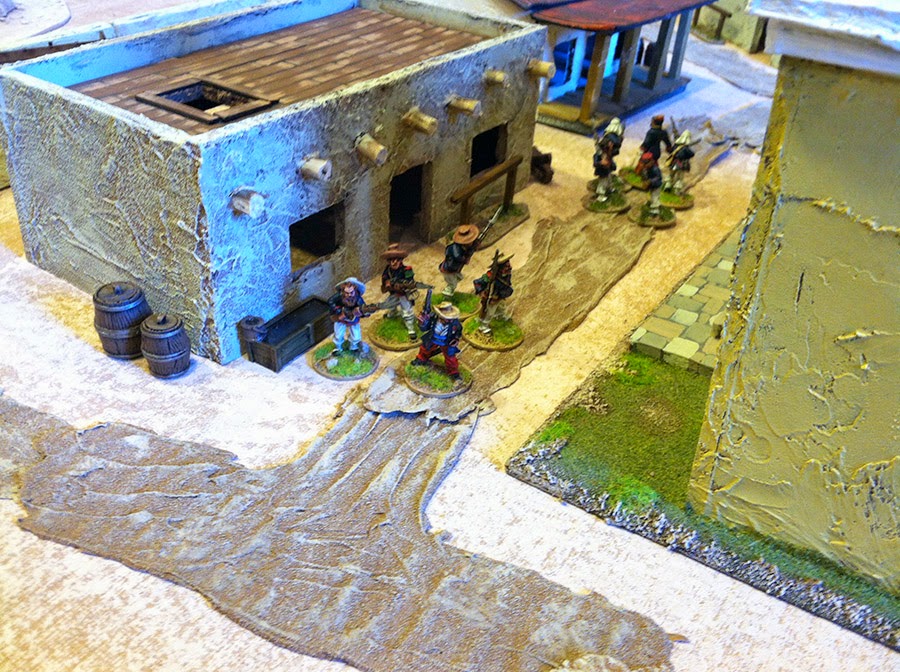 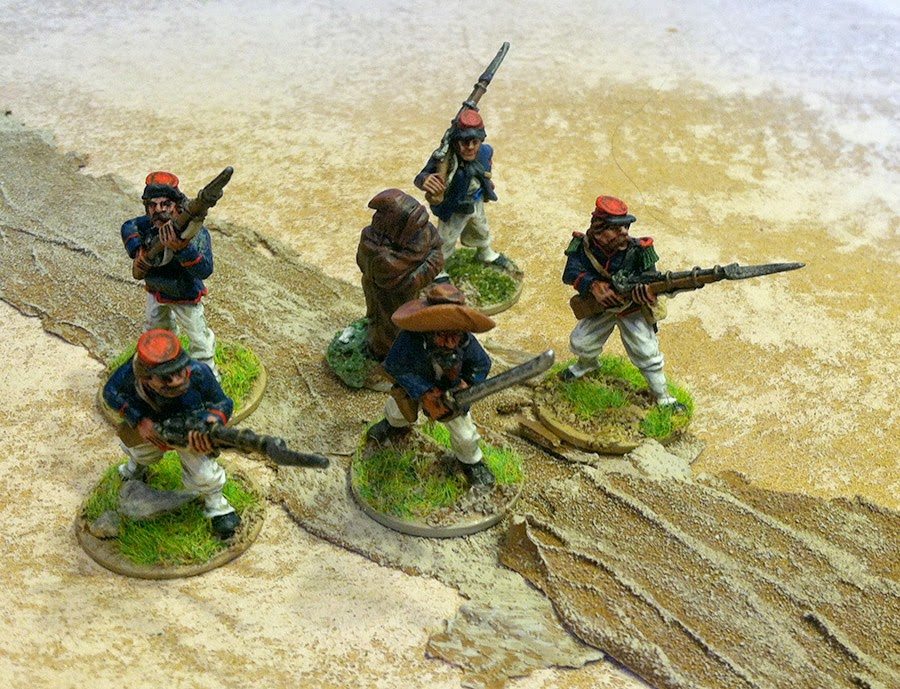 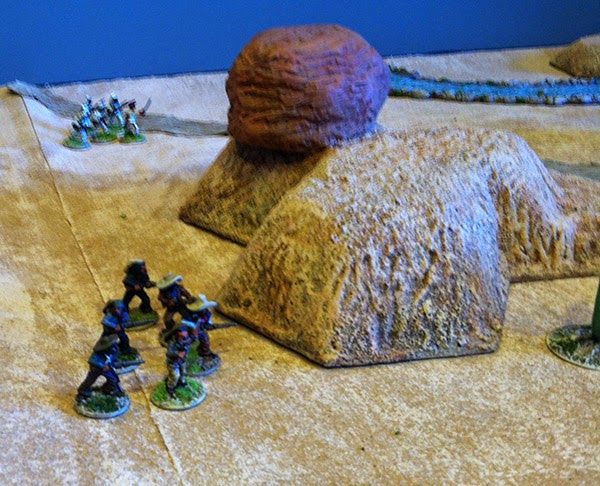 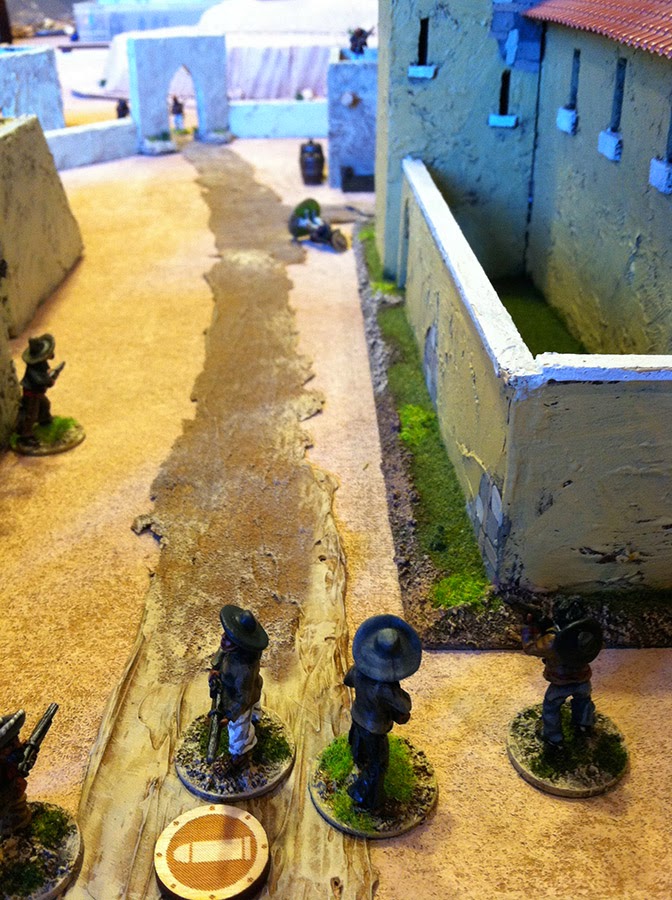 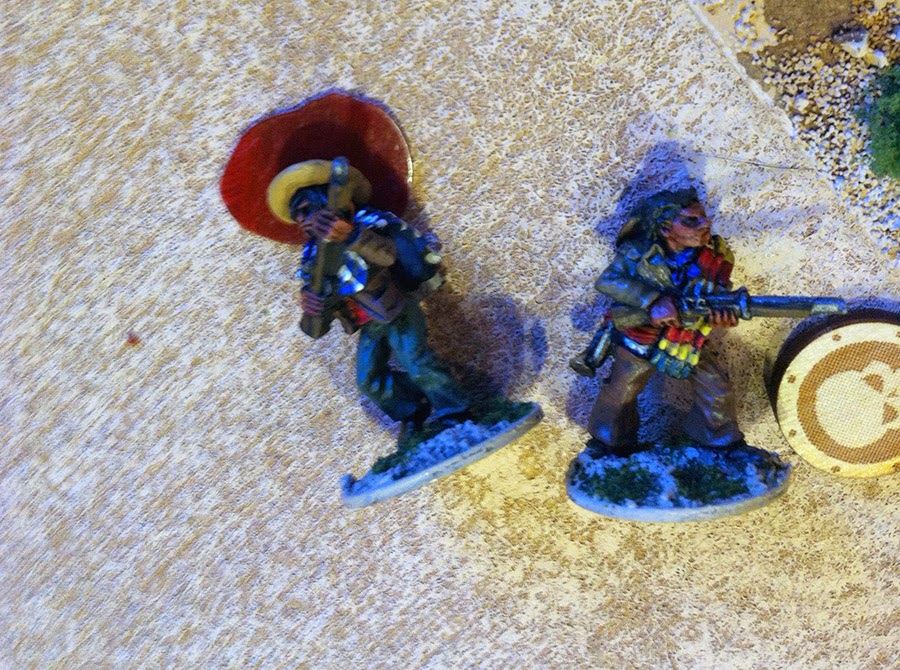 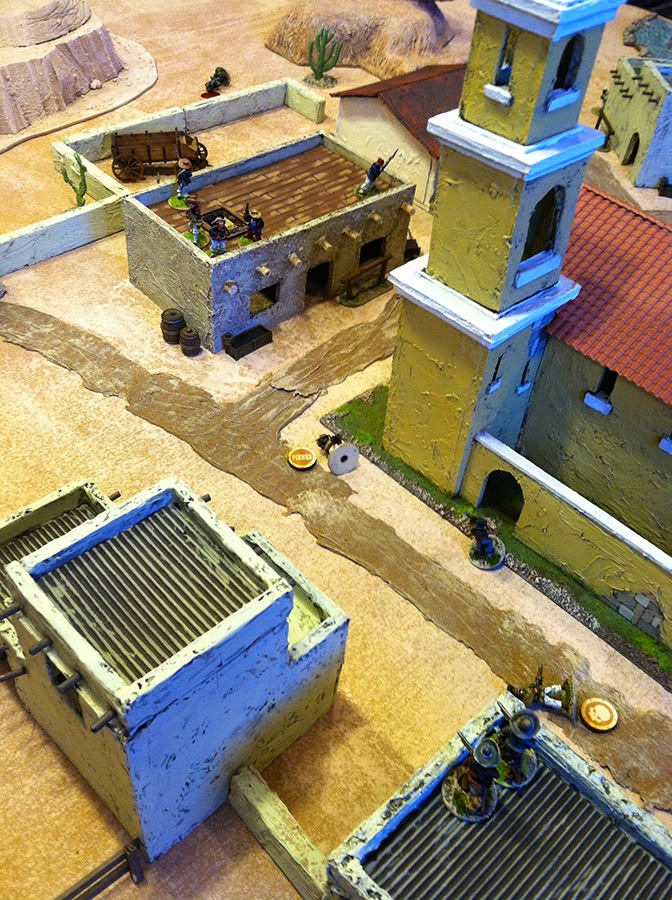 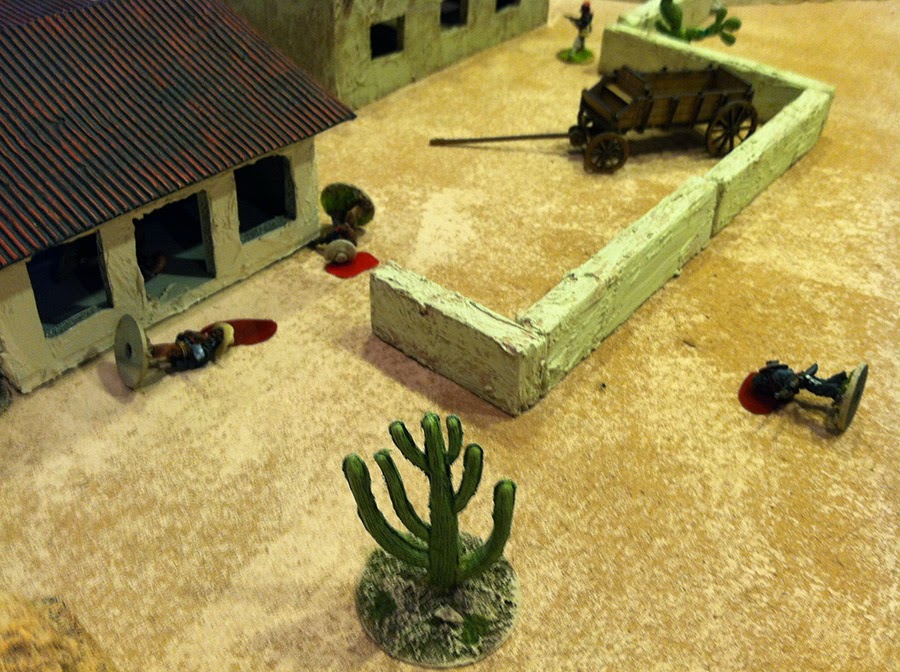 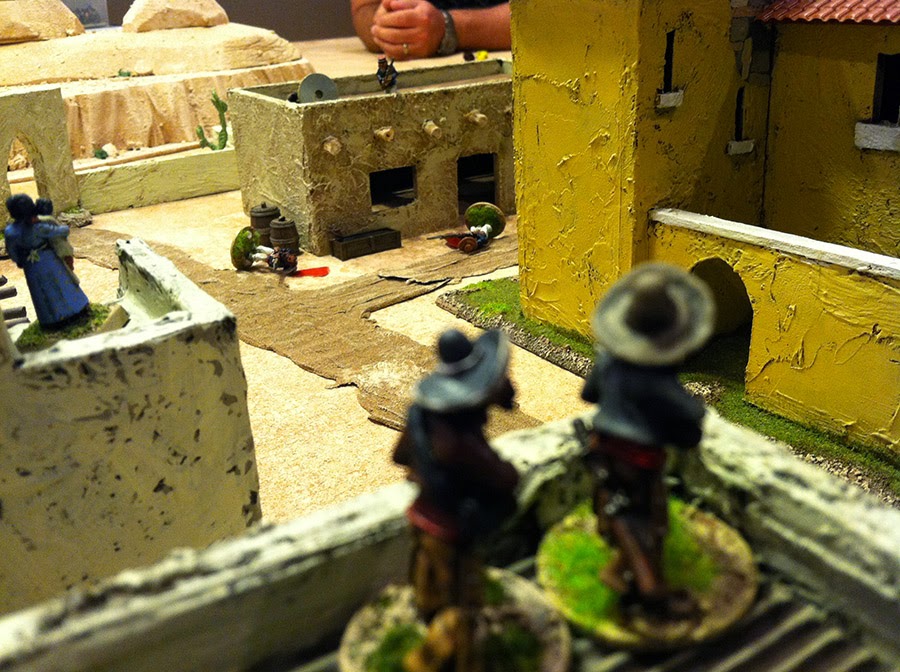 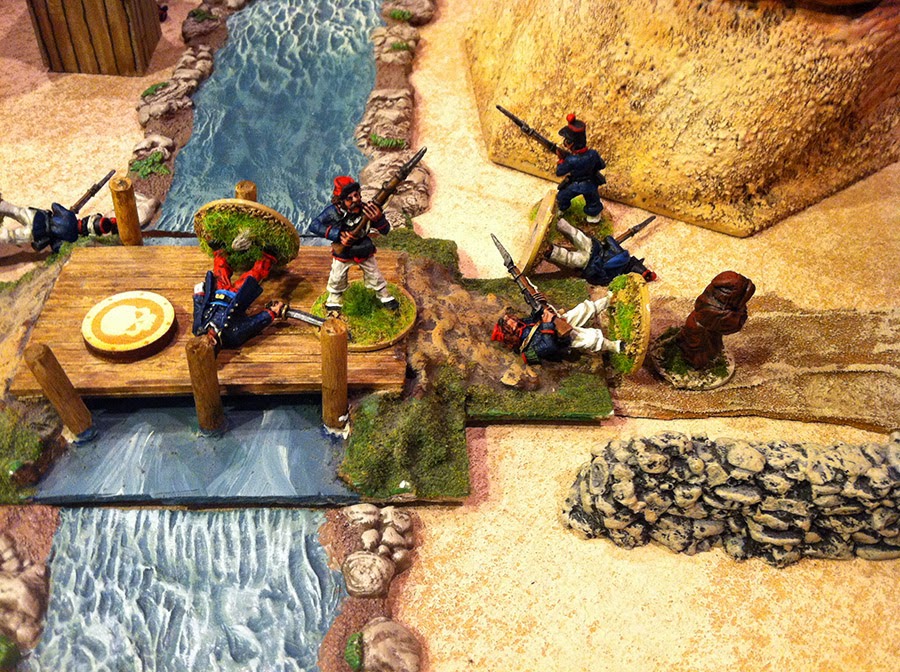 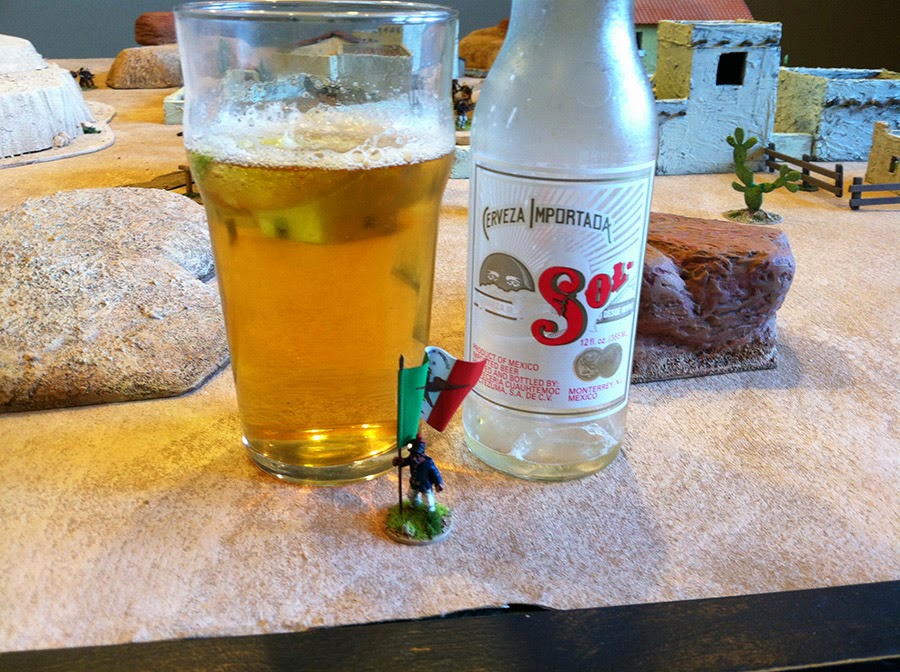