My lead pile runs deep. I've been enjoying Lion Rampant quite a bit. There's news that a Fantasy version is one it's way, "Dragon Rampant", but I can't wait that long. The forces of Chaos are too strong... 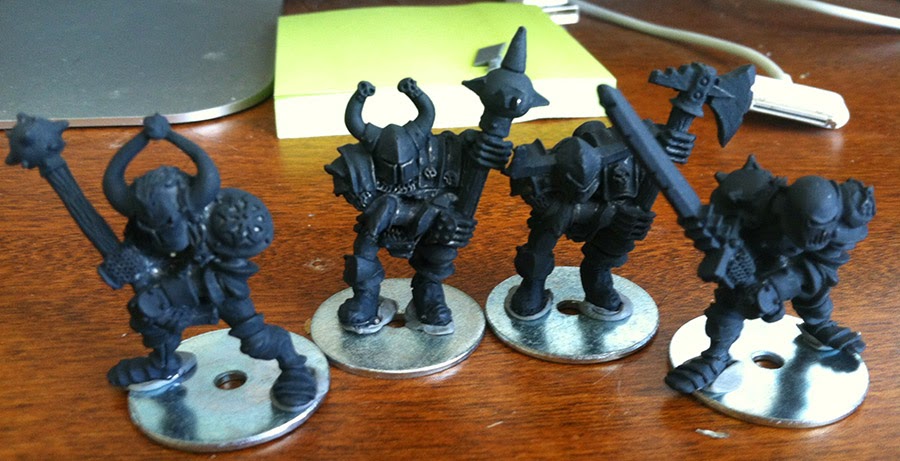 These boys are getting a coat of paint (in suitable Chaotic colors) and will join the banner Vorak the Vile in his conquest of my table. They'll be treated as Foot Men-at-Arms. I've got mounted forces coming, too. 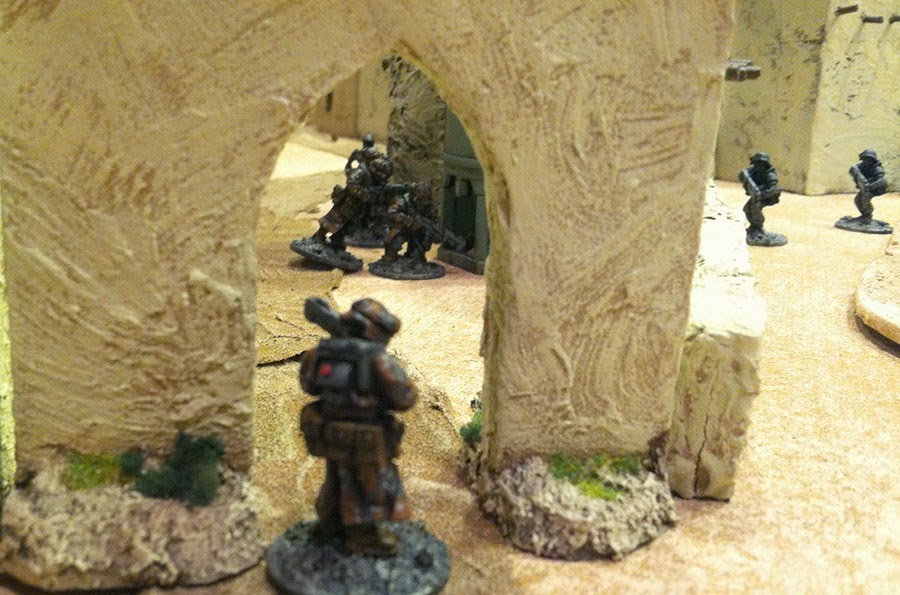 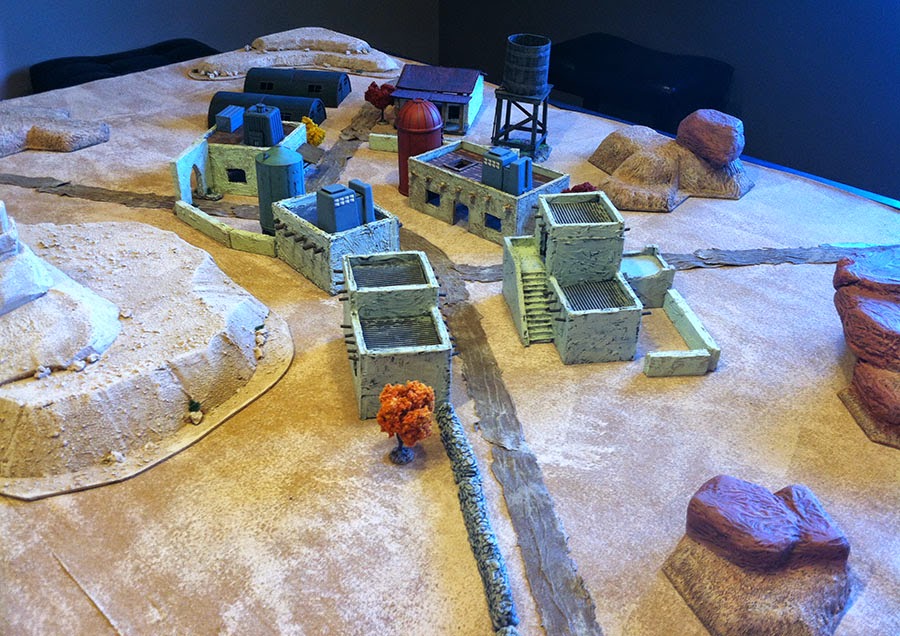 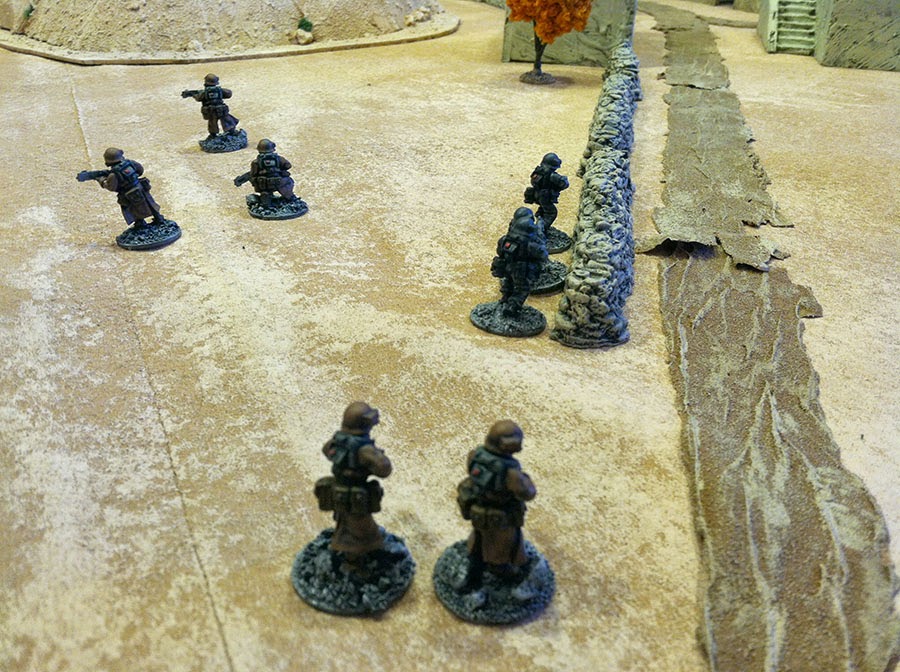 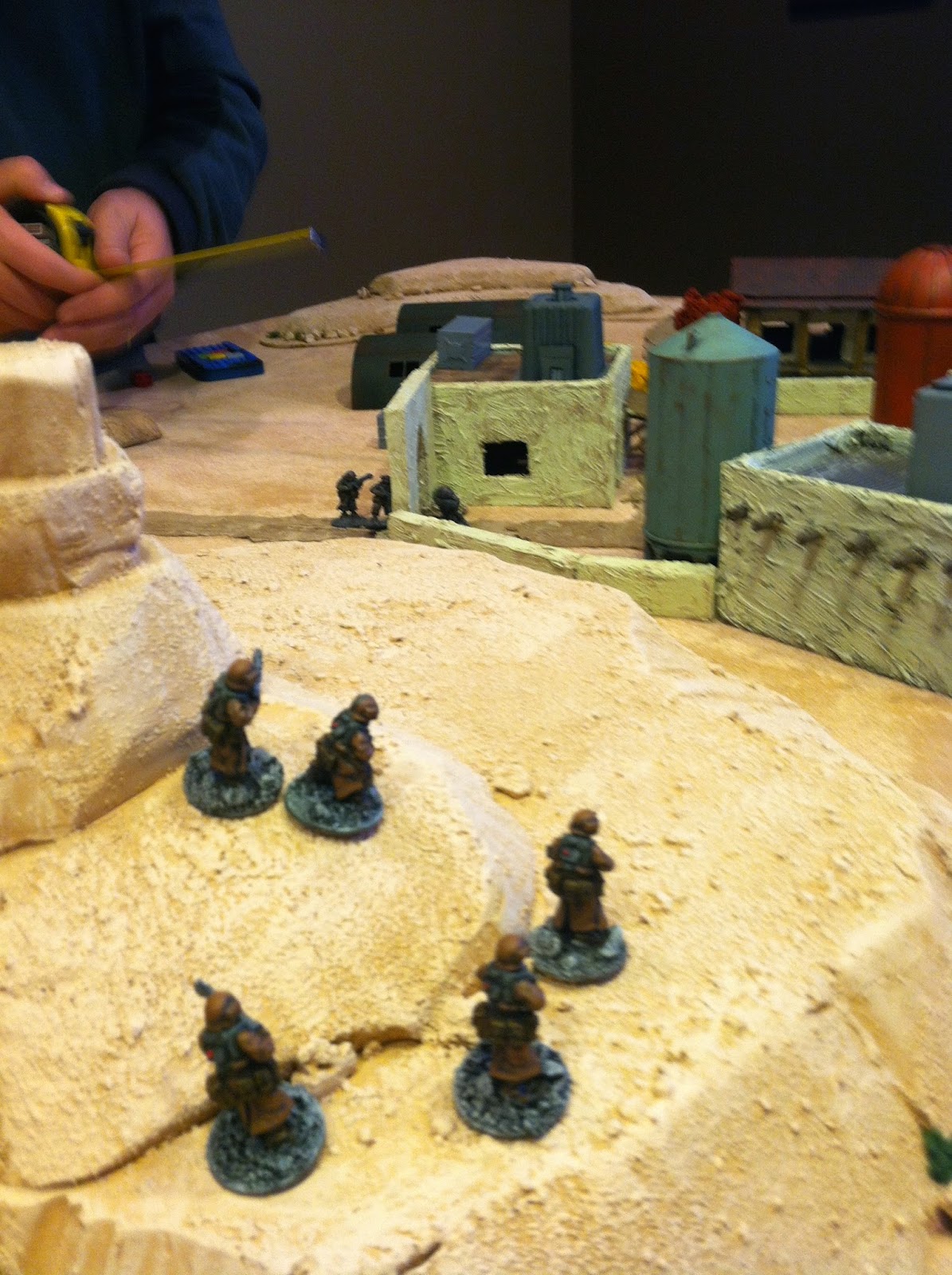 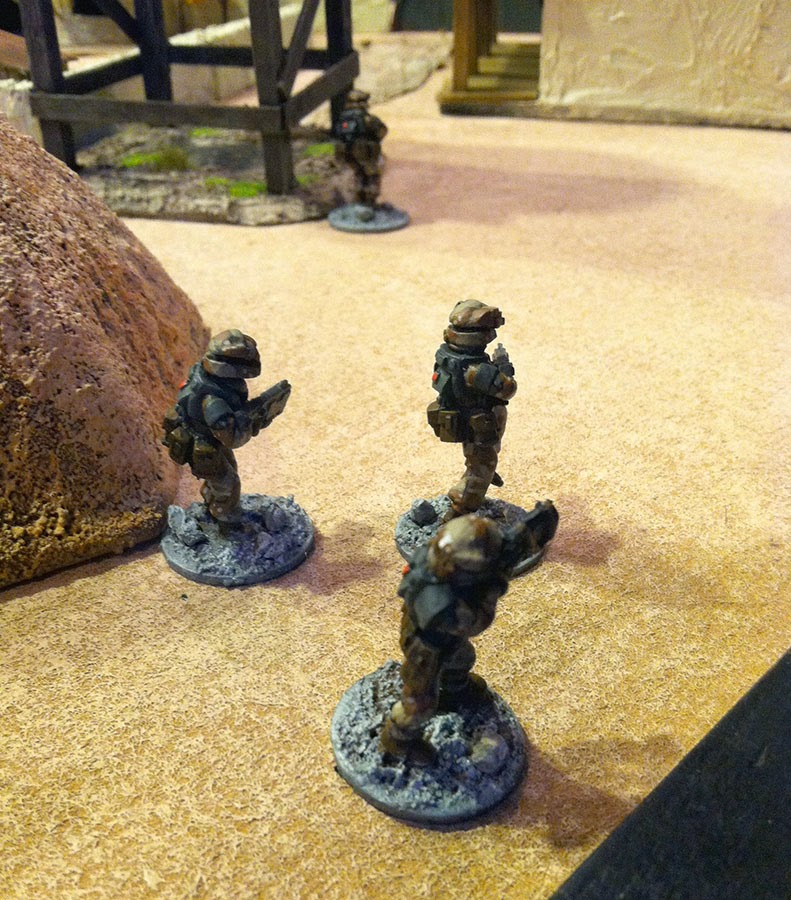 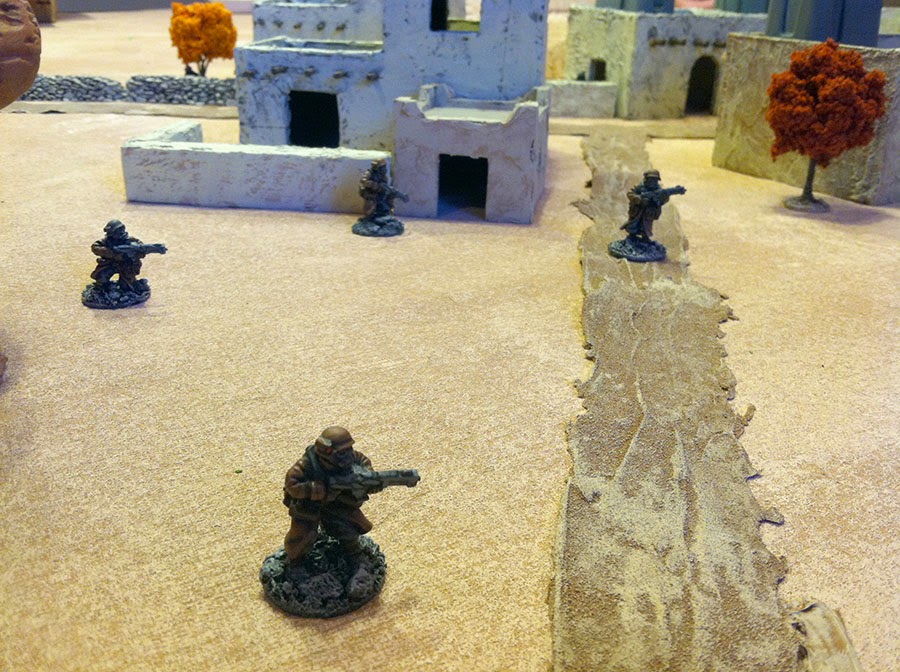 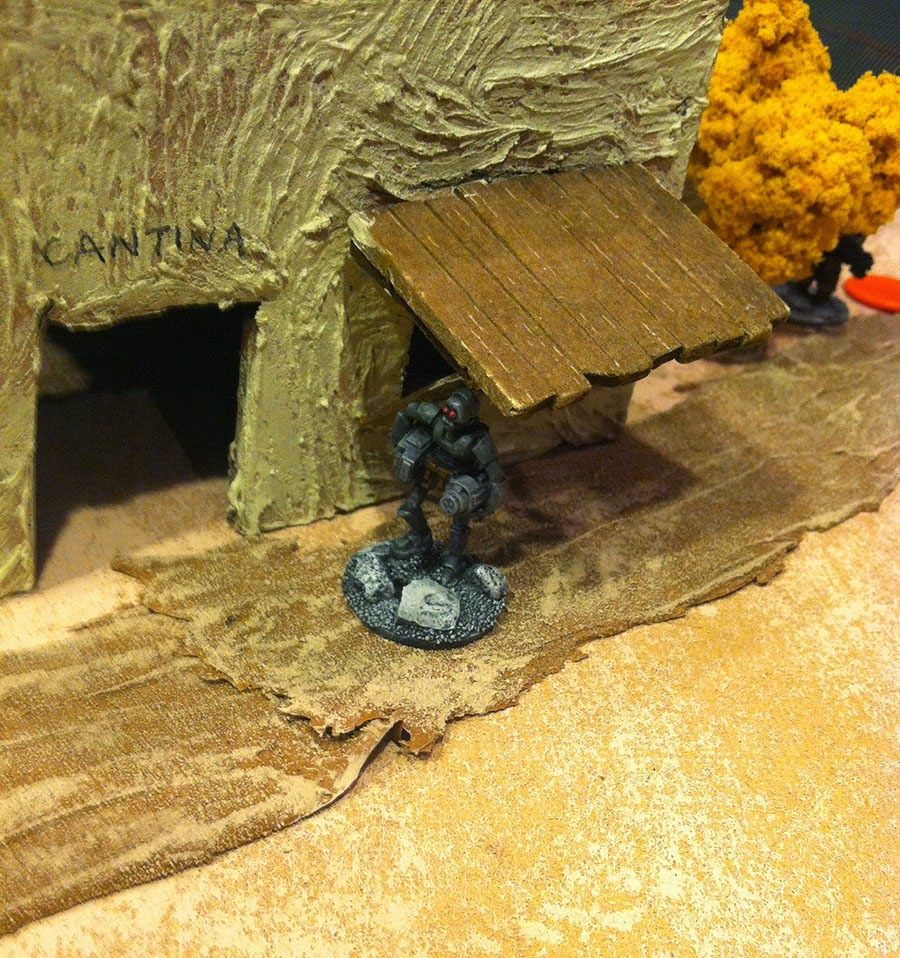 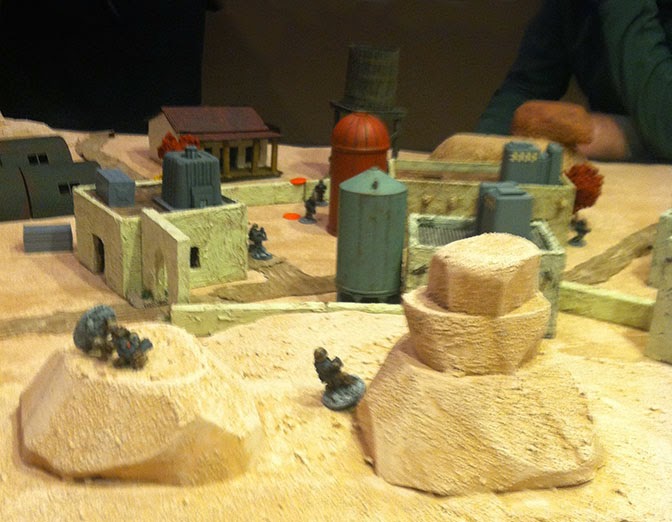 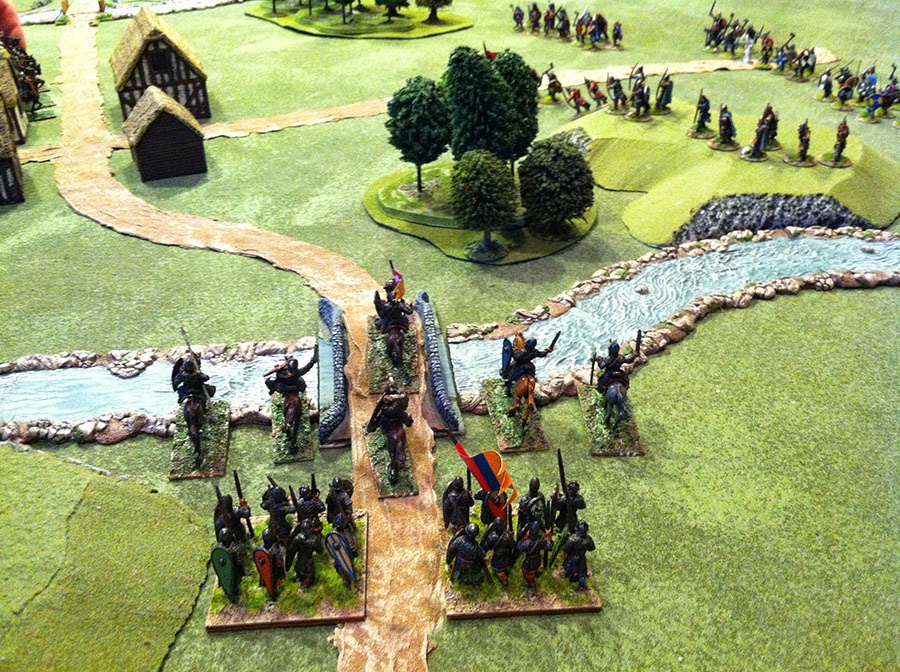 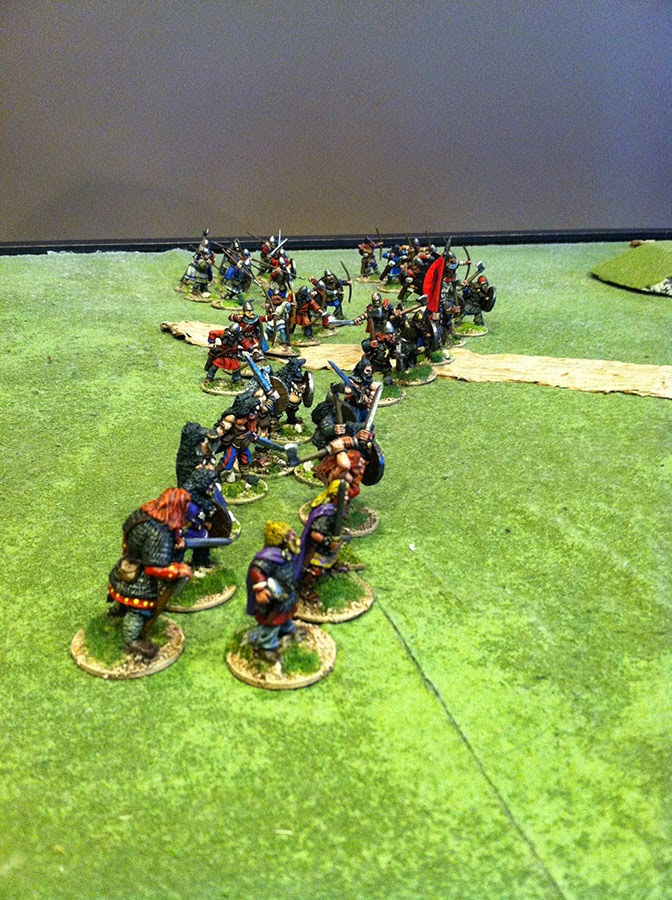 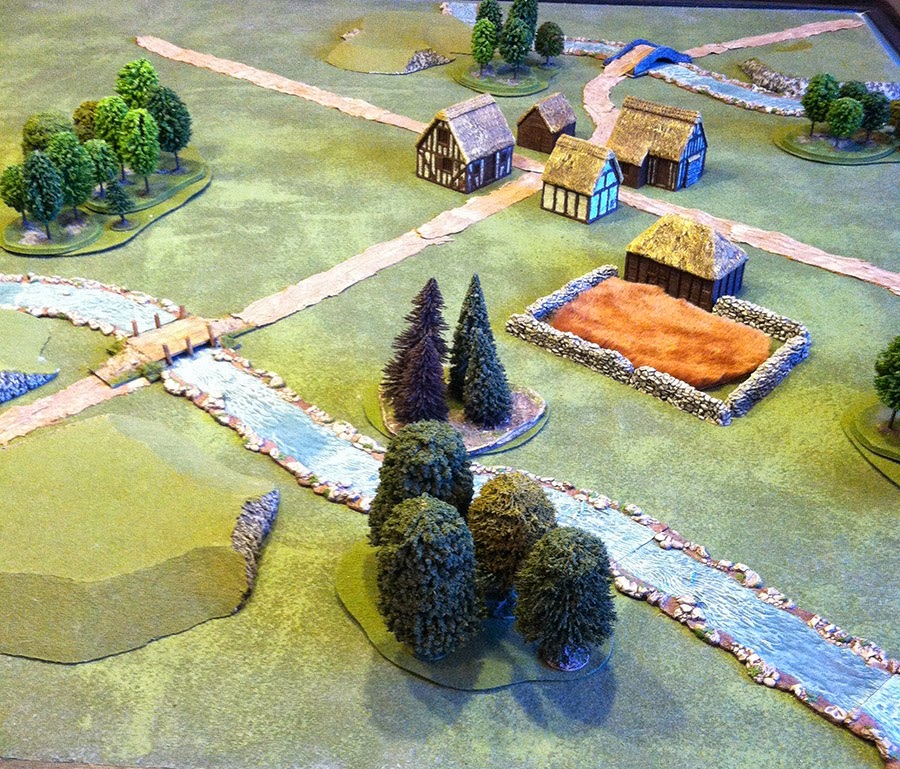 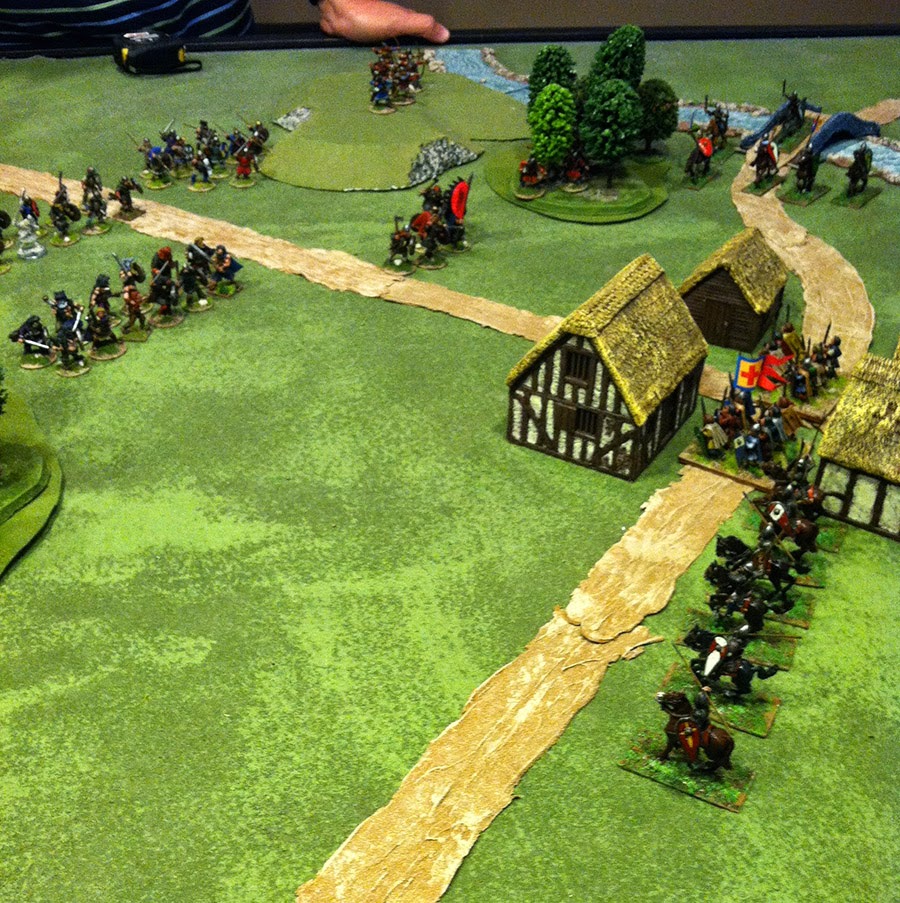 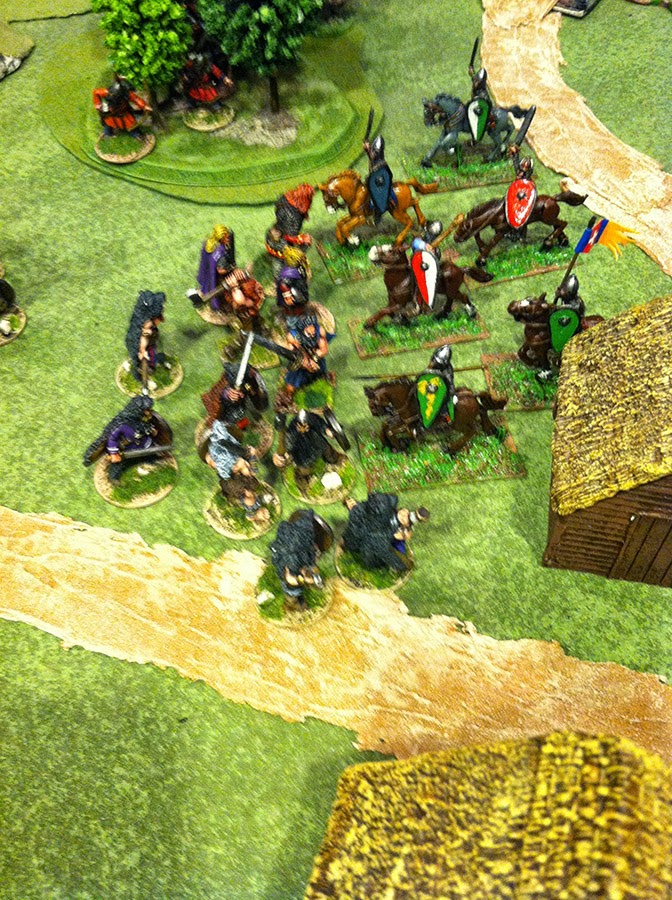 Beat Down at the Bend - A Campaign for the Kingdom game 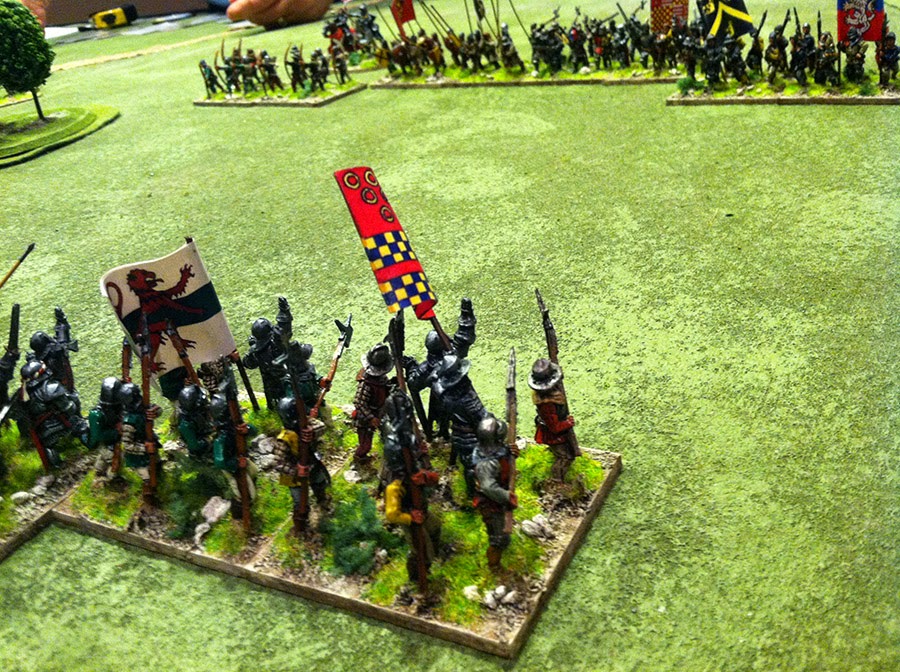 With Horace dead, the field was wide open for claiming the throne. Roderick was the next logical choice, Lionel, Baron of Stonekeep, thought Roderick a poor choice. Lionel was one of the few remaining lords since the beginning of the conflict to still have his head. He intended to keep it that way. 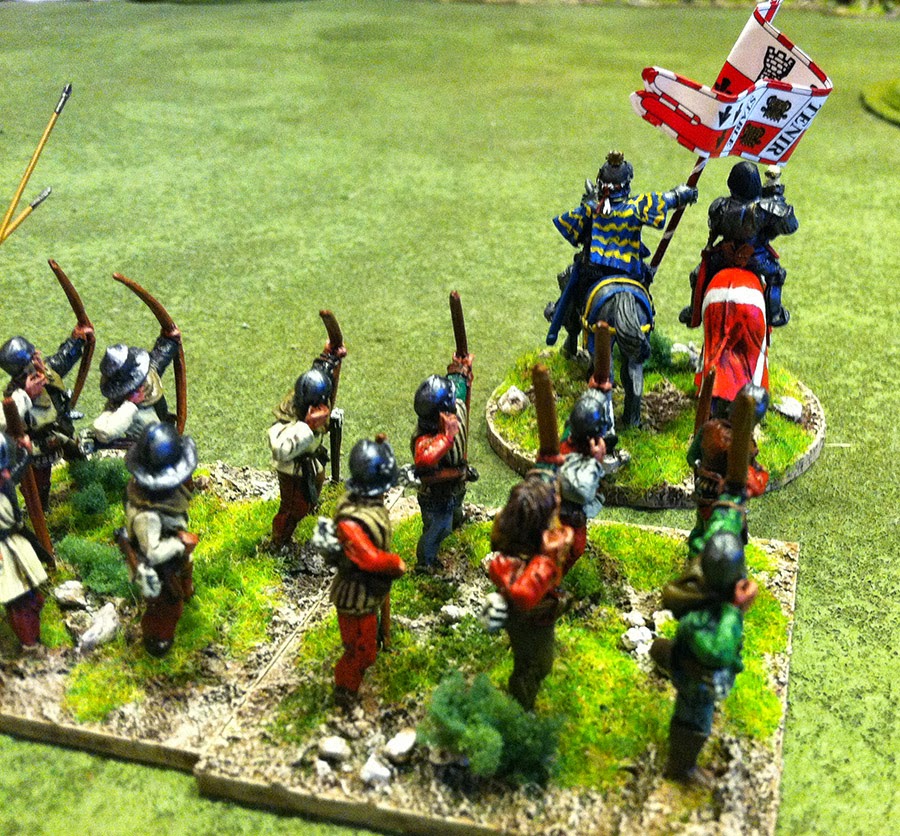 Lionel leads his men forward.
With winter finally receding, the campaign season began. But before young Roderick could rally other lords to his banner, Lionel struck. He began burning the southern part of Roderick's lands, drawing him out to a place of his choosing. It was bend in the river that would constrict Roderick's movements. The brash young lord fell for it. 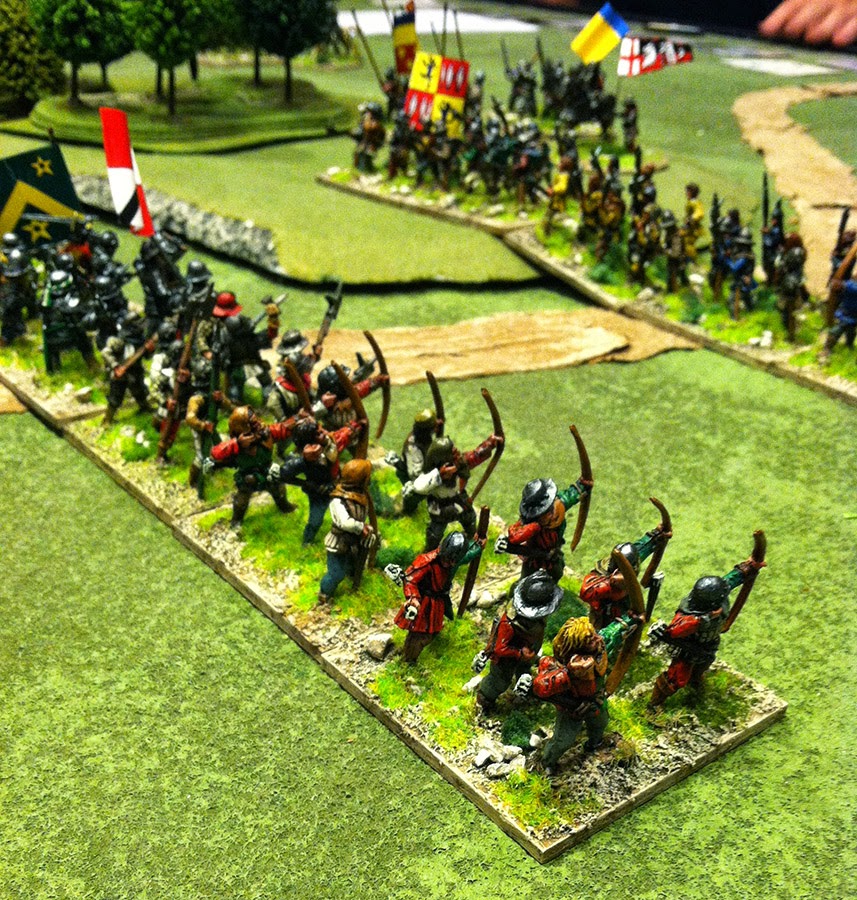 The forces were evenly matched, and both felt God was one their side.
Baron Lionel had brought the veteran campaigner Duke Ulrik and his band of barely civilized northern Islemen. Roderick was only able to bring another young, inexperienced leader, Archibald, Duke of Westgate.
It began, as always with some ineffectively archery. Then grew to a brutal scrum. As planned, Archibald was unable to to effectively concentrate his forces due to a small wood in the center. Despite this, he managed to run almost half of Ulrik's not-so-brutal Islemen off. 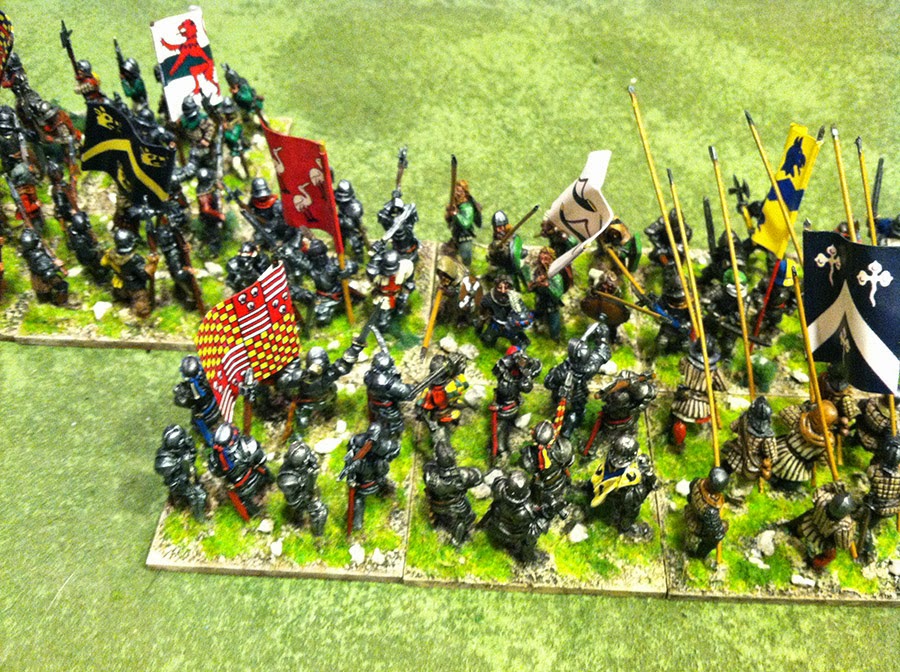 In the thick of it.
But the big moment came when Roderick and Lionel's forces collided. Roderick was able to get his timing just right and sent a hellish charge unto Lionel's men. They dealt many casualties. Casualities that should have broke Lionel's line.
But they didn't. The men of Stonekeep held, and in return dealt their own death.
Roderick did not hold.
The new standings: 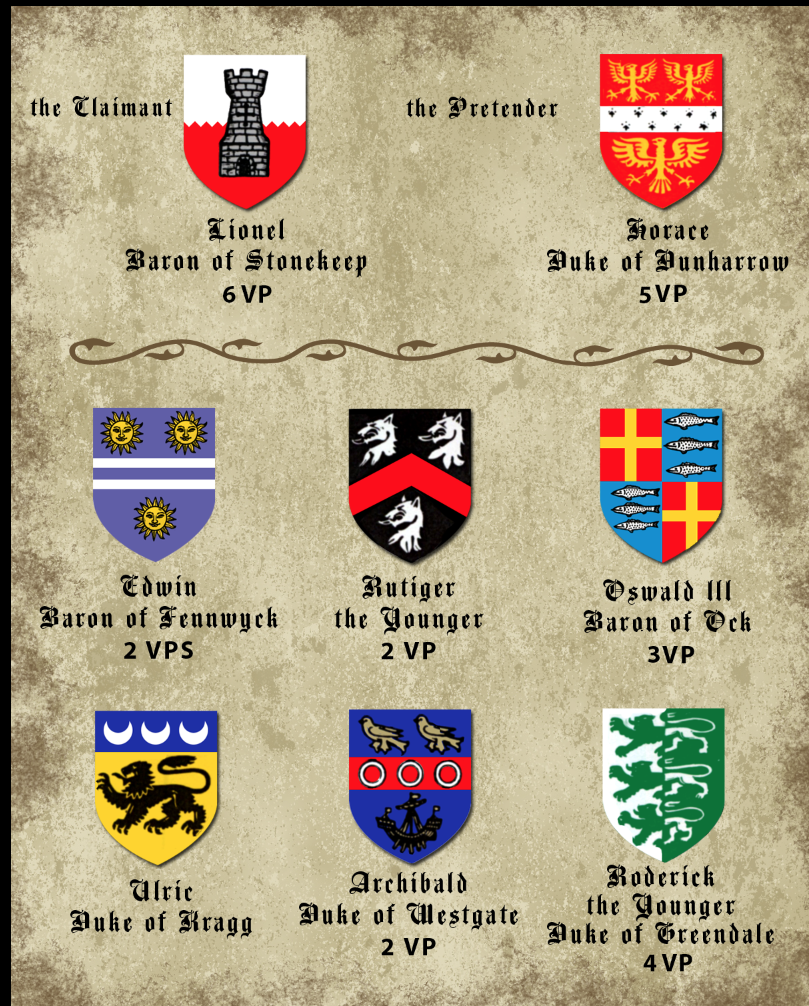 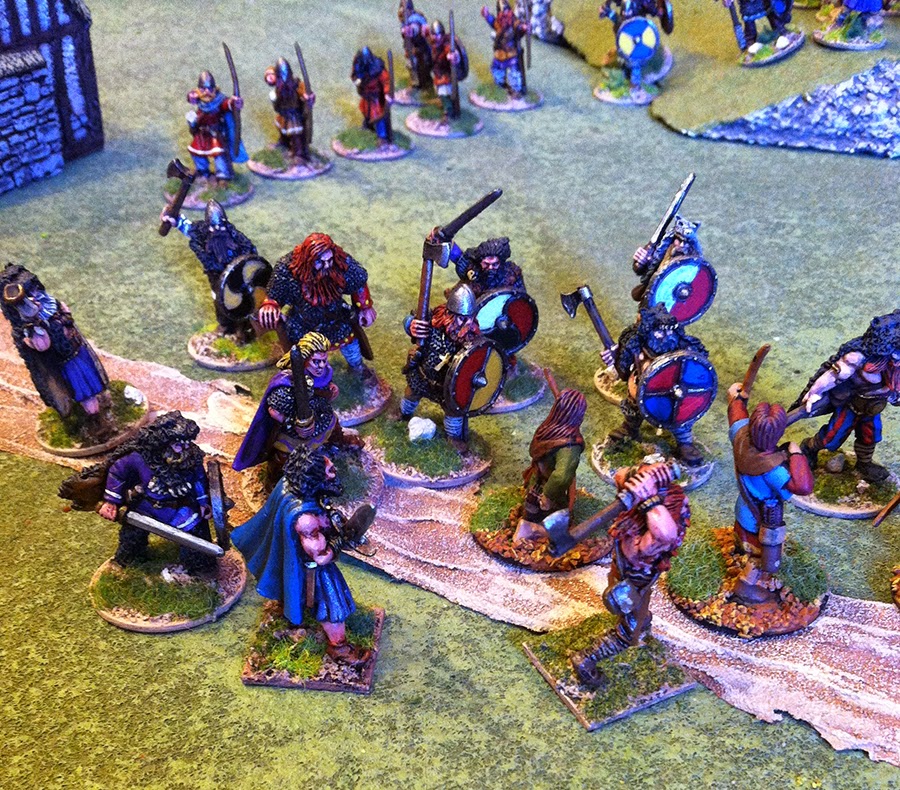 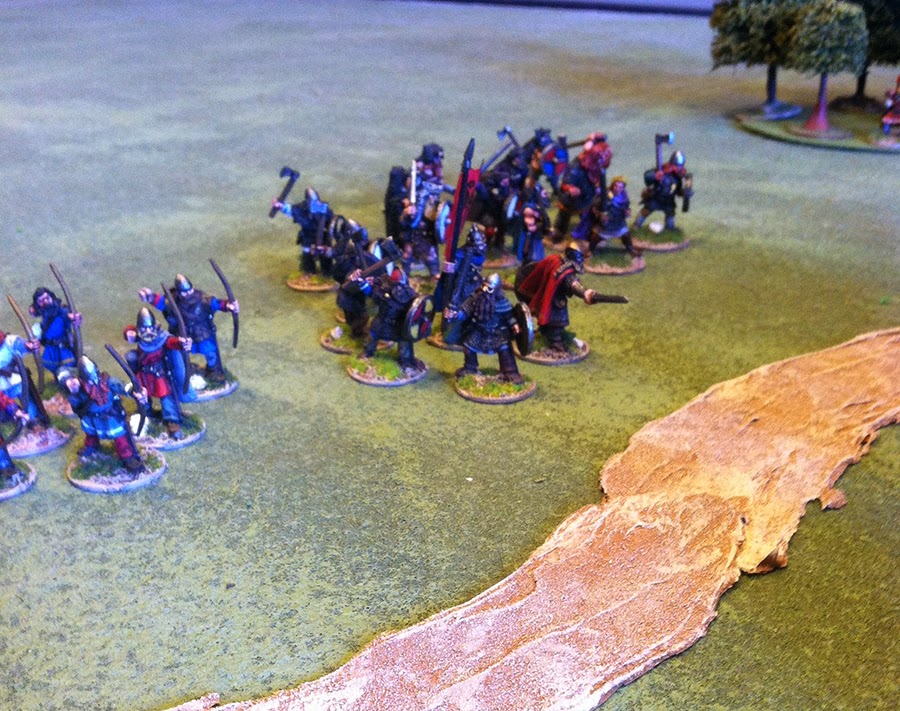 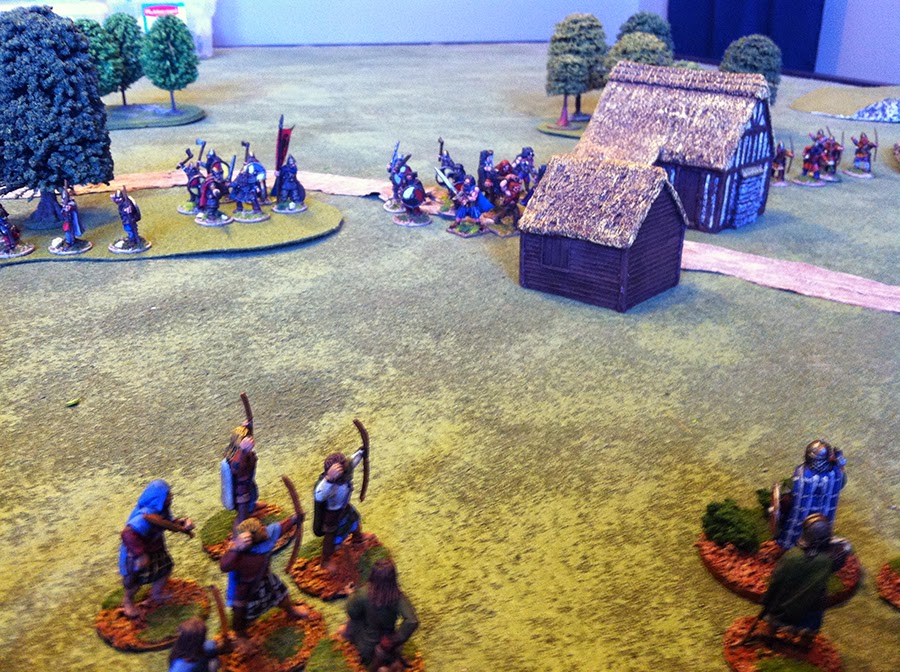 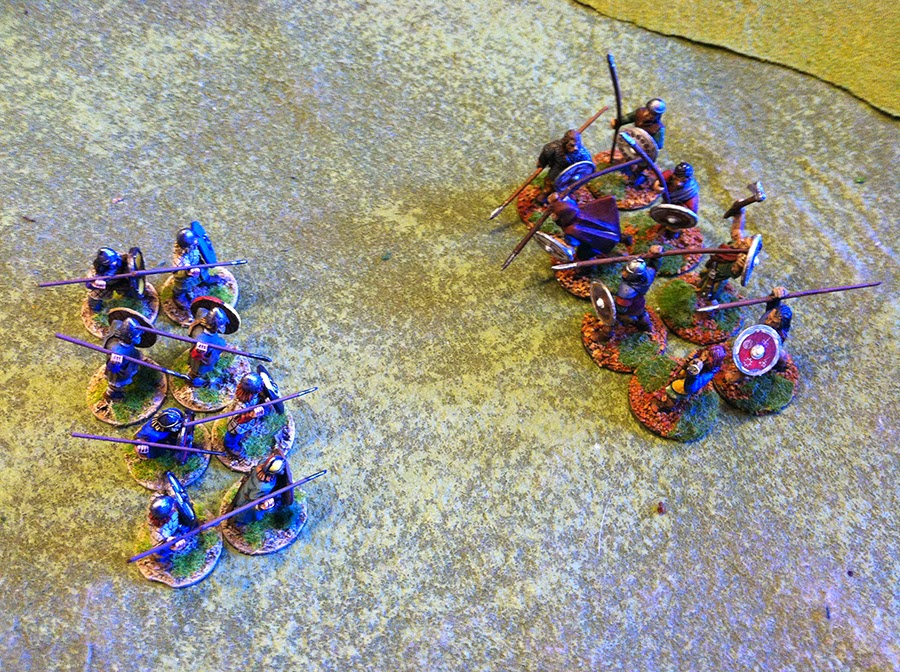 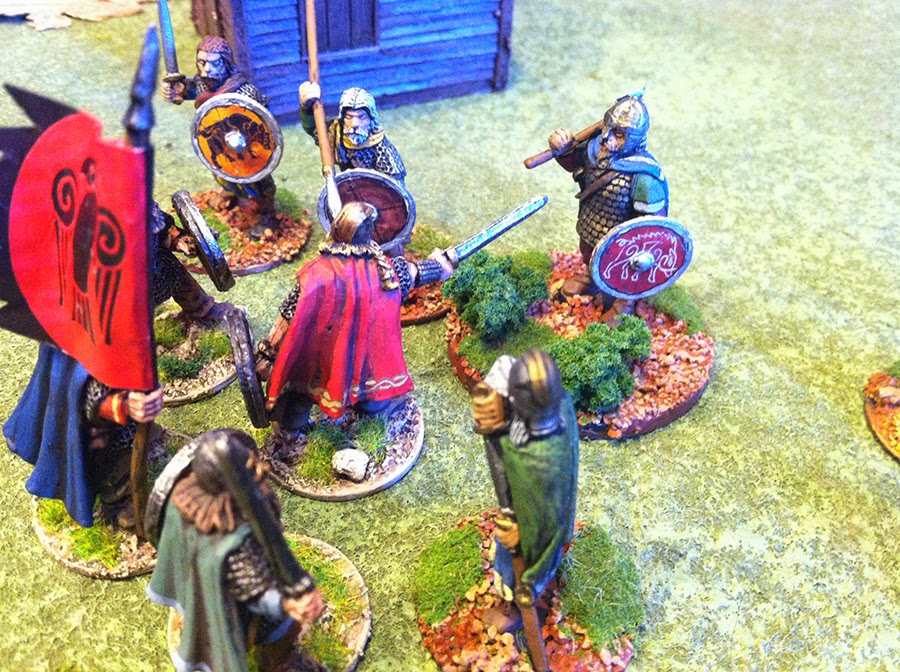 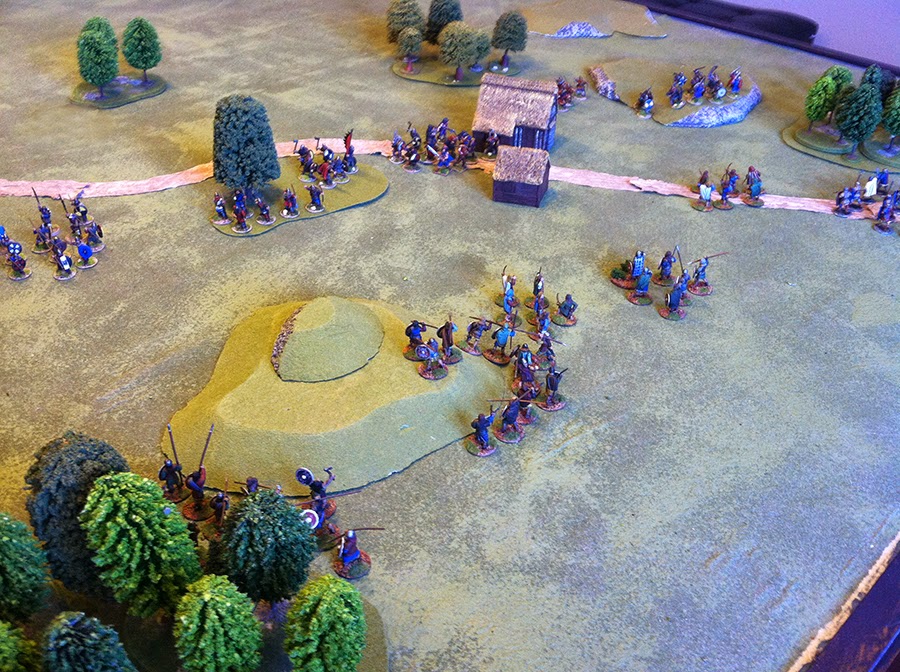 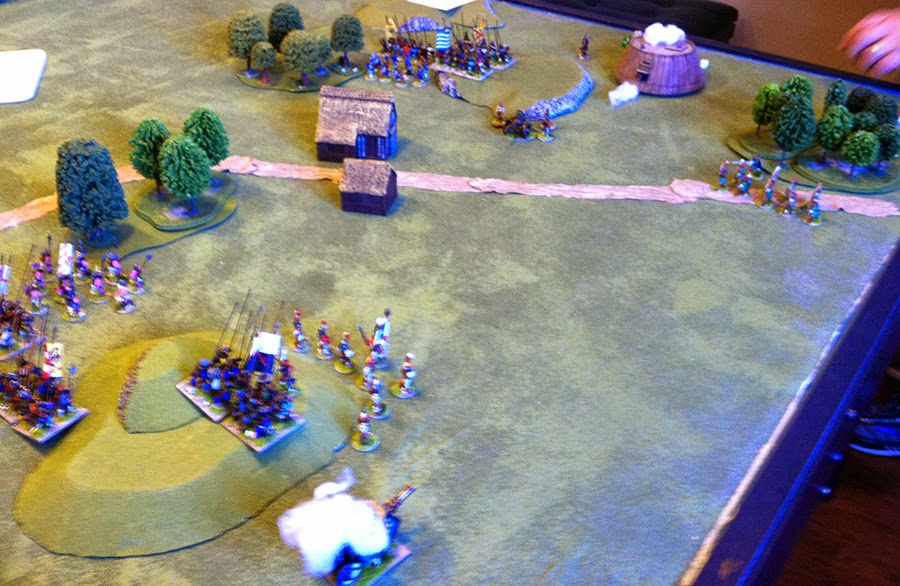 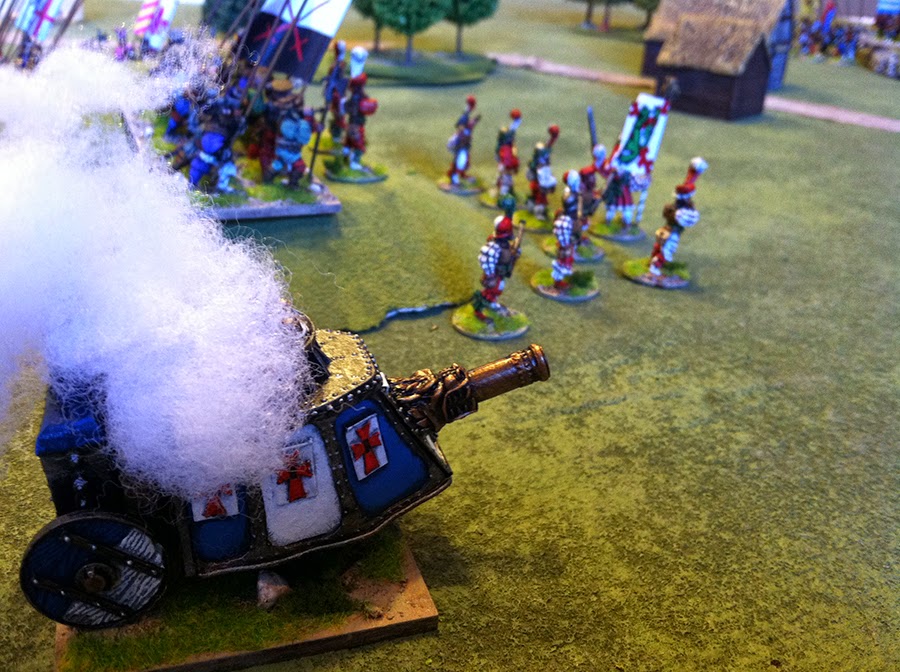 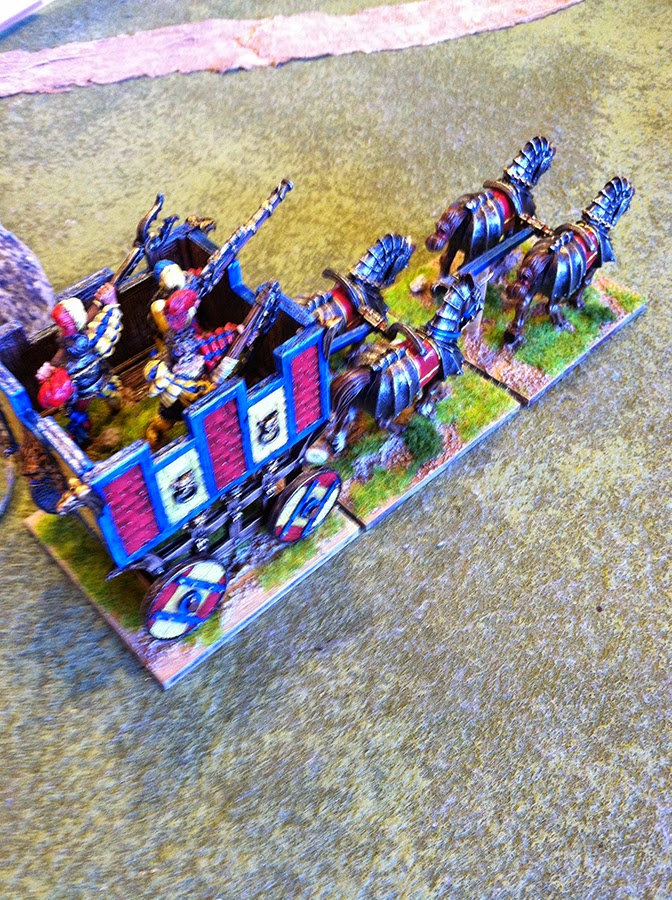