We had another fun, informative playtest of of our upcoming mech battle title Battlesuit Alpha.

This was a 4 player game with each player running around 5 mechs. The rules allow players to control vehicles, infantry and flyers too, but we kept it a pure mech battle this time. The mission: find a downed pilot being held by rebel forces. 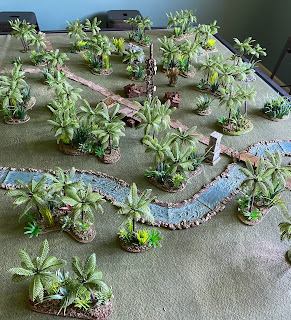 Do you know where you are? You're in the jungle, baby... 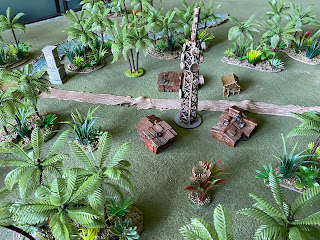 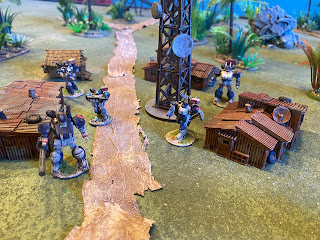 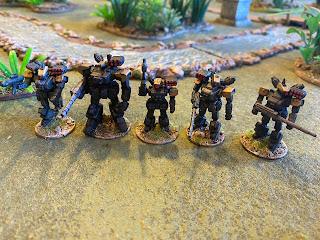 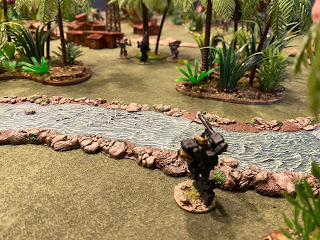 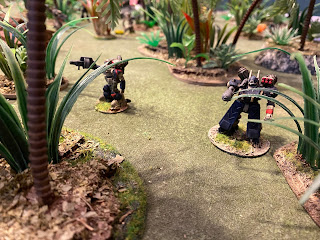 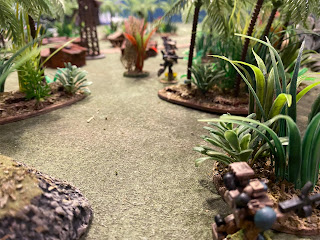 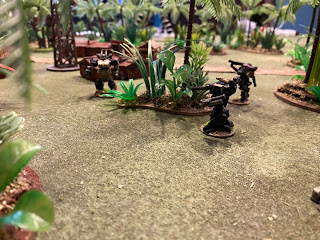 The Rebels saw losses early but quickly rallied and during close quarters action soundly stomped the attackers. They would hold on to the pilot and his important intel.

We used DP9's Heavy Gear miniatures for this particular game, but the rules are designed to use whatever you have; Battletech, CAV or any futuristic mechs you can buy or print.

A video AAR can be found HERE: