Not much to say here that I haven't already said about FPGA. Always provides a great game, and Scott's 6mm armies are fantastic. I might need to paint up some Russians... 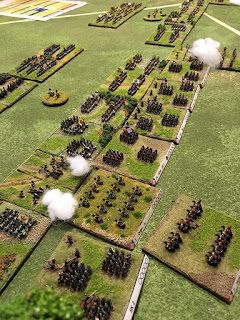 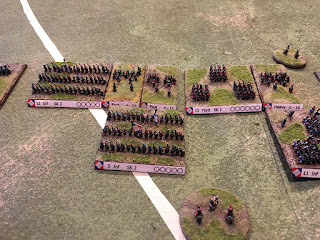 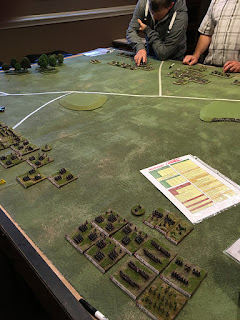 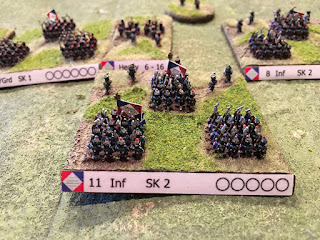 The French got some lousy Command Dice, and first through eighth blodd went to the Austrians. It was beginning to look like a lop-sided Austrian victory until the French left flank started tearing up the competition. 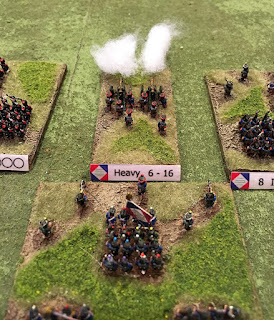 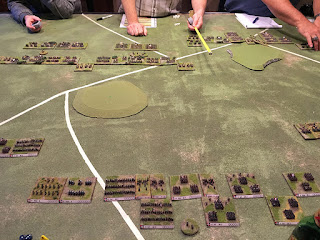 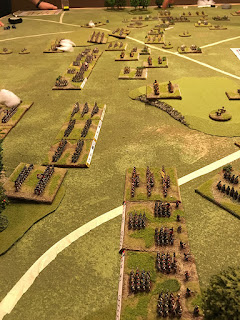 However, it turned out to be too little, too late. The French failed a Army Break test and fled the field. I have yet to be on the winning side of this game, but it hasn't reduced my liking it.
Posted by BaronVonJ at 8:45 AM 1 comment:

Fistful of Lead: Horse & Musket, the Legion in Mexico Republican forces are in need of supplies. Only a small garrison of French Foreign Legion guard the small village Agua Verde. Will the villagers rise up and help?
The Legion had two players controlling 5 Legionnaires including a leader. They could set up anywhere in town, and chose to mostly stick to the high ground. 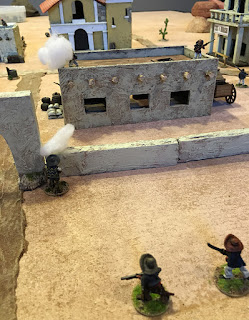 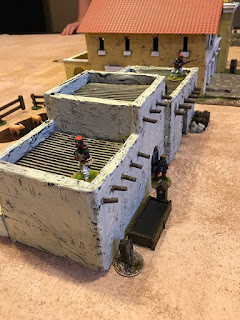 The Republican Mexican forces  were three players controlling 5 soldiers including an NCO. They had to find the supplies and escape with them if possible. The Mexicans also had the chance of enlisting the support of the locals. Each time a Legionnaire went out of action, the Mexican rolled a d10. A "1" was needed for the first attempt. If another Legionnaire went down, a "2" and so on. Thus, each Imperial invader knocked out increased the chance for help.
The game started with new guy Brett getting the worst of it. Three of his Republicans went down in the first turn. Soon all the Legion was raining death from the high ground.
A few Legionnaires went down, but the villagers failed to materialized.
This looked like a short game. 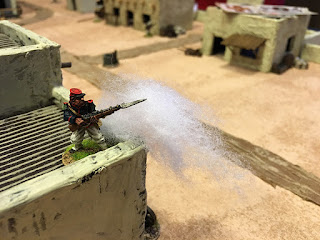 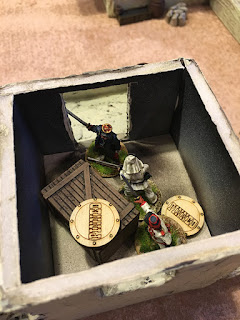 Suddenly the tide turned. A legion death triggered a machete wielding villager who randomly appeared in the church. He quickly ran up into the bell tower and dispatched the Legion sniper.
The Legion was going down, mostly in close combat, to bayonets and machetes.
I was a great game. Having to reload after each shot makes you really consider your shots. As usual, the Legion died gloriously and uncelebrated.

I mounted and painted up some of the scatter terrain to show some possibilities. 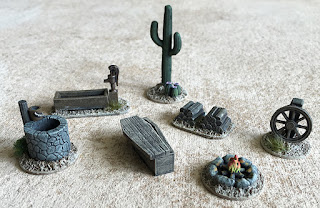 Posted by BaronVonJ at 11:08 AM No comments: 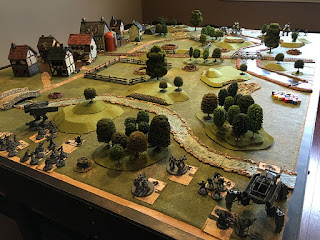 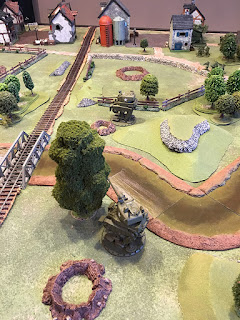 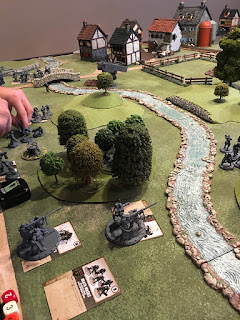 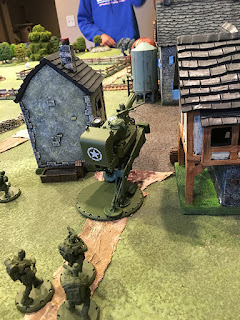 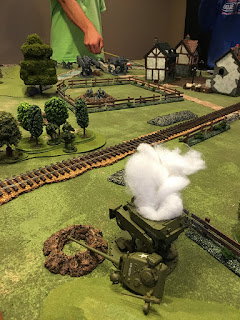 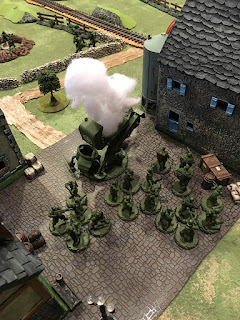 I figured a bunch of low attention span video gamer teens would get bored soon and just throw their forces at each other in a giant firefight.
I couldn't be more wrong. What I got were very thoughtful plans, very deliberate actions, and possibly some new recruits to the hobby.
Normally I wouldn't have unpainted miniatures touch the table, but I have a large collection and not so much time. No one seemed to care, and it lent a old school toy soldier vibe to the whole thing. A short game went long into the night, as neither side would surrender. I got alot of "that was awesome" the next morning, a generally warm feeling inside.
Posted by BaronVonJ at 9:12 AM 1 comment:

We've messed around with the great modern skirmish rules 5 Core before, using SF miniatures. I wanted to try it out for a small fight between American Paratroopers and German troops using John's beautiful troops and terrain. 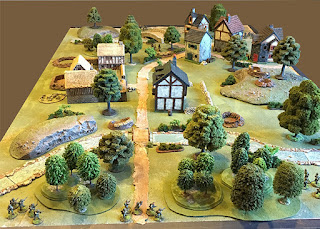 The US forces consisting of 3 squads of 5 paratroopers had to blow up an ammo dump hidden in a fortified farmhouse. The Germans had one command unit in town, while two other squads were just coming back from patrol. The Germans are unaware of the US objective.
Because the Germans got the advantage of defense, the paratroopers got a small mortar asset to call in. 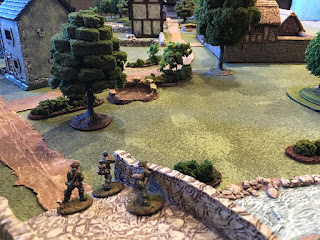 Both sides benefited from "Scurry" moves early on. Some well timed "Firefight" rolls later helped the now in position German MGs tear up the GIs. 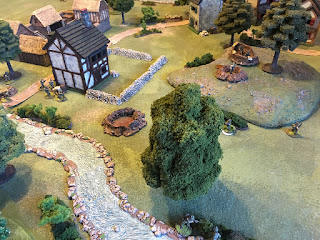 I didn't take too many pictures. I actually got to play this time.
5 Core gives a tense game where "real world" tactics tend to payoff. A well placed soldier can hold off larger forces until outflanked. The paratroopers were able to utilize their mortar assets to take out a few stubborn dug in German units, but unlike a lot of rules, the mortar didn't feel over powering.
These rules have really grown on me for the scale of WW2 games I want to do.
You should check them out.
Posted by BaronVonJ at 7:44 AM 3 comments: