Fistful of Lead: The final showdown

Marshal Bill Marshal was the toughest man ever to draw breath. He'd put more bad guys, scoundrels, and ne'er do wells in the ground than cholera. But his reckoning was coming.
Organized by those blackards, the Dixon Gang, every scum and renegade in the territory was riding hard for Lesterville to put an end to Marshal Bill. 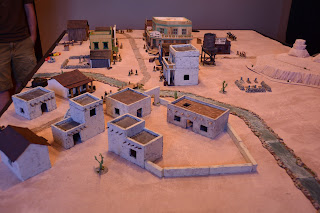 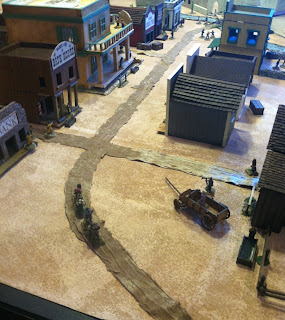 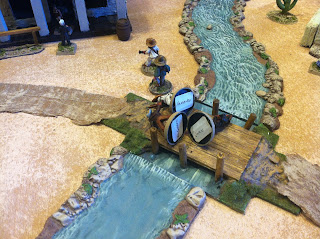 El Guappo's crew gets piled up on the bridge... 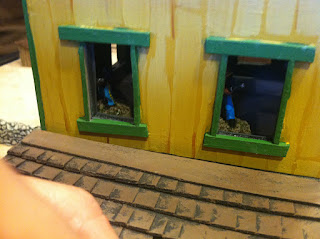 ...because of well placed snipers in the hotel. 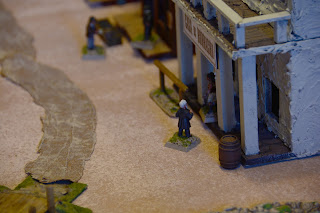 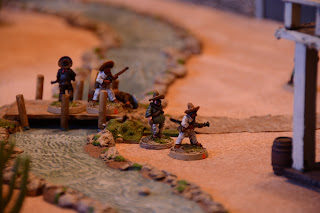 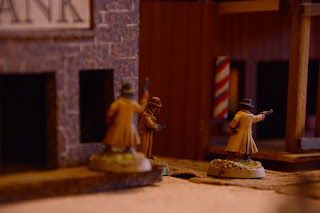 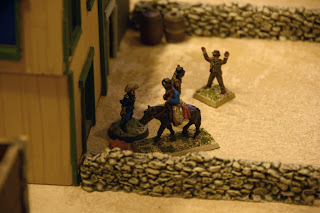 El Guappo's banditos tried to cross the border, but were quickly pinned on the bridge by some well placed riflemen in the hotel. Meanwhile, most of the Marshal's men were tied up keeping Yellow Knife's Indian renegades at bay.
Two forces started out off table. The Dixon Gang could enter on a d10 roll less than the previous trun number. The Cavalry on a d6 roll, making it, in theory, easier for the Cavalry to arrive.
It didn't work that way. The Dixons entered turn 2. The Marshal's men were now outnumbered 2-1 and taking casualties. The Marshal was nowhere to be seen.
When the Cav did appear they rode straight for the Injuns... And were either wounded or killed to a man. So much for the big save.
As blood pooled in the streets, the Marshal appeared. He had been hanging out in the General Store for most of the game. Playing checkers? In then proceeded to do what he does....kill.
Until, El Guappo showed up. The corpulant bandito then killed 3 men in a row, including the Marsha.
With the mission accomplished, it was just a matter of cleaning up.
Lesterville was now in for dark times. There was a new boss in town. El Heffe himself.
Posted by BaronVonJ at 11:44 AM 7 comments: 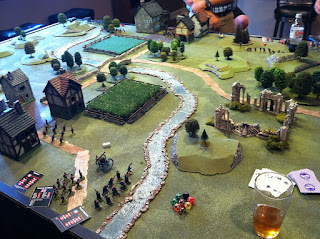 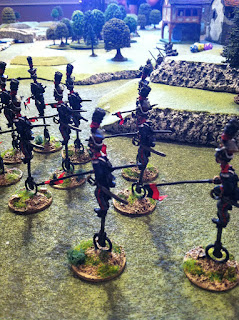 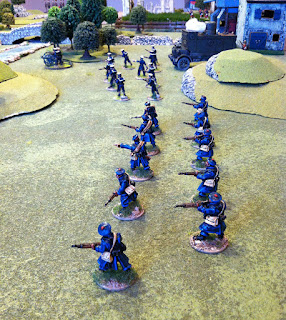 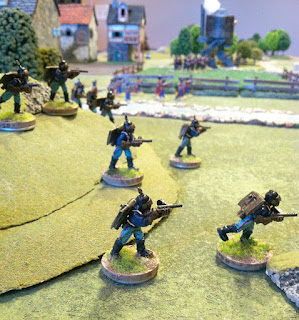 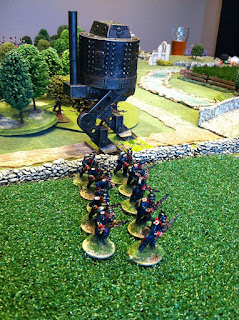 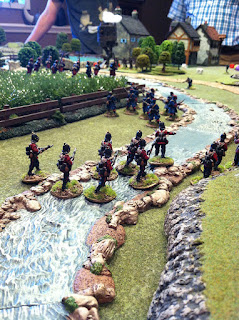 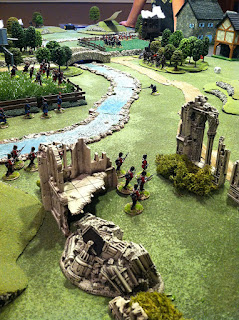 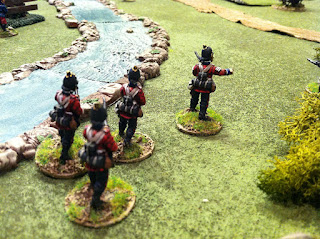 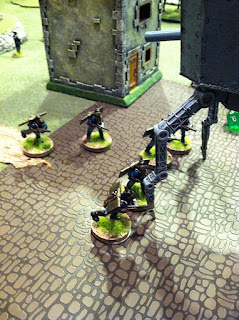 And the unicycle Uhlans...Poor Uhlans. They held postion the entire game, waiting for thr right moment to charge. They took a calculated risk and moved last in the turn, hoping the following turn the Germans would go first.
They didn't. The Home Guard cut them to pieces.
With both sides beaten and bloody, we called it soon after the Killenkanner toasted an entire unit of French soldiers hold up in a house.
Posted by BaronVonJ at 9:38 AM 4 comments: 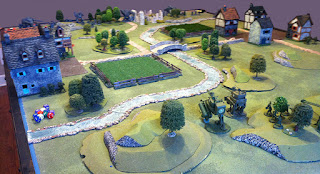 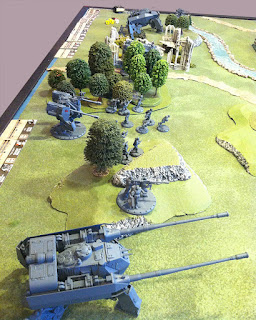 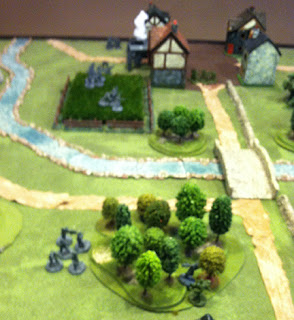 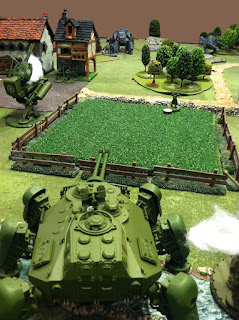 The Allies had some heavily armored troops capable of rocketing into position. We used these try a pincer.
It sort of worked.
Much like any other game, we learned the hard way those troops better be suppressed or have already activated before you close in for hand to hand. The ability for troops to deliver Reaction fire creamed most of both sides assaulting troops before they got close.
The Axis ended up with a marginal victory. All of the Allied armor was knocked out, and what infantry was left, was hanging on by the skin of their teeth.
Again, a great game in very little time. I'm still thinking of converting these for 15mm SciFi.
Posted by BaronVonJ at 11:13 AM No comments: