Amazing Wiley Wargame Weekend full of great games and people. Thanks to everyone who drove miles and miles to put on games.
Terror Island: I played the nefarious Nemo. My crabmen and minions were soundly defeated by a gaggle of dogs and kids. Crazy factions from all over time, adventurers, villains and scientists. Thanks to Steve for all the miniatures and cards and running it. 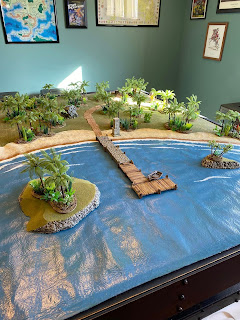 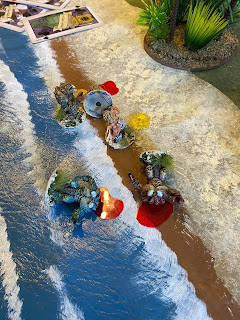 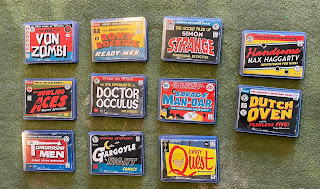 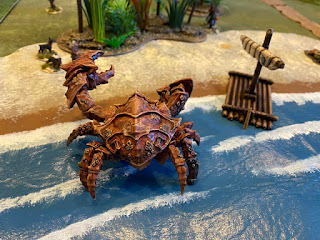 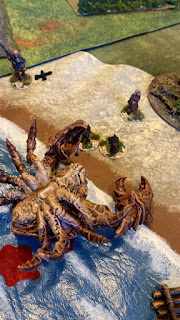 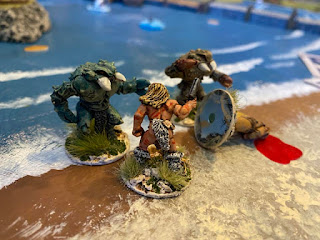 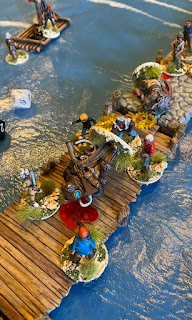 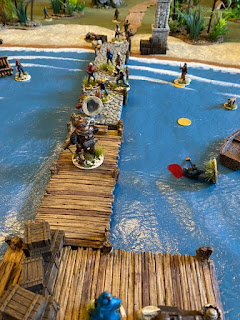 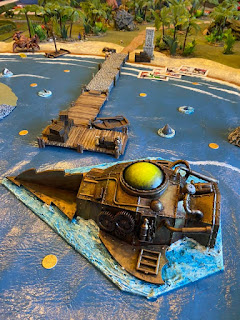 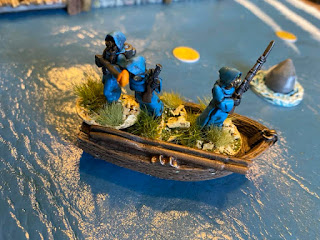 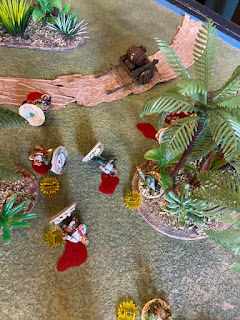 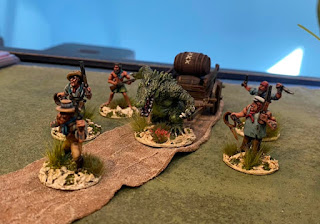 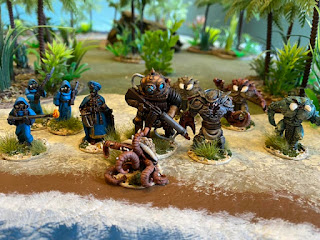 Then it was What a Tanker where I somehow fared even worse. My Jadgpanzer was knocked out turn 2 before he got a shot off. Thanks to Chris Arnold for putting it on. 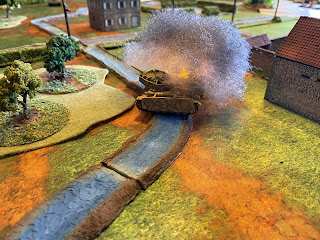 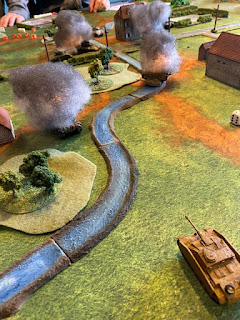 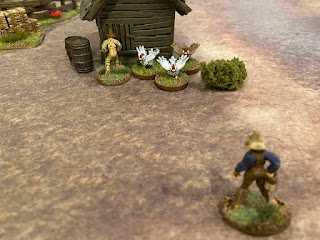 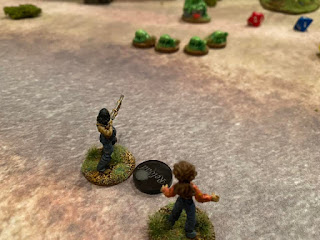 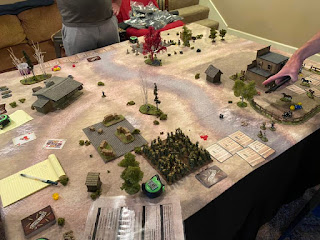 Next was Warmaster where I commanded the forces of Chaos. We actually won! Thanks to Joel for running it. 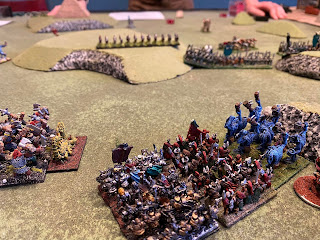 Ken Boone (Lead Addict)ran a test game of his home brewed “CHALLENGE!” game while I played a WW2 North Africa game. Tiny tanks in the deserts. A sound defeat for my British tanks. Thanks to Cluckey (CluckAmok) for running it. 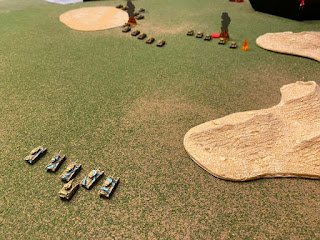 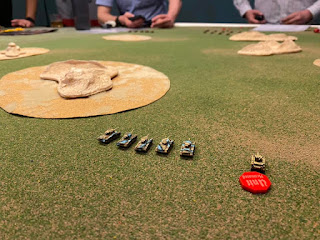 We finished off the evening with a game of Adrenaline put on by Ryan Johnson.
Lots fun, lots of bourbon.
Posted by BaronVonJ at 9:06 AM No comments: