The plan: Get Lady Cottingham and her top secret plans through enemy lines. 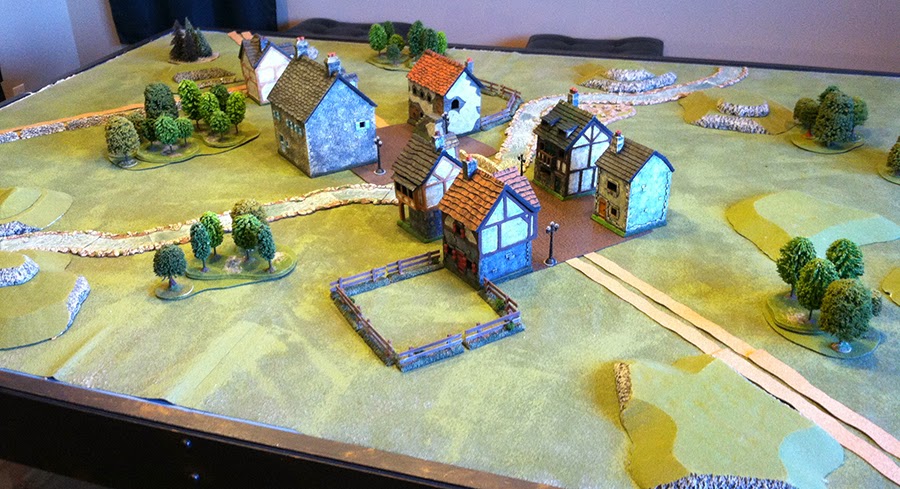 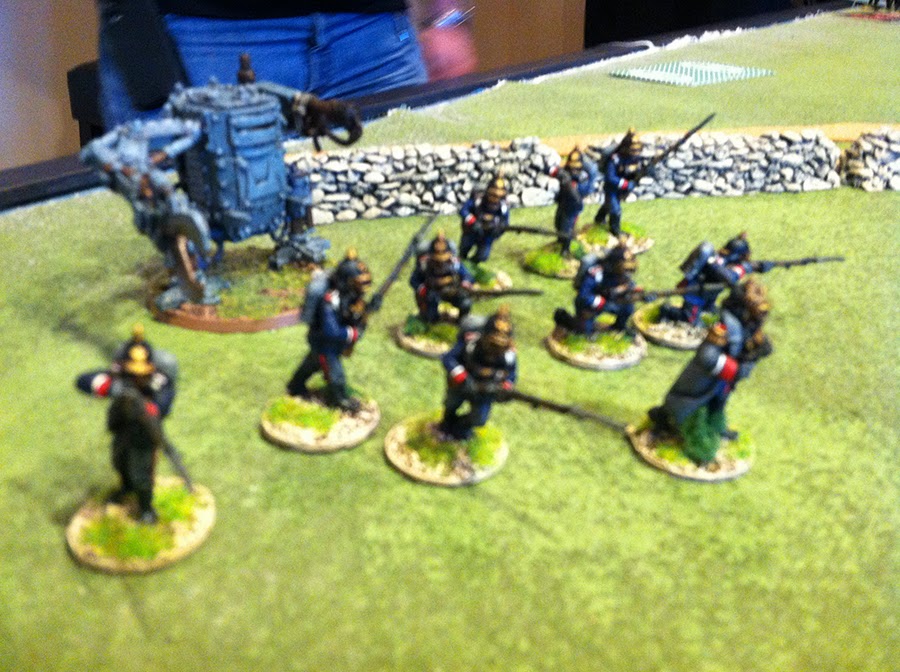 The Luftmarines move so fast they're blurry! 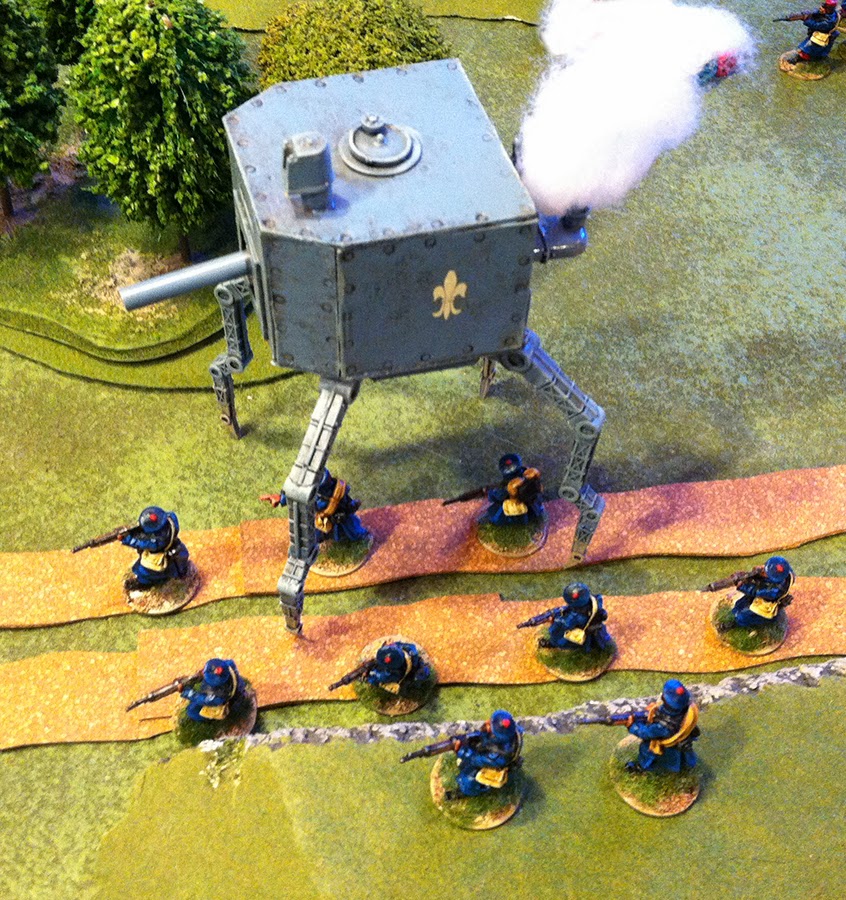 French Marines advance under cover of the Spyder 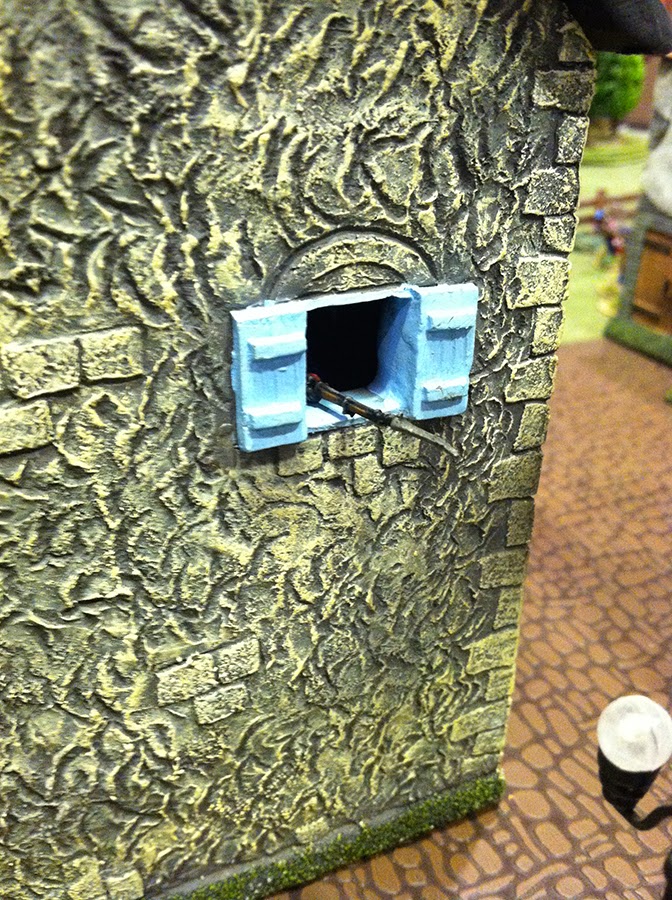 Sniper in the house! 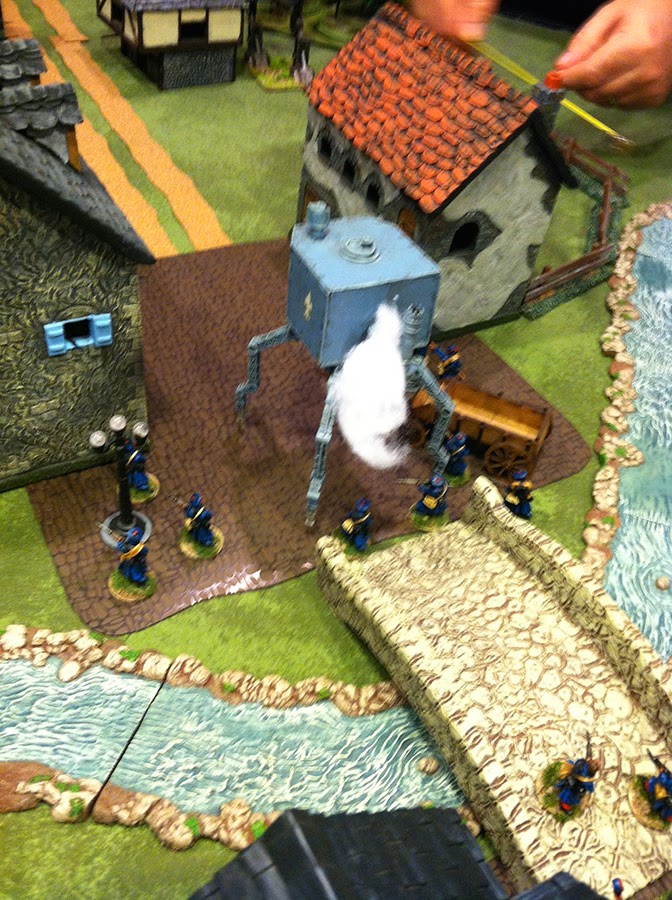 The Spyder, moments before the Luftmarines attack it and bring it down. 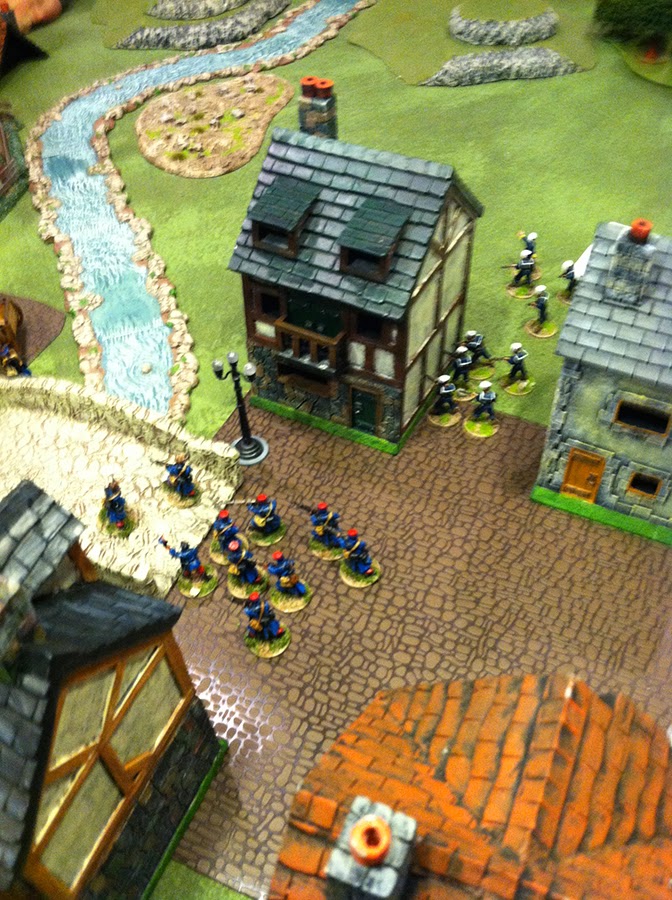 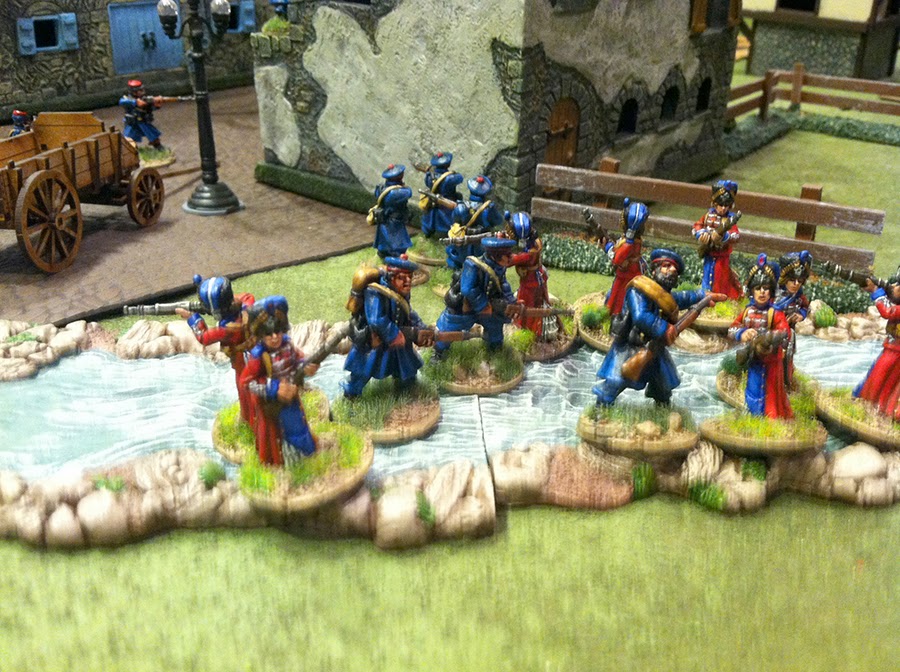 Marines and Lady Hussars duke it out 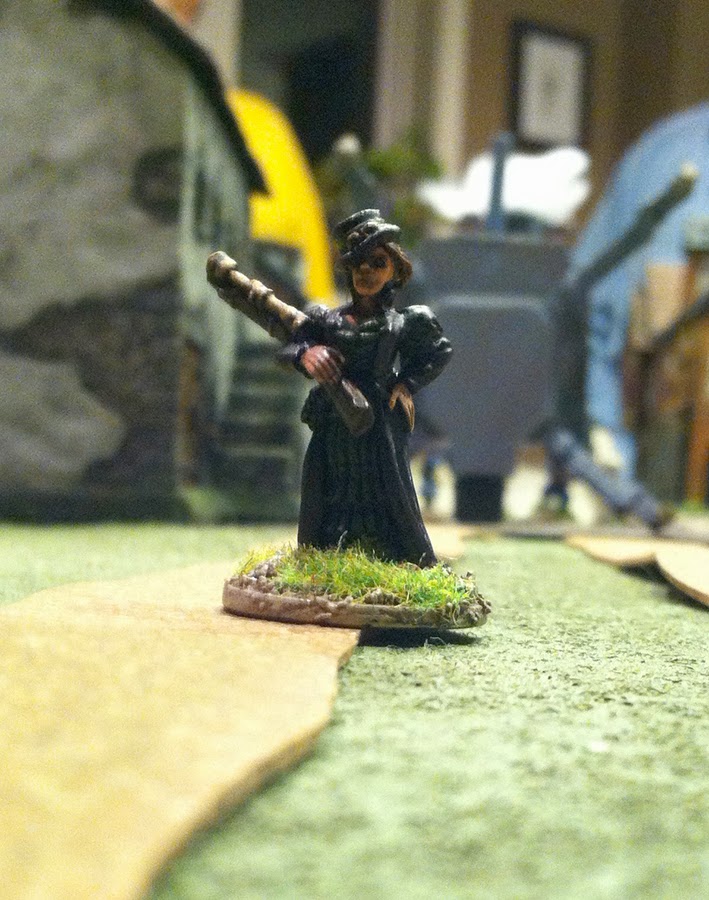 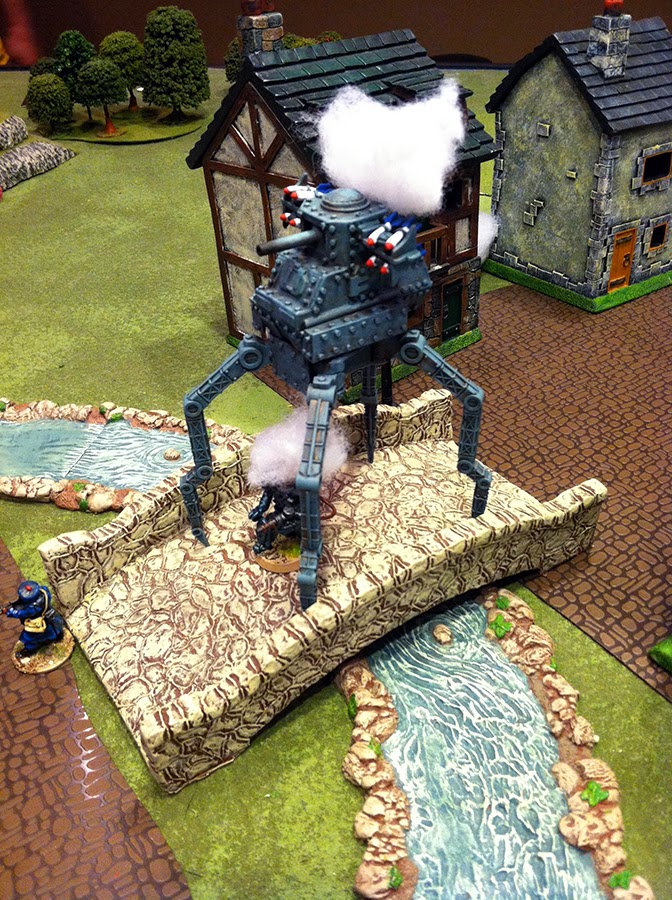 The Petit Syper holds the bridge
Another fun GASLIGHT game. Highlights include the Luftmarines diverting the Spyder of her legs, then having come crashing down on top of them. The Killenkanner's, inability to get started, then it's failed hand-to-hand battle with Lady Cottingham!
Posted by BaronVonJ at 8:34 AM 1 comment:

A Wizard for Mayhem. He's an old "College" Wizard from GW. I didn't stick to their colors. 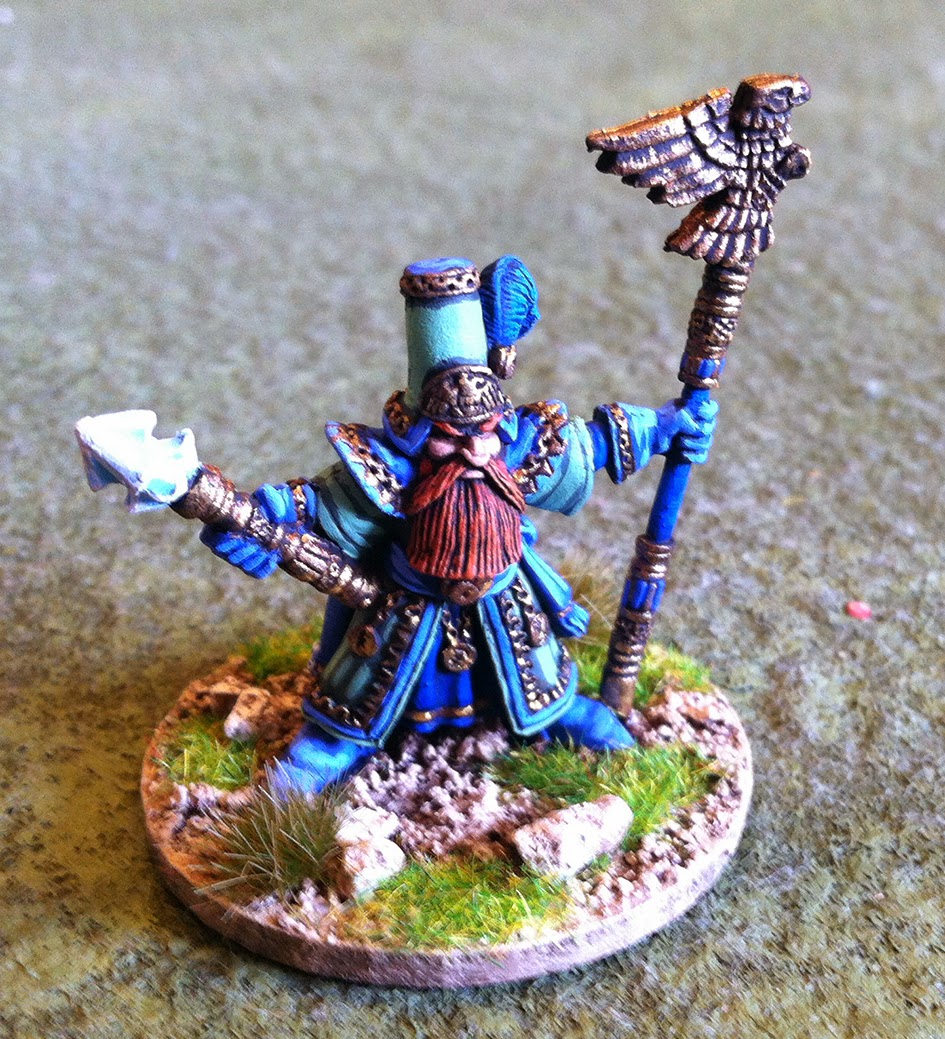 It's not war-game related, but worth a read. If you ever feel crappy about your job, try walking in my wife's shoes.
Down the Rabbit Hole
Posted by BaronVonJ at 10:44 AM 2 comments: 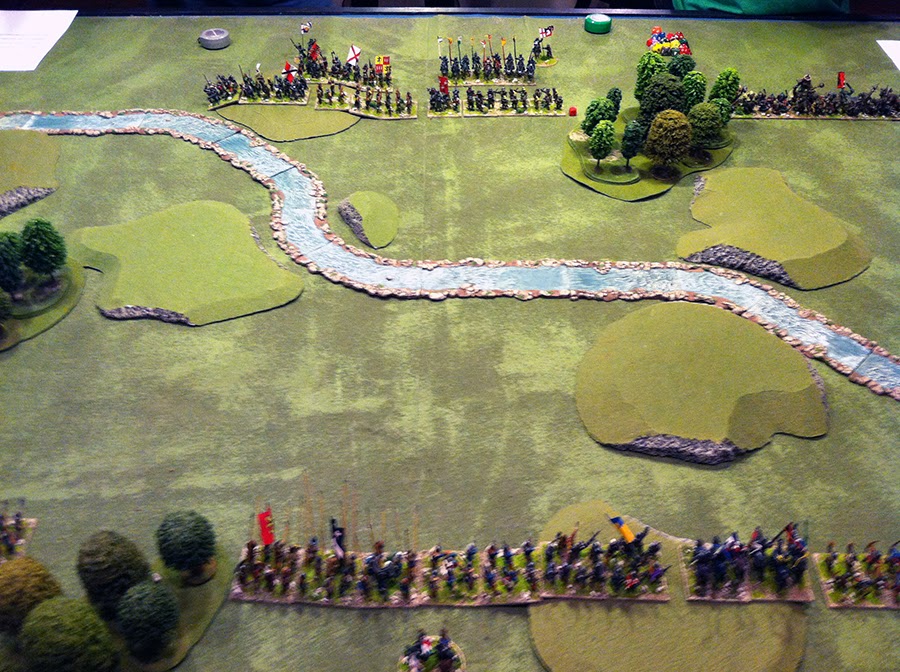 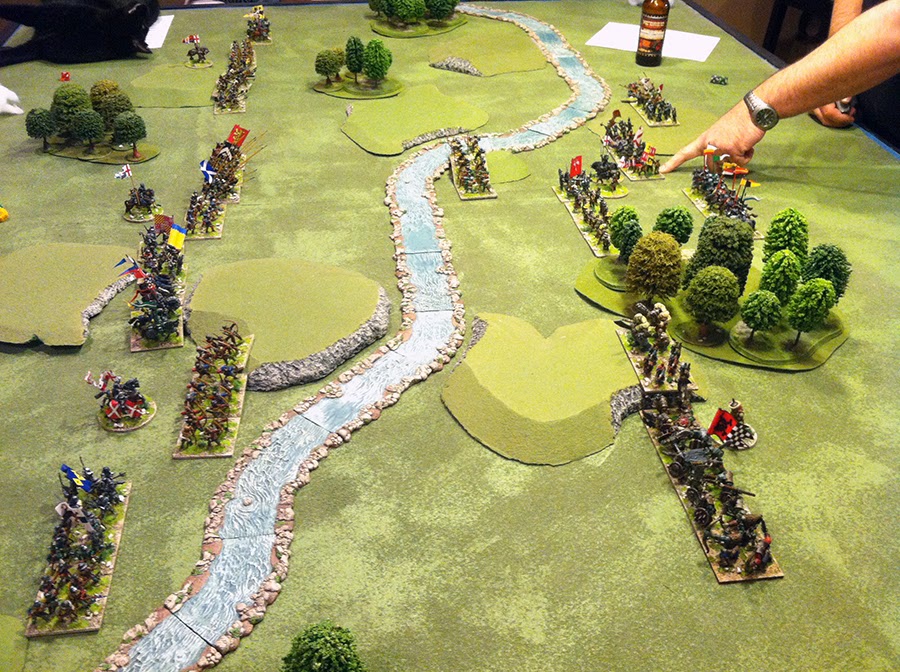 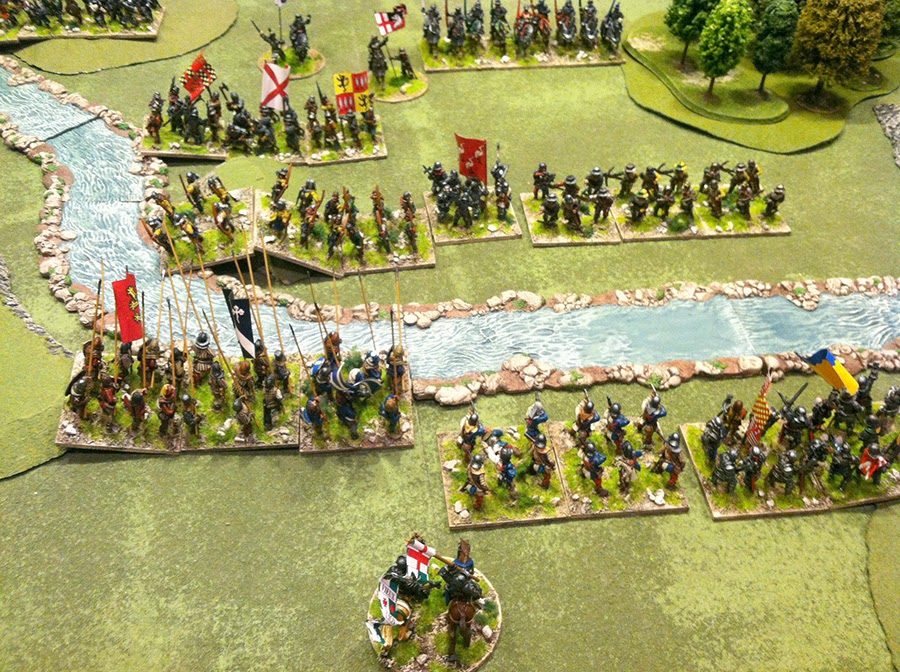 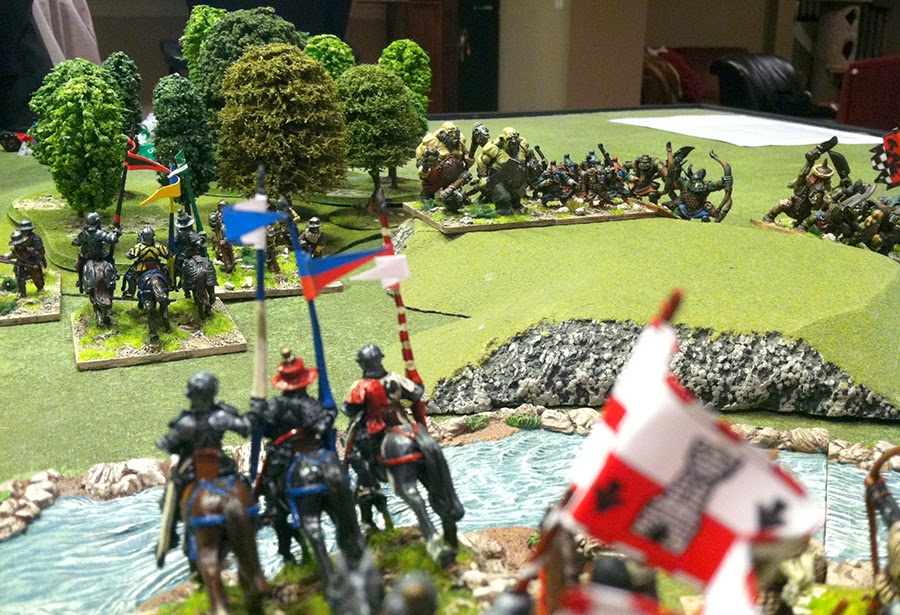 The Orcs on the enemy left slowly trudged forward. They did little damage until the ogres finally got int the fight. The general in charge "risked" his move roll every time and was rewarded with a roll of "1" six times in a row. He literally moved 6" over the course of 6 turns. Whereas taking the default would have got him 18" in the same time.
I've decided these are the rules I want to use for my dream Greyhawk Wars battles.
Posted by BaronVonJ at 12:04 PM 4 comments:

2 more supers and yet another blog.

Presented for your enjoyment: the Despot, ruler of a thousand worlds and Perma-Frost deadly creator of cold. 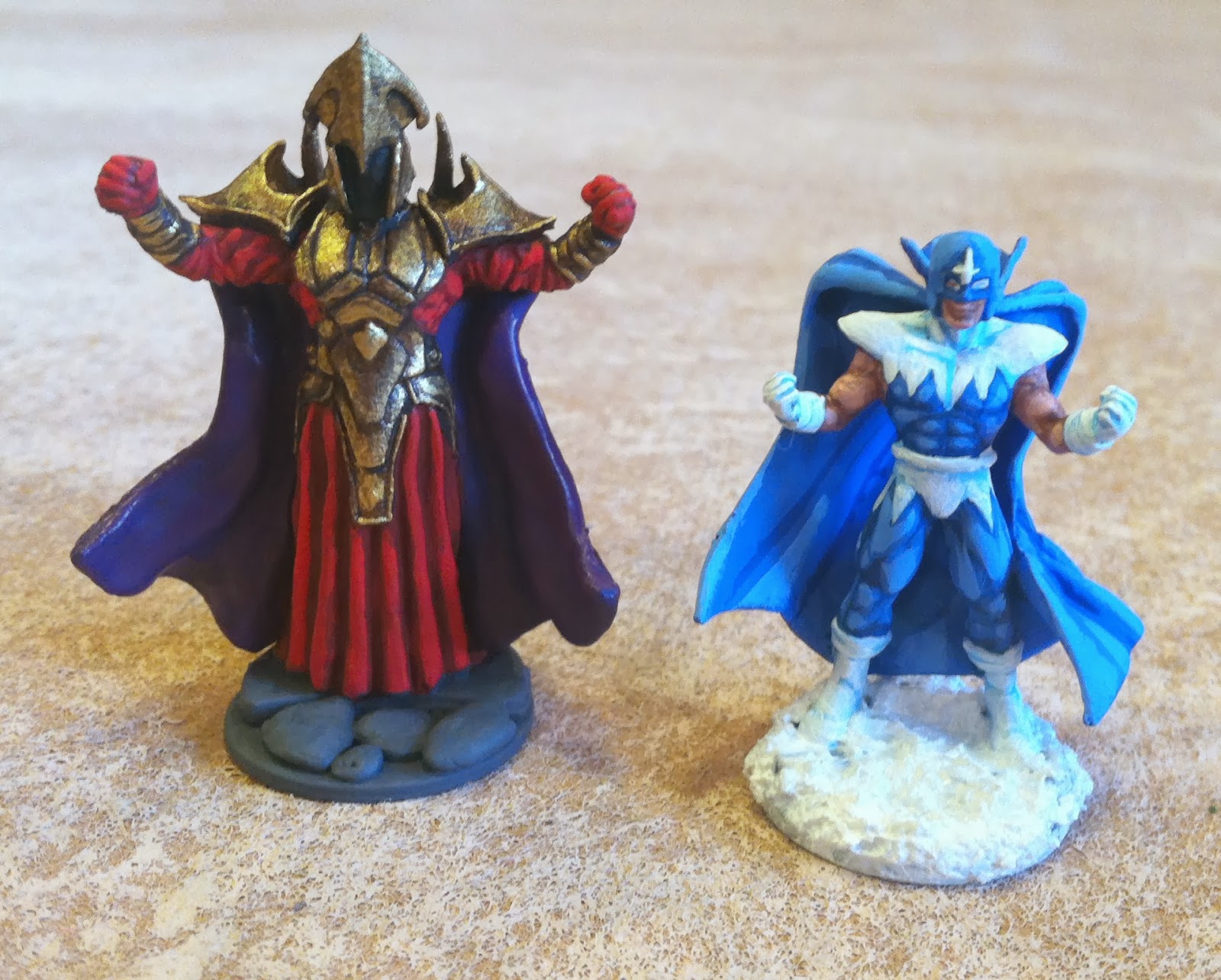 On an unrelated subject, I started a blog to chronicle my musings on starting a new life and career, Here be Dragons.
Posted by BaronVonJ at 8:58 AM 1 comment: 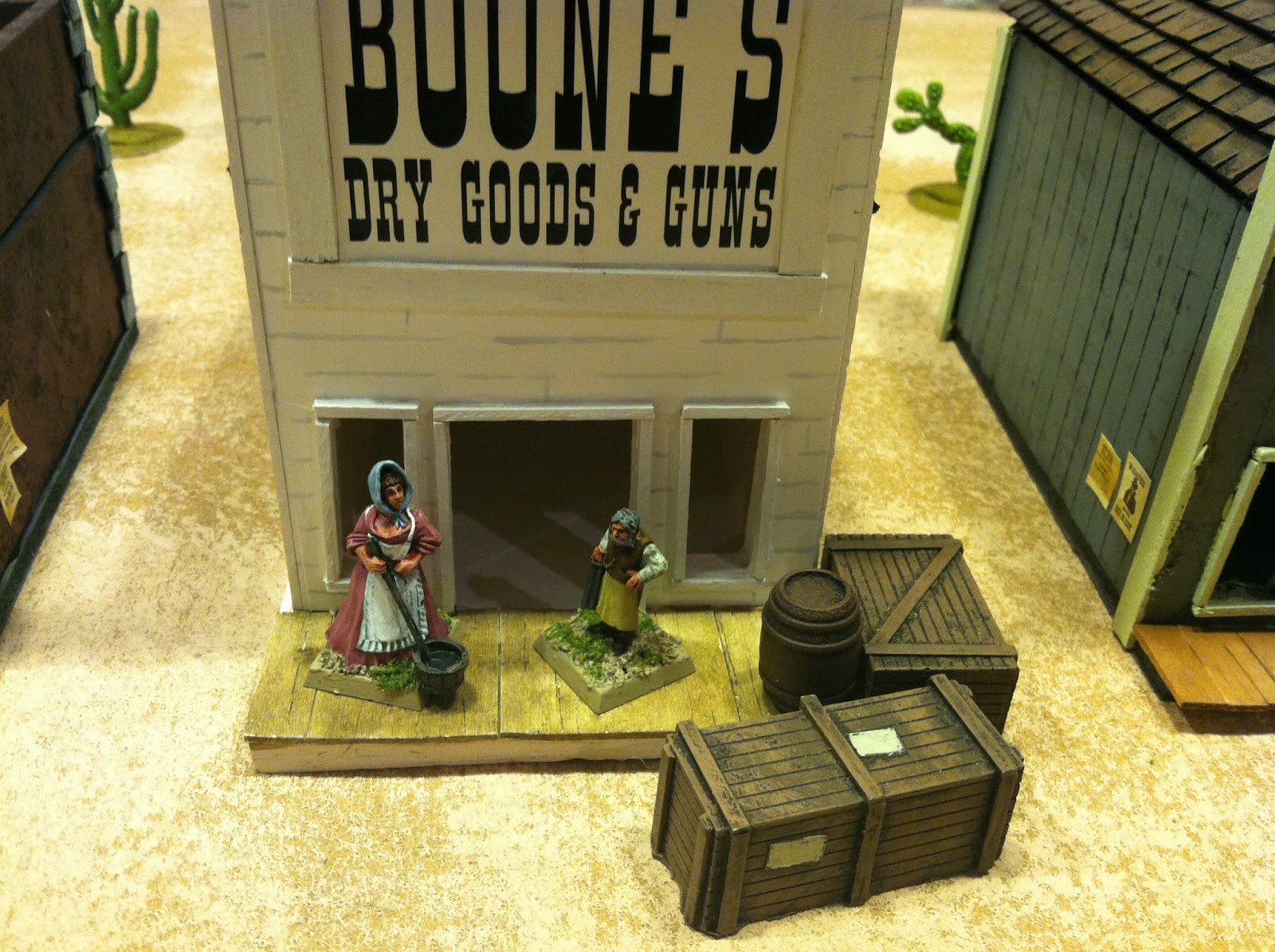 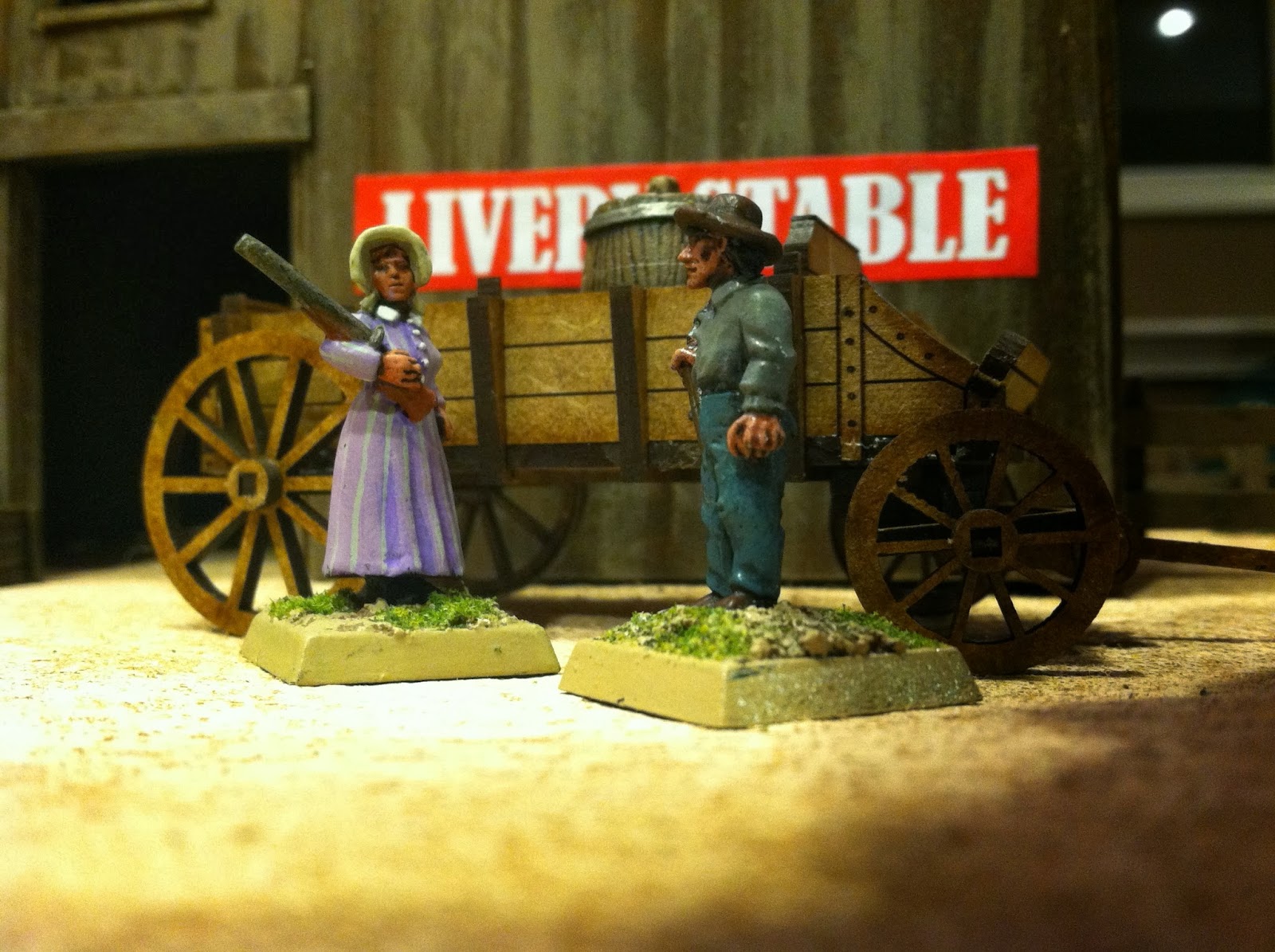 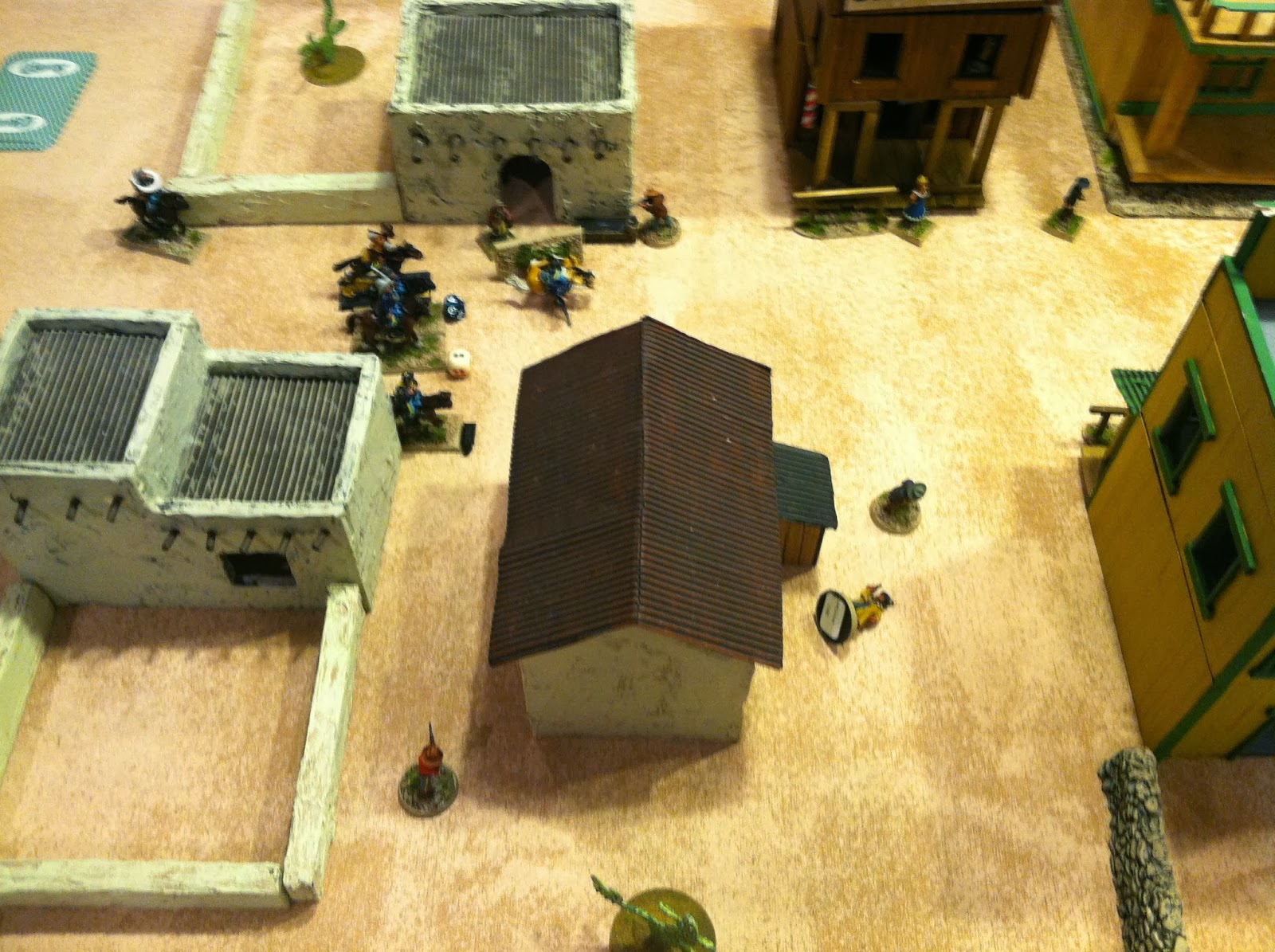 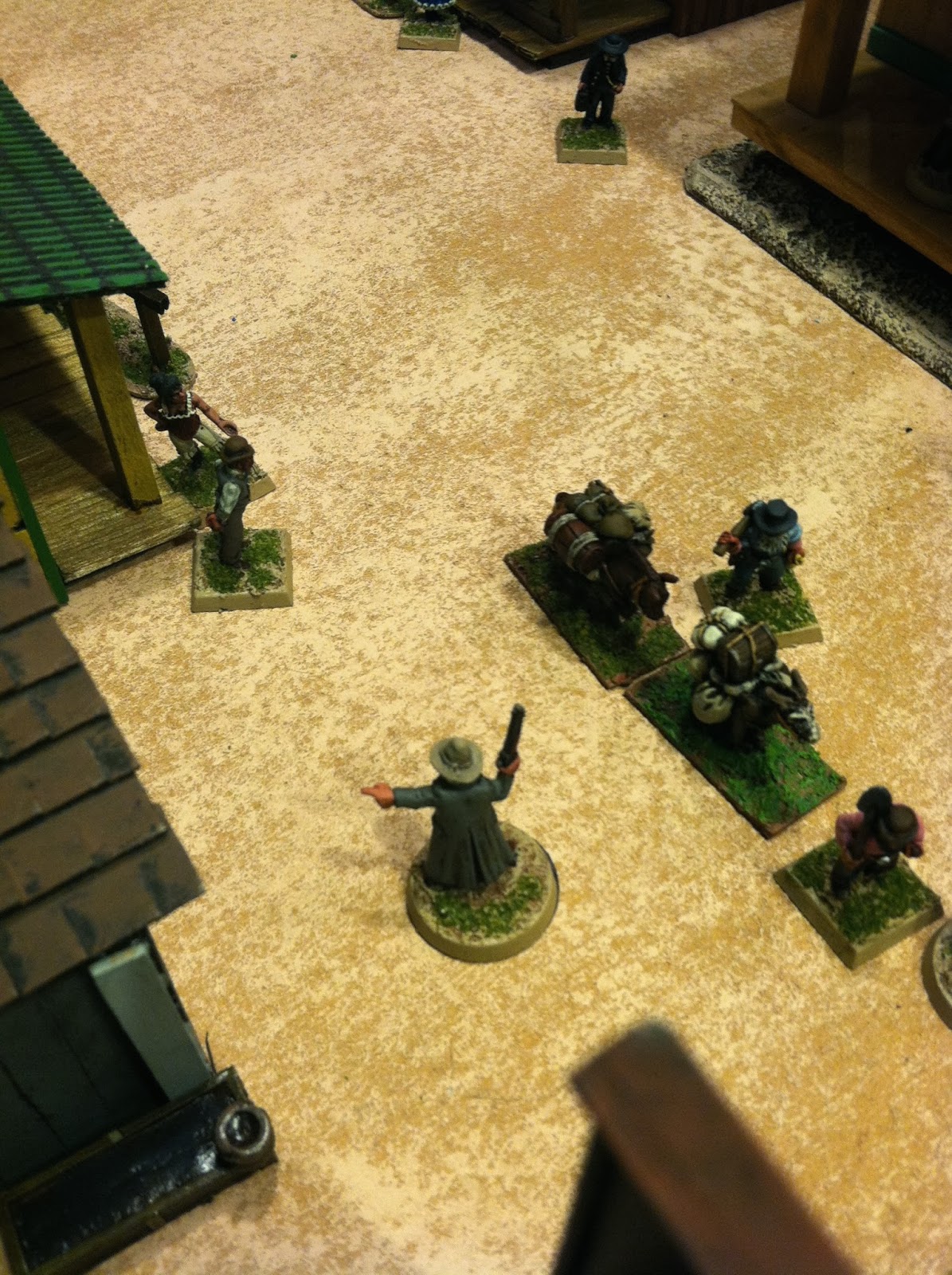 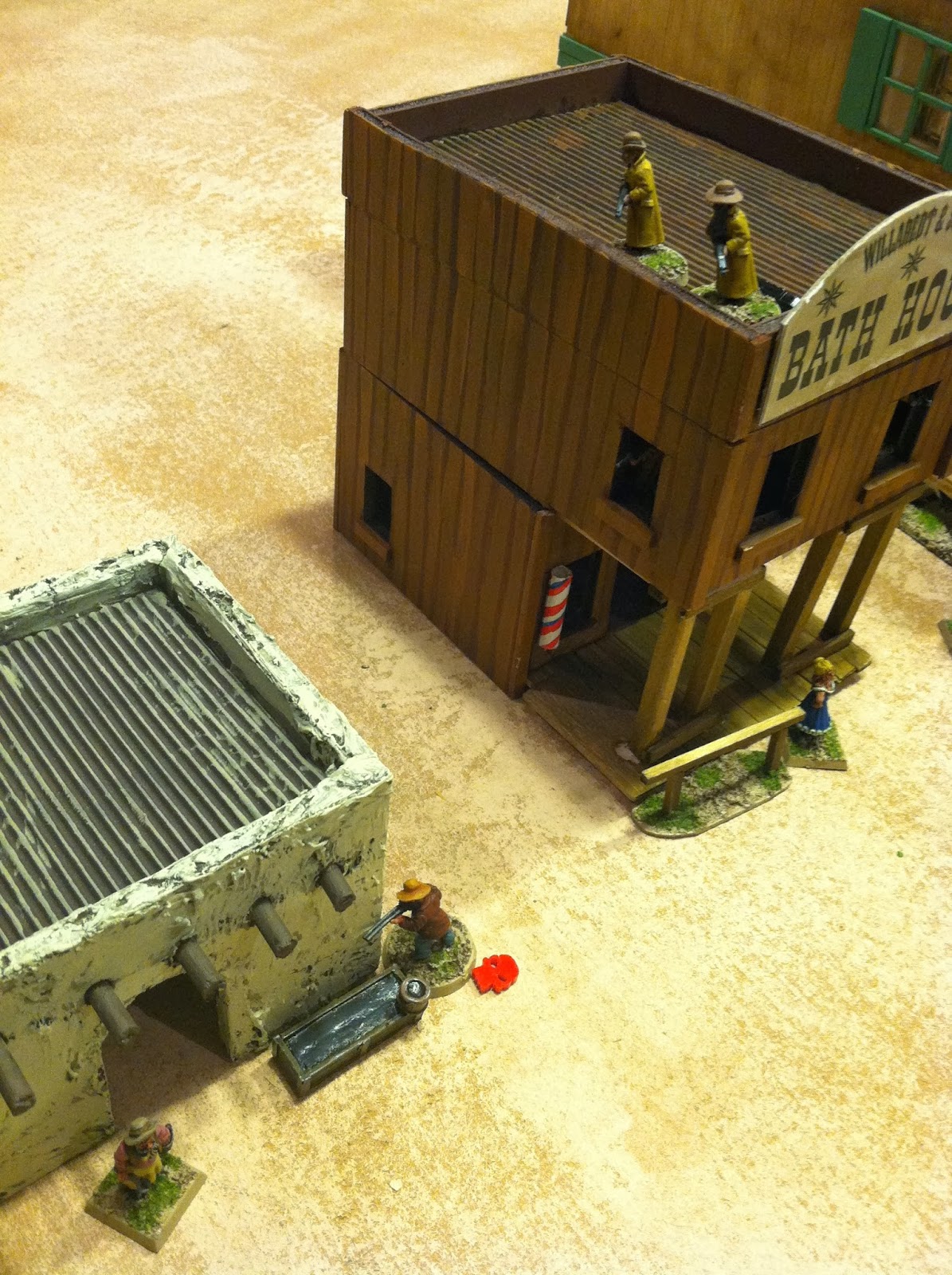 Death from above
Eventually, weight of fire finally took it's toll and blue bellies started dropping.
The Marshal's men spent most of the game trying to get in the fight, meanwhile, Krusty got away....
Lots of nail biting moments. Best part is the rules are so easy to pick up (although everyone in the group has been paying them for a decade), I was able to leave for awhile to pick up my daughter from practice without any problems.
Posted by BaronVonJ at 3:18 PM 1 comment:

An homage to a great little cartoon and a new villain (or hero) for Supersystem. 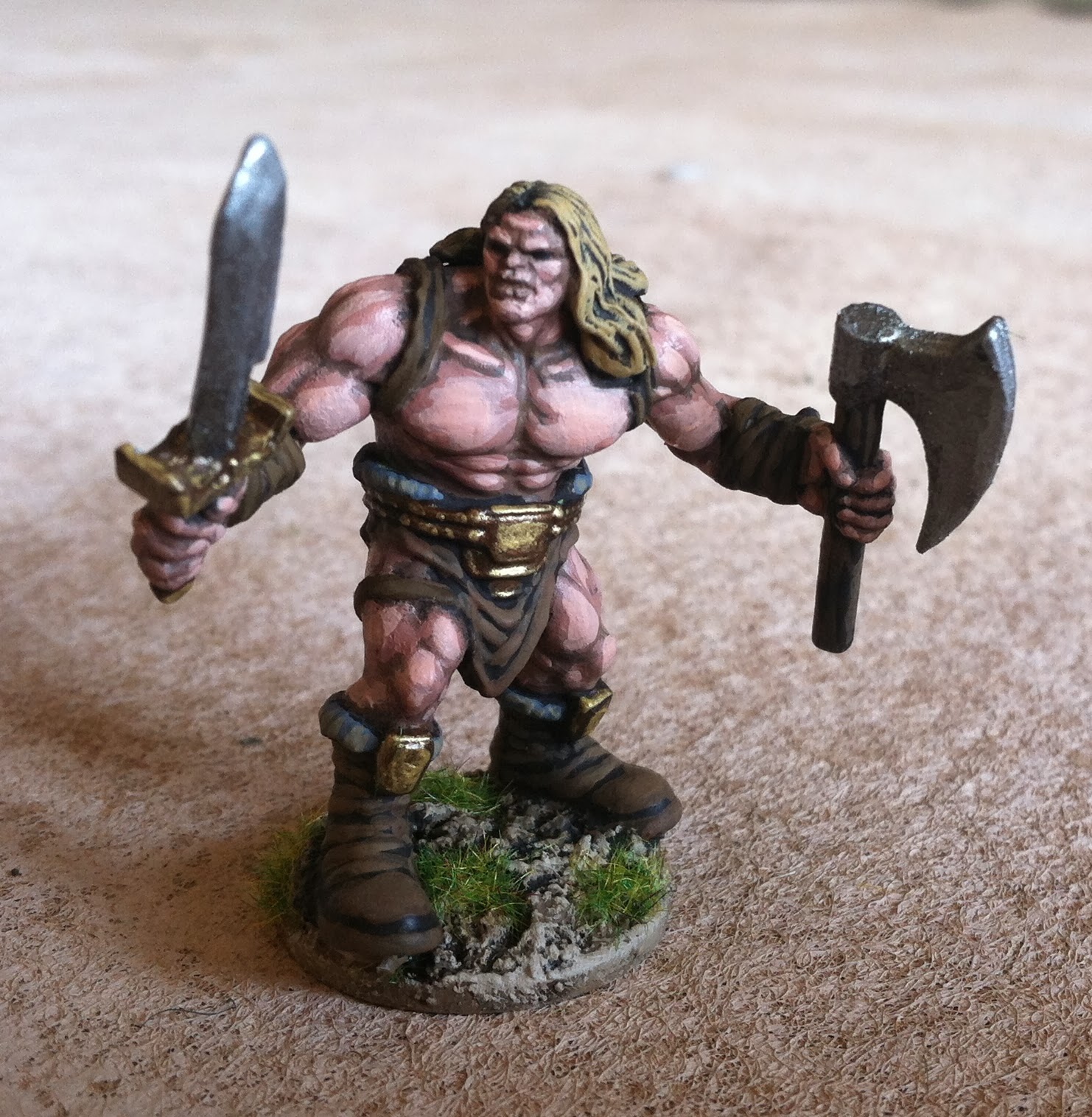 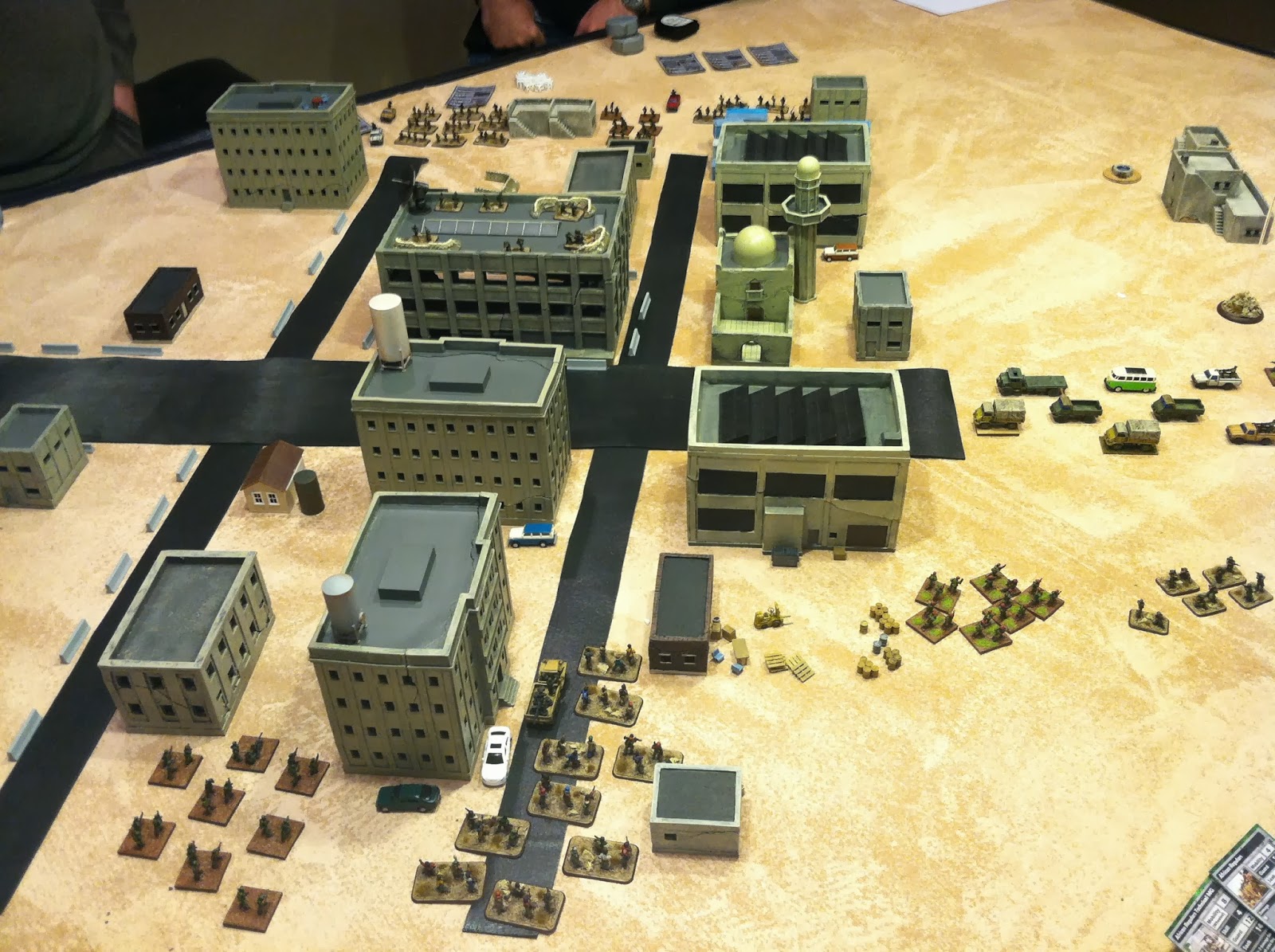 Missed posting last Friday. Most of my post Thursday night game posts were done Friday mornings at work. Insert sad face. Now that I'm up and running at home, here we go.
Our own Propaganda Architect has been converting Gruntz to a more modern setting. So far it works great. Our yet-to-be-named nations's struggles have been fun to game.
This scenario involved our Dictator for Life, fearing for the safety of his ill gotten spoils, is moving them to the safety of a neighboring country. Trucks, loaded down with loot must move across the table to the waiting airplane. 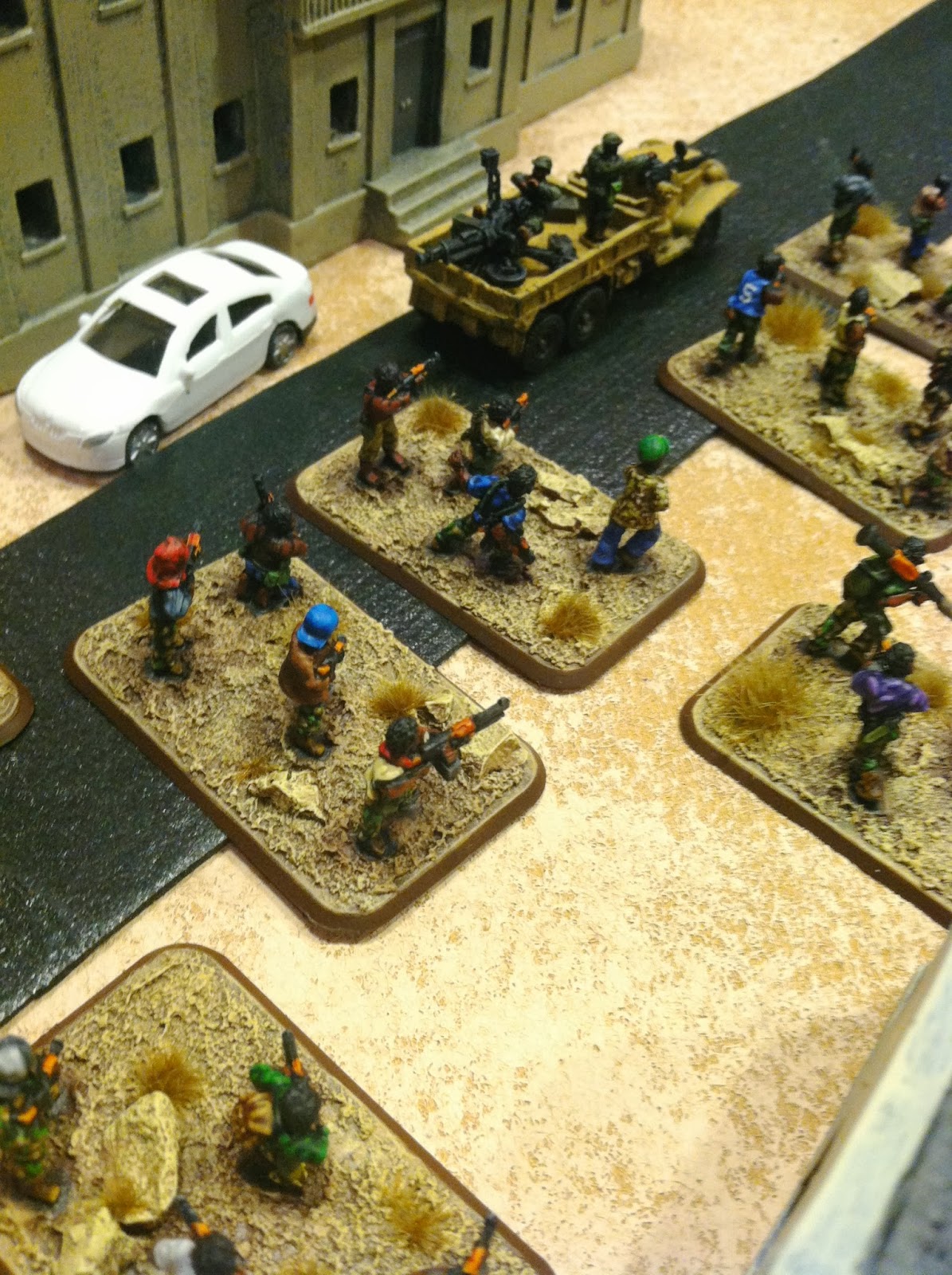 His second objective is to hold the radio station for as long as possible. If the people find out he in moving his stuff, they may rise up in rebellion before he escapes.
Thirdly, those boy soldier are bad press internationally. If they could be taken out quietly during the battle (hand to hand), that's a plus.
We decided the trucks were moving slow due to the weight of all those furs, painting, jewels, imported cars and luxuries. That, and if allowed to double move, the game would be over quick.
The dictator had fewer, but better troops. And did we mention an airforce? 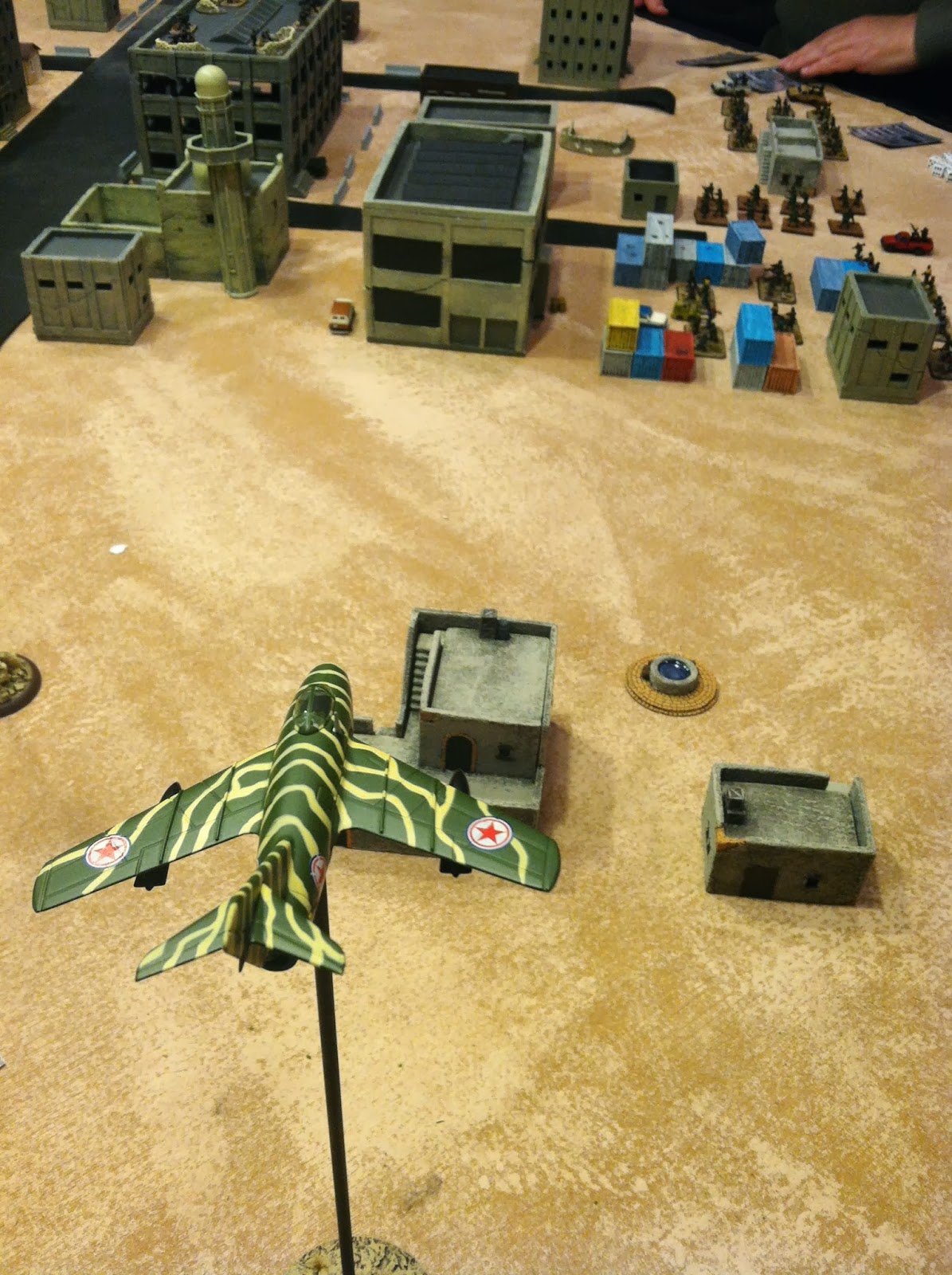 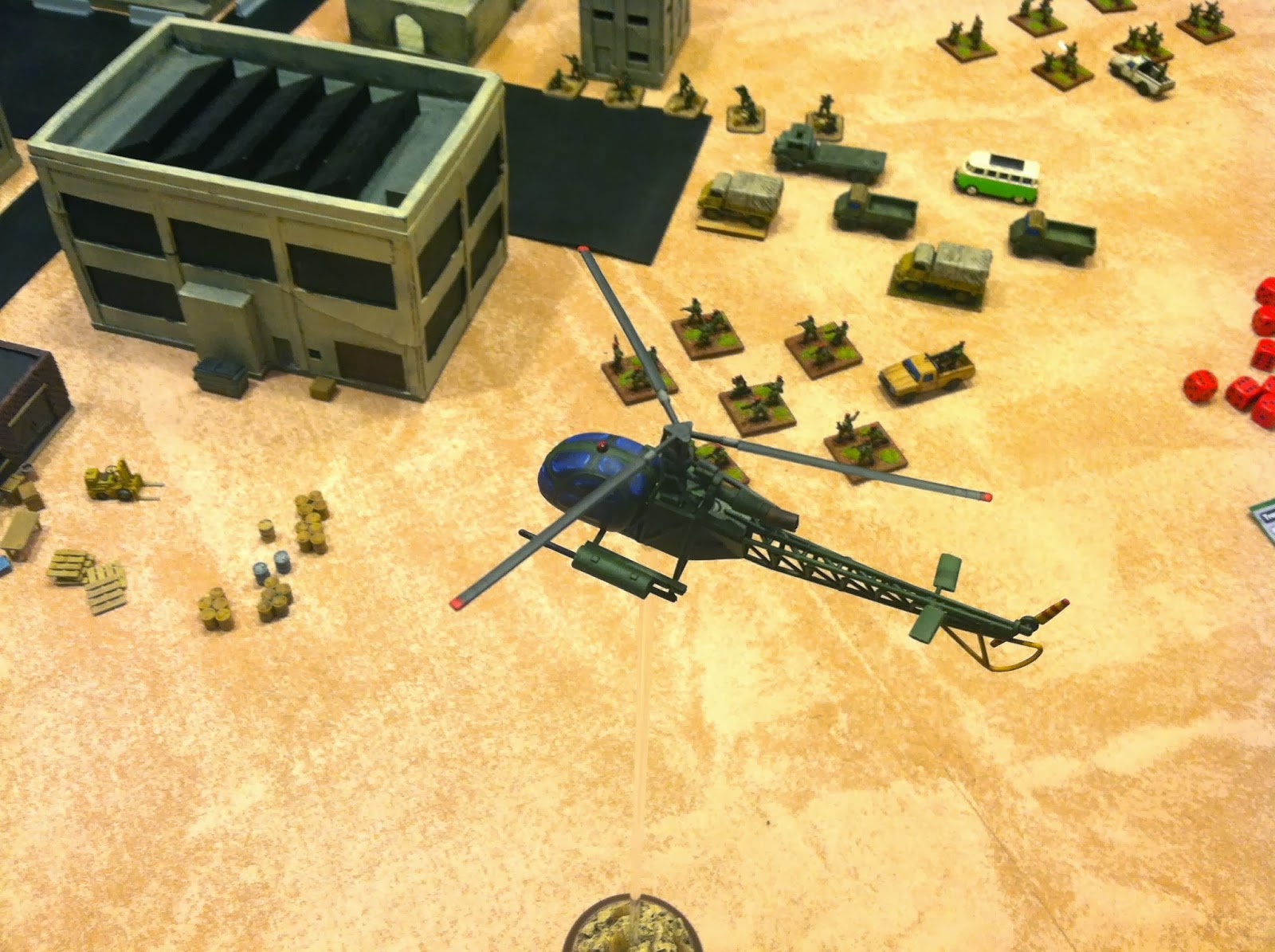 Between the jet and the copter, most of the resistance on the left flank was eliminated.
Meanwhile, the foreign mercenaries holding the radio station were slowly being wiped out by the sheer numbers of the resistance.
Two trucks were shot up and forced to stop. One by a crazy technical that braved a minefield to sprint ahead and block the way.
It was fun. Gruntz is easy to grasp. My only beef is the assault rules. Not because of the rules themselves, but the reality of assault (HTH) in modern rules. Just as in real life, you better suppress those defenders if you want to close with them. Timing is everything.
The table looked great with all the extras. Perhaps a post battle beer outside the warehouse. 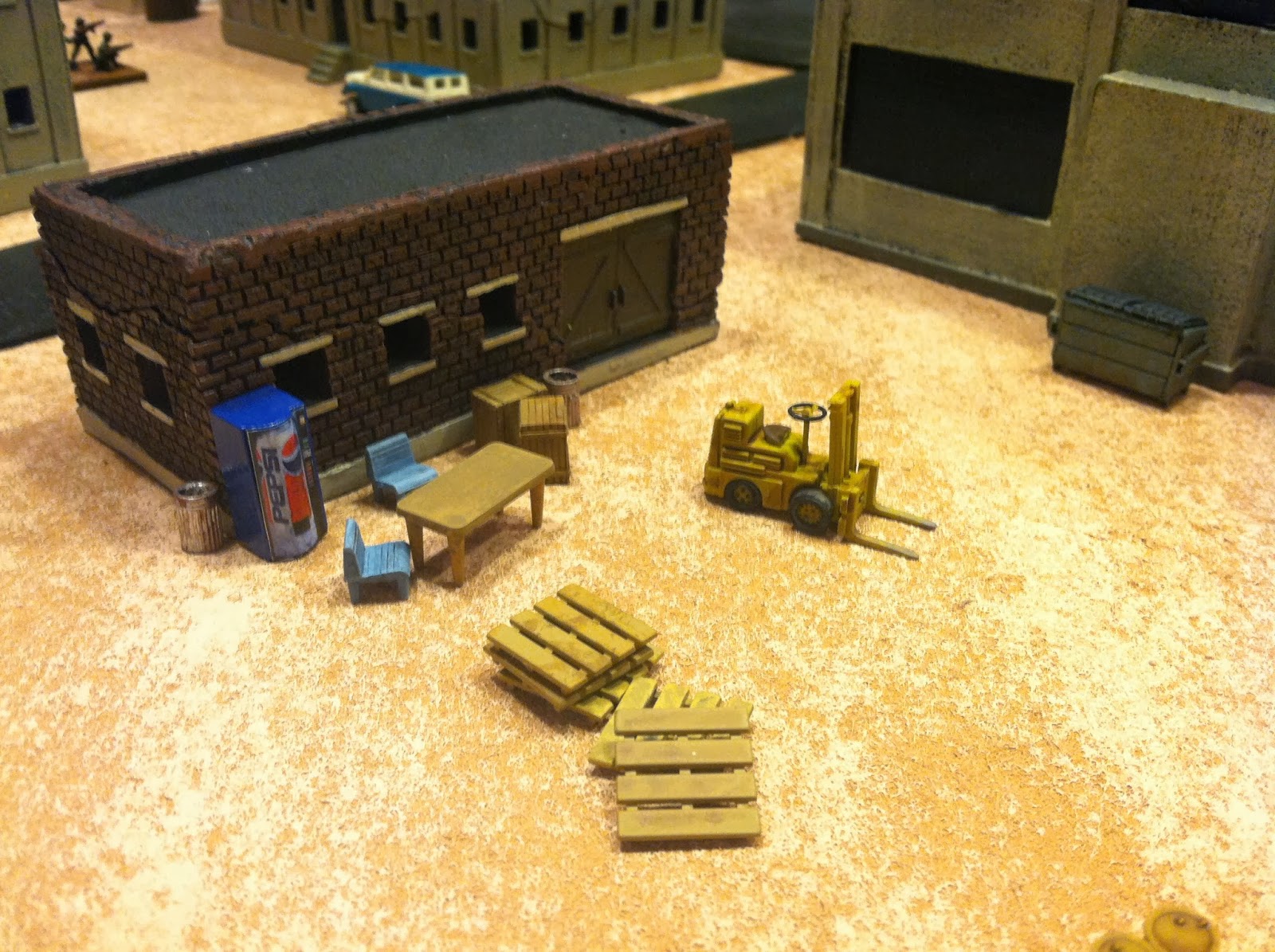 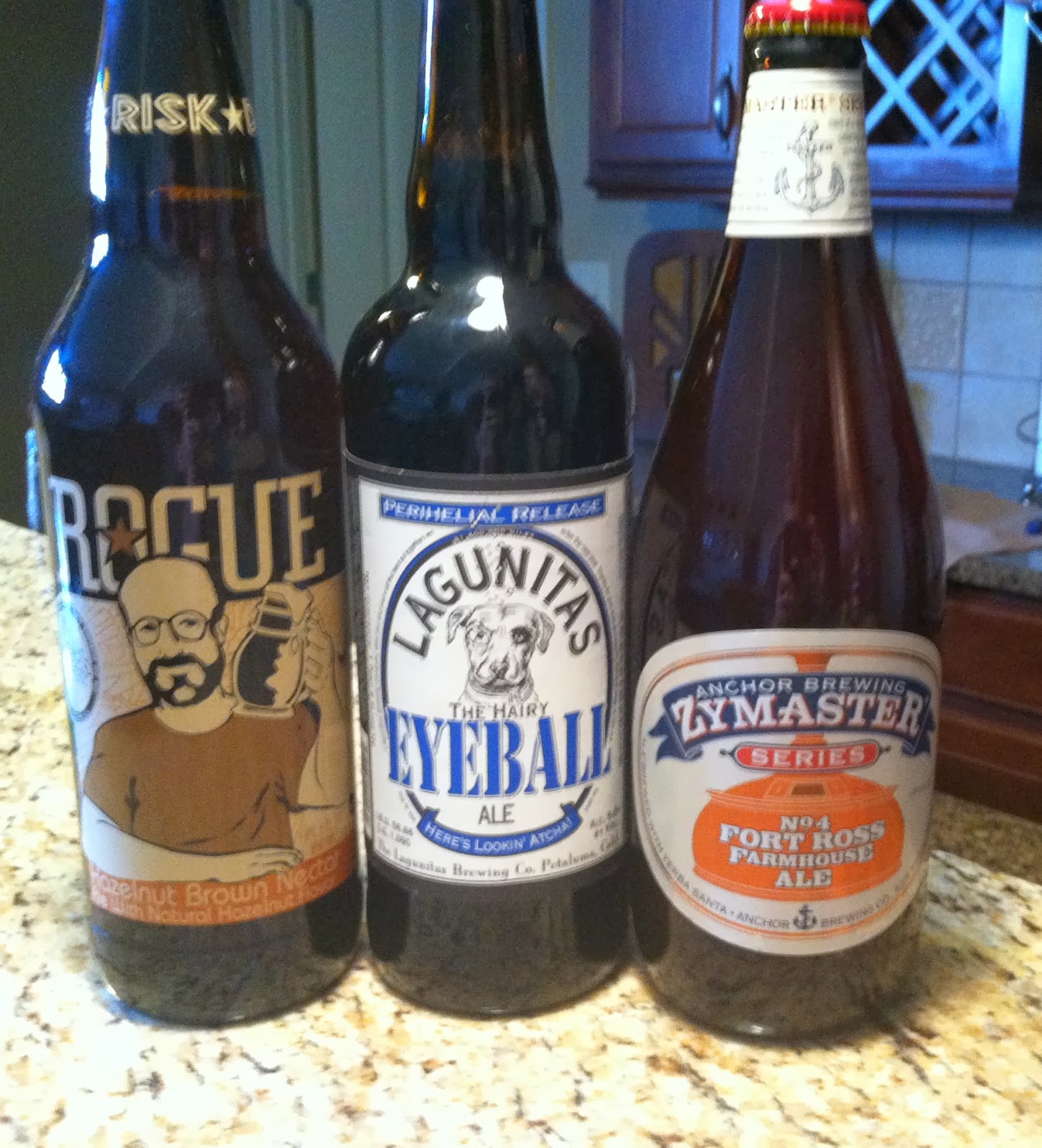 Posted by BaronVonJ at 10:25 AM No comments: