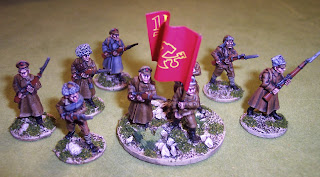 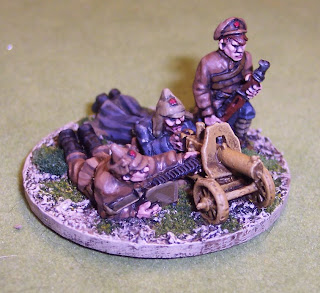 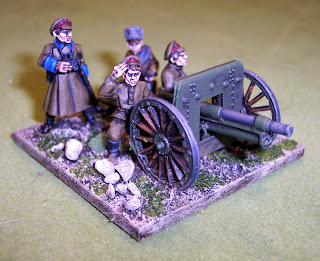 The first of my Bolshevik horde.
Posted by BaronVonJ at 8:05 AM No comments: 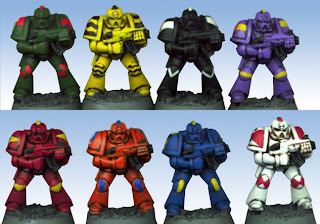 What to do with all those extra plastic Space Marines? Mine will be duking it out in the Galactic Arena. I'm using a stripped down version Supersystem. Players will be able to grab power ups around and weapons around the arena.
Posted by BaronVonJ at 8:59 AM No comments:

The Yanks are coming! 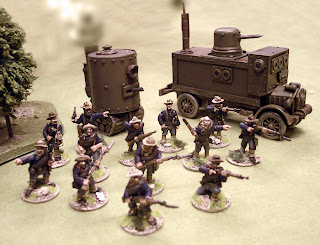 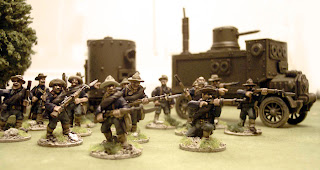 Our boys in blue are ready for anything, accompanied by the newest in Steam Technology. Our troops ride into battle aboard the Smith-Johannson Armored Steam Conveyance, and protected by the M-2 Mobile Machine Gun Emplacement.
Posted by BaronVonJ at 8:48 AM 2 comments: 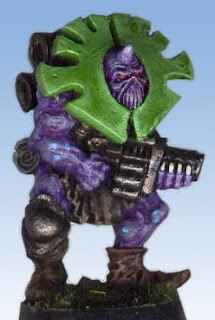 A Mutant suitable either for Mutants & Deathrays or my upcoming Pulp Sci-Fi.
Posted by BaronVonJ at 9:32 AM No comments: 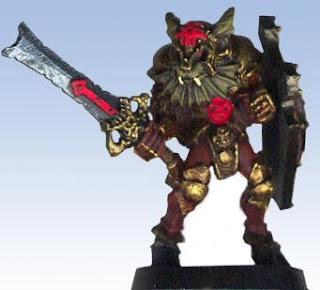 Posted by BaronVonJ at 7:16 AM No comments:

Welcome to the Wastelands 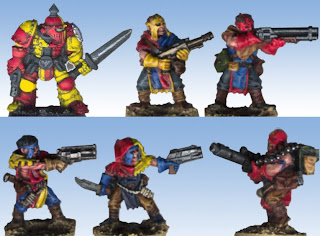 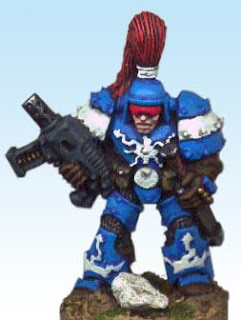 This is one of Warbands I'm creating for Mutants and Deathray Guns. It's an all-human group called the Knights of Genetic Purity. They hunt the ruins around Kanzaz City looking for mutants and other undesirables.
Posted by BaronVonJ at 9:41 AM No comments:

Battle at the Border 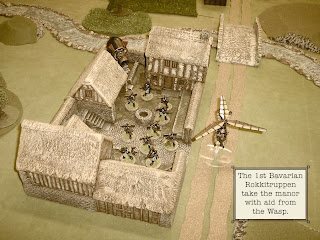 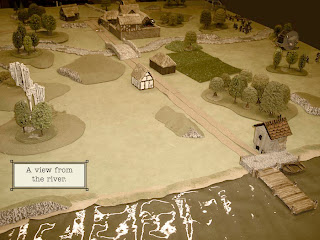 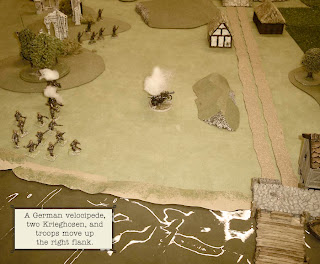 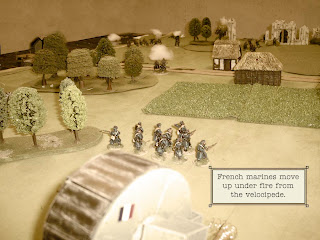 The holidays saw another VSF battle. The scenario: The Germans had built a forward base close to the French border. An inconspicuous manor was hiding a deadly super rocket pointed at Paris! The Germans knew the base had been discovered and was about to be overrun. Both sides had dispatched troops to steal the highly secret Quantonium core, and return it to their respective sides. As usual, it was a nail biter to the end.
Posted by BaronVonJ at 2:05 PM No comments: 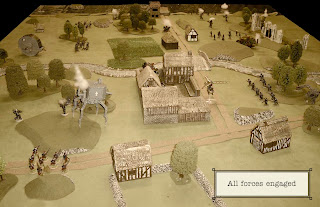 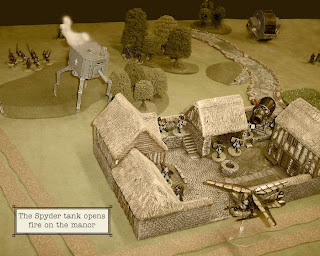 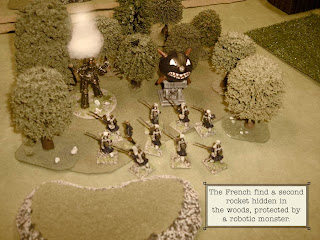 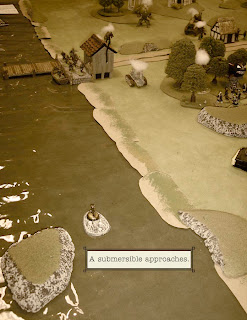 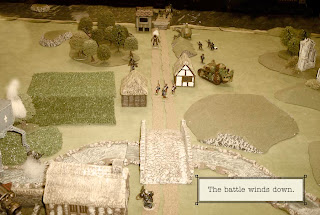 Posted by BaronVonJ at 2:01 PM No comments:

Rumble in the Jungle 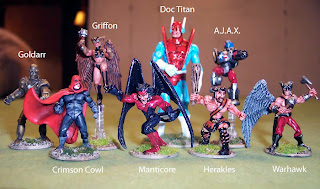 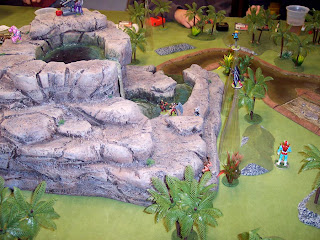 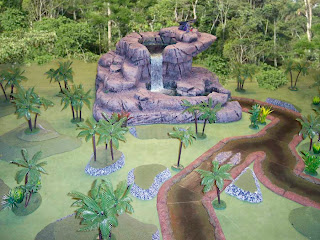 News flash! The super sentient gorilla Emperor Ape has built a De-Evolution Ray in the jungles of Madinka-dinka. Our heroes, mostly members of the New Olympians, but led by crimebuster Crimson Cowl, have arrived at the scene to stop him. As our heroes approached, they are ambushed by the members of the Syndicate! It is race against time to stop the villians before the world's population is turned to monkeys.
The Crimson Cowl with his brilliant intellect, assesses the situation and decides to make a move around the back of the falls where Emperor Ape has set up his devious ray. His is quickly incapacitated by a hail of energy blasts from the armored Arsenal.
The pink muscled menaced Behemoth super-leaps into the air and knocks Griffon from the sky.
Two heroes are now out. Halfway up the falls, KIllshot, the murderous mercenary, rains bullets down on the heroes below. He is quickly overpowered and outgunned by the combined might of Manticore and A.J.A.X.. KIllshot falls unconscious into the falls and down the river.
The larcenous lycanthrope She-Wolf leaps into action against Manticore, but is shot up by AJAX and plummets into the falls after Killshot.
In the jungle, Doc Titan and Mechgor have clashed in jungle shaking brawl. Both absorb the blows but Doc Titan comes out on top.
High atop the falls, Emperor Ape has managed to get the ray working and is about to fire when he is overwhelmed by heroes. A struggle ensues, but at the last moment, Emperor Ape manages to throw the switch, and awhoooo, Woot! Woot! Ahhhahhh!!!
Posted by BaronVonJ at 8:25 AM 1 comment:

The Baron was not idle... 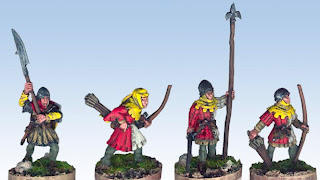 While on vacation I did not shirk my duties of the MAD project. Presented is the first war band for a future Song of Blades and Glory campaign. Next are some fodder for the arena. I love the old GW Chaos Dwarves.
Posted by BaronVonJ at 1:37 PM 2 comments: