If you like all things steam, look here.
Posted by BaronVonJ at 11:10 AM No comments:

Christmas time is where I usually get a lot of books, as my wife finds trying to track down minis for me too daunting. This year, I bought one for myself. It's put out by Osprey surprisingly. 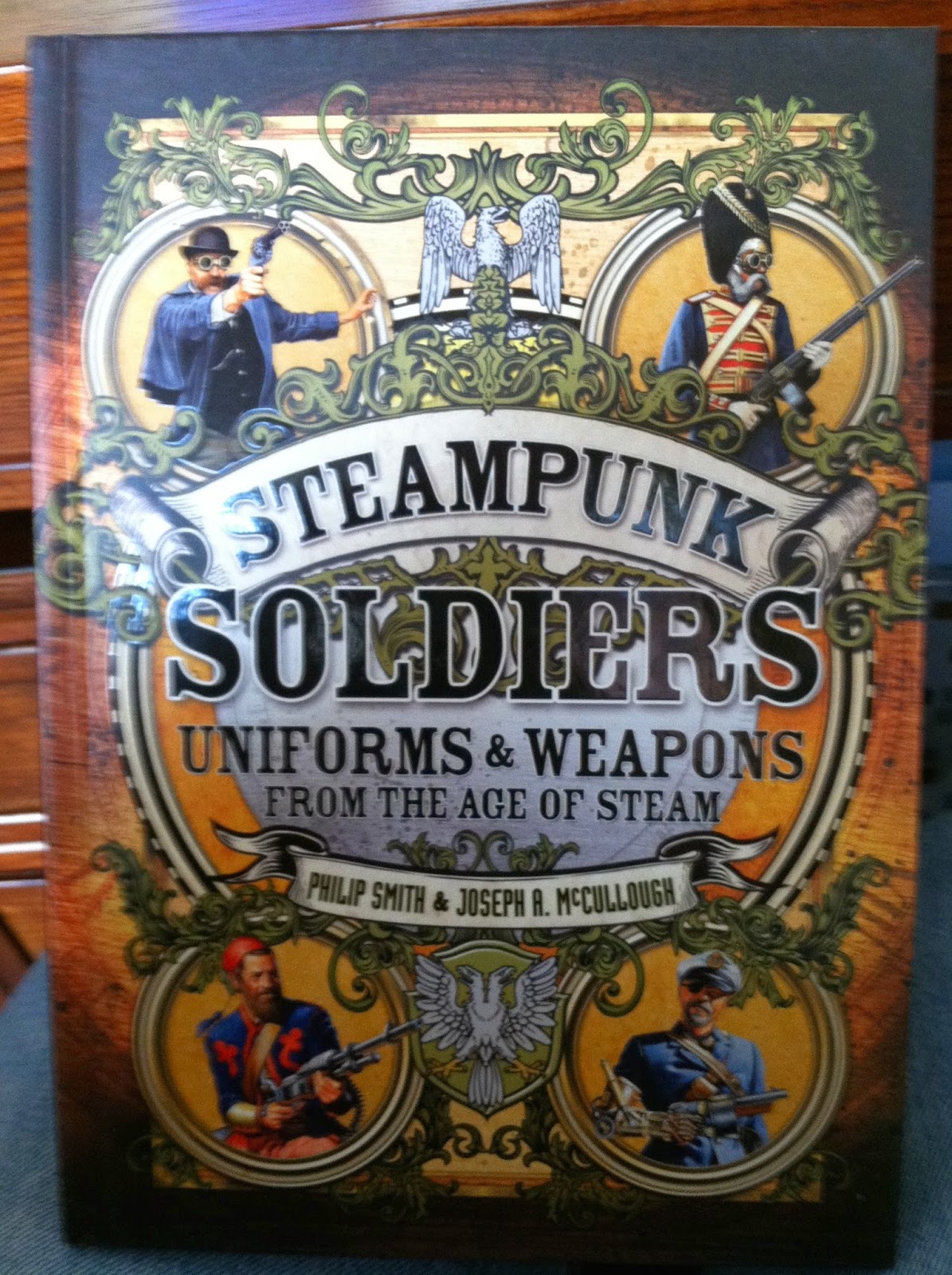 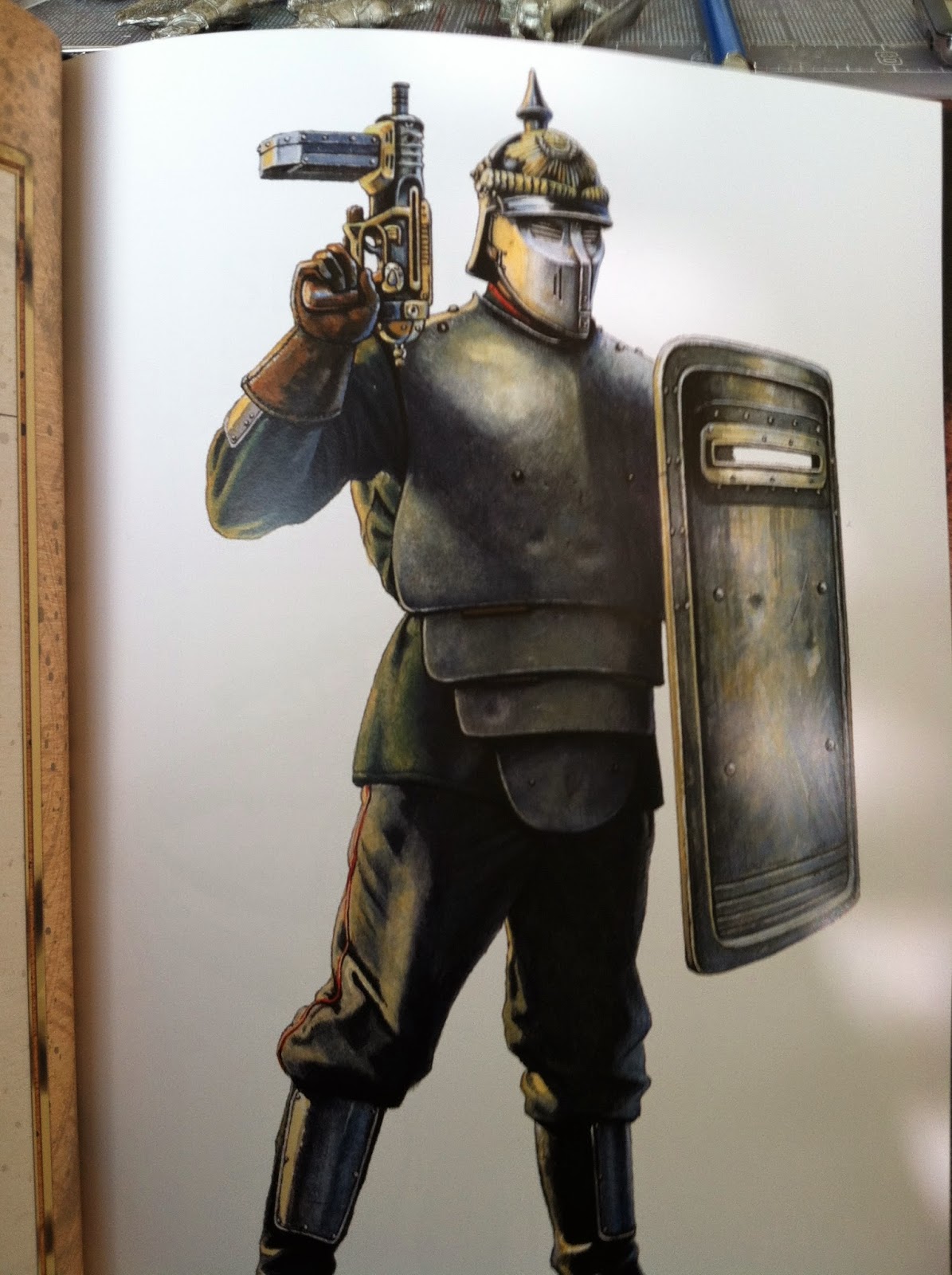 Even though it's strictly Victorian SciFi, t's written like it's real history with color plates and write ups.
GASLIGHT, be prepared for new troops!
Posted by BaronVonJ at 2:28 PM 3 comments:

The Legion in Mexico, a Fistful of Lead AAR

I wanted to test out some ideas I had for a more dynamic Close Combat mechanic I thought of for earlier periods of FfoL, where gunfire is more sporadic due to reload time. I picked the Maximillian era of Mexico (one of my favorites).
The French Foreign Legion was holding a small compound outside the territorial Governor's mansion.
The Local Insurrectos wanted to plant the their flag on the Governor's house as symbolic gesture.
As usual, our brave Legion was out numbered.
There are a few changes to the traditional rules. Because they carry single shot muzzle loaders, each model must reload after every shot (instead of just on 1s). In Close Combat, each model rolls a d10 as usual, high roller winning. There are situational bonuses, but the results are different. If you win by 5+ your opponent is dead. Win by 2-4, and there are various positional changes you can make (push them back, draw them in, switch places, break off). Tie or only win by 1, and you break off and separate. 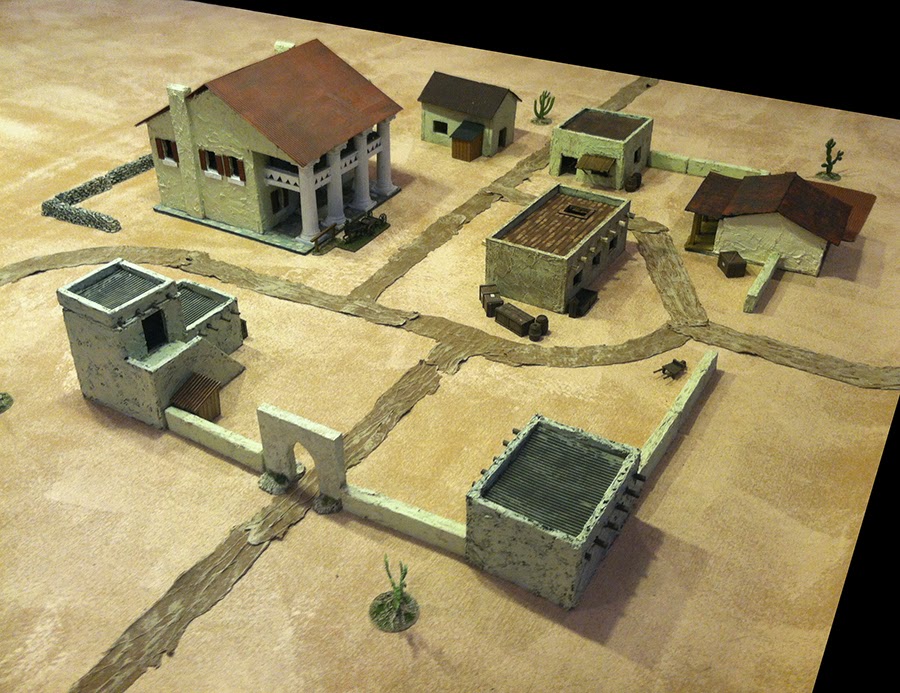 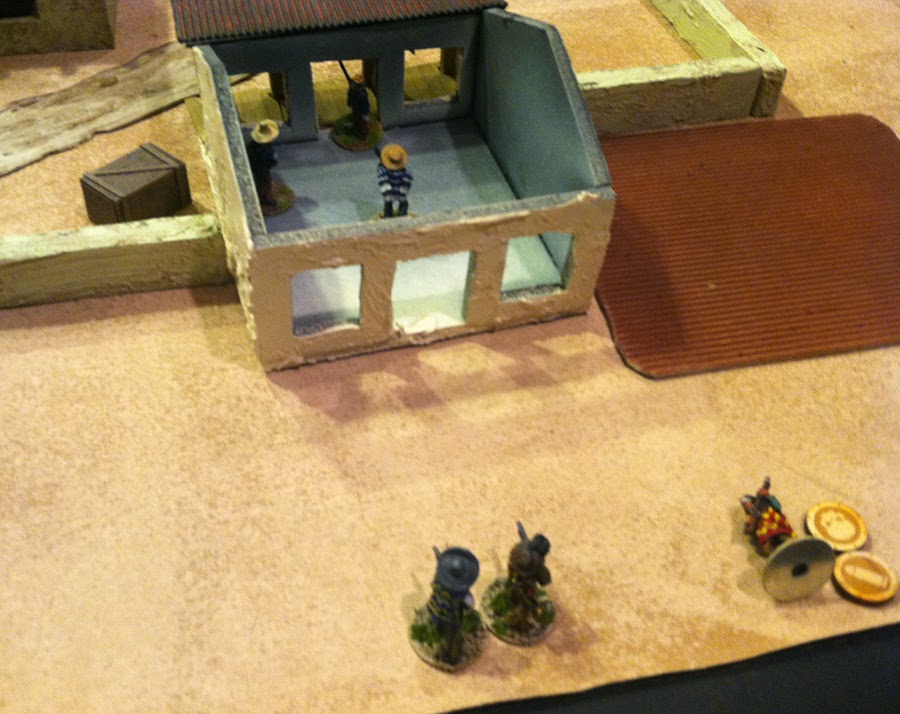 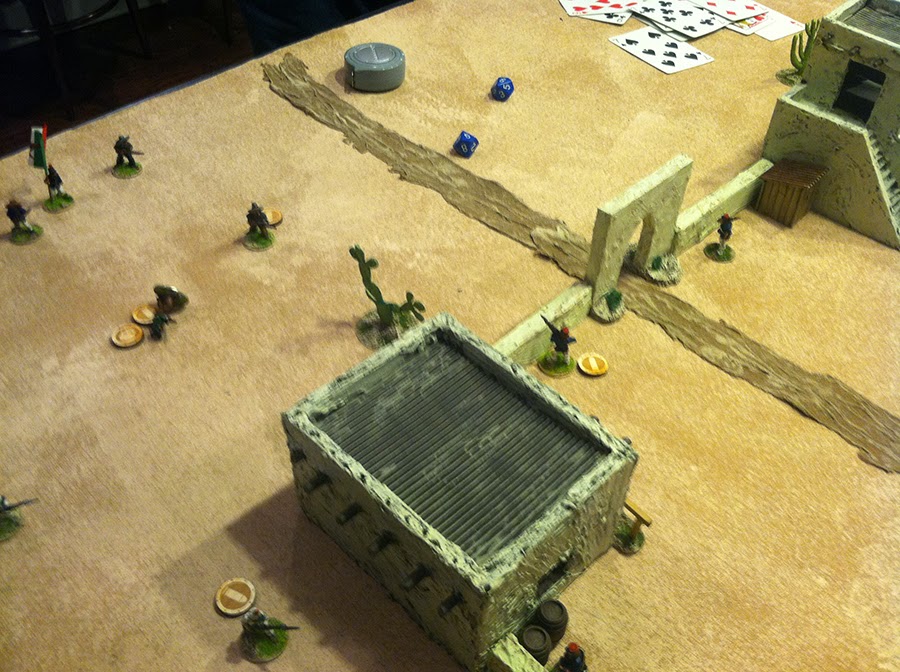 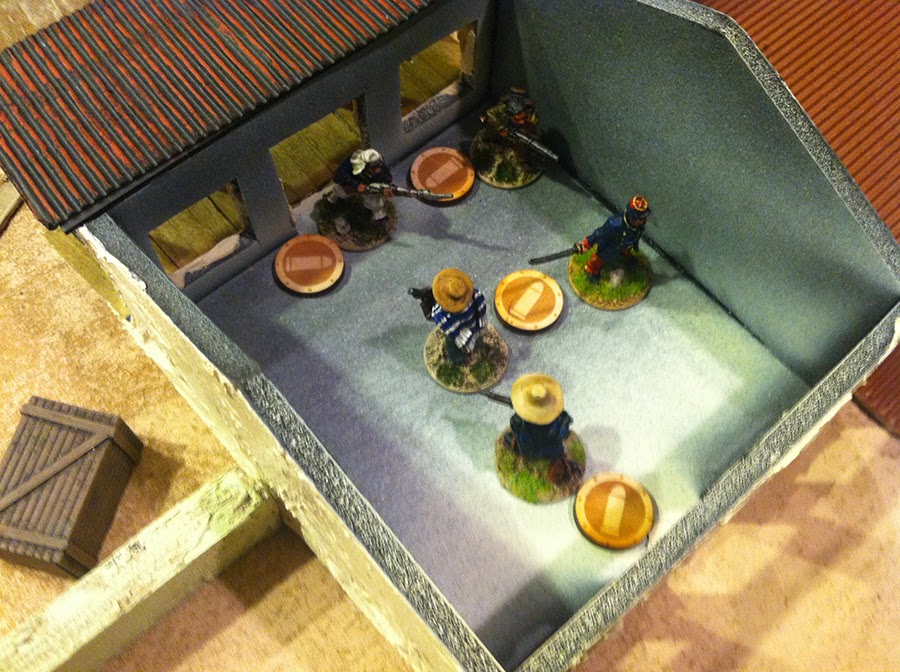 This became importantt as our brave Legion captain charged into a casa full of banditos. He managed to hold up that entire flank, in what would be called "Casa de la Morte, until he was bravely killed in true Legionnaire fashion.
Posted by BaronVonJ at 7:41 AM 4 comments: