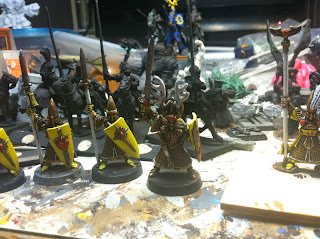 As you may have noticed, no new game AARs. A particularly brutal work and practice schedule has left me having cancel game night a few times, but I thought I'd show what I'm working on.
These are older High Elves doing double duty as Melniboneans. Since GW blatantly ripped off Michael Moorcock's books to create their history and design for High Elves, I thought it only fitting.
In Elric, the Melniboneans are described with "yellow" armor. You can take this as really yellow, or gold. Being alchemists, real yellow is a possibility so I tried true yellow on a test figure and though it looked cool, it was too much for a unit. Gold it is.
These guys still need another coat to their shields to make them opaque. Then, pop them off their slots and "green stuff" them to a base.
They will be fielded alongside my troops for the Campaign for the Kingdom. Orcs and Trolls have already shown their ugly mugs there, time for the good guys to get backup.
I also want to try them in Mayhem, Fantasy Mass Battle system. This little set shows some potential and I'll probably playtest some weekend before trying it with the Basement Generals. Or they get a couple extra stands and get used in Hail Caesar Fantasy.
You might also have noticed some Gendarmes hiding back there. Yes, they taunt me....
Posted by BaronVonJ at 7:38 AM 4 comments: 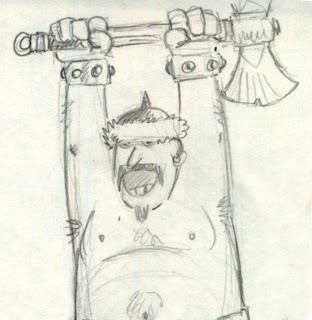 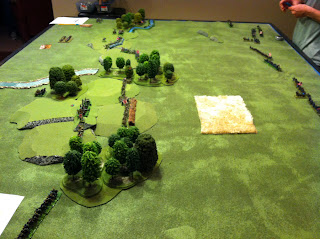 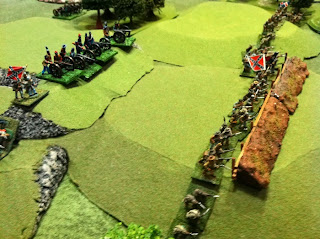 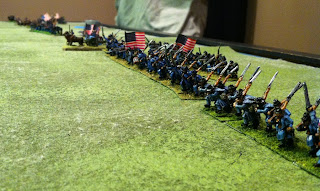 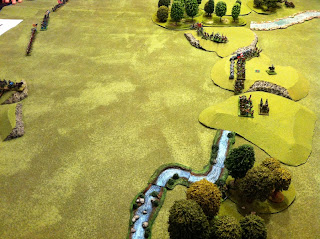 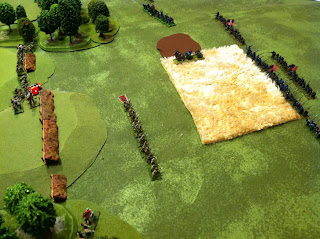 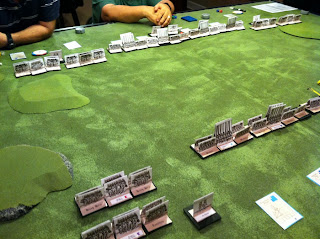 The era of big pointy sticks and crappy black powder muskets has always been mine favorite for some reason. Yet, I have never found a ruleset that completely satisfies me. Blackpowder Pike & Shotte comes close, but is pretty vanilla.
Flower of Chivalry has always given a great game over the many years we've played it, and the same company that made it, make's ECW rules God, King & Country. But, it's not that good. I will combine my favorite era, with one of my favorite rules sets for the middle ages.
The result? Mixed for me. I always hate having to play with paper stuff, for despite my love of the period I haven't painted that much. The mechanics worked fine and with fewer troops to command it was over in less than an hour. Just didn't give me that "Eureka!" sensation I wanted. Maybe back to Victory Without Quarter for awhile.
Posted by BaronVonJ at 9:19 AM 3 comments:

Longstreet got me painting 15s again

I have very few collections I consider "complete". That is to say I feel I have enough miniatures to put on battle, both sides. I have had my ACW 15mm collection for a couple of decades. They were some of the first historical miniatures I ever did. I've mentioned I've been playing Fire & Fury since it first came out and it is my "go to" rules for ACW, but Longstreet came along and breathed new life into my love for the period.
We have started a campaign using LS quick and lovely campaign system. And LS required a few more bits I didn't have: more dismounted cav (F&F requires 1 out of every 3 or 4 mounted get horse holders vs straight conversion in LS of mtd to dismtd) and a few "markers'.
So, for the first time in years I painted 15mm ACW. A few more dismounted cavalry for my 20th Virgina (the unit great great grand daddy rode with before fighting with Quantrill) and some sharpshooter markers (if I ever get them)
All figs Blue Moon. 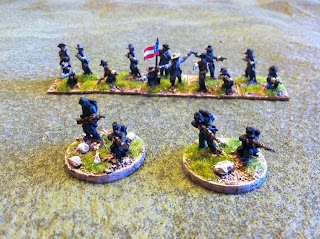 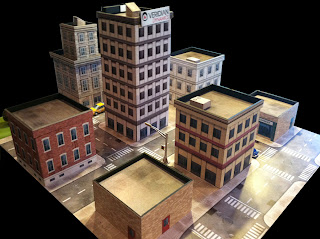 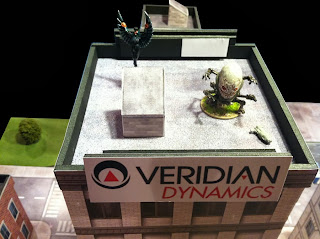 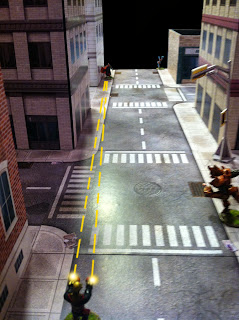 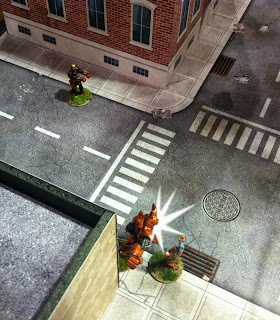 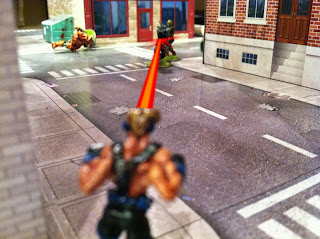 The enraged Mecha-Gor had had enough. He pummeled Mr Wonderful into the ground. Then Killshot blasted Mr Wonderful. One hero down. Seeing the distraction, the Crimson Cowl gave one last effort and fried the brain of Mecha-Gor. With loud crash of metal, the giant went down.
It was then that Eggsterminator  got Razorwing to finally fly the Null-Ray to safety. The rest of the battle wound down into smaller skirmishes, but in the end, the bad-guys had their weapon...
Posted by BaronVonJ at 8:06 AM 7 comments: