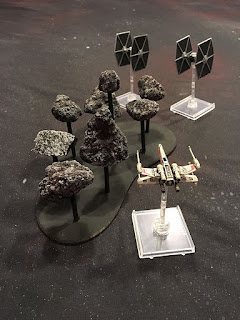 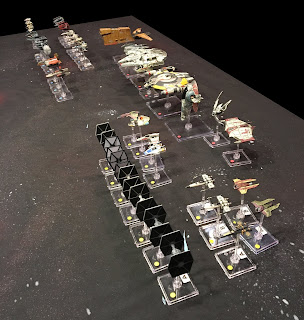 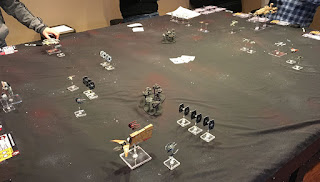 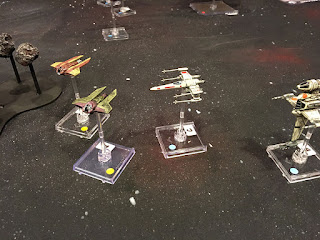 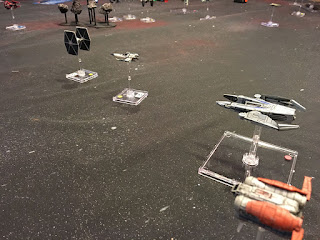 Another great game. I'm not sure I know of another game that can handle that many players and ships, play it out in time and still give a good feel for the genre. I need to try it on a smaller table. Not everyone has a 6' x 8' table.
While laying out the rules Cluck Amok sent me a text asking if I thought the rules would work with the horde of Crimson Skies planes we have. Another great game that suffers when too many planes are on the table. My answer was "Yes. Yes they will".
We've come a long ways from the Wild West.
Posted by BaronVonJ at 10:55 AM 7 comments:

Dark Day of the Destructo Ray 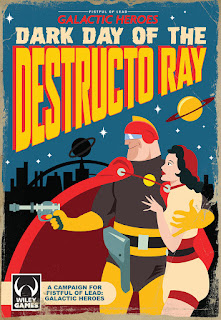 Dark Day of the Destructo Ray is a campaign for Fistful of Lead: Galactic Heroes. The campaign is a series of 7 linked scenarios to be played in order. The outcome of each scenario has a direct effect on the next game. The player with the most Renown at the end of the campaign wins, and saves the Galaxy for Freedom, or finally brings it order!