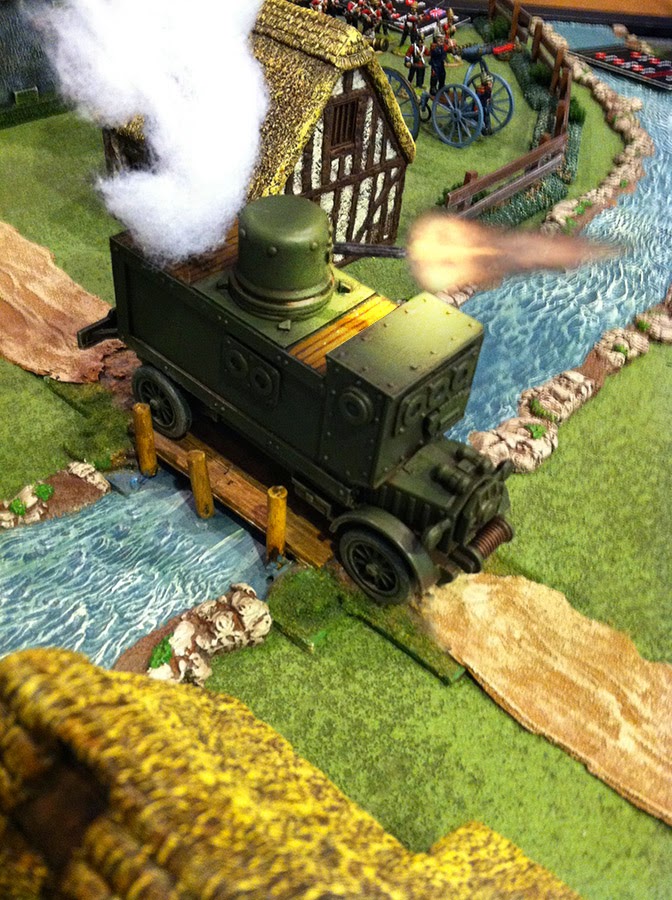 After a couple of weeks of solid work, I needed the embrace of an old friend. GASLIGHT.
The scenario was simple. Be the first to knock out 3 of the opponent's Armored contraptions. 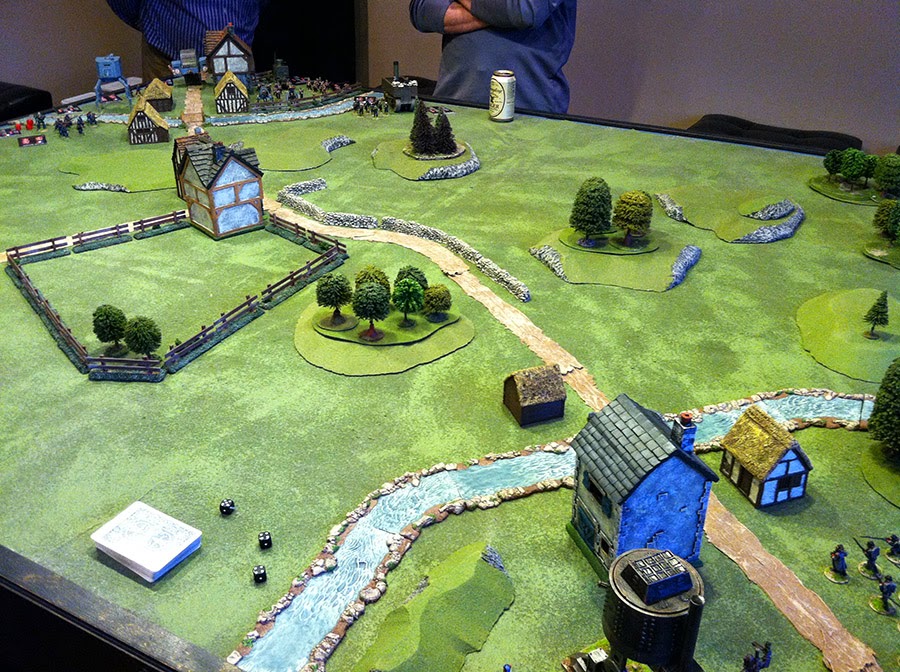 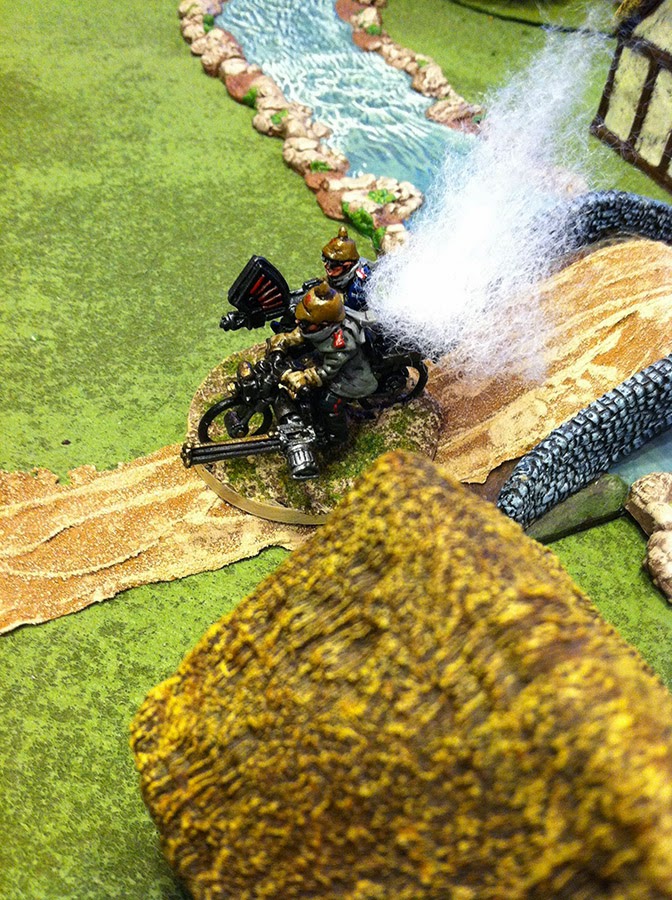 The German velocipede speeds ahead to glory! (and death)
The Germans had speed and mobility (in theory) and the Anglo-French forces had firepower.
Both sides had trouble with traffic jams at the bridges. Both sides had the option of just crossing the streams with a bog check. I elected this and of course, failed. This left one of the most deadly vehicles stuck in the mud. 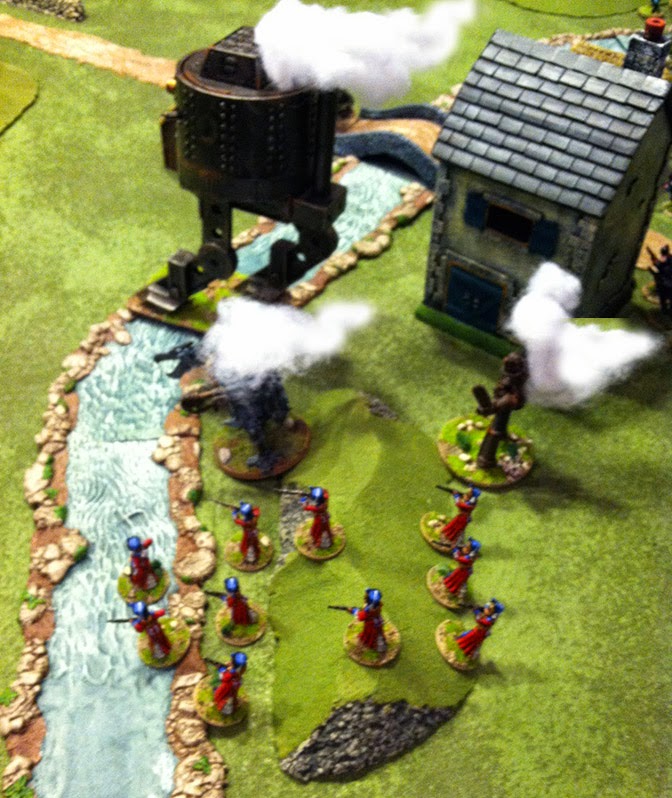 These ladies are going to get their skirts wet. 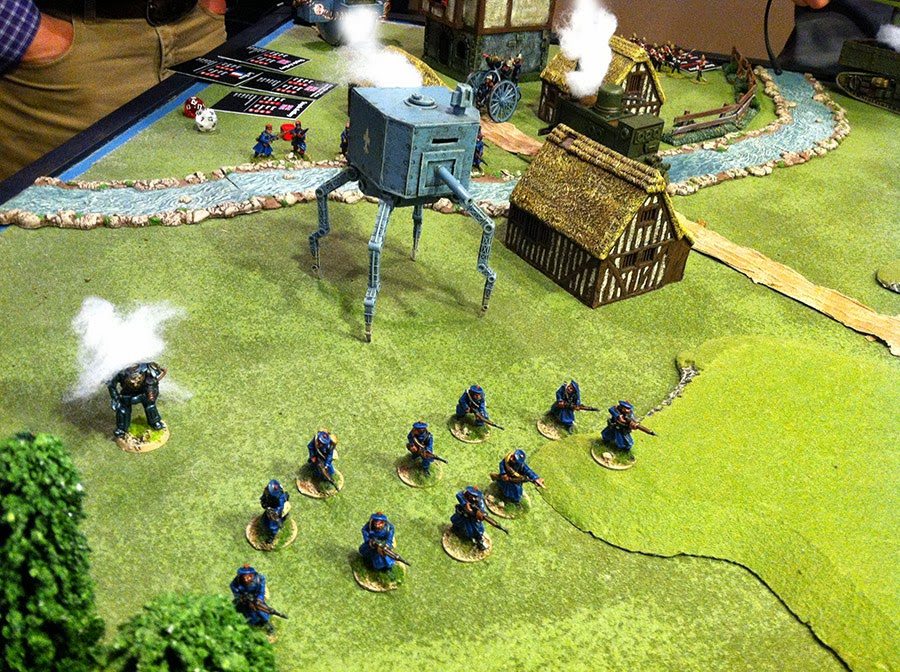 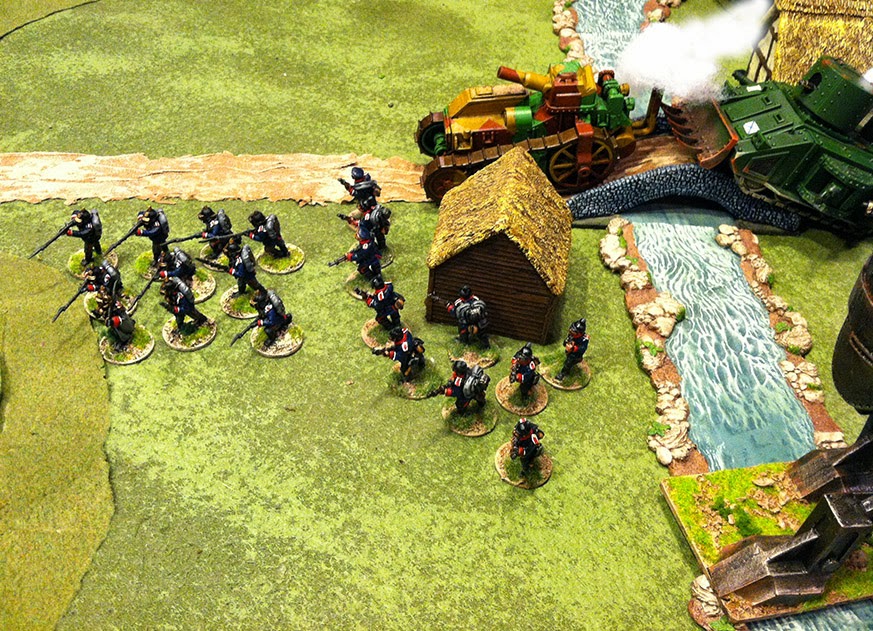 The aforementioned traffic jam.
Some of our old favorites made an appearance. L'Roue did it's usual number, not starting until the game was almost over, flying ahead, then failing it's Sustain roll and becoming a burning hulk soon after. 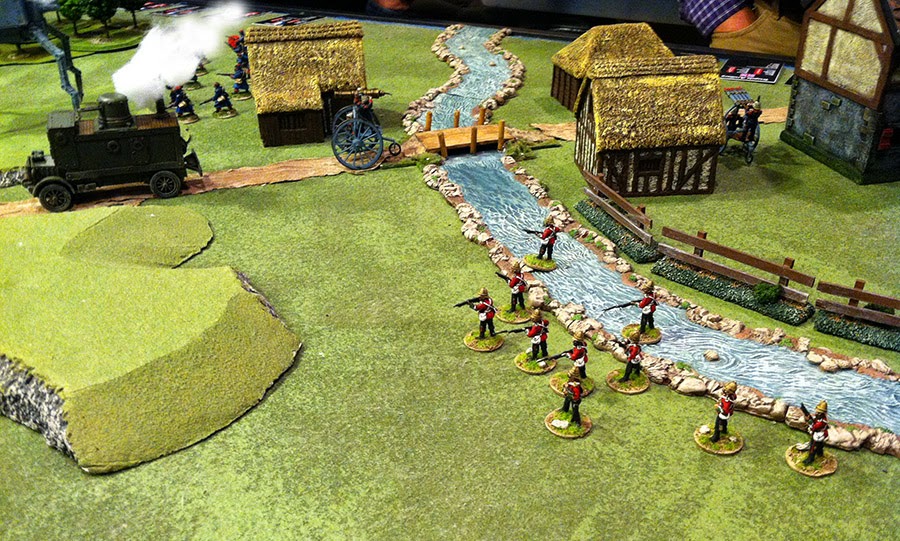 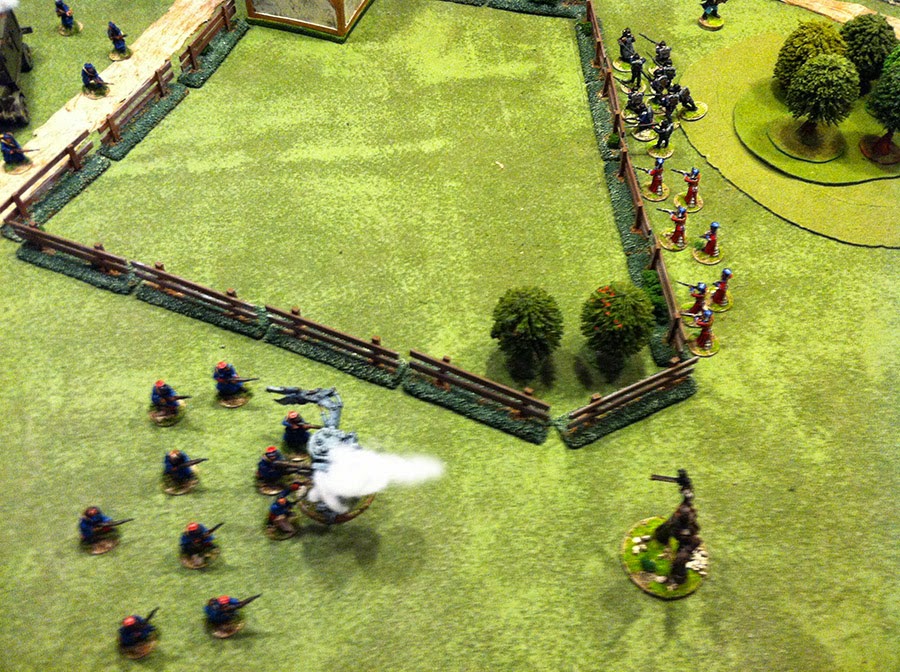 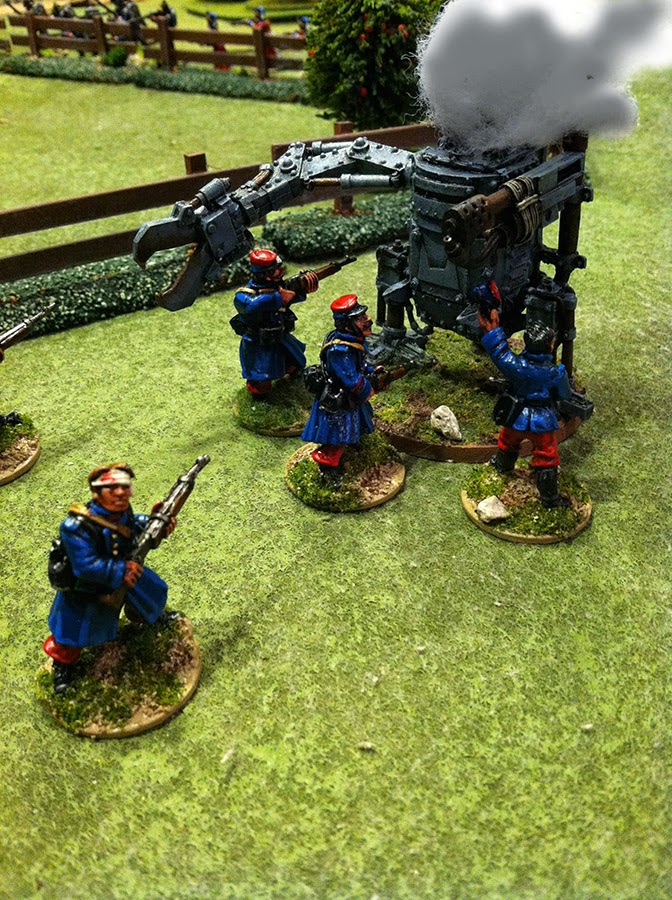 The Killenkanner lumbered forward torching everything in its path until swarmed by a mass of French infantry.
A glorious game of steamy, clankey goodness. There were massive explosions, feats of heroism and poor, bad luck.
Who won? I don't remember or care....
Posted by BaronVonJ at 8:30 AM 6 comments: 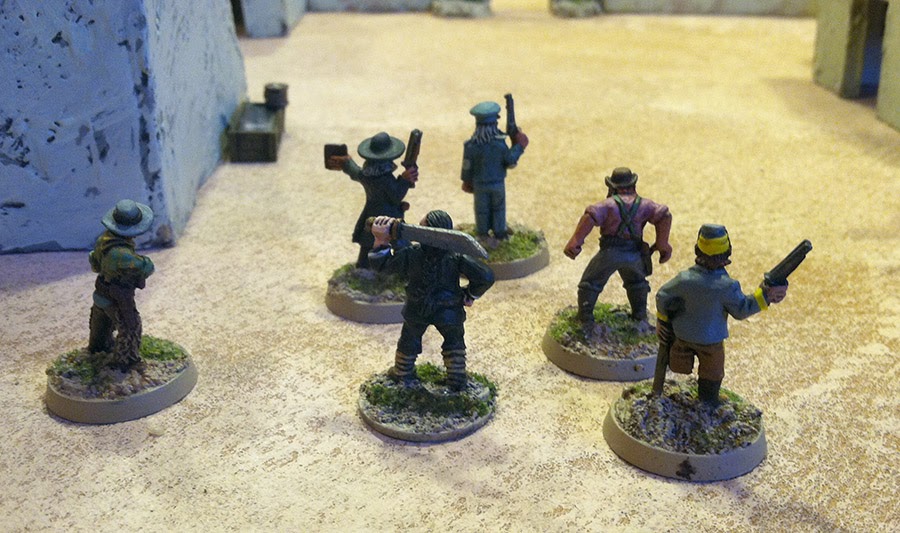 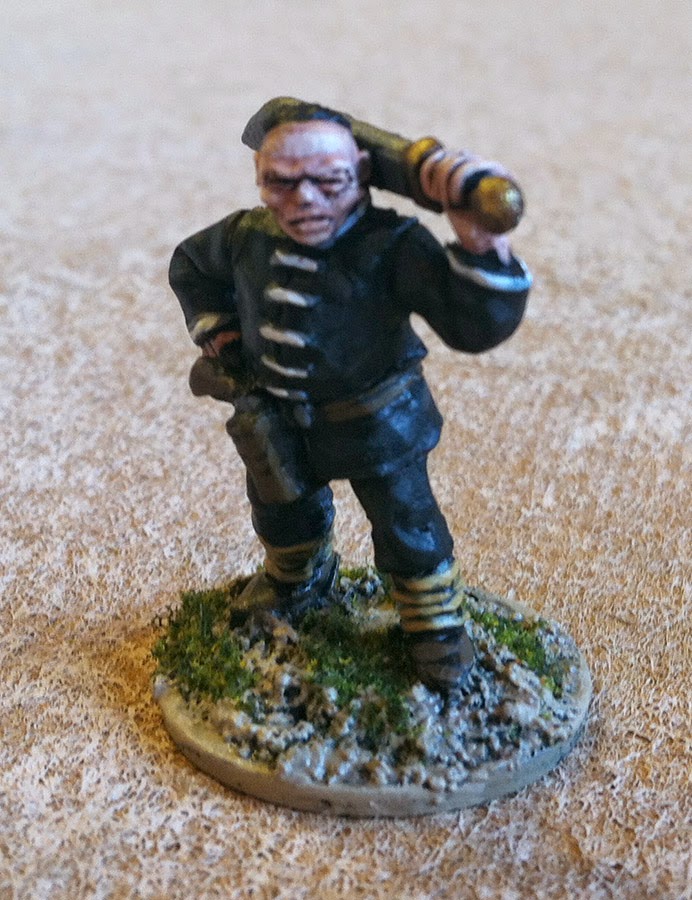 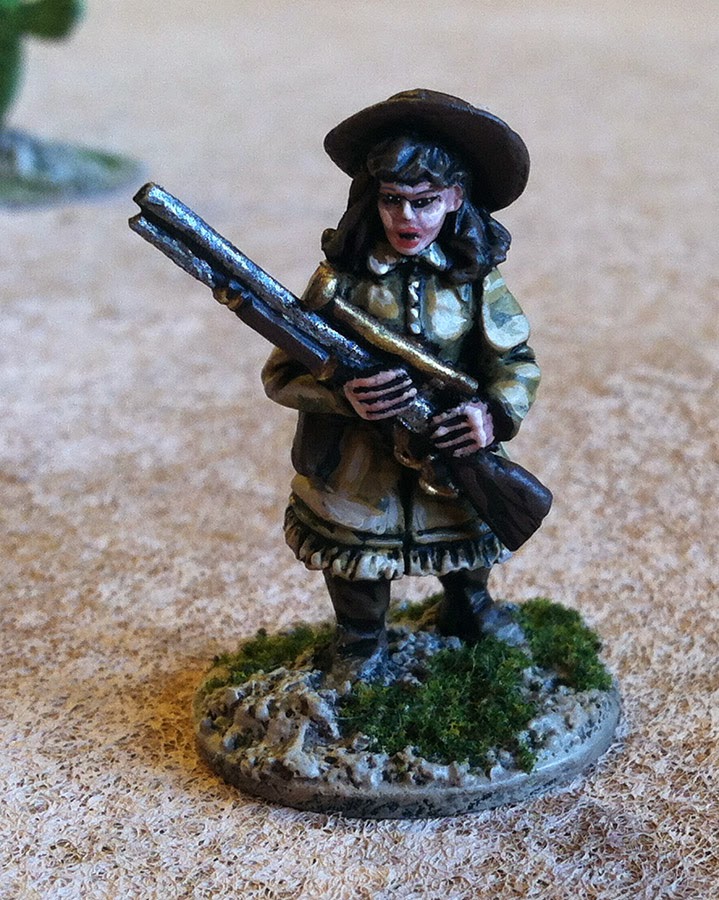 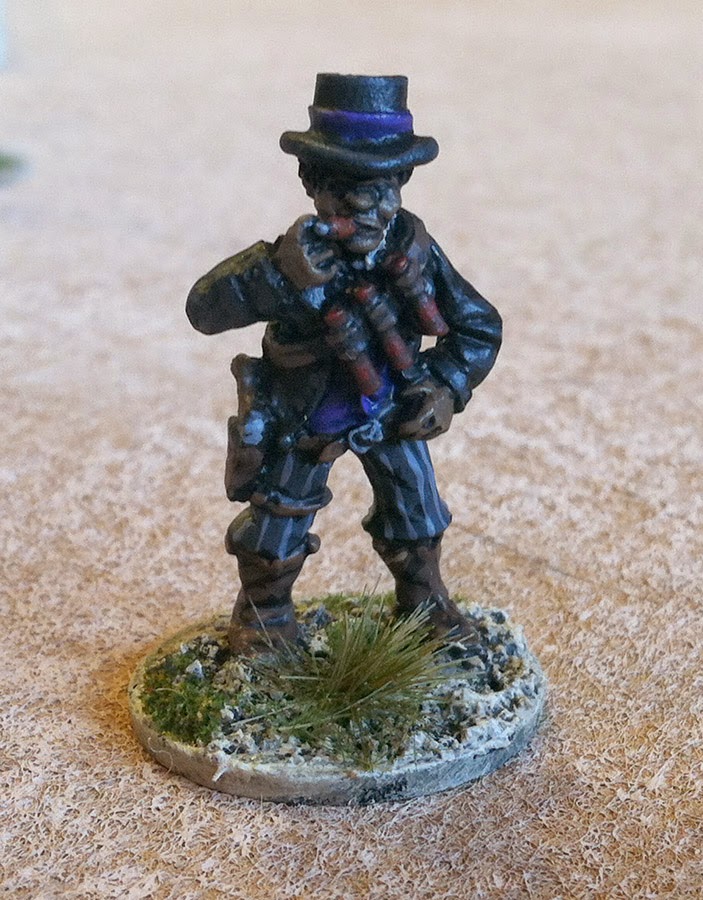 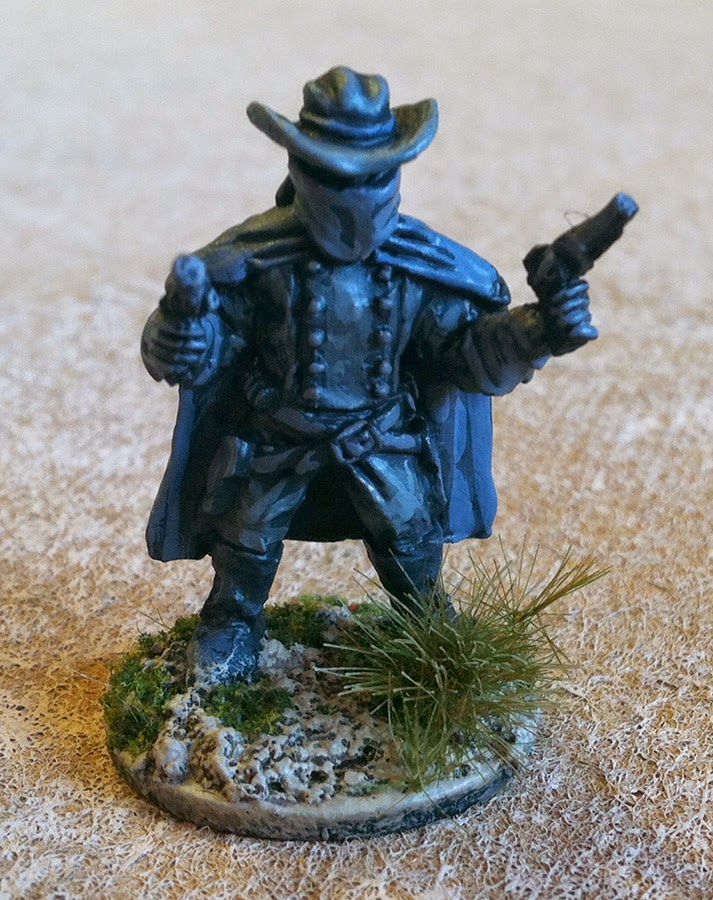 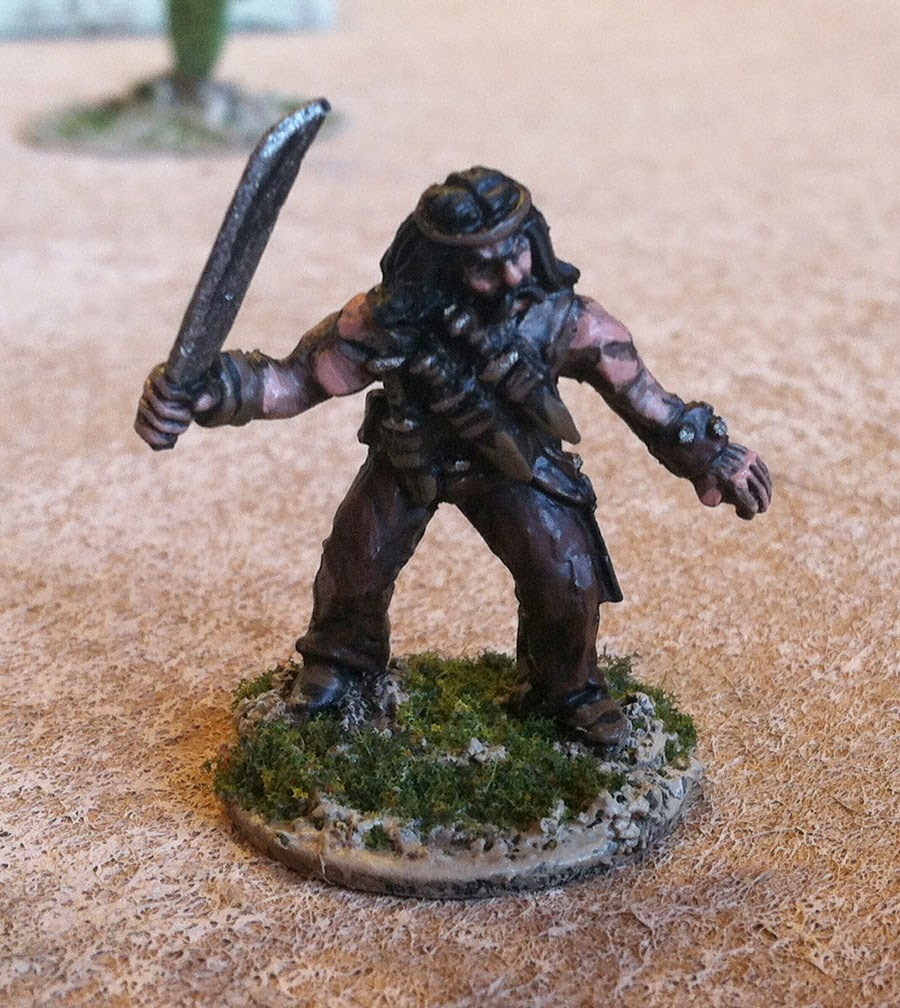 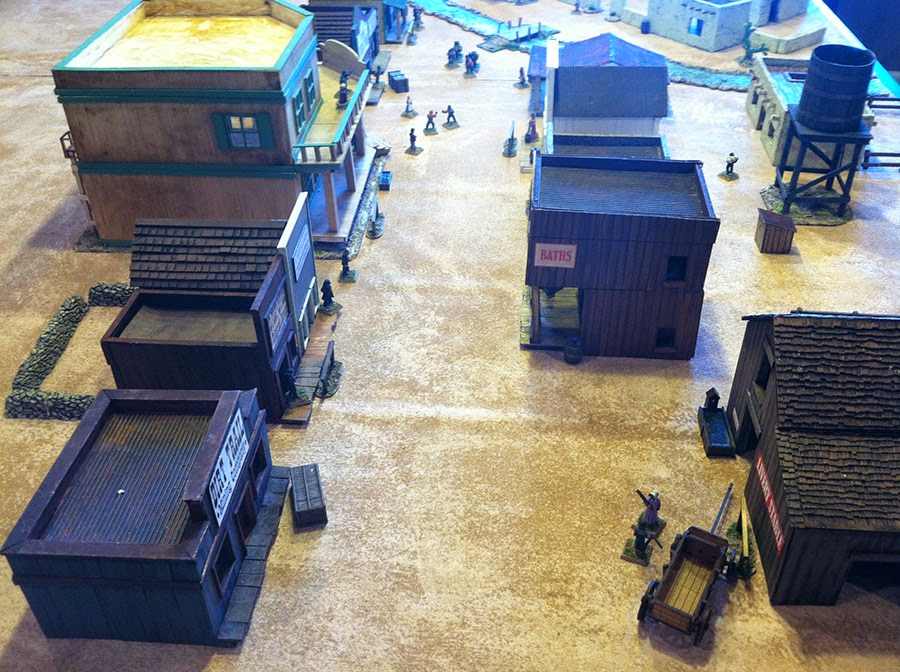 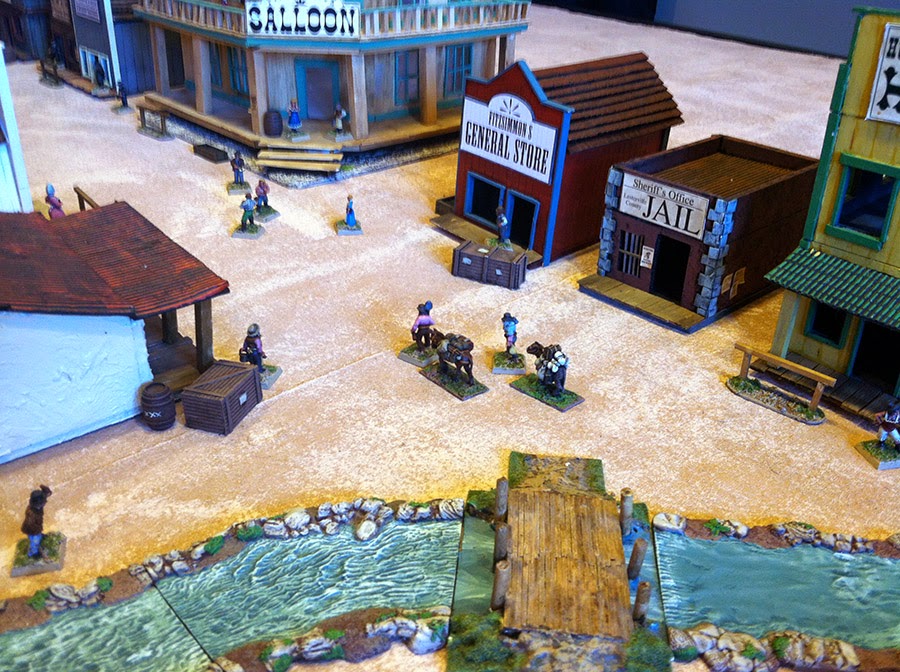 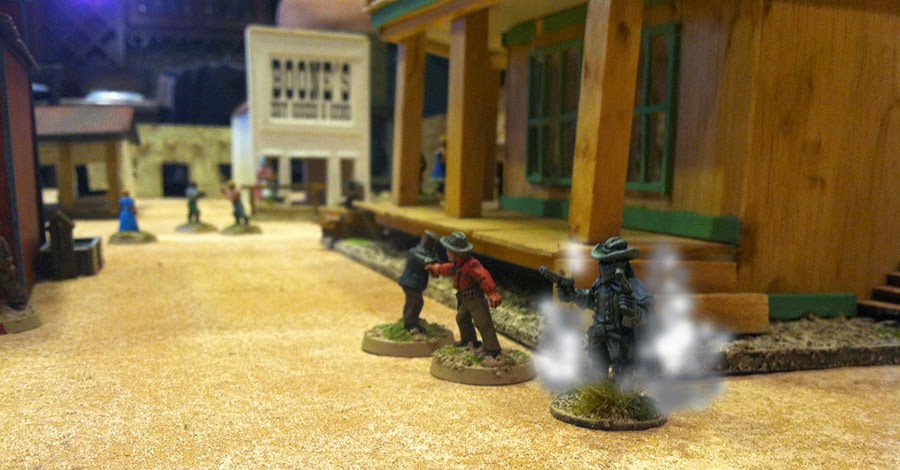 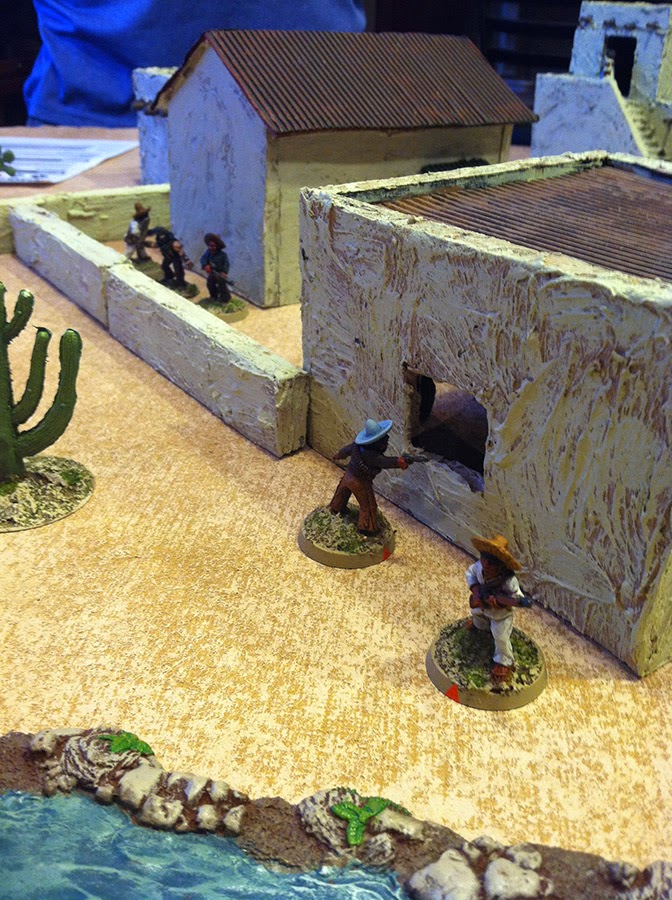 A shot of two other regiments for the Duchy of Forthweg. 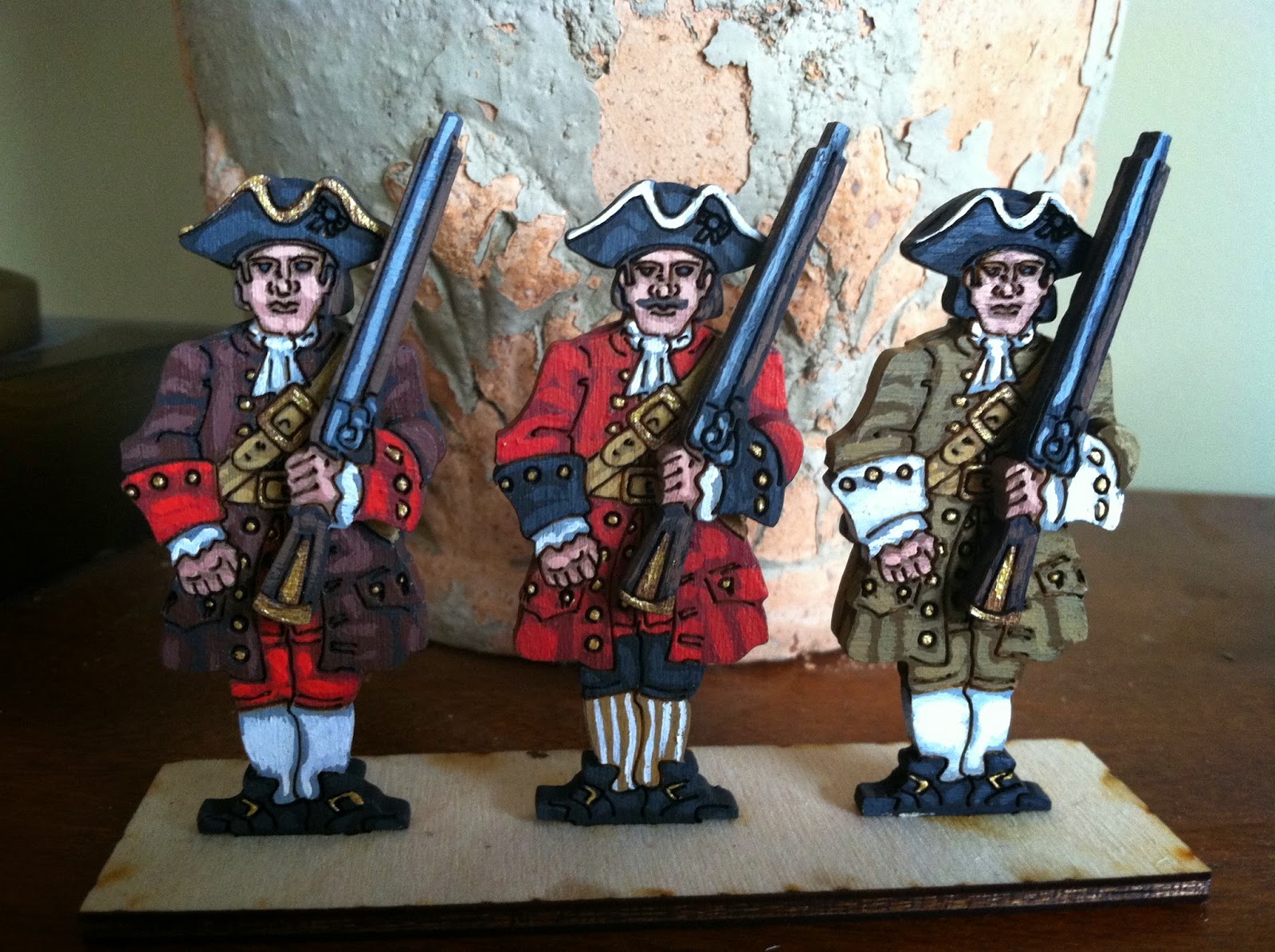