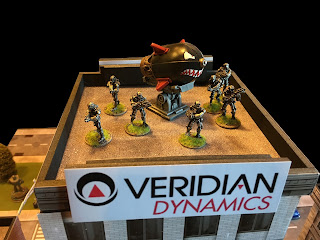 What could the villains of the International Crime Syndicate be up to now? They've set up some sort of Super Weapon atop the Veridian Dynamics building, guarded by menacing looking robots. 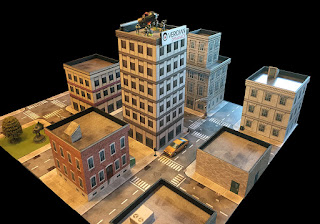 It's up to the Galant Guardians to save the day!
But what's this? The bad guys seemed to be after something besides blowing up the city. They're searching for something.... 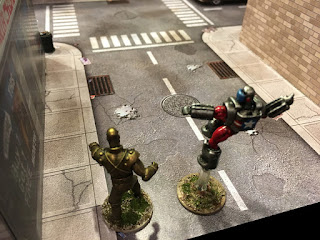 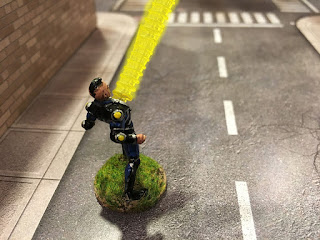 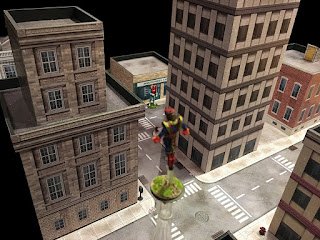 One Eyed Jack takes to the skies and spots Doc Titan. 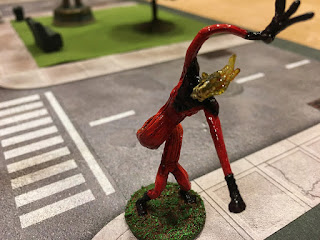 Hellbent is among the evil-doers. 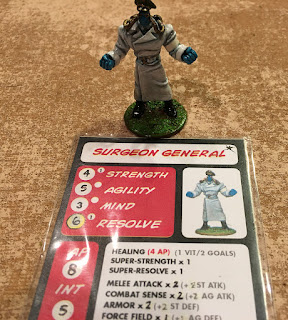 The heroes should have brought along Surgeon General... 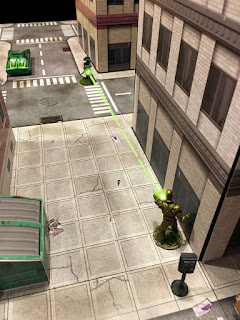 Green Ghost blasts Goldar with a volley from his ghoulish gun. 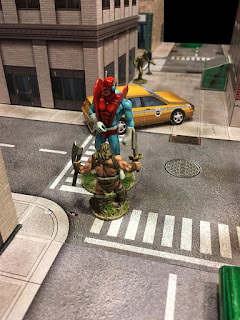 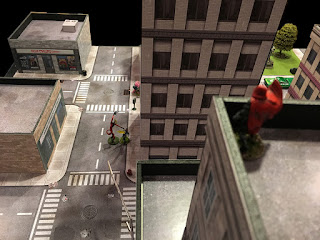 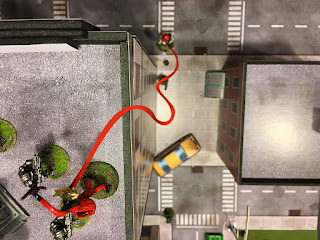 Hellbent finishes Doc Titan off with punch from 8 stories up!
The heroes became bogged down searching for whatever the villains were looking for instead of pounding heads while they had the advantage. With the arrival of Korgoth and Behemoth the heroes were done. Little did they know, that in an unassuming comic shop, hidden on a dusty shelf, was the Gauntlet of Infinite Power. The ownwer had picked it up at a garage sale not knowing its true power.
In the hands of the Crime Syndicate, what terror they could unleash!
Posted by BaronVonJ at 3:00 PM 2 comments: 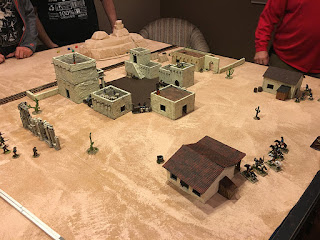 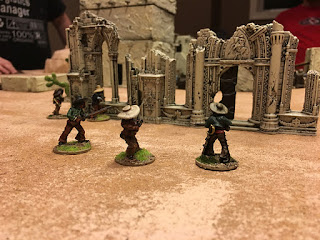 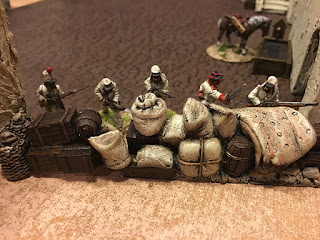 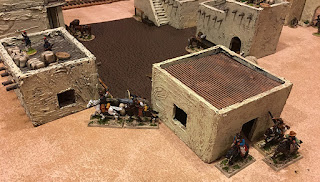 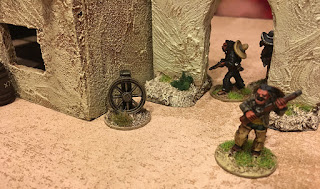 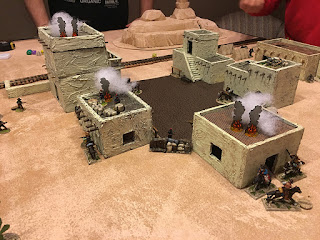 There was also a turn limit and barricade rules. All in all, it felt balanced. The turn limit forced the attackers to move forward, rather than sit back and pound the out numbered defenders. The result followed history, with the attackers (including some American Foreign Legion troops) taking the city just in time.
There were some miniature substitutions. Most of the Federales were dressed 40 years out of date, but ordering some appropriate miniatures.
Posted by BaronVonJ at 3:35 PM 6 comments: