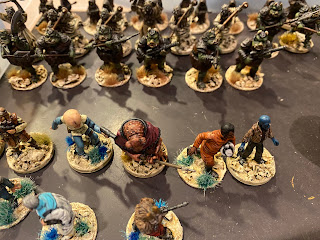 After a couple of Bigger Battles it was a nice change to do some Galactic Heroes scale game. 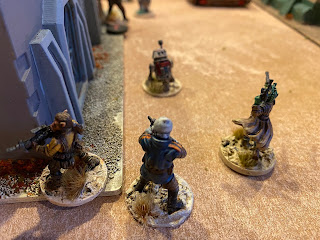 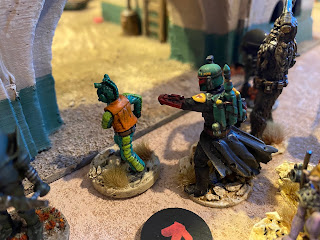 We had a 10 player game with each player in control of a gang of bounty hunters. Each had a specific bounty but no idea where they were. Luckily they each had a tracking fob (I had a map where each bounty was and used  a small arrow to indicate direction. When the miniature with the fob was close I indicated the building they were in). 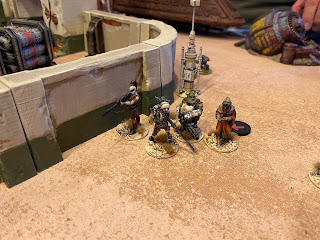 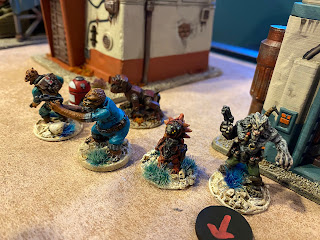 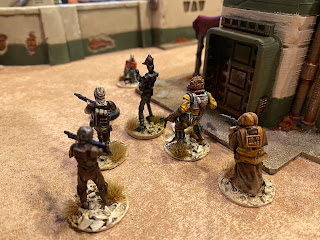 Once a bounty was caught, they had 2 different places they could turn them in, to Greef Karga or Jabba the Hutt. Players didn't know what each bounty was worth til the end, so poaching other player's bounties started almost immediately. 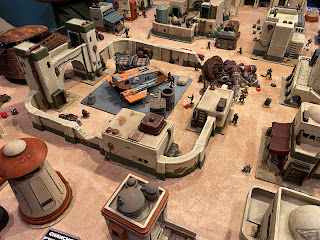 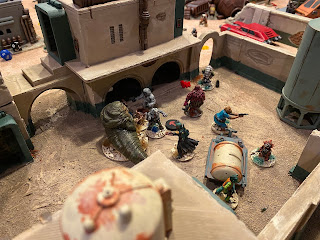 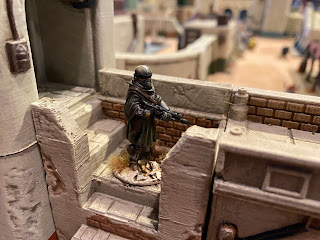 When the dust settled, only 3 bounties had been turned in. Backstabbing and skullduggery meant most of the players were combat ineffective by the time the authorities showed up to see what all the noise was about.

If you want to see the whole game, head one over to our YouTube channel here.

Posted by BaronVonJ at 12:14 PM No comments: