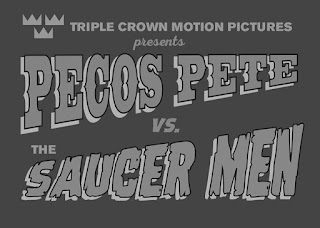 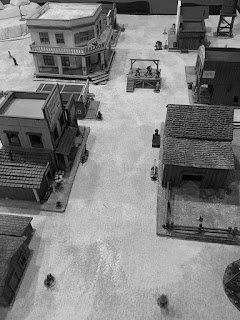 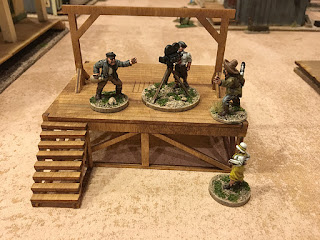 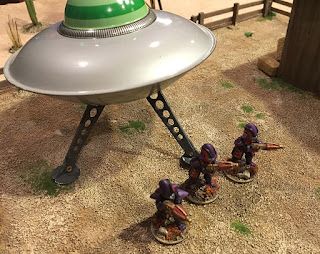 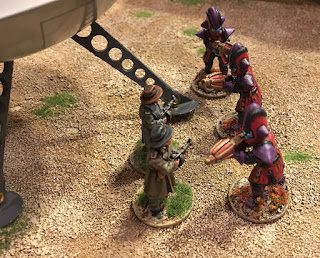 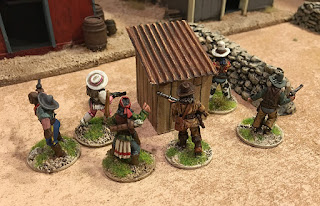 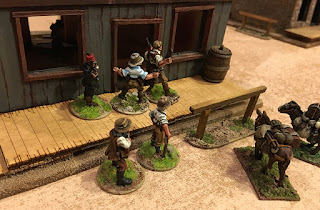 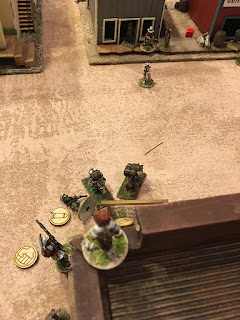 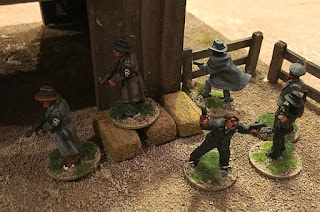 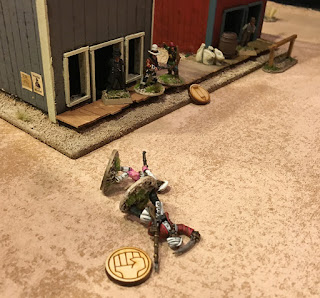 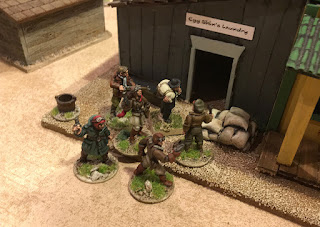 The Red Raptor and his Sky Hunters spends waaaay to much time interrogating Egg Shin (plot Point 3). Maybe he was to easy on him?
Pete and the gang grabbed Plot Point # 4, which left everyone running towards the middle to grab the final one, the script girl, Matilda. The Royal Society had the edge and managed to grab the map from her, winning the game.
After not playing for months, we got quite a bit wrong, but still a blast.
Next Episode: In the Valley of the Broken Moon
Posted by BaronVonJ at 12:02 PM

One thing I like about Pulp Alley is how flexible the rules are in being able to adapt them to use all sorts of miniatures and story-lines.

Lovely little game and some good photos. Who makes the UFO aliens?

Fun report.
I can picture poor "Matilda, the script girl" watching everything like a bystander, and then...
everyone turns to face... her
LOL