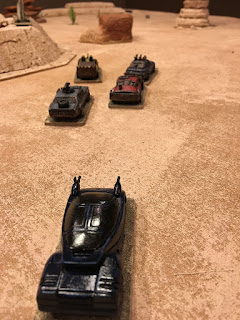 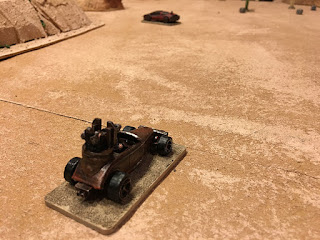 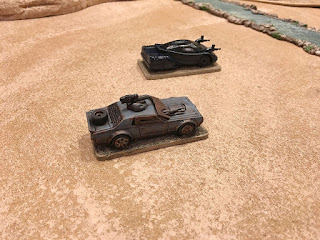 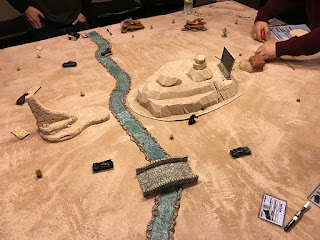 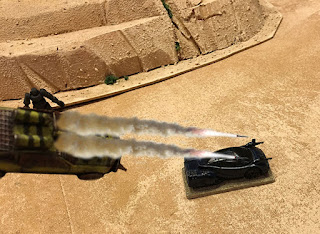 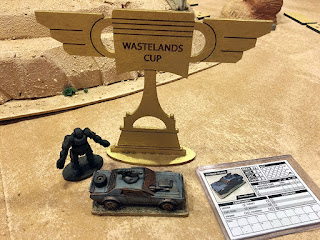 Psycho Steve Simms made it both laps somewhat unharmed. He was awarded the Wastelands Cup, will get the place of honor when leading raids and bragging rights until the next race.
Once again Axles & Alloys II came through for a great game filled with crashes, near misses and untimely deaths. Everyone was inspired to build their own vehicle (someone say "Gravedigger?"). We'll be running a Mad Max style highway chase soon.
Posted by BaronVonJ at 9:23 AM

Nice! Wish I could have been there

We would've given you all the motorcycles.

So many beautiful vehicles here!