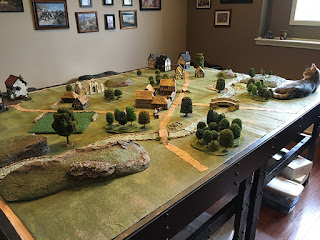 The Basement General's were visited by a guest gamer, so I had to try and wow him with an oldie but a goodie.
After the a successful mass airship landing, the Germans managed a bridgehead on the coast. They quickly moved inland.
The scenario last night: Rokkitruppen had already flown ahead and captured a small fortified farmhouse outside a village near an important crossroad. A small German scout force must now push forward to take one of the village roads and hold the bridge.
Meanwhile, the British must prevent it.
The British were aided by some Hero-types. Only one of which made a difference in the ensuing fight. 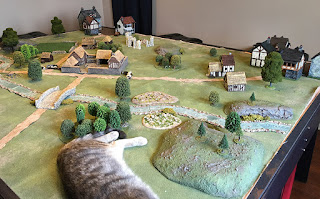 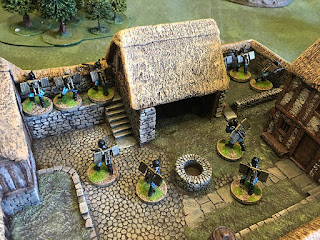 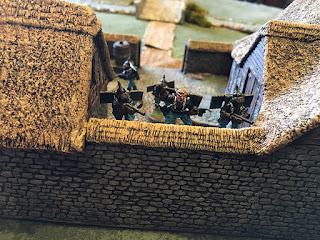 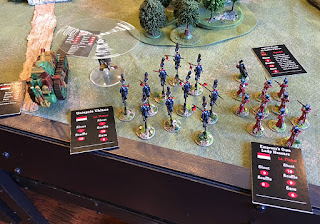 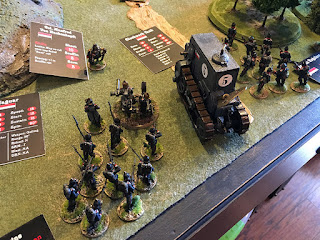 And for the British: 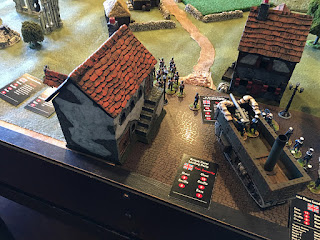 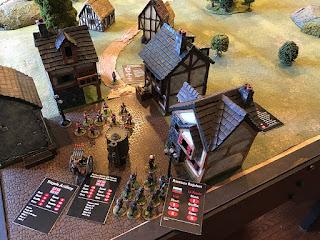 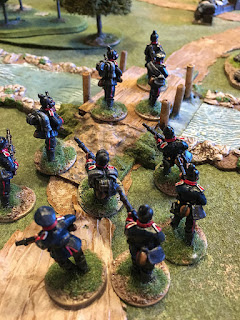 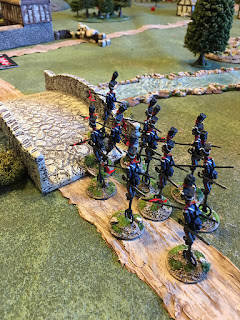 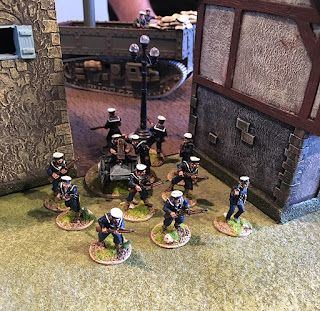 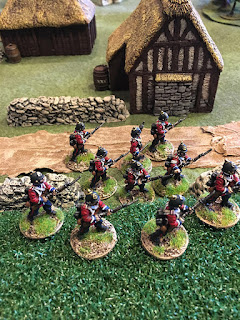 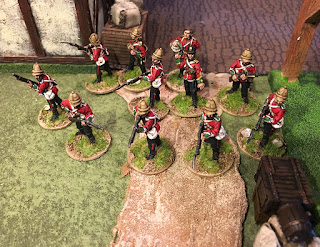 The Germans suffered from poor morale rolls, while the Brits, defending their homeland didn't. 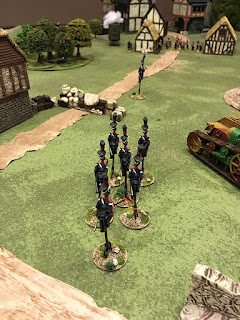 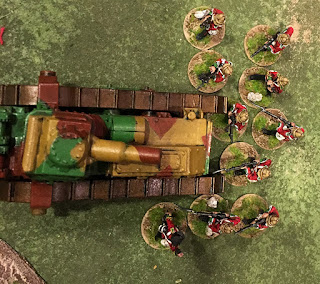 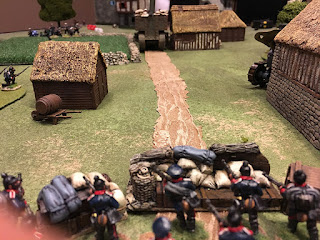 The Rokkitruppen tried one last gamble, and using all their fuel, jumped towards one of the objectives. They fell short and were cut to pieces by the waiting British.
GASLIGHT provided a great little game as usual.

I love the terrain and miniatures and cards and all! Looks fantastic! And sounds like it was a fun game. Even the cat seemed to be enjoying it. :)

Was a great game and awesome time!!

Good looking game. I put it in my weekly round-up: