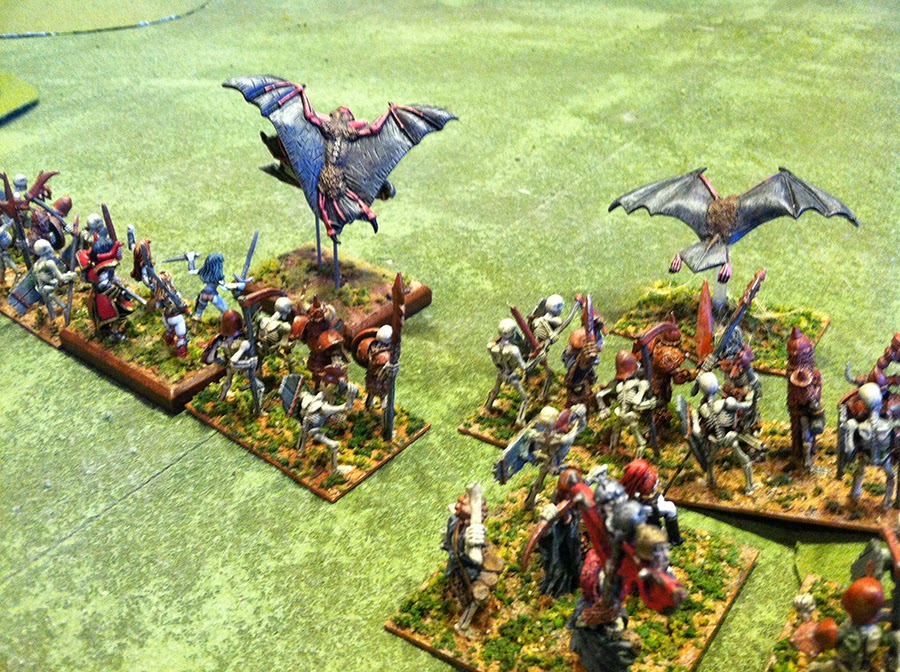 We had a visitor from the far away land of Minnesota, CluckAmok himself. Chris is a big fan of HoTTs, and wanted to try Mayhem. Both having lots in common, and much that isn't. Mayhem must have sparked even more curiosity because we even got MIA Basement Genral Chad to show too.
Chris brought his amazing Undead HoTTs army that let us field 3 separate Mayhem 200 pt armies. Combined with two orc armies and 3 human, we had 8 commands. 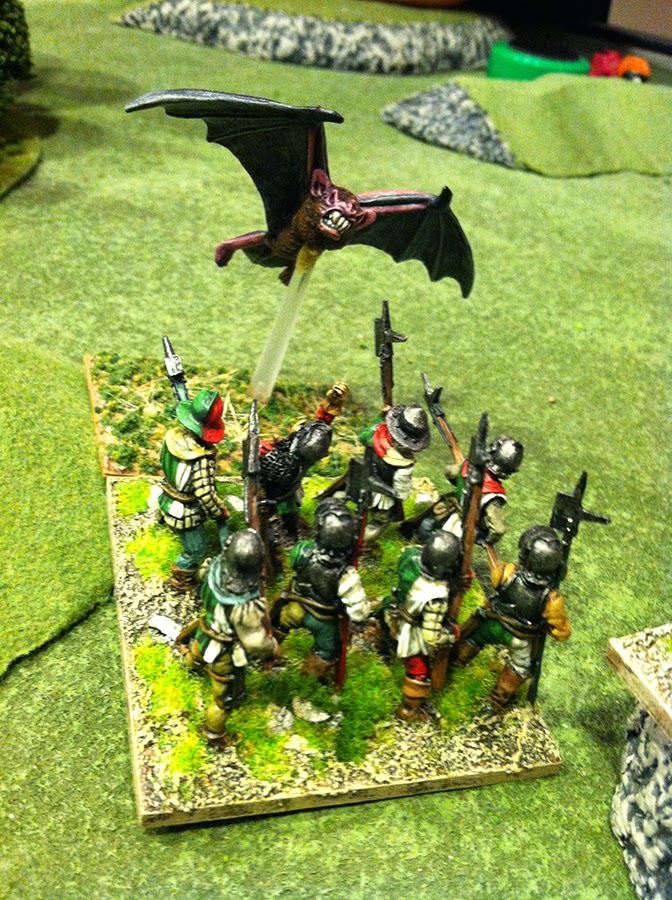 We've played Mayhem 3 times before but never with this many or with magic, or hordes. Worked great. Only problem was I should have started the armies closer to engage quicker.
I did some things horribly wrong rules-wise. But, everyone agreed it was a test game.
Biggest AHA! moment was when Bill suggested we  could use Mayhem as a skirmish game. Simply make the units single miniatures. A play test is in order!

Thanks to you and the Generals for being such good hosts.

I think for regular units, the rolla one is a kill mechanic is good. But I don't like it for a general. Way too punative.

Had a great time. Nice to see Chris and the boys. Been a while.

Or spend the points to make him a badass. Also, Chris dragon had "damage" so he wouldn't have gone down.

Yup - that was the "Aha" moment for me: Check your own stats and know the rules : )