With a German invasion looming, all coastal towns have been put on high alert. Particularly those towns with the newly installed Smedley-Smutt's patented Anti-Airship Rockets.
Little did the small village of Grumley's Tavern know, Fritz had landed via submersible a few miles down the coast and was planning to take out the new rockets.
For the scenario, the Germans had to destroy both rocket platforms. One was close, but defended, the other deep in enemy territory. They were lightly armed in the contraption department, but had a marine autogyro and Rokkitruppen. 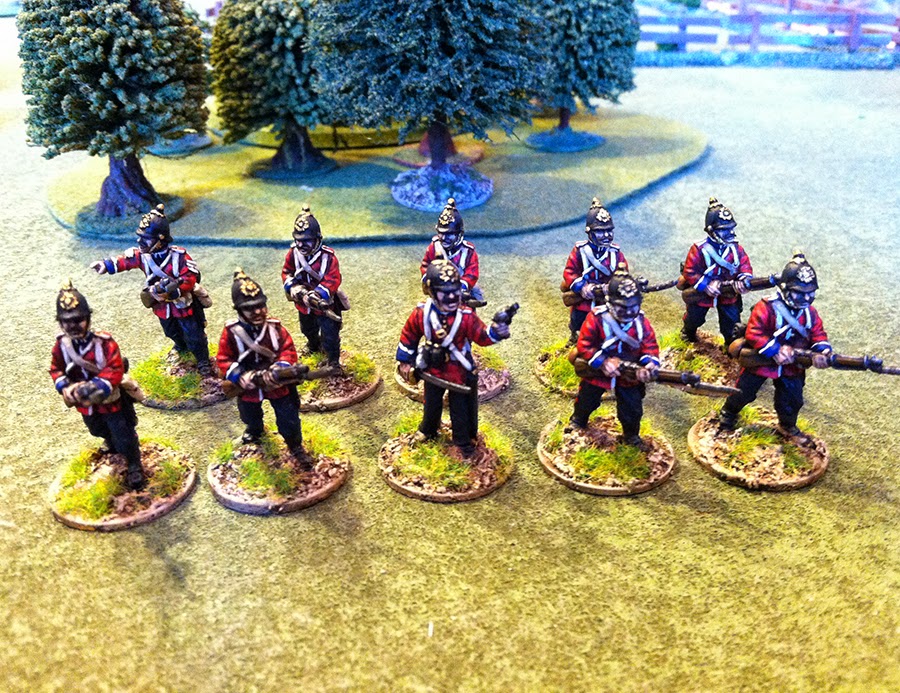 The Home Guard (I painted them in a day) come to the defense!

The unsuspecting village of Grumley's Tavern 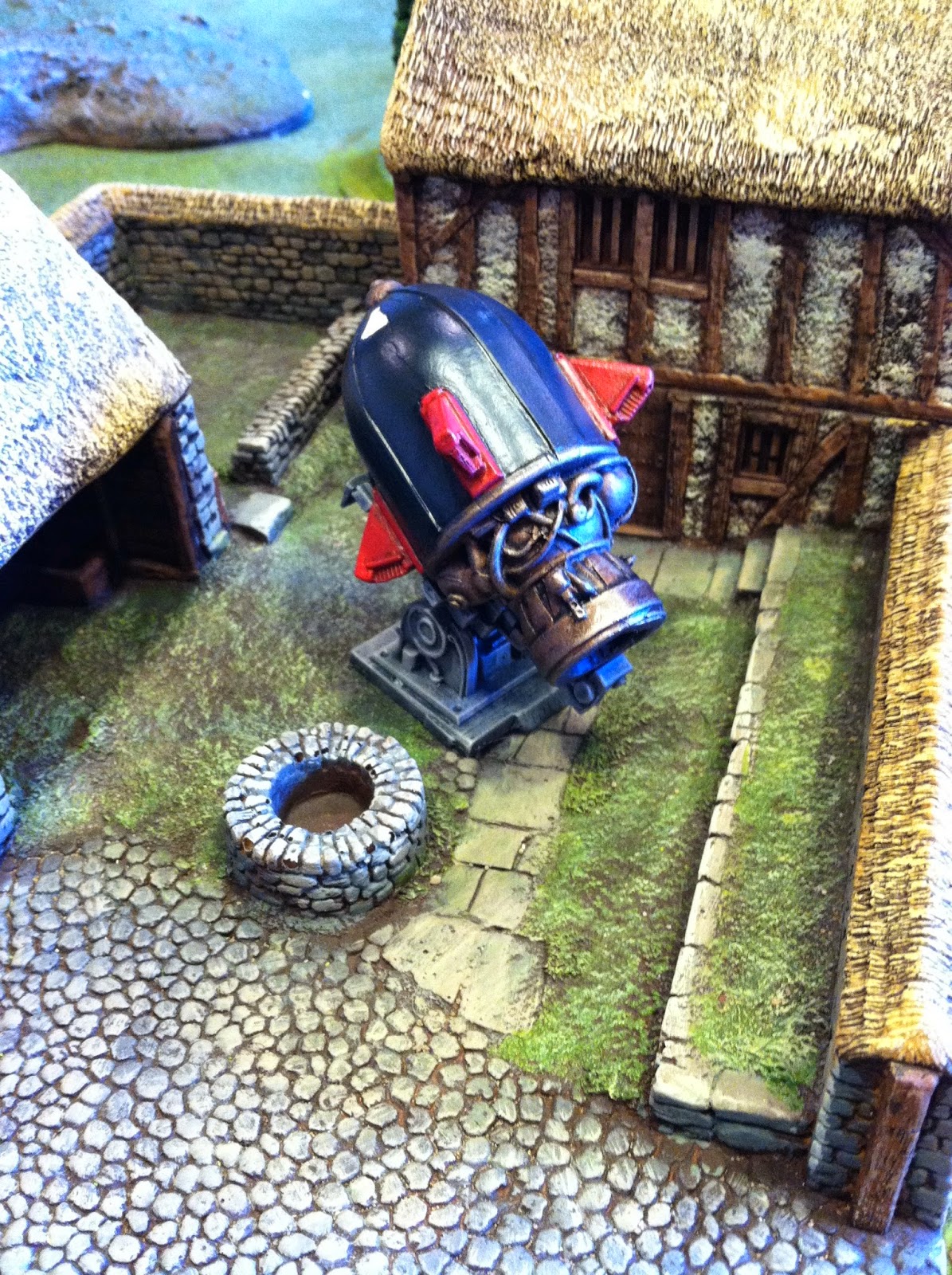 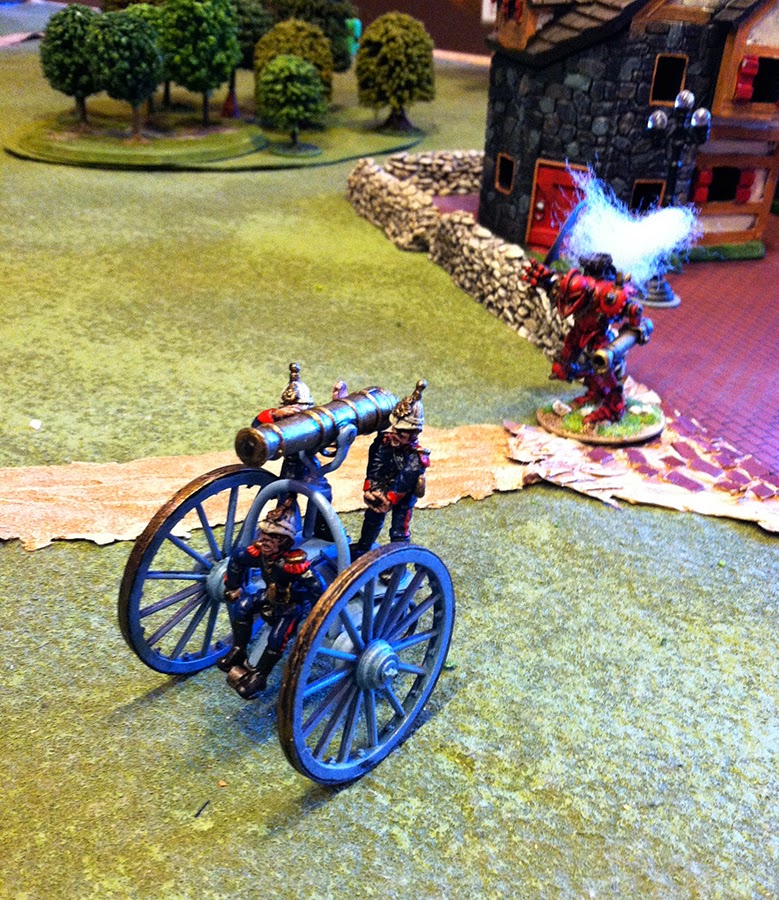 Tricycle artillery and a new Red Knight charge out 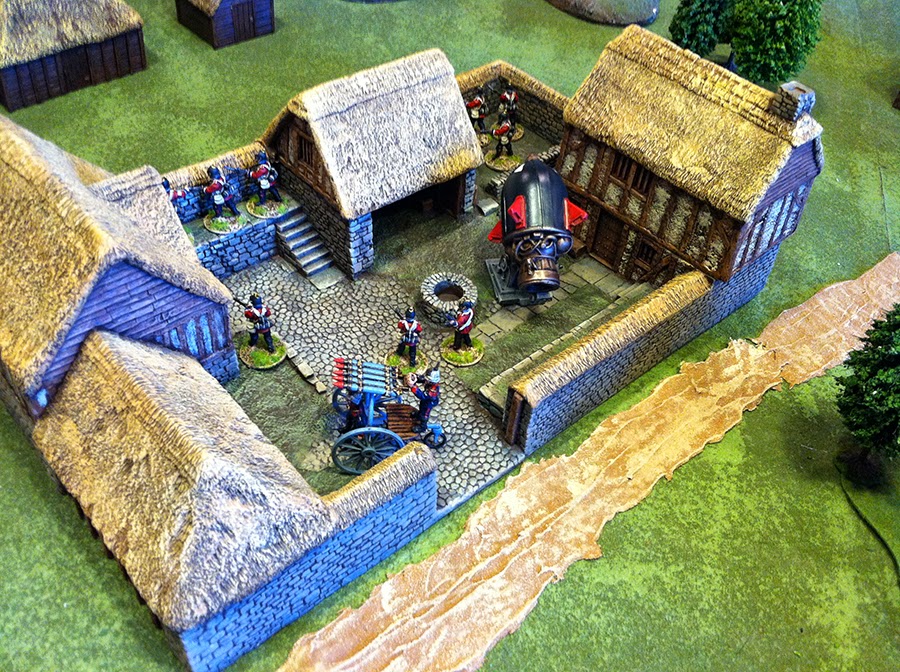 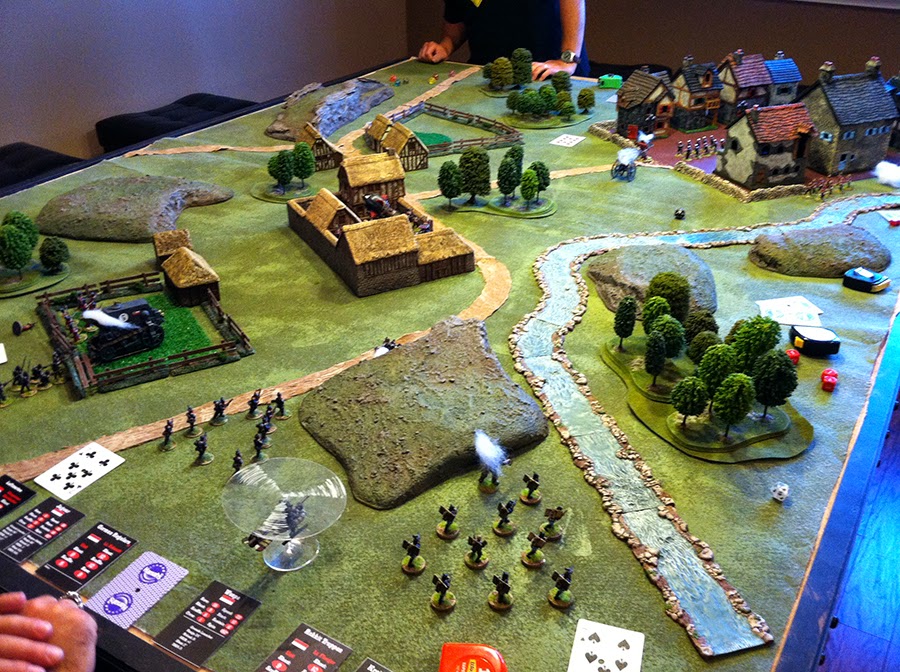 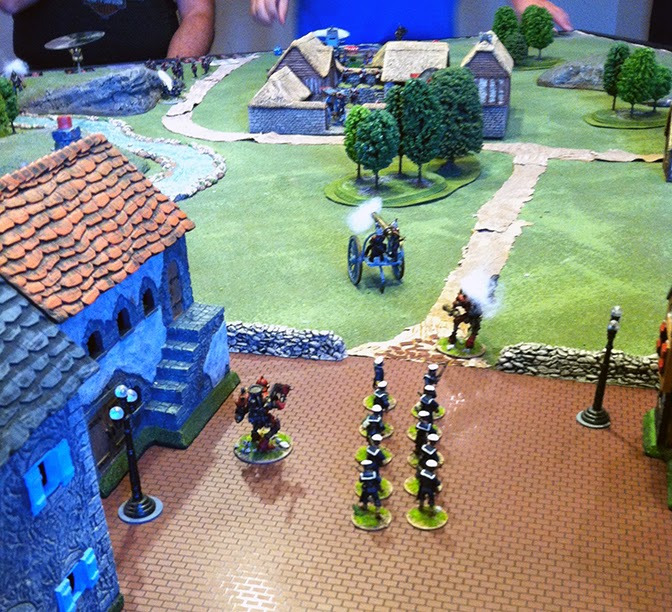 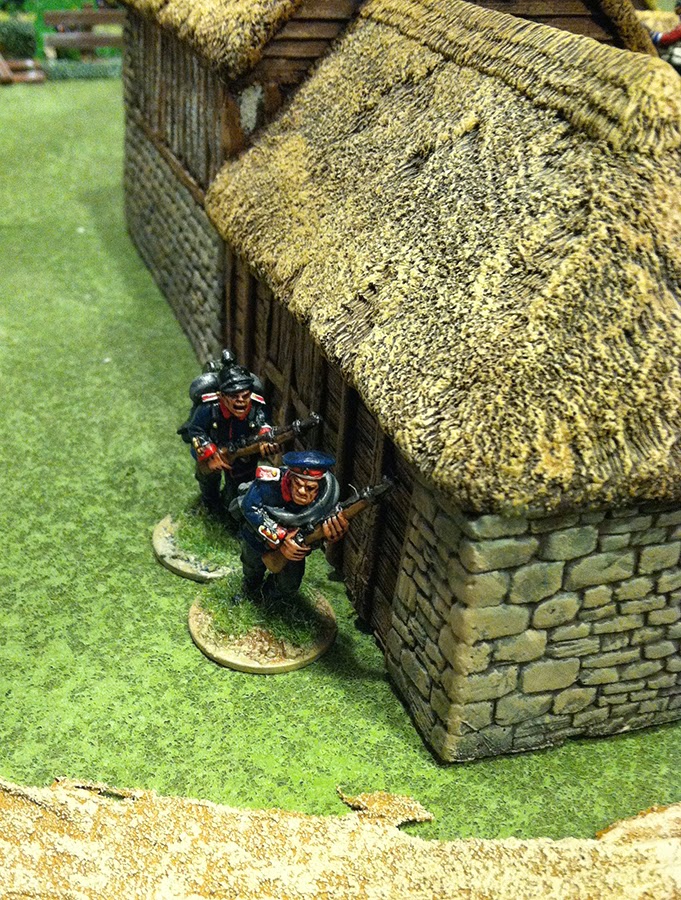 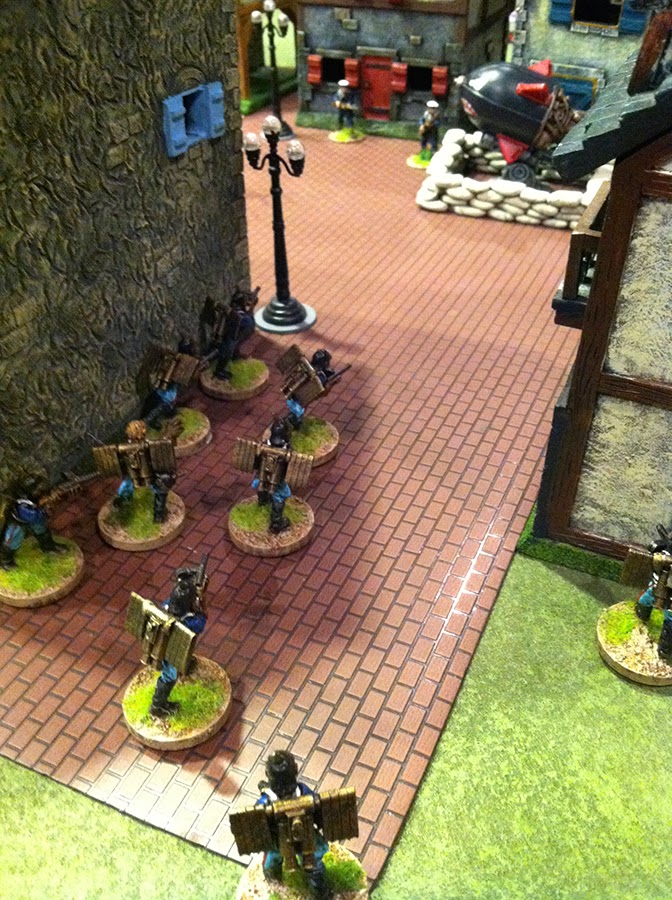 Rokkitruppen land and take out the Rocket. The stalwart defender held out as long as possible, but lost to the German onslaught. A great GASLIGHT game as usual with fun twists and turns. 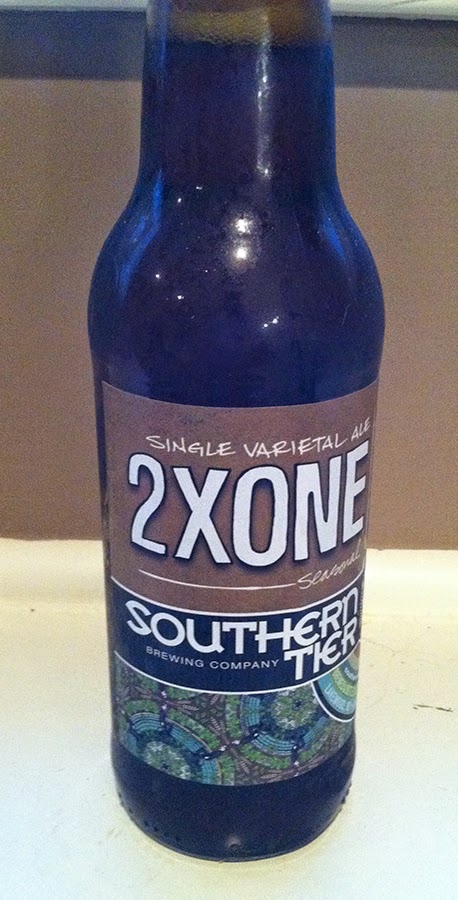 Are the Home Guard Prussian figures painted in red?

Does the local Home Guard include a certain Lance Corporal Jones? He knows what to do: don't panic, and go at them with the cold steel. They don't like it up them, you see.

Looks great, and lots of fun. The Anti-Airship rocket - what model is it?

Rockets are Armourcast makes them. Or used to.
Bill, home Guard are really British in the uniform they wore whhile not stationed abroad. They re Ironclad miniatures. I have the real Guardsmen in Bearskins too.