Two of the Basement Generals are amassing quite a few nicely painted WW2 armies. Time to get them bloody. German and American reinforced rifle platoons clash in a game of Bolt Action. 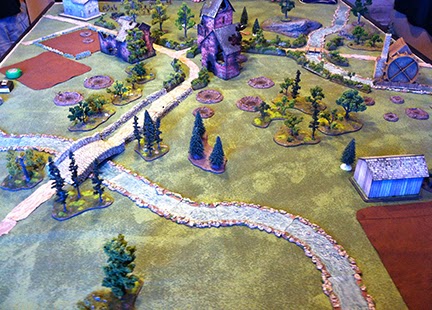 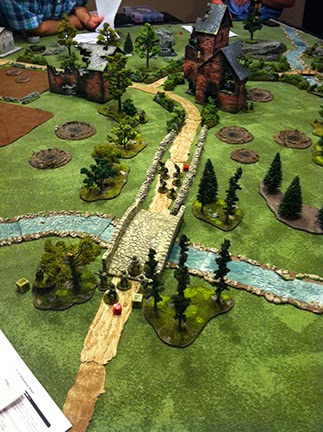 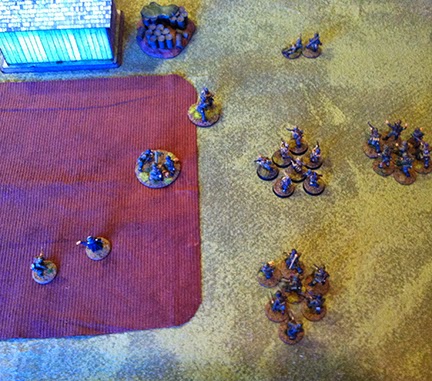 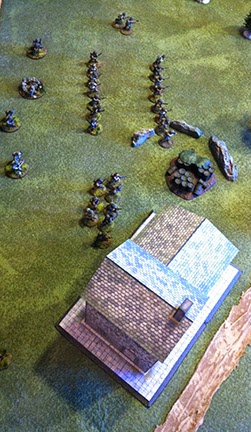 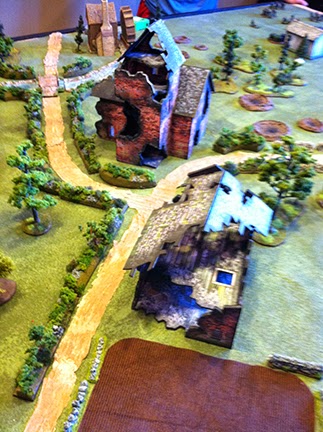 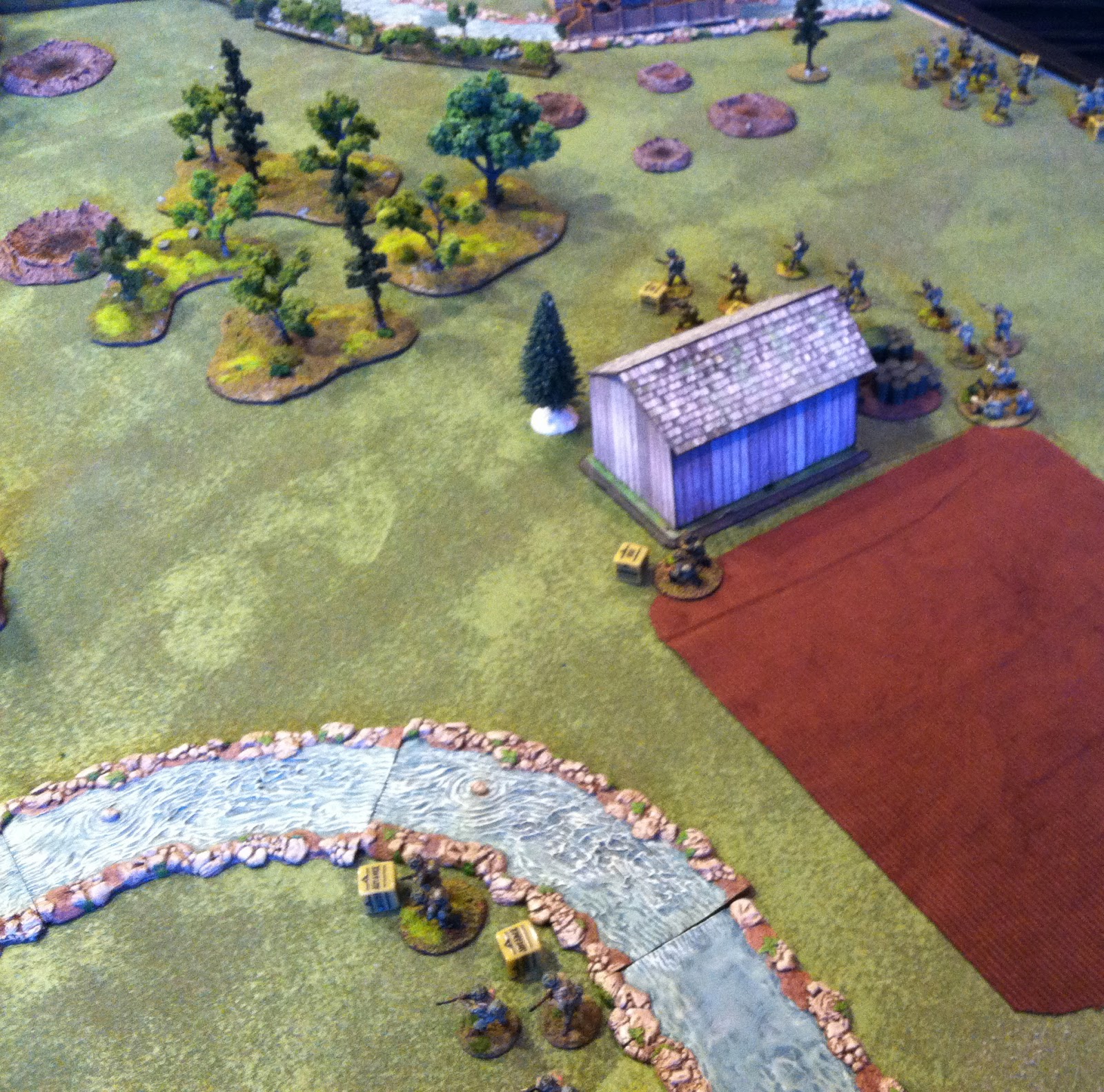 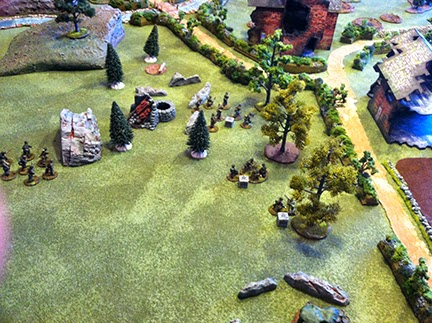 Great fun, but one again I was "whelmed" by the game. Not over or underwhelmed, just whelmed. I gives a quick fun result, but that was about it.
Vanilla.
I have a long and tortured past with WW2 games. There's a reason I've sold most of my collection. The closest I've come to enjoying a ruleset for the period is Victory Decision. The other players weren't too keen on it because it was pretty brutal. That's because they didn't use the right (realistic) tactics.
Will I play again? Yes. Somebody else's pretty toys and I actually get to play. Will I be running out to buy a bunch of WW2 miniatures to build a Bolt Action army? No.

Posted by BaronVonJ at 9:22 AM

The game was gorgeous and the effort to stage it was much appreciated. However there were two things that detracted from the experience. First taking out a concealed sniper team by a mortar was a bit much. Second, my assault on your position at the bridge highlighted the Who Moves Last wins technique. Not a fan of that. In most other rule sets, the defender has a shot as the attacker closes in. This rule set allowed you to become vulnerable because you had already moved.

If the sniper had fired or somehow given up his position, yes.

I read through the firing and hand to hand rules. We did some stuff wrong. (imagine that) I shouldn't have been able to charge the unit behind the hill because you can't charge a unit you can't see from your position.
Also, in retrospect, a sniper team should probably be unable to be seen until it fires, but the rules don't seem to cover it.
I am like Jaye. The game does play quickly, but doesn't do much for me as a game.

I'm hoping that with more experience and some minor modifications where we see fit (i.e. the sniper team cannot be spotted unless it has already fired during the current turn), we'll enjoy it more. I like the order die concept a lot. I think next time around we'll do something more rural with no structures and lay out more assets on the table to let opposing sides pick their own army.

I do like the order die concept. Its random, and you can easily keep track of who has moved. It seems to work well.

No different than pulling cards for me.