Chapter XI: The Frozen Flame - Pulp Adventures in the Arctic 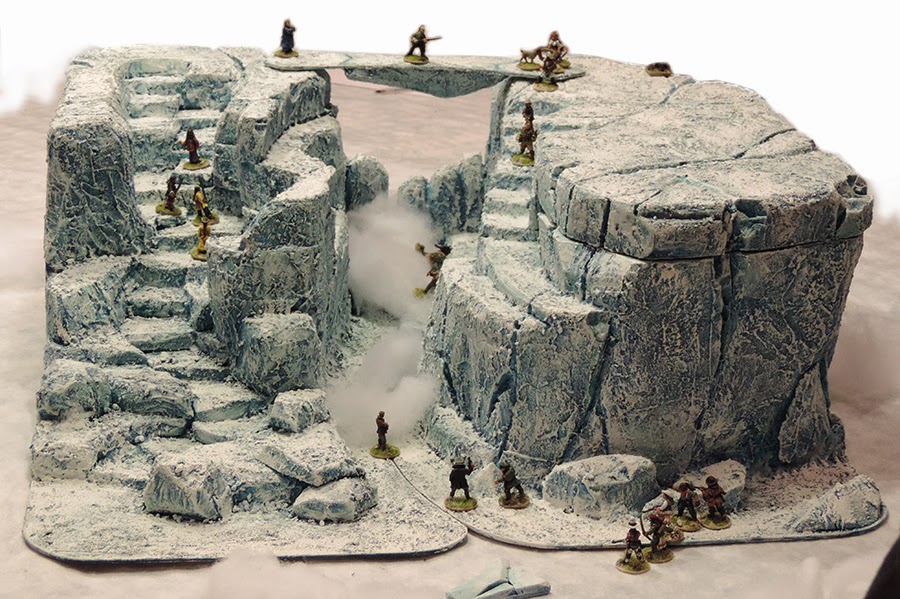 Well, I already had the terrain out, and it hasn't seen the light of day in years. This Thursday was Pulp Alley.
We had five teams all duking it out to find the mysterious Frozen Flame, simultaneously a power source and a portal to a new adventure. After rolling off for starting positions, the Leagues moved towards the Plot Points. At least one had to be conquered before the Main Plot Point, a cave, could be discovered. 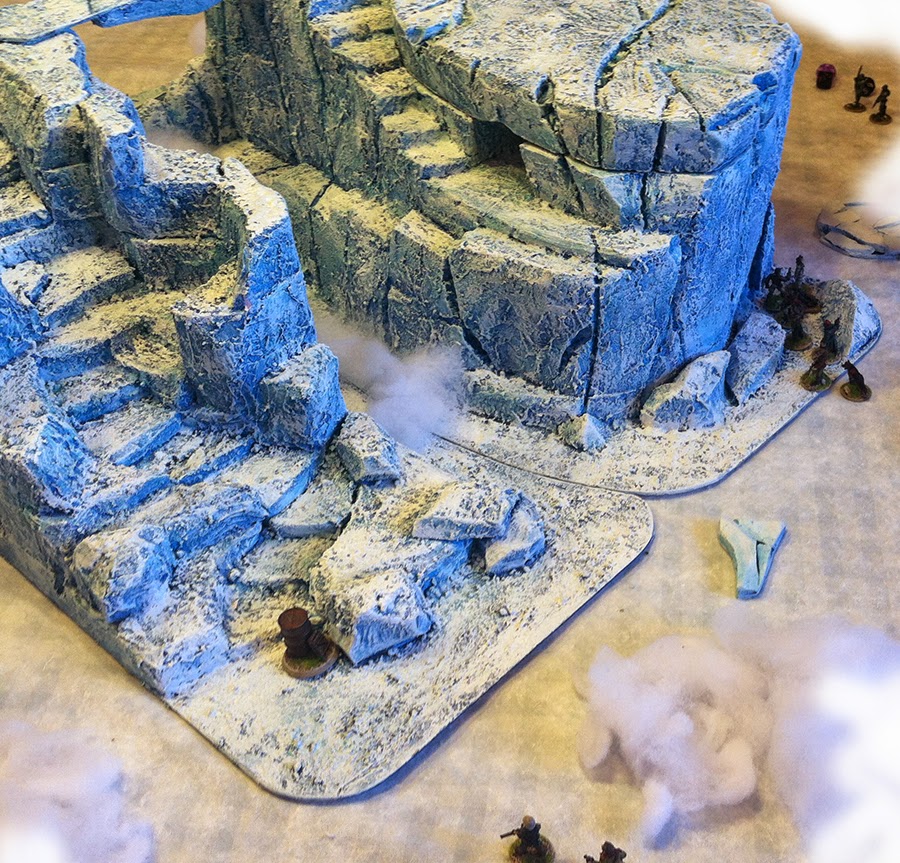 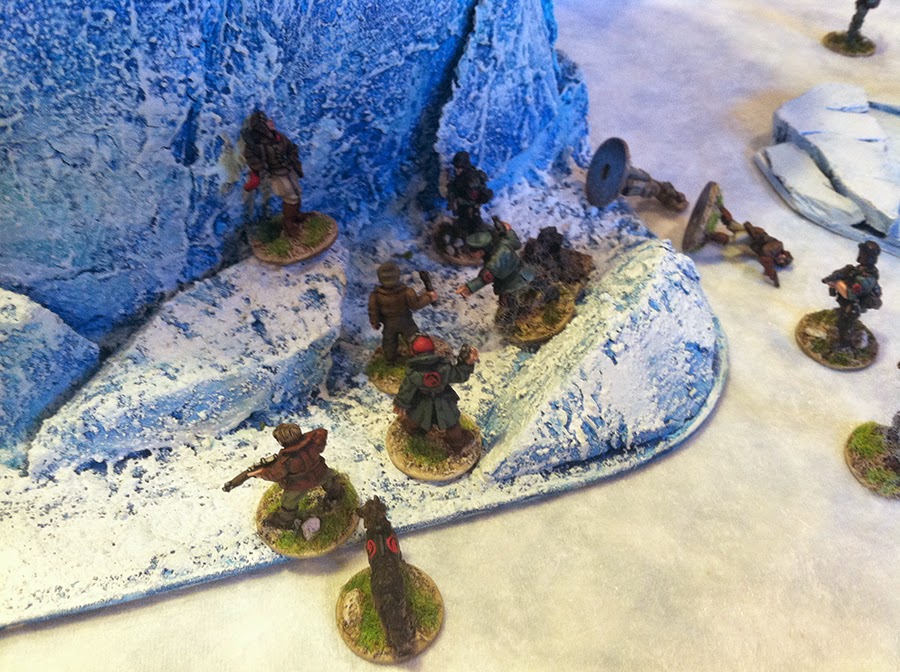 The Red Raptor takes on the Iron Legion. 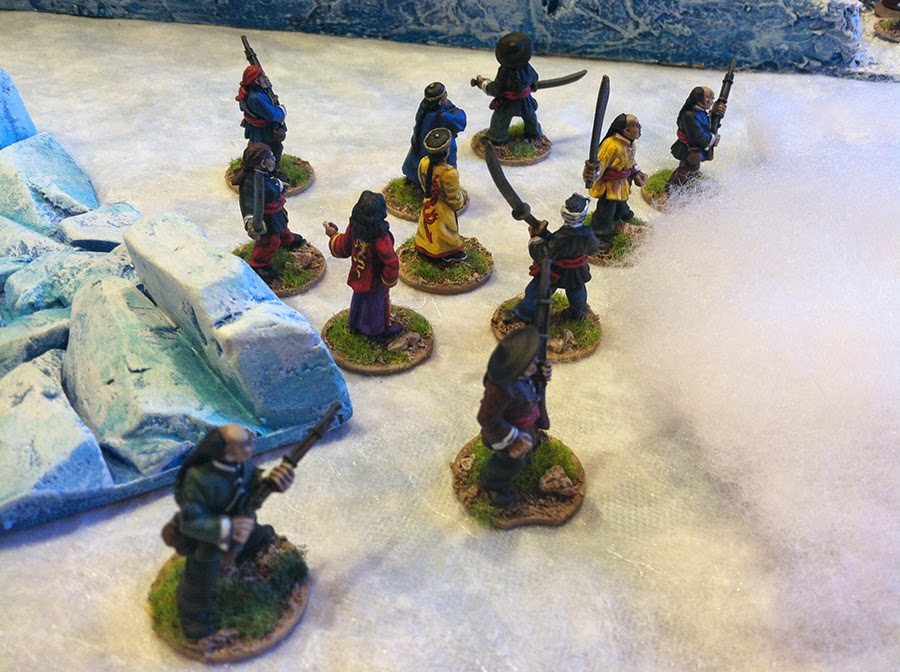 Wu Fang advances through the mist Lefty Holds off Wu while Virginia and Harcourt climb the hill
The fighting began immediately as the Iron Legion attacked both Pecos Pete's and the Red Raptor's Leagues. Boy, did he pay for that. Within 2 turns, Herr Baron had lost all his Iron Troopers. 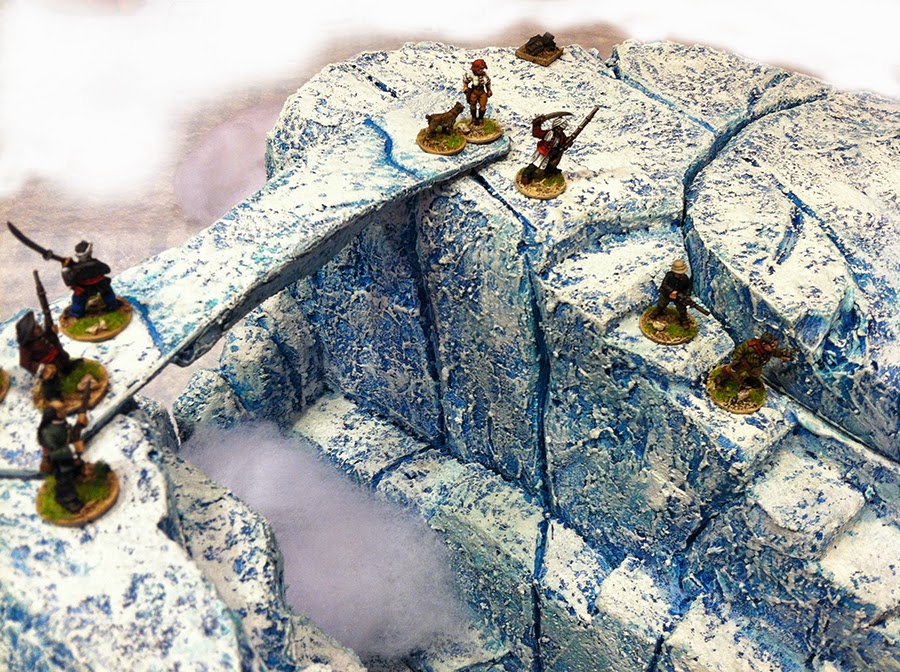 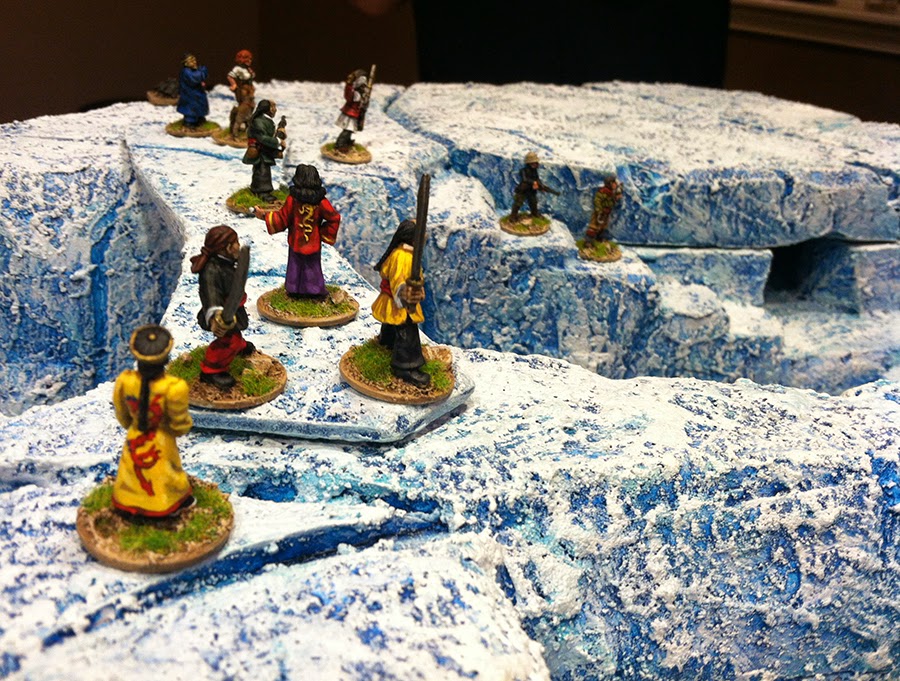 Meanwhile Wu Fang's Horde raced Virginia Dare and Danger, Inc. to the summit.
While the battle raged below, Virginia managed to make it to the cave and discover the Frozen Flame. 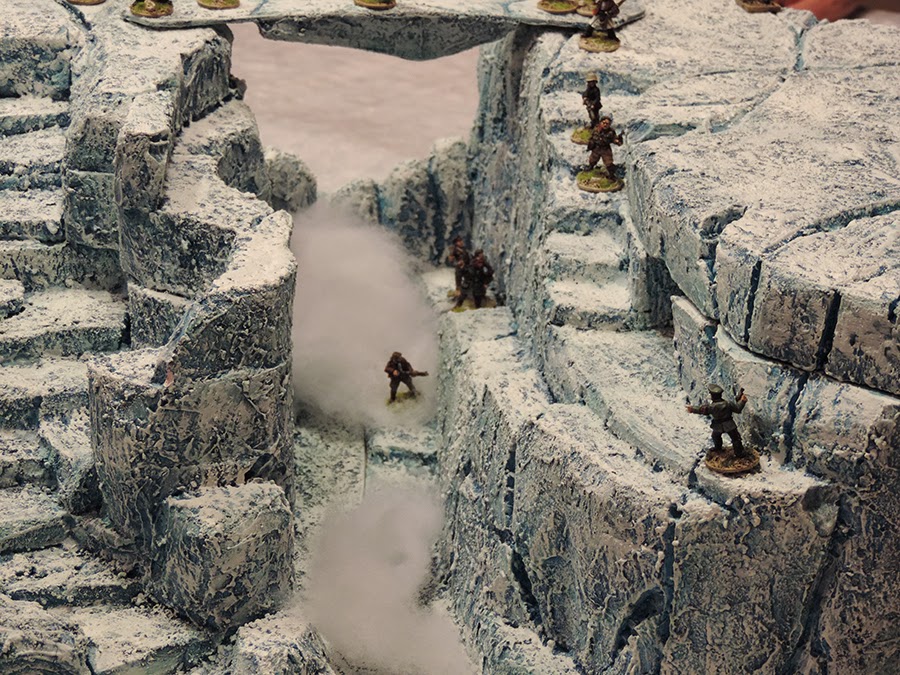 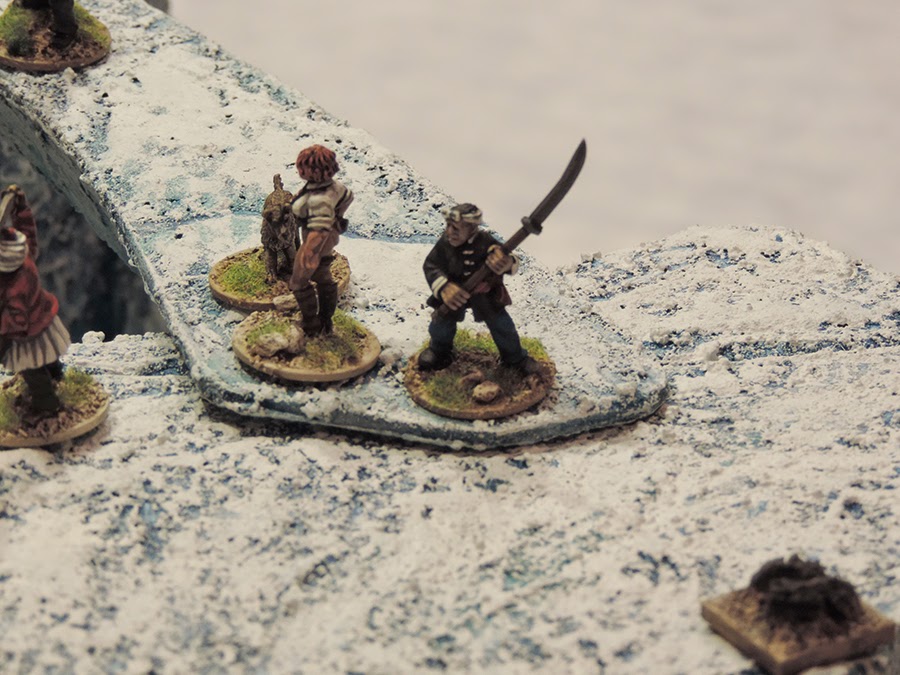 A cowardly henchman attacks Virginia from behind, but luckily a bark from Wellington alerts her to danger. 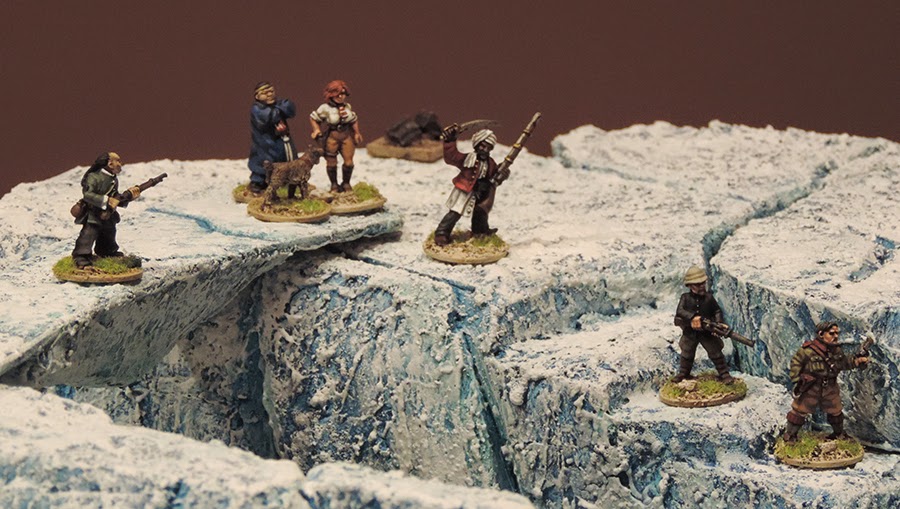 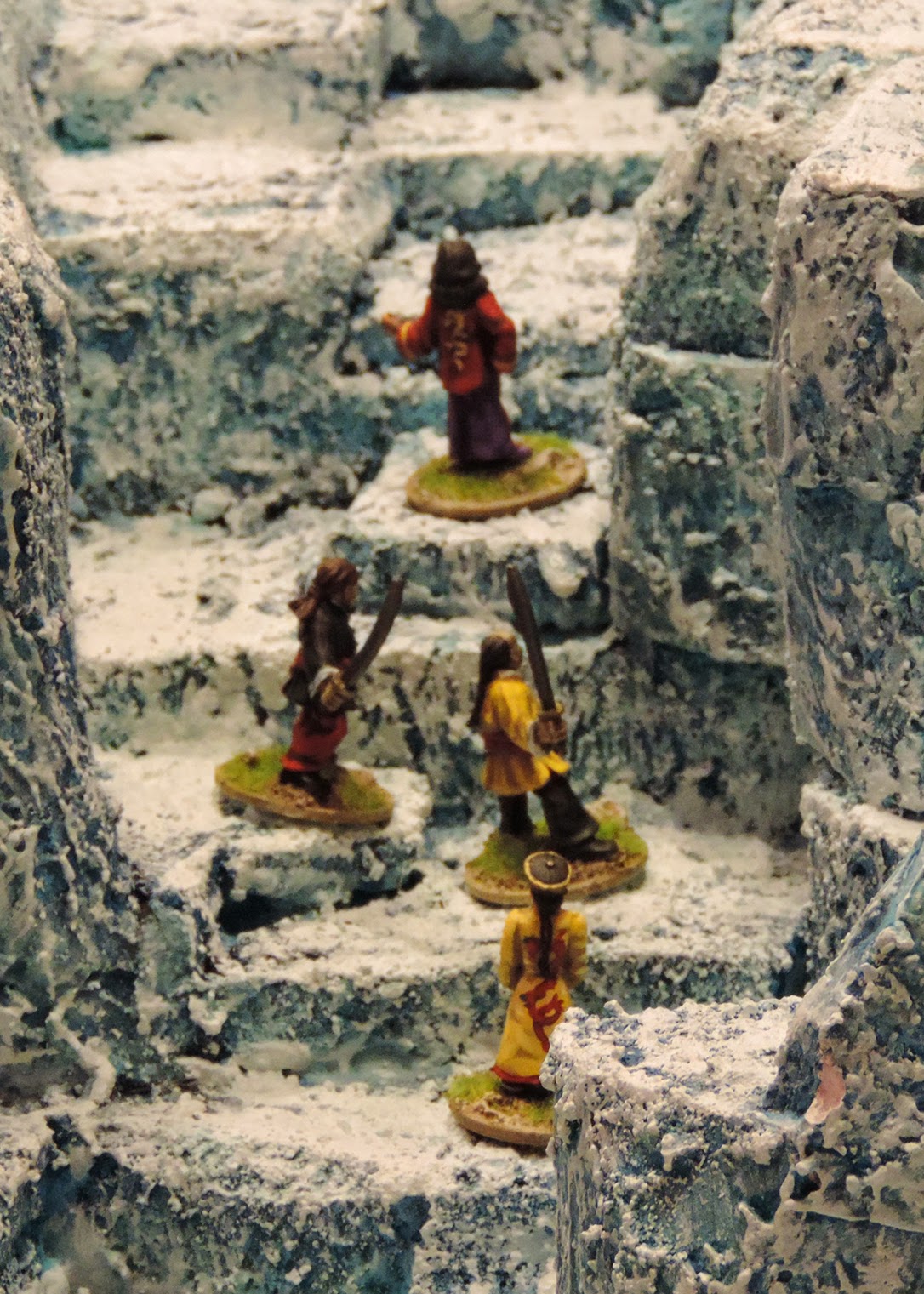 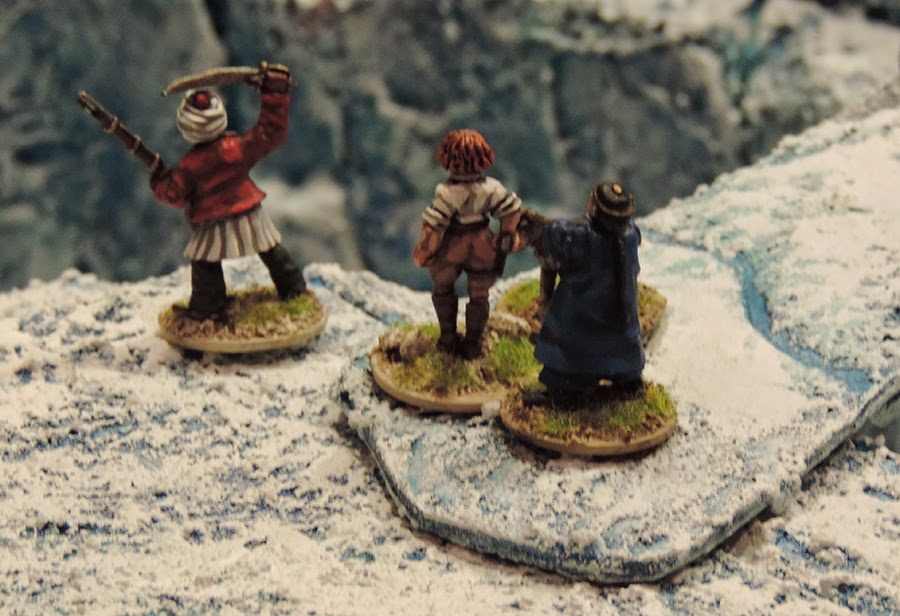 A great night of gaming. And to top it off,  I got my new copy of the Pulp Alley vehicle supplement. Huzzah!
Posted by BaronVonJ at 1:25 PM

What a beautiful terrain! Nice report...

very nice terrain - any tips/how-to on making it?