M&R: the Battle of Spickern-Speckern 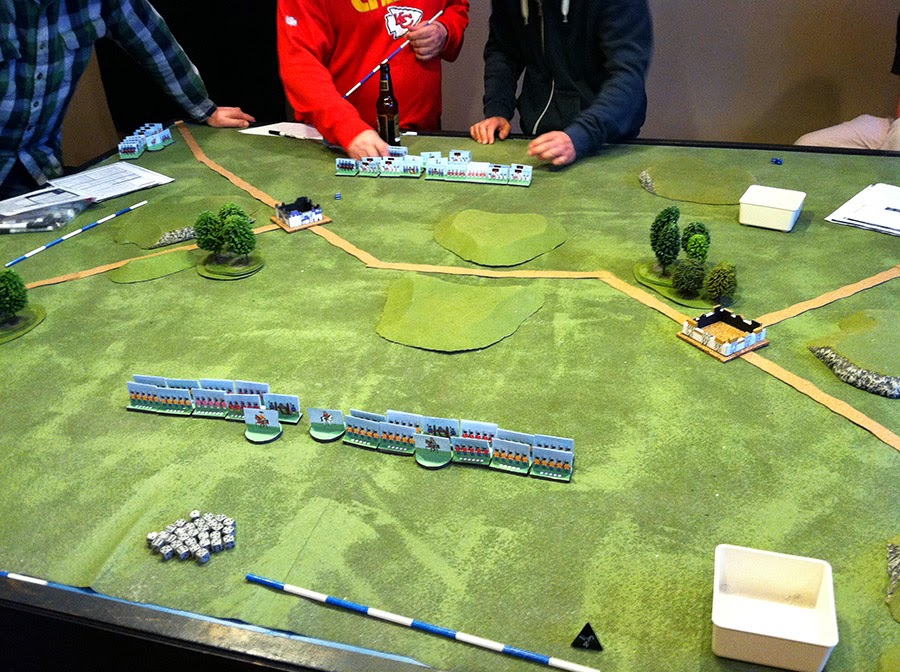 On the border between the Principality Borogravia and the Arch Duchy of Volborg sit the twin towns of Spickern and Speckern. Seperated by some rolling hills, both towns are almost identical. Indeed, many a traveler has ended up in one town while trying to reach the other.
When Spickern declared it's gates open to Borogravia, Speckern called for help from their patron Volborg, fearing an invasion.
And rightly so. While on the march to Spickern, Borogravian troops became lost in the rain and ended up mid morning staring at two twin towns. But which one was Spickern? Both town flags were similar. Simultaneously, Volborg's troops arrived with the same problem... 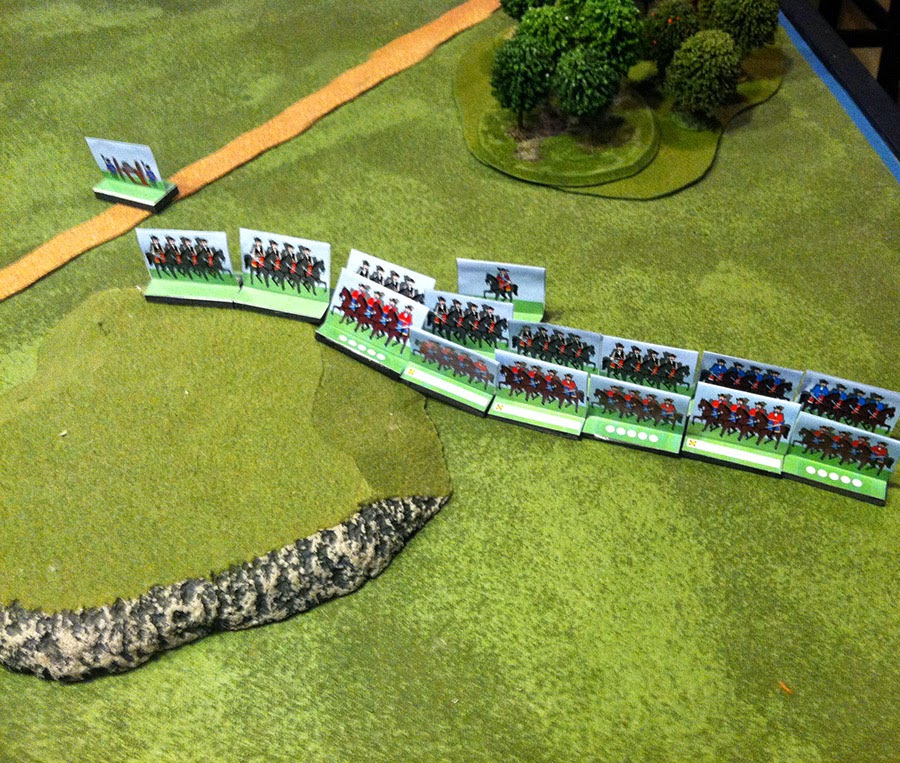 We used my favorite rules for large Lace War era battles, Might & Reason. They give a pretty accurate feel for the period with it's limitations in command and control and rigid formations, and manage to keep the tension up with the unique turn system.
Both sides started with equal forces but had leave half their troops off table until they arrived. Both sides elected to keep the cavalry off table because they would be faster getting into position if they arrived too late. 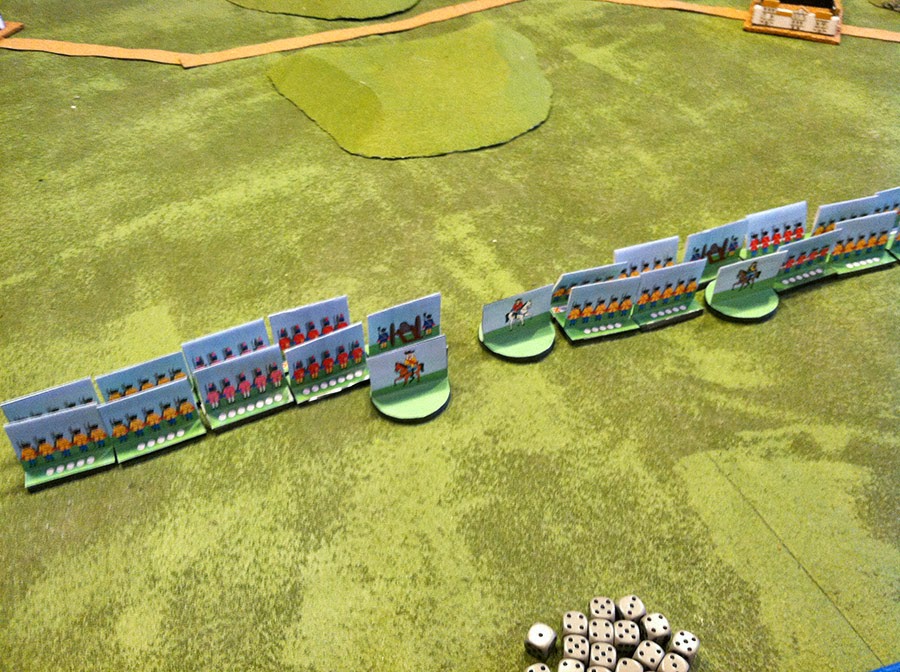 The Borogravian side was handicapped by poor leader rolls. Two of their generals had reduced command ranges, forcing them keep in tight formations and having their overall commander have to spend a lot of time "grabbing his officers by the lapels".
Both towns were occupied early. 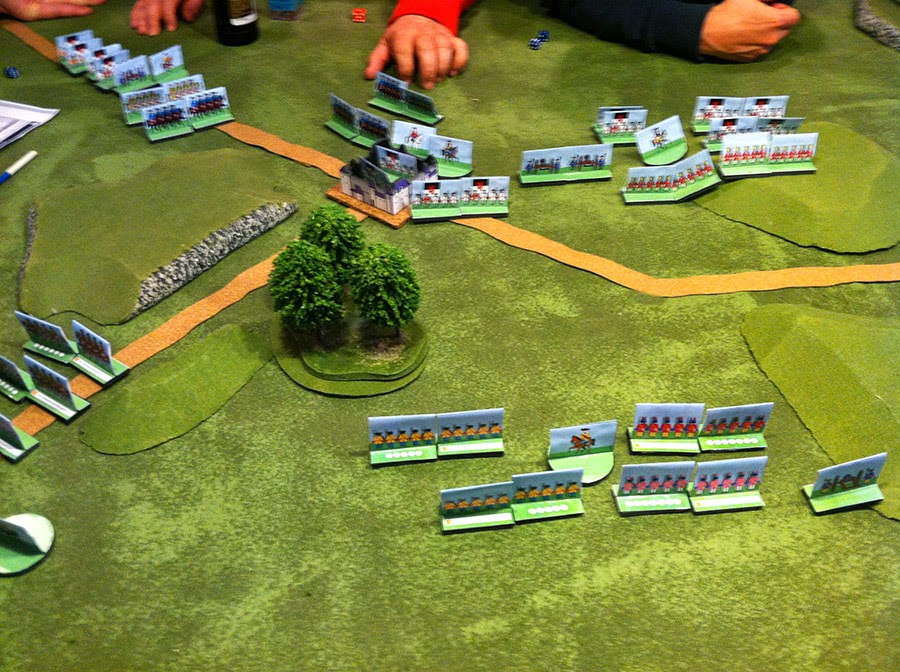 The Volborgian right was held by some late arriving cavalry. Outnumbered by heavy horse, they made a valiant effort, but were quickly overrun. Meanwhile, on the left, a stalemate formed.
The center held most of both sides cannon and infantry. Amidst clouds of gunpowder the two sides came to grips. Both sides traded casualties. Just as the fighting hit a peak, the sun went down.
Both sides had taken equal loses. But, in the end Borogravia had captured Spickern. They were later forced to withdraw.
We made do with paper armies this time. A good time. And I needed it.
Posted by BaronVonJ at 8:58 AM

Those paper stands to the business, don't they? A relatively expensive (in terms of money, time and space)approach to Horse and Musket war gaming.