Last time we played Alpha Strike, the quick play mini rules for Battletech, it was December. I vowed to add more mechs. Most of my stuff is repainted MechWarrior clix. I'm not a fan of the newer Battletech mechs. There's just dumb. I prefer the ripoff Robotech ones of my youth.
So, I ordered some CAV models from Reaper. They fit my aesthetic of what Mechs should look like. 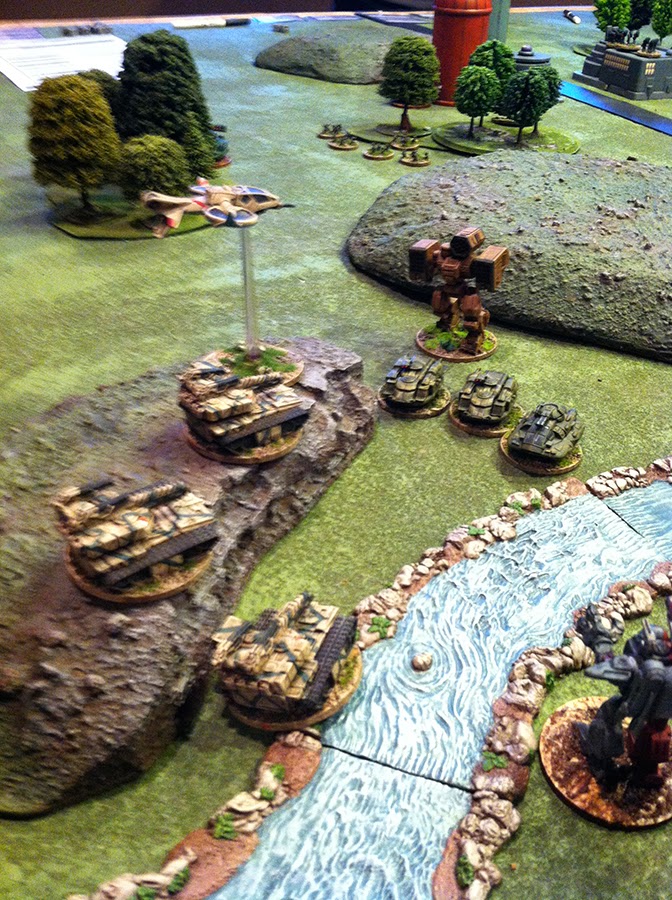 They're a bit smaller than the clix, but they'll do double duty as 15mm battlesuits. 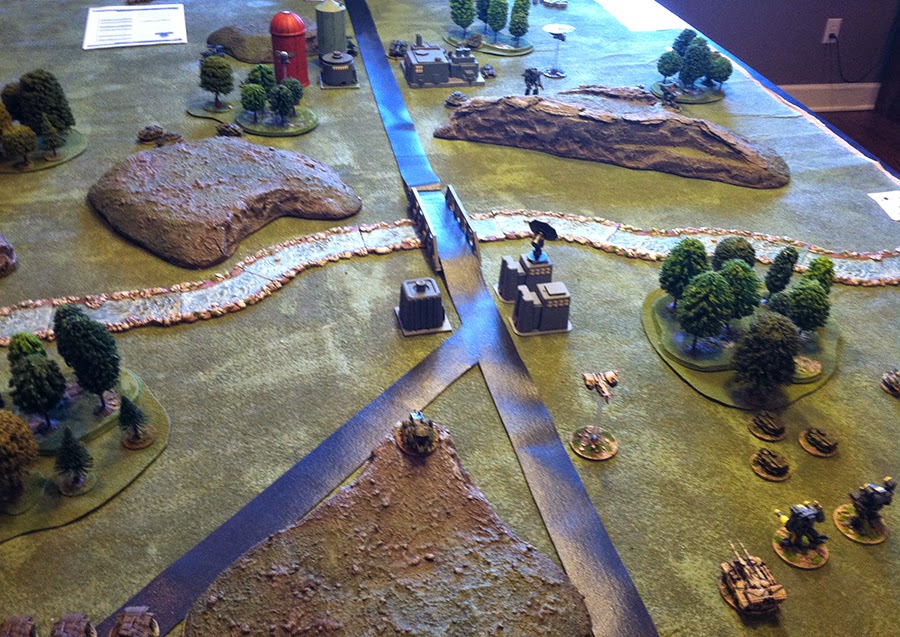 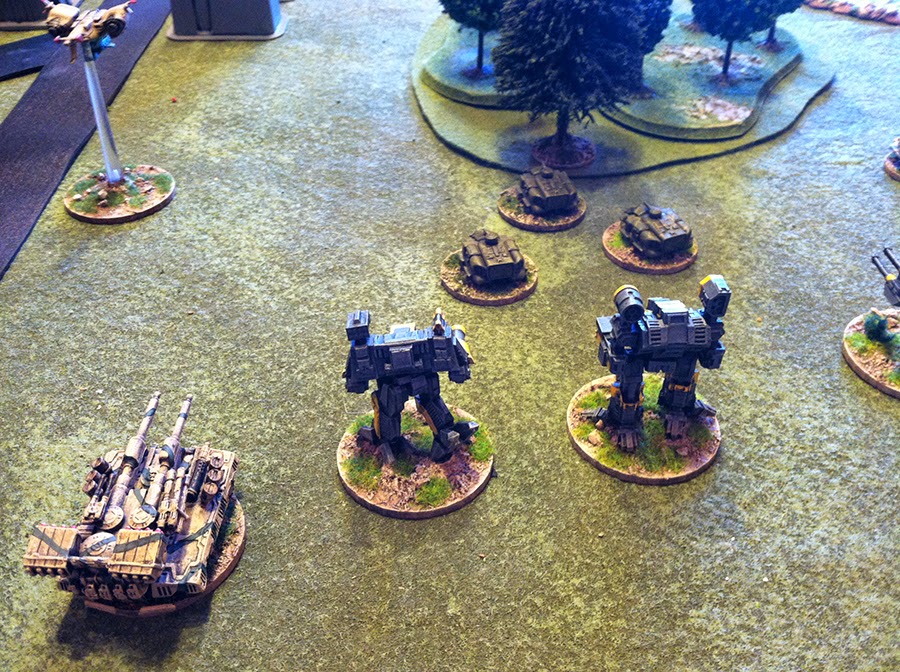 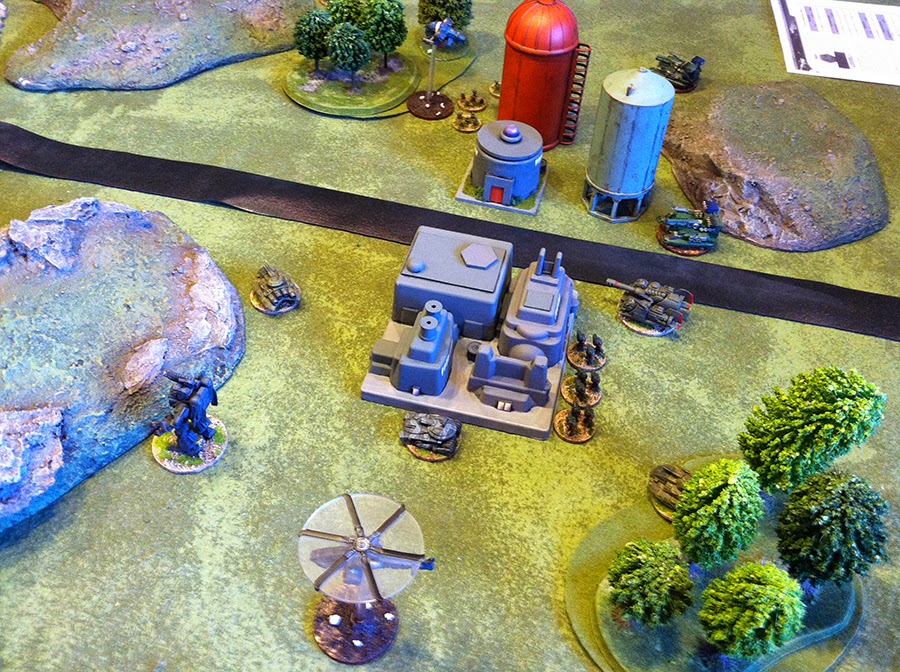 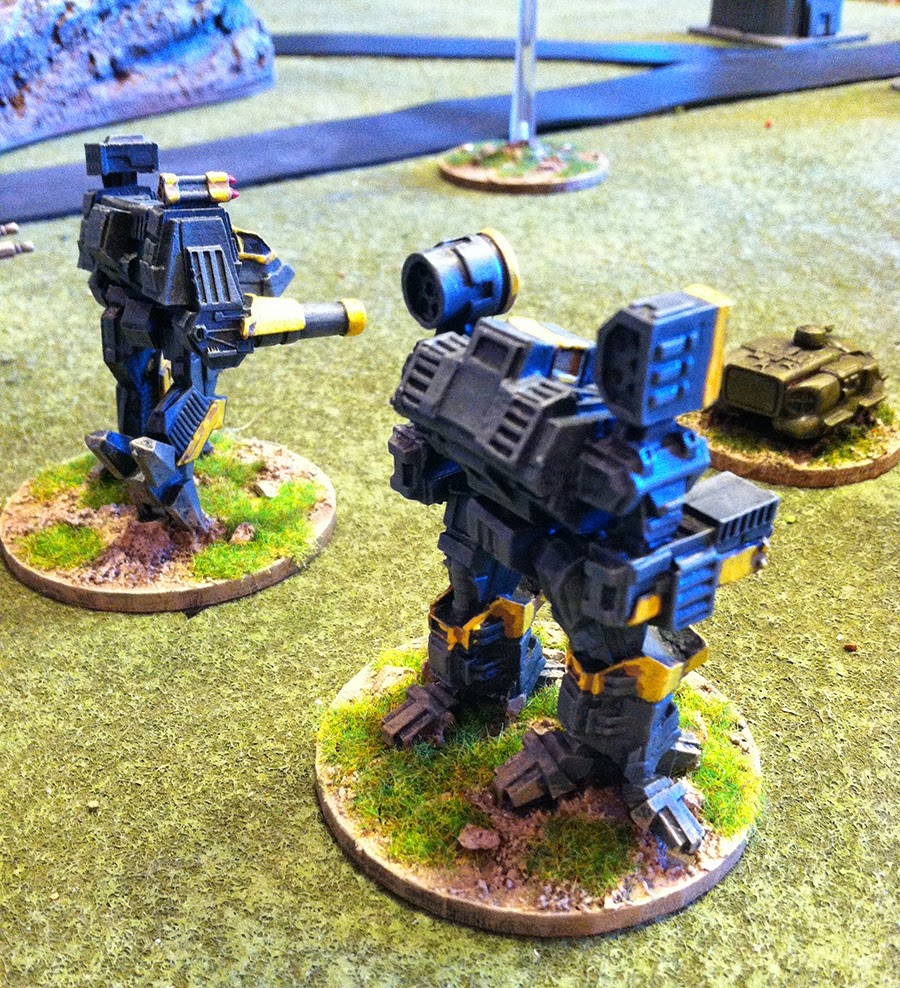 The game it self played pretty flawless again. Tons of models on the table and over in 2 hours. It actually gave me some ideas for a game of my own.
I got all the stats from the Alpha Strike website. That was my only problem. Some of the bigger mechs seemed underpowered while others were too powerful. One of the toughest pieces on the table was APC. It took all kinds of damage while having a speedy 20" move. Some tinkering is in order.
Posted by BaronVonJ at 9:55 AM

it was very fun and great to see the BG's again.