Nice little 5 player Dragon Rampant game. The unwashed masses of the Northern territories had to hold the line against a Goblinoid/Chaos horde. They did, and then some. The chaos thugs and their greenskin allies were sent packing. 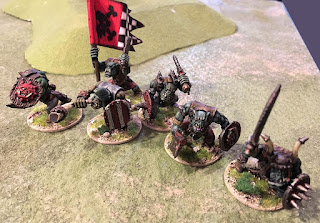 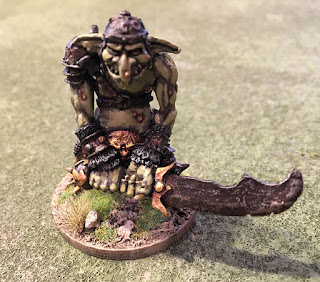 Lug. He took out a unit of cavalry single handed, but was killed when he stopped to feast on said horse flesh. 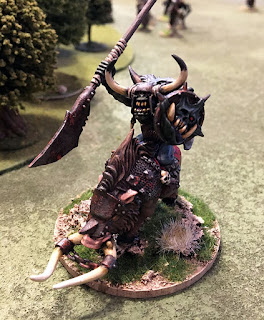 Garn Gorespear. Terror made flesh. Only managed to run off some archers before falling to some heavy infantry. 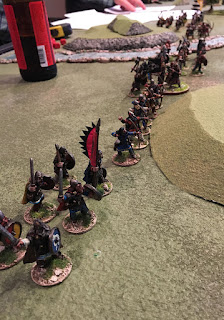 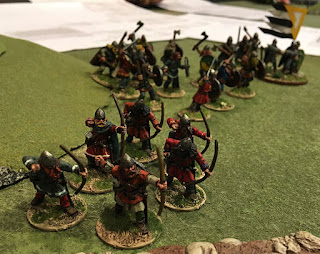 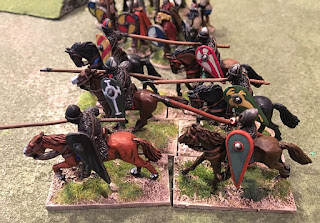 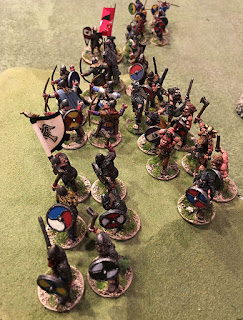 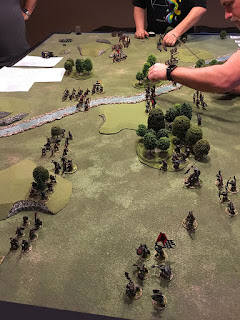 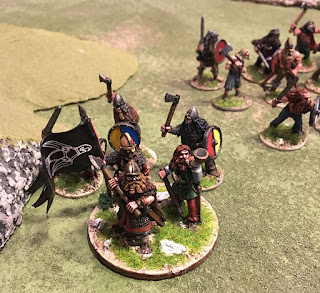 Inner Redhand. Champion of the battle. 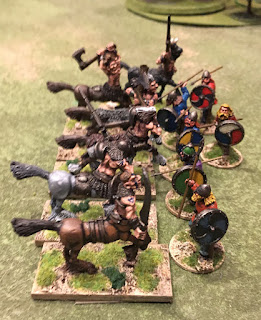 Last charge of the centaurs. They routed these guys, but were, like so many others, wiped out soon after in a counter attack.

Great game. Thanks to the folks who braved the weather, and shunned the home opener.
Posted by BaronVonJ at 8:48 AM