Last night's battle saw some American Mercenados protecting a village from the "Revolutionaries". What the Yanks didn't know was the gold they were being paid was stolen from said Revolutionaries, and El Jeffe wants it back!
The Tenacious Ten led by Col. Pyke. 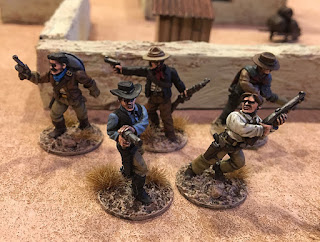 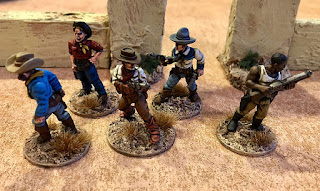 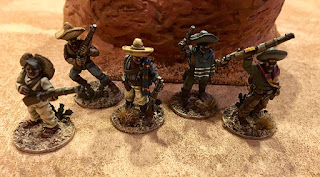 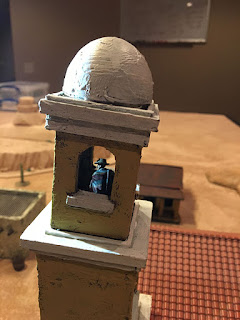 Casey, with Junior (the Lewis gun) in the church tower. 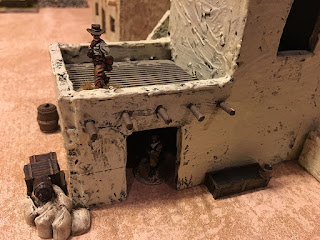 The Mercenaries lay in wait. They were at a slight disadvantage in numbers and range. Most were pistol armed. 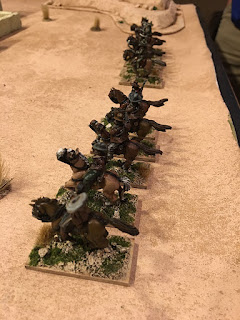 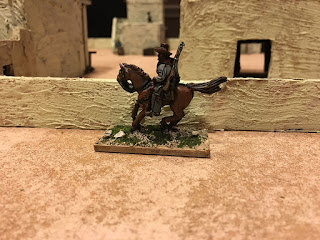 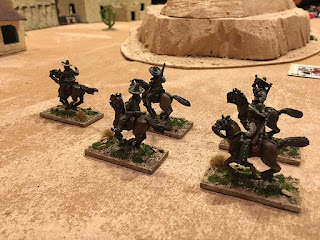 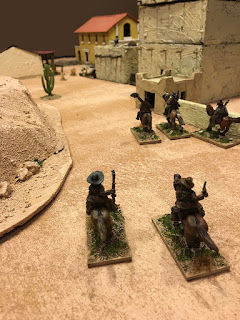 One Mexican made a hell of a long range shot, on horseback into cover. One shot. One kill. 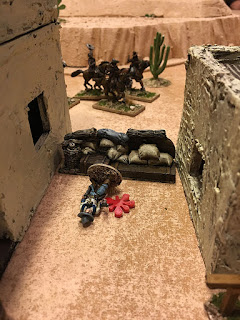 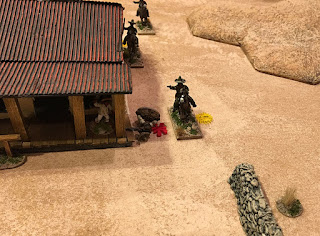 Lucky for the Americans, every time they killed an enemy, it emboldened the locals to join they fray. 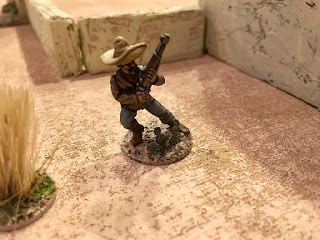 By the end, the Mercenaries were out shot and out maneuvered. The Lewis gun played some havoc, and the peasants proved some distraction to the attackers, but in the end The Boss got his gold.
Good fun to dust off the old rules and an excuse to crack open some tequila (like I needed a reason). 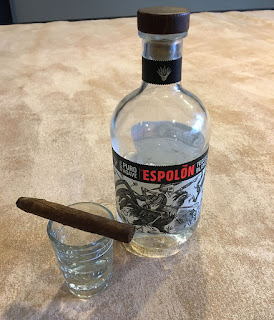 Posted by BaronVonJ at 8:51 AM

Great game table and figures!!! I think, this time, they were not THOSE magnificent ones...