Campaign for the Kingdom: Not the Last Battle 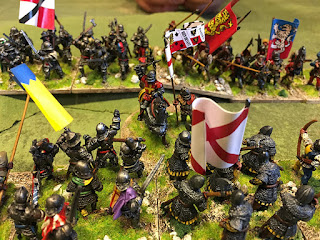 Lionel, Baron of Stonekeep and heir apparent to the throne, had but one battle left. All he had to do was sweep aside Horace, hated Duke of Dunharrow, from the field, and the crown was his.
This should have been the last game in our ongoing Campaign for the Kingdom. Playing Lionel, I had one more victory to gain the 10 points I needed to win. Alas, the dice and cards were said it was not to be, 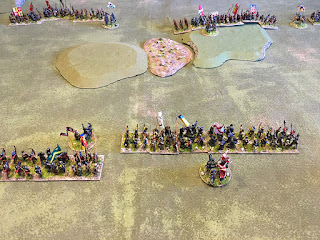 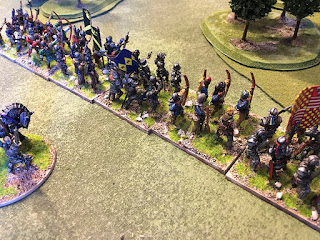 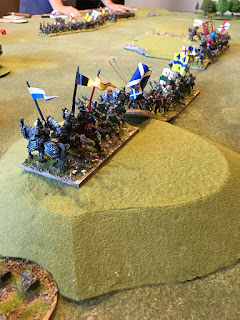 That's not to say it wasn't close. Both armies were within 1 unit of breaking. It just happen to be our side that did it first.
So, Lionel lost his head, to be replaced by a similarly named cousin twice removed, and the war would go on. 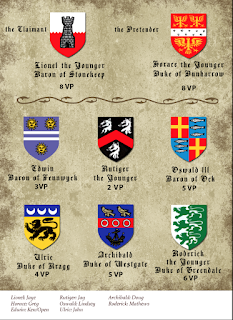 Posted by BaronVonJ at 7:13 AM