Continuing what I guess has turned out to be "Mustafa Month" we had a play of an old favorite, my choice for large Nappy battles "Fast Play Grande Armee" or FPGA.
I'm going to post some pics, but let Scott, who ran the game and provided the minis, tell it over at his blog.
The scenario took place the day after a battle. Both sides had been mauled and had fallen back during the night. They all started damaged in some way, and the Austrians were split up trying to cover to towns. They job was to consolidate and not be split up by the French.
It did not go well. The French lost a mere two stands to the Austrian's 14. 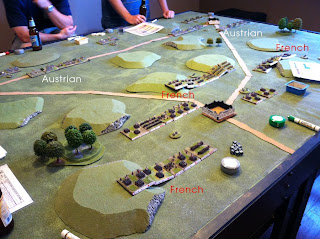 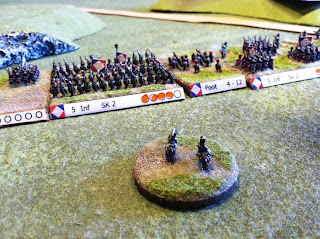 Red dots show casualties from the night before 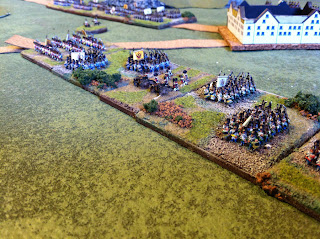 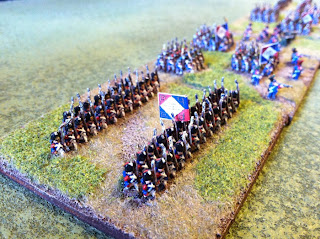 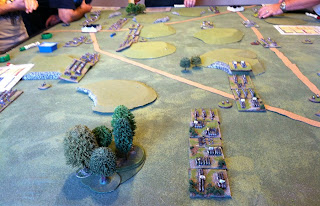 French move their heavy cav to the center 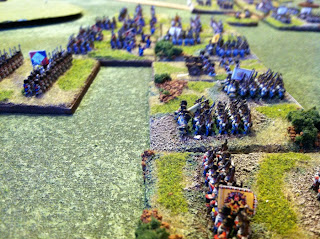 The fight for the center 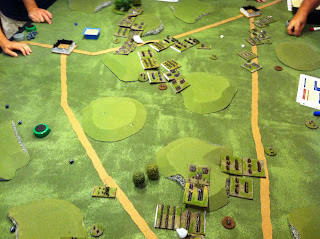 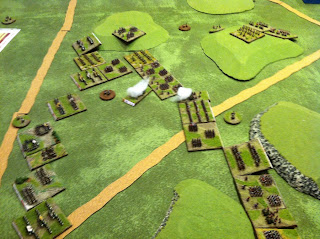 Posted by BaronVonJ at 7:49 AM