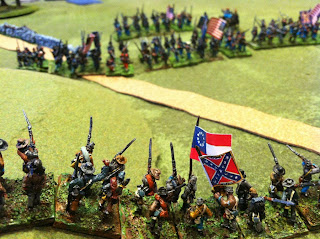 Since one of our biggest Civil War fans missed the last game of Longstreet, we decided to give it another game. Last round was very enjoyable, even with the Lite version. This time I added some more terrain and 3 objectives. Both sides held a town, but a hill in the center dominated the battlefield for the final objective. 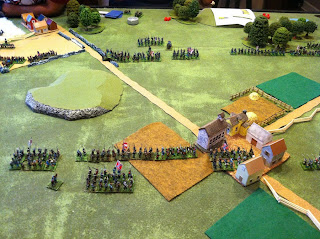 Most of the players now had experience with LS. Play was a little more calculated. Decks of cards were burned quicker. I won't get into the full battle, but it was close for both sides. I thought I was kickin' ass in the center until I stopped to count the losses.
Once again, several of the boys commented they really liked the game. It may be awhile before we can try this with 28mm minis, but we have a little time before the full version of Longstreet hits the streets.
And the game's always better with a few brews. I highly recommend the Van Winkle and the Milk Stout. 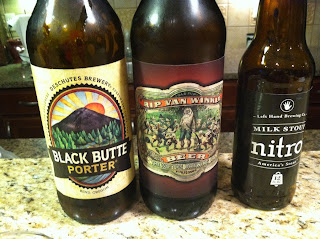 Posted by BaronVonJ at 6:46 AM