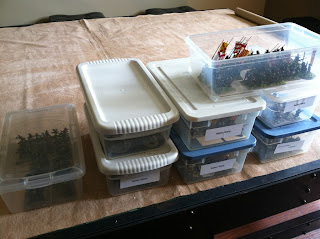 We all have those unfinished projects lurking in the shadows. For me one started long ago. I started painting Landsknects for an Italian Wars project 15 years ago, before a mortgage, before kids. I saw them in a Foundry flier. I couldn't afford Foundry at the time (still can't) so I put in an order with Old Glory. Tons of variety. I painted a ton, but never found a rules set I liked, and I bought them all.
Years went by. I picked up new packs appropriate for period from all kinds of manufacturers. I once even got really big freelance check and bought a lot of Foundry Gendarmes. The molds must be blown out, because the horses looked half melted. I complained and got new ones. Also melty.
I based. I rebased. Then, one day I played Black Powder. Not necessarily a perfect game, but perfect for me and my group. Hail Caesar followed and light started forming at the end of a 15 year tunnel. Then, finally Pike and Shotte arrived.
I plotted for months on how I would base the troops. I wrenched figures from stands, remounted, and then,...they sat. They were based. About 200 stands, but the worst part still waited, the basing material, the flock, the little extras.
The week of my summer vacation awaited. Sun, swimming, roller coasters, BBQs. Then the Boy broke his collar bone playing soccer. My vacation became a Staycation. Here was my chance. 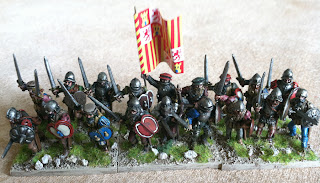 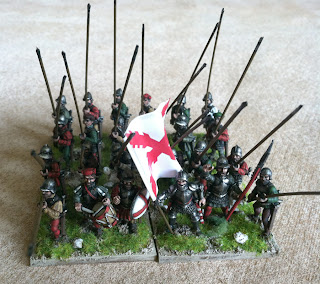 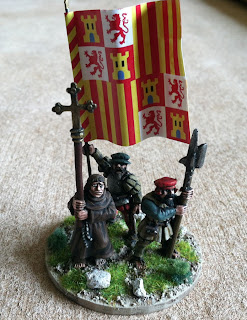 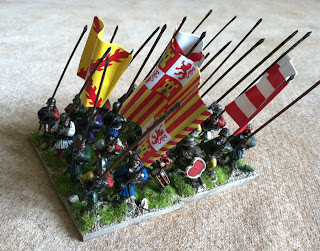 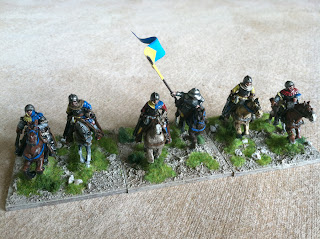 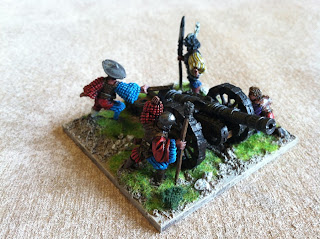 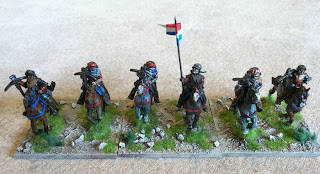 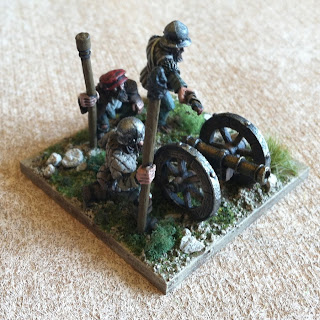 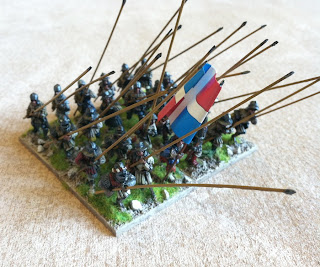 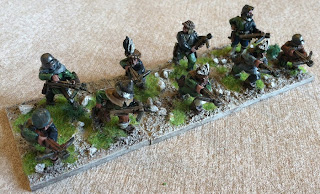 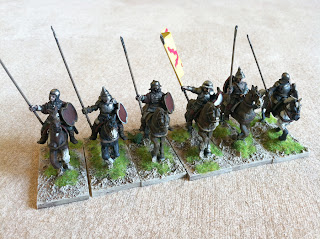 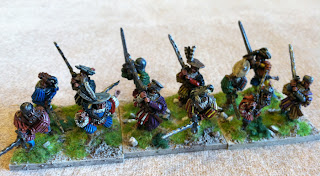 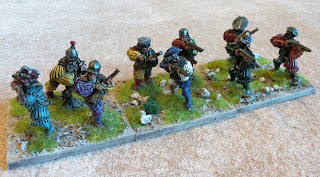 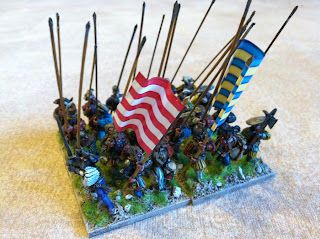 And a bunch of Swiss I don't have room for. I still have some troops to buy/finish. More horse, more commanders and lots more crossbows need to take the filed, but I have enough to play with at least.
Posted by BaronVonJ at 12:01 PM

All your base are belong to coolness!
A tough yet rewarding job, Baron. They look great

Its great to get a ruleset you like, and thus can base troops accrdingly, though I believe on of the appeals of the HC/PB/P&S stable of rules was their ease on strictness of basing requirements...
Still, I have a bunch of Ancient Germans, Medieval, and ECW that will need a visit to the rebasing bench at somepoint, as they based as singes for WAB on movement trays... the only thing putting me off is once you go this route, you cant use them for skirmish gaming afterwards...

BTW commiserations to the Boy, I busted my collar bone several years back, so know what he's going through...

we after all that time you have a stunning looking army, sorry for your lad I busted mine twice now have one sholder 2" shorter than the other.
Peace James

Great looking figures as usual J. Can't wait to see them on the table. See ya Thursday.