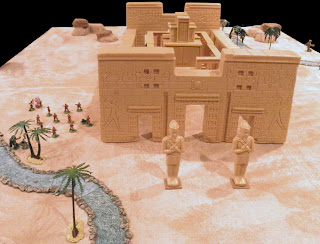 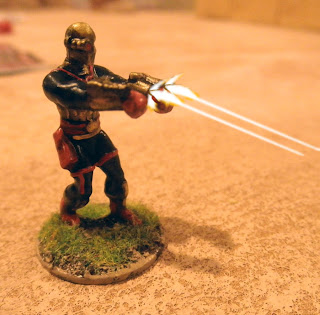 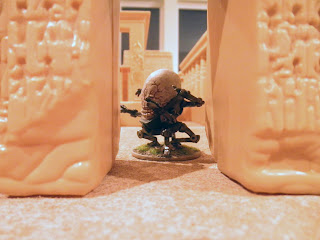 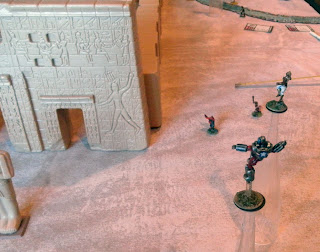 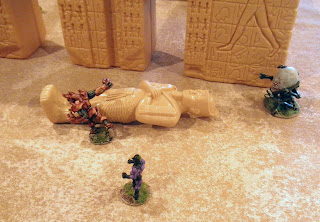 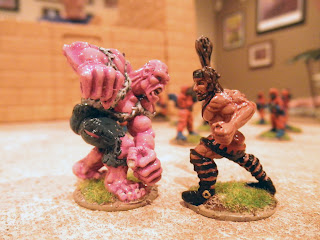 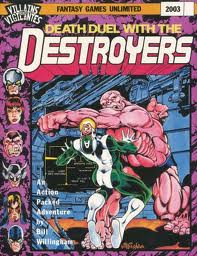 Behemoth is an homage to one of my favorites from Villains and Vigilantes. I hope to some day recreate all my heroes and villains from this 80s RPG into SS2.
Posted by BaronVonJ at 8:40 AM

That Egyptian setting is really good! It makes a very unusual skirmish encounter with your minis, particularly like the guy with the ray guns.

I think this encounter defines the concept of Steampunk. Way cool.