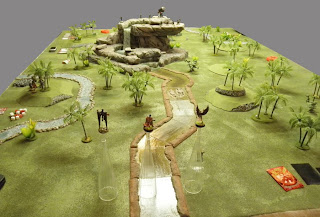 Saturday night was the Basement General's theme game, which follows our unofficial motto "First the Zombies, then the robots, then the tanks."
It was a Golden Age Super Hero battle amidst the jungles of a hidden Nazi island base, off the coast of South America. The victory conditions revolved around stopping the baddies from a) launching their experimental rocket aimed at the US coast, full of zombie gas. b) capture the scientist involved, in case plan "a" fails c) capture General Von Sturm, head of the Ubersoldaten program. 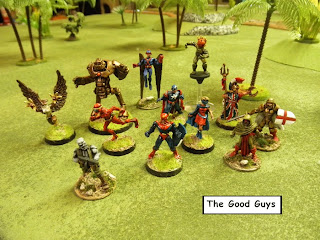 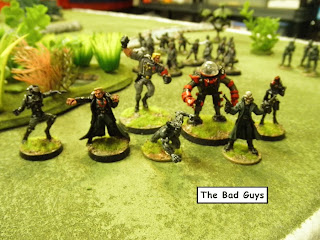 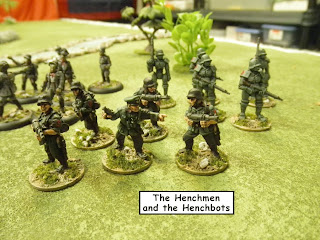 The Axis were allowed to set up first. They chose the concentrate their forces around the mountain base, rather than try to spread out and cover all the possible entry points.
The Liberty legion split in two. The flyers would approach en masse, and try to overwhelm the mountain top. The ground forces would draw off the remaining forces. Their planned unraveled from the get go. The flyers were picked off one by one by the security forces (not even supers!). Only Warhawk and Jack O'Lantern remained, with the latter lobbing fire bombs and take out most of the robots.
Then, a few ill timed charges by the speedsters of the LL landed them surrounded by enemy troops and quickly dispatched. 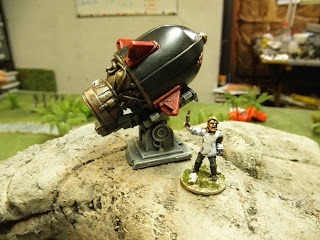 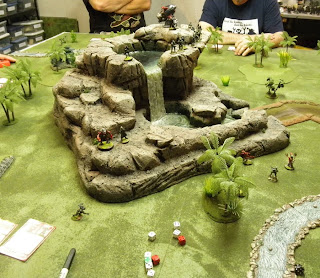 The mad scientist managed to get halfway through the launch sequence before Warhawk, dodging ground fire, knocked him silly. On the ground, things looked a little better for the Liberty Legion. Seawolf and Weapon H were taken out of the fight. Liberty Belle healed a few of her allies, but was attacked by zombies and was unable to finish before a few of the heavies, like Sgt. Stone were dispatched. 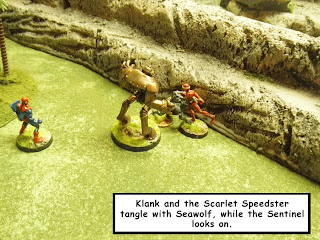 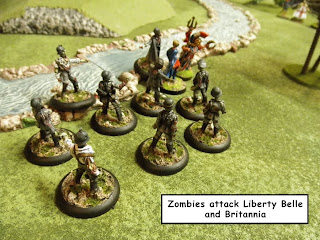 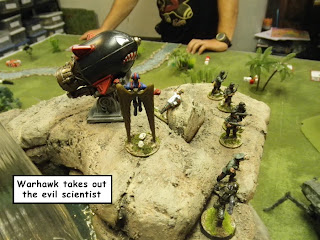 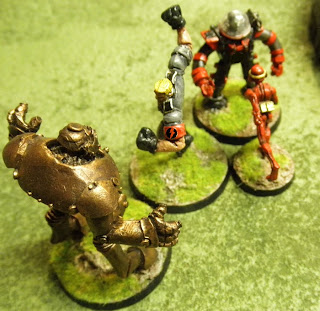 With hour getting late, time was called on this game despite a clear conclusion. So I made one.
"His forces decimated, Ubermensch, leader of the Axis super soldiers, hefted the giant rocket and headed toward the US coast with the remainder of the Liberty Legion in hot pursuit. He was determined to deliver the bomb to Washington, himself. Somewhere over the Caribbean, a combination of fighter planes and Liberty legion heroism brought down the rocket. It, along with Ubermensch, were lost in at sea. But where?" 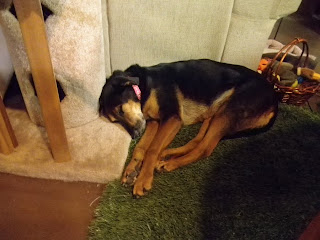 Thanks to everyone who made it out.
Posted by BaronVonJ at 1:13 PM

Another very nice looking table set-up. What rules did you use?

Only one rules set for Super Hero in my opinion, "Super System" by Scott Pyle.

Cracking report! I posting a link form my Blog, becasue I was so impressed. Keep it up!

Thanks! I'll try to keep up the quality.
-J

Sir, consider yourself added to my blog list - stellar!

I have reciprocated. Geektactica is on the list.
-J