The Orcs are coming!

Horns sound in the mist. Torches from the hills at dawn. Garn Gorespear has come down from the North to raid with Chaos marauder allies.
Who will stand against them?
A group of Adventurers have rallied the local warriors from neighboring villages along with sympathetic giants and semi-retired War Troll. 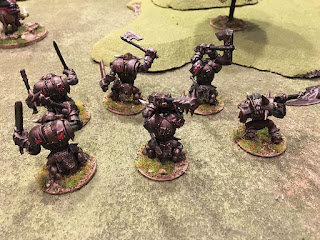 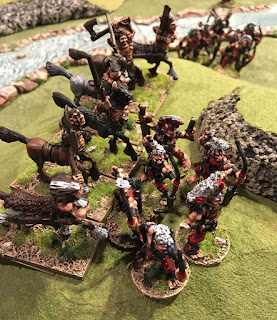 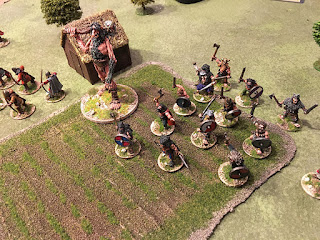 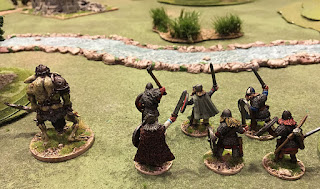 The Chieftain arrives with an old ally, Big Green. 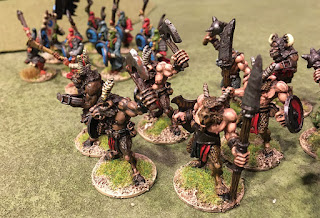 The forces of Chaos backed by some blue nosed hobgoblins. Blue noses and yellow spines. 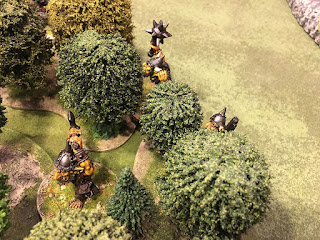 Bugbears lost in the woods... 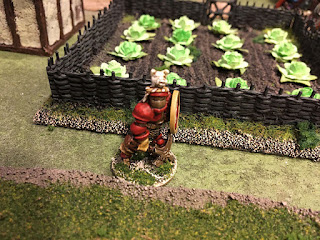 Sir Roderick seems distracted by the local produce. He would later be ridden down by Garn. 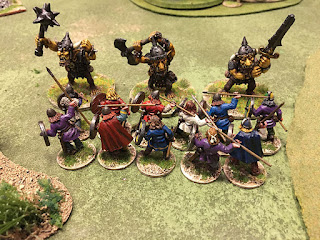 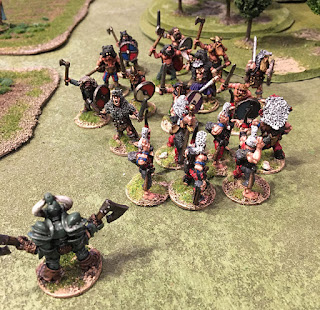 Borax the Despoiler looks on as his Thugs die to a man under taxes of the Berserkers. 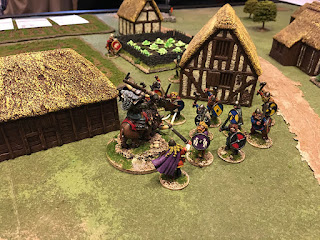 Garn rides into the fray. Many fell under his spear that day. 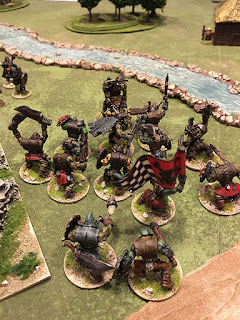 A lone War Troll stands against the Orc brutes, and sends them packing! 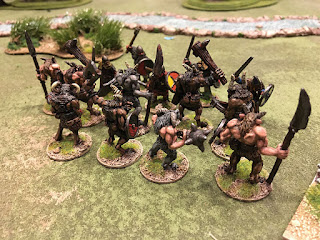 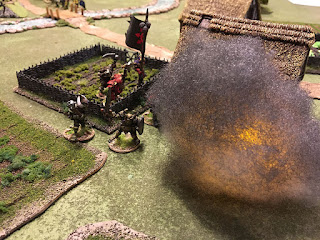 "Burn it all!" - the village is set alight
Great fun! The field was littered with dead. The galant Adventurers slunk off during the battle. No XP for you!
Posted by BaronVonJ at 8:28 AM