We a great playtest of our Star Wars FfoL Galactic Heroes game for Wiley Wargame Weekend. A group of underworld types were holding a Rebel leader, ready to sell to the highest bidder. 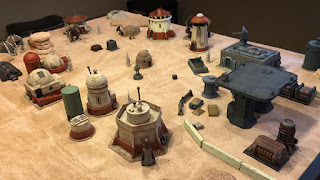 Hive of scum and villainy 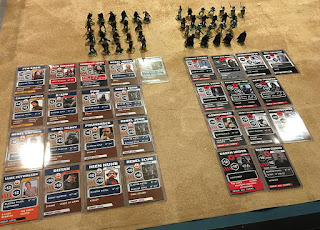 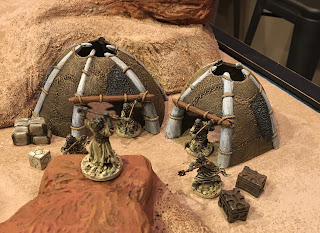 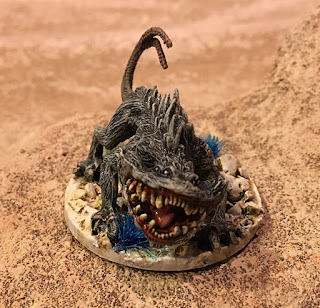 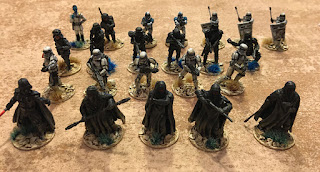 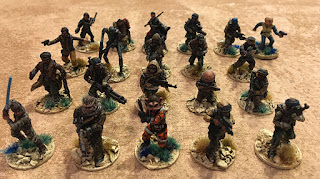 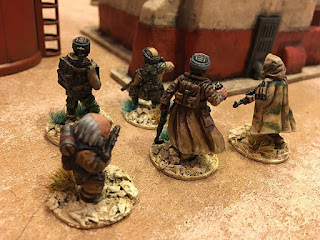 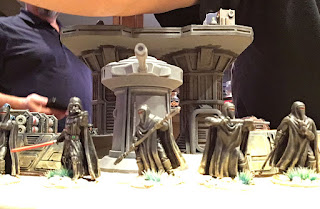 Darth and his personal guard. Read up on these guys. 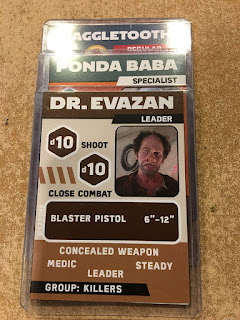 Close up of the great cards done by Steve 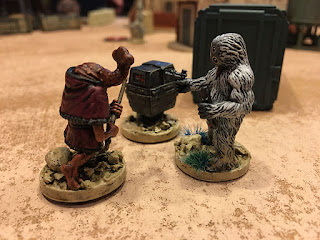 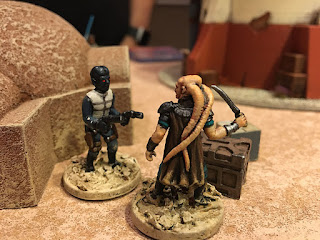 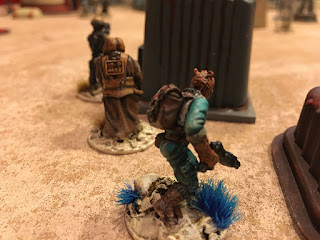 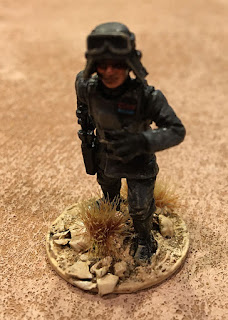 Pour out your beers for General Veers. First one to go down. 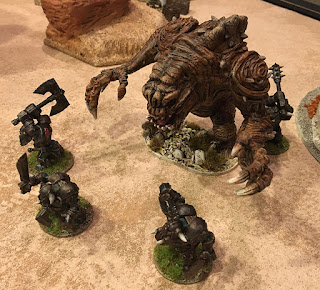 This boy almost got loose!
Great game. Tons of "Pew, pew, pews!" Luke captured the Rebel leader after some negotiation, but didn't play a part in the game very much. Darth is getting an upgrade as he should. IG-88 was a killing machine! Took out 5 Imperials including the Dark Lord of the Sith himself.

Posted by BaronVonJ at 9:15 AM

That looks amazing! Is that the size of a typical game? And what figures did you use?

Yep. But it can scale up or down. Miniatures: Legion, a few Imperial Assault and a couple Shapeways customs minis.

Great looking game! I'm running Star Wars Galactic Heoes at War Party in Cincinnati on 10/19. Any tips on how he made the cards?

That looks brilliant...love the cards!

That looks great! Is that K2S0 the Shapeways one?

If you have a list of troops, I can tell you what stats we used.

I believe so. Not my minis

Wow, that would be great! I'm running 7 figs per squad. 1 Leader, 2 Regulars, 1 Specialist and 3 Grunts. I was planning on running the same scenario you did i your last Star Wars game but using a Droid instead. I was thinking about having 4 droids on the table. But only 1 has the stolen Imperial data. I'm thinking at least 2 players per faction and possibly 3.


Mercenaries/Bounty hunters are Boush, Bossk, Boba fett, Dengar, Greedo, IG-88 and 4-Lom. They will have other no name mercs with them. I have 6 swoop bikers mounted. I was wondering if that could unbalance the game?

I appreciate your help! I'm sitting here painting up some Imperial assault figs for the game.

Great looking game. Love the cards, what was used to create them?
Also, what are you doing to make Vader more resilient?

He's now also "Soulless" and "Godlike". Cards are a cocktail of Adobe products. We're professional graphic designers so Illustrator and Photoshop for cards.

Love the cards! Would you be willing to share them? Either design files or pdfs?

Niles, wish I could, but they are not mine.