crackle-crackle..."Fire team Bravo, what's it look like out there?" 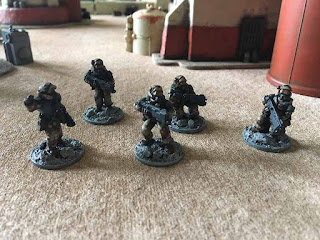 "All clear Alpha. Except I don't trust those mercenaries we have manning the barricades." 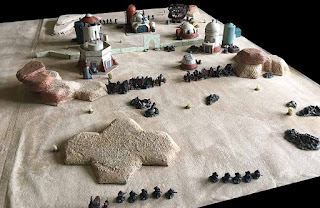 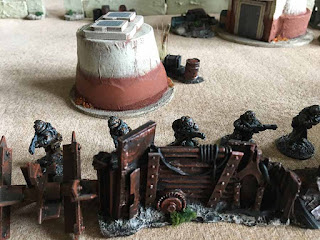 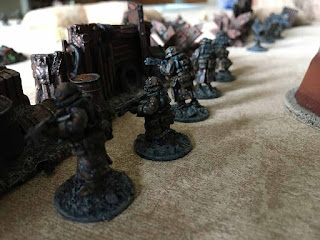 "I hear ya, Bravo, but orders are orders, and I don't mind the rest."
BOOM! Pop! Pop! Pop!
"Alpha, we have movement outside the barricades and the mercs are shooting at each other! Some are headed this way, and they look like trouble!" 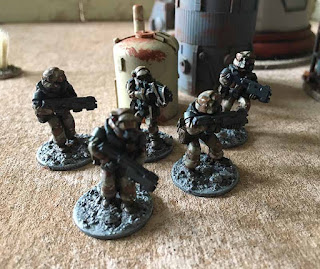 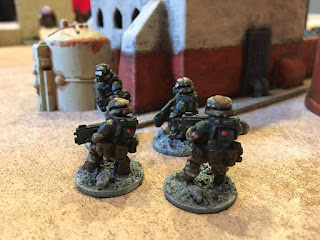 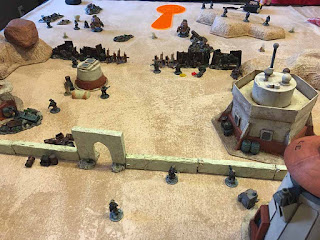 "All teams, man the wall! Man the wall! Treat anything headed your way as hostile!"
"Alpha. This is Jenkins in the tower. We have have Rebel troops massing in front of the barricades." 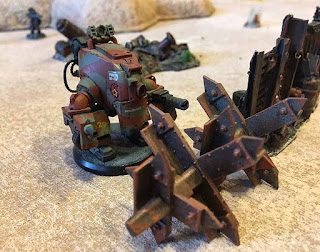 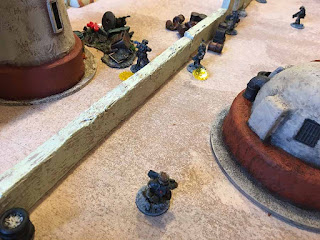 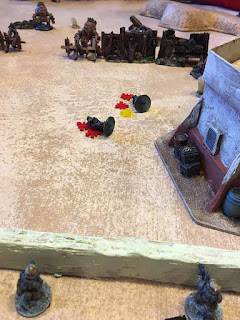 "We've dropped most of the mercs, but they Rebs are right behind them! I don't know if we can hold our position."
What a great game. Neither side knew who to trust until the end of the first turn, not even the players running the mercenaries.
Despite some early success, the defenders were finally overwhelmed by numbers. Both mech suits were taken out in spectacular fashion.

This scenario is available for free on our webstore when you subscribe. It's genre non specific, so you could easily use for any period.
Posted by BaronVonJ at 9:28 AM

Very interesting scenario. I expect to play it in my local club!