With both children growing way too rapidly (one in college, one almost finished with high school), I decide to slow things down a bit a host a one on one Civil War campaign with the Boy. It's a chance to spend some time together and share one of my first loves in wargaming: the American Civil War.
I decided on Longstreet, as it provides a crisp, concise campaign with lots of character and it's easy to learn. Time to dig out my ancient 15mm ACW armies.
We created our forces, 3 infantry units, 1 cavalry unit and a battery of cannons, All Eager Recruits. We randomly created our personas.
Me: Col. Cletus Wayne Guthrie, a politically savvy up and comer who raised a regiment of native troops, the 1st Missouri Volunteers (the Ozark Zouaves, even though only a half dozen men actually have the fancy outfits). 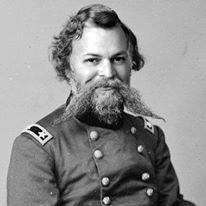 The Boy: Eustus Marshal, a hot headed cavalry officer commanding a group of Northern Aggressors.
We randomly created the battlefield and and scenario per the rules. Marshal would be the defender and I would be on the attack. 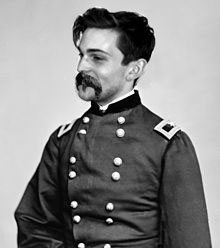 I divided my forces and sent my cavalry charging down the turnpike to capture one of the objective, the small town of Prairie Landing. It was decided all battles for the campaign would be named after local housing divisions... 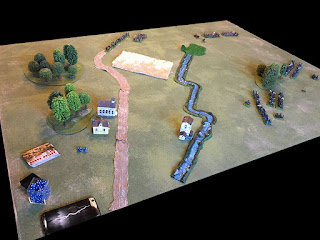 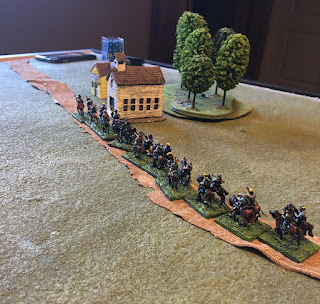 They were assisted by a unit of infantry. It was risky move I would later regret.
The rest of my troops moved solidly forward, forced into a deeper formation due to terrain. This limited my opening volley, but not the follow up charge which sent the Pennsylvania troops reeling back. This would be a push over....
Then Marshal swung his cavalry around and rode hard at my flank, including a still limbered battery. I blew through my best cards keeping him at bay, including throwing an unspotted swamp in the way. 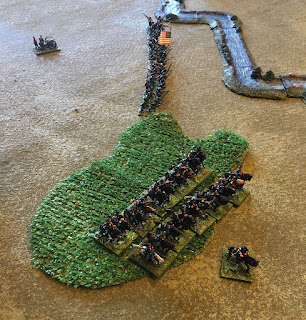 Meanwhile, his other troops had recovered and were steadily blasting away my poor Arkansas troops.
The only satisfaction I got was cutting his other flank to pieces trying to cross a stream to capture Prairie Landing.
The turns quickly blew by along with my losses. My untested troops were holding, but dying in droves. At least they died on native soil. 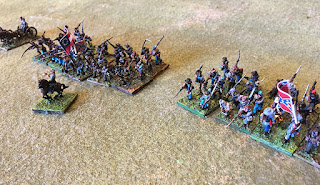 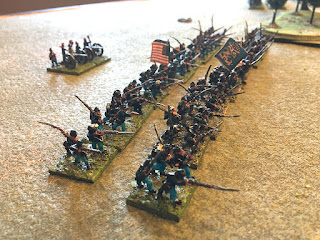 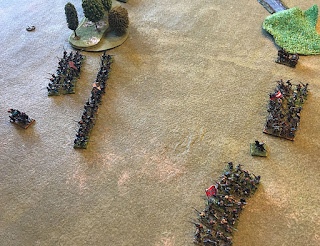 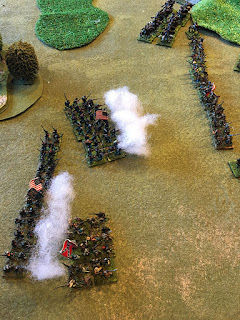 The victory for Union was complete. I lost 21 stands to his 9. UGH!
The post battle process followed.
Thanks to my political connections, despite my horrific loss I was promoted as did the Boy.
We regained some losses as men trickled back into camp. But a few of my units dropped from Eager to Cautious after "Seeing the Elephant". Our post battle camp losses were terrible. My once 10 strong units were dropped by to 7, 7, 6 and 5. The Union fared little better.
But, our Campaign cards helped a little. I was given a Veteran unit from back East to bolster my losses while Marshal got a few new rifled guns.
As 1861 closed, it was great fun. We have 8 more games together, and hopefully some good memories.
Posted by BaronVonJ at 9:58 AM

Longstreet is a fun game and the campaign really enhances the whole thing. Look forward to see further games.

A great idea that will hopefully create some good memories.

I've always wanted to have a go at Longstreet, having played a few games of Maurice a while back. I really should give it a try...love the portraits too!

Makes me think of the Civil War campaign we played back in our Hallmark days using the board game (forget which one) and modified DBA rules for battles. Great fun! Richmond changed hands 5 times!

What a great idea! Hope there are many good memories!

Looks like lots of fun. Maybe one day I can get one of the girls to check out the hobby.

Brilliant- And the portraits- Brillianter!

This actually answered my downside, thanks! online casino bonus