Dragon Rampant: The Heart of the Mountain 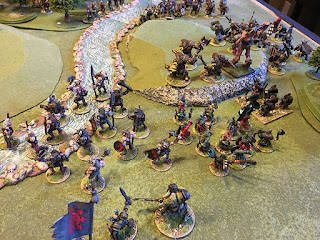 The Heart of the Mountain has been stolen by dark forces! The disparate tribes of the mountains have banded together to stop them. 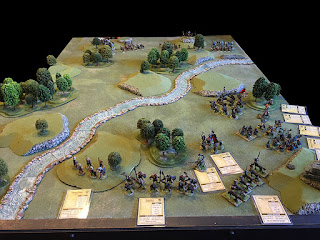 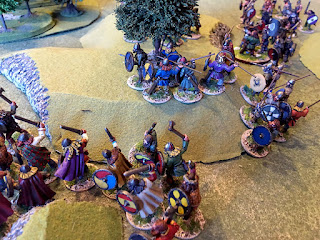 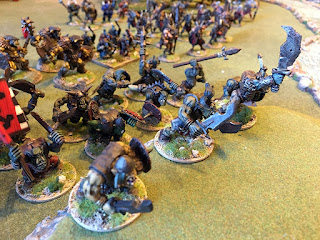 Green kins and Chaos pour from the Mountain. 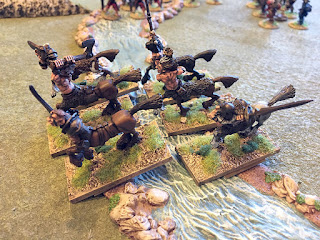 Chaos Centaurs ford the stream, only to be showered with boulders form  local guardian of the Mountain, a Stone Giant. 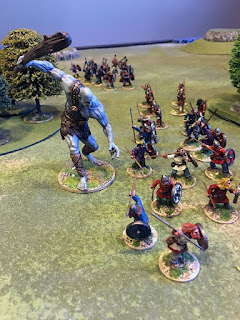 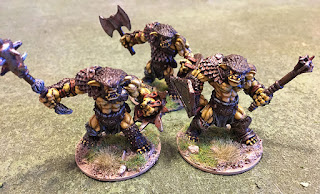 Bugbears made their debut and avoided the "Newly Painted" curse of all wargaming troops. 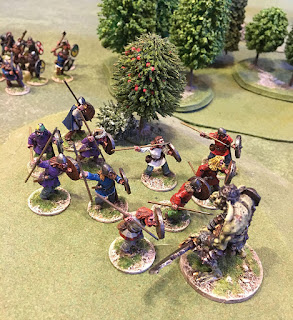 A troll takes on the lightest armed humans., and quickly routes them. 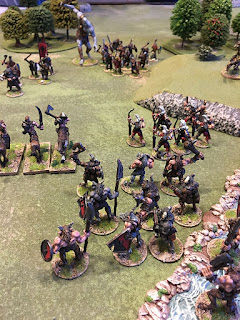 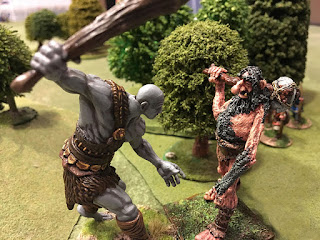 This was a 4 player game of Dragon Rampant, and a particularly bloody one. We had some units break after taking just a few casualties, while others hung on to the last (we had one archer " Legolas" who just wouldn't give up until he was finally crushed by a boulder).
Usually, light troops and giant get destroyed early in our games. Not sure why, they just do. This time, they were the last to go.
DR always inspires me to get painting more troops.

Posted by BaronVonJ at 1:20 PM

A very impressive collection of figures there, especially the big blue chap.

Your setup, figures and terrain look good. Looks/sounds like it was a fun game, too. I really like the simplicity and versatility of the Rampant rules.