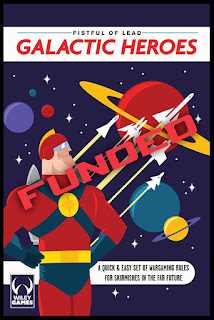 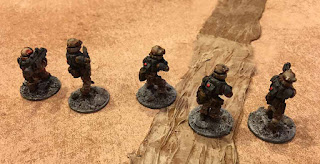 I ran another game of Fistful of Lead: Galactic Heroes. I'm really liking how the rules are playing.
I wanted to use this scenario and group of miniatures to showcase the versatility of the rules. This was more of a "Near Future" type game vs Space Opera. 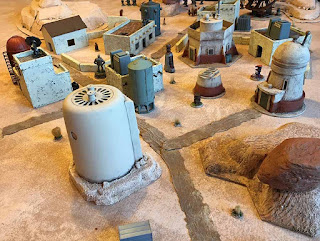 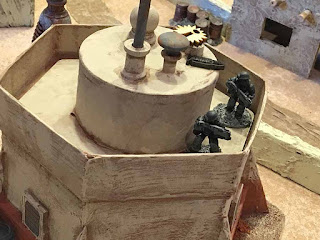 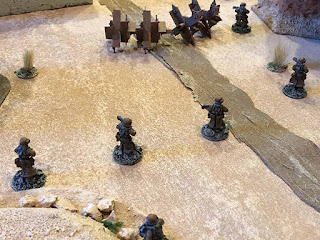 The Union Forces were fighting a holding action against the Rebels who had overrun the previous positions. The Union troops had to hold out long enough to get an off table squad to the landing pad carrying vital intel.
One Squad of Union commandos, the Gray Ghosts, were positioned in town, while a relief squad moved up from behind. Facing them were three squads of Rebels. One squad was using experimental power armor and also had a spotter drone. The drone moved before the turn started and could be used by the Rebels to get line of sight wherever the drone could see. 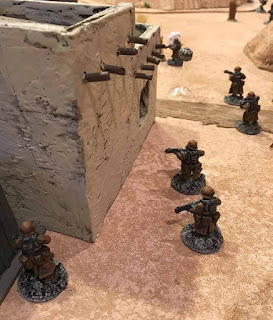 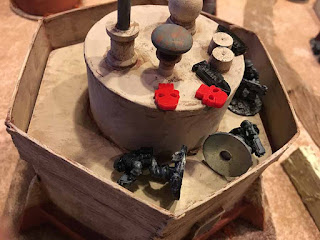 The Ghosts get pounded 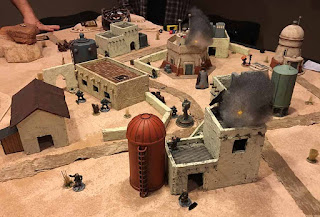 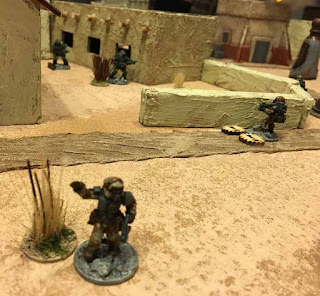 Run Capt Forrest, run!
The poor Ghosts took a pounding. They kept emptying their clips into shadows (i.e. rolling 1s) and got nailed twice by Rebel off board artillery. I had mixed the Joker in for just such an event.
By the time the Union Intel officer and his squad entered the fight, the town was infiltrated. One trooper ran ahead to the pad while his buddies held off the heavy troopers.
All in all, everything really worked well. The fight had the right cinematic feeling, especially when a 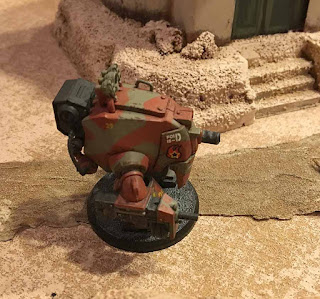 The Union gets heavy support 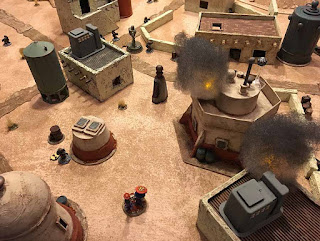 Rebel firing an indirect drone guide missile managed to miss spectacularly and miss his friend by a few millimeters.
In the end, the Union troops got their intel off world. Now the Galaxy will know of the Rebel atrocities....

Sounds like a fun game. I am digging your terrain set up.