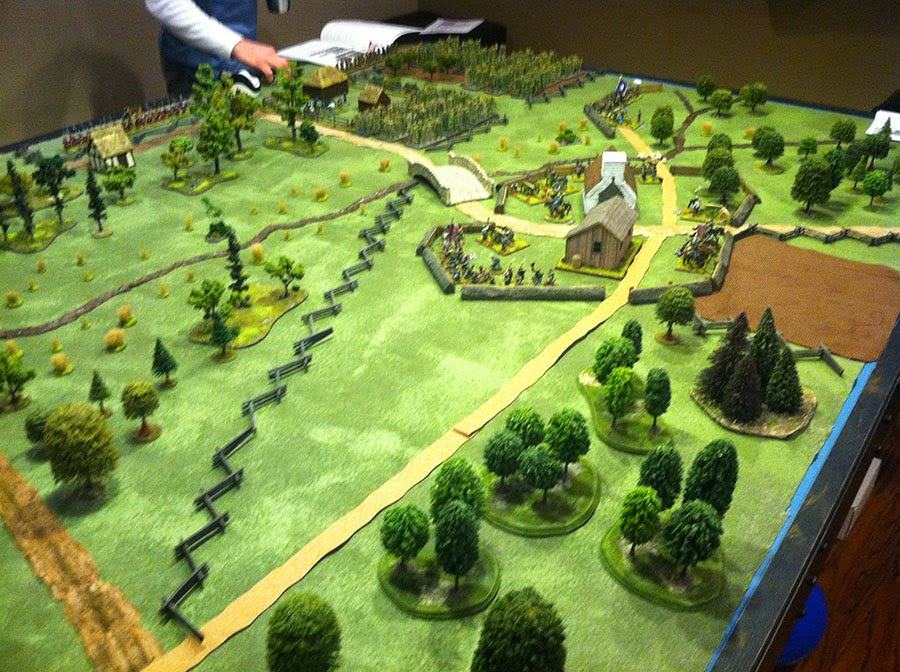 Fire and Fury is sometimes refered to as Fire and Frustration. It's still my go-to for ACW, but last night reminded me of how damaging bad rolls can be to an otherwise great game. With all the extra charts and modifiers piled on by the Regimental version, they can really do harm. 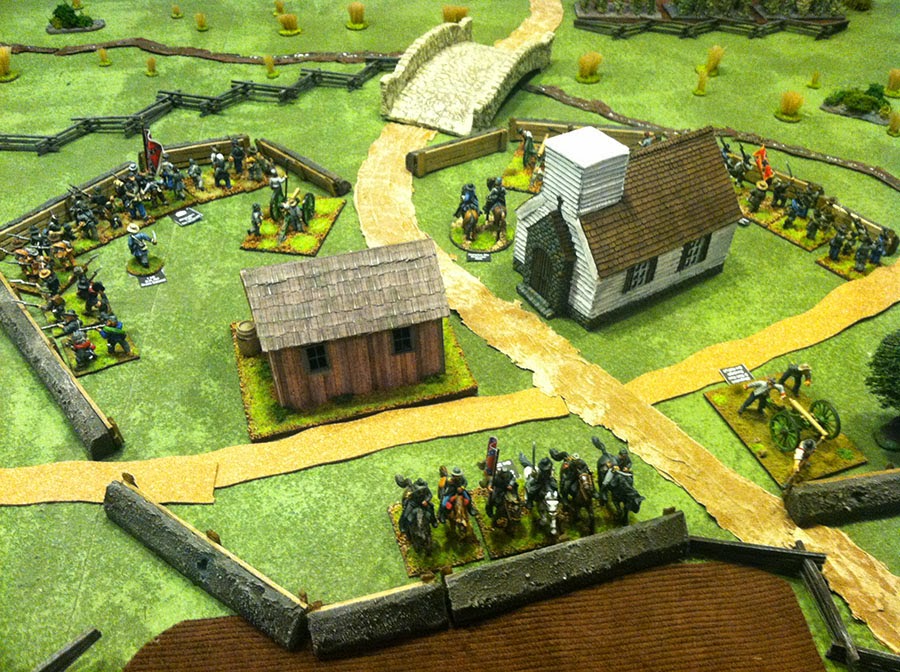 The table and the miniatures were great. John over at Curio Clashes provided both.
The Union had a tough nut to crack. A slog across swampy, tree filled terrain to assault the rebel works. The forces start fairly even and then the Union troops start arriving in hopes to overwhelm the opposition. 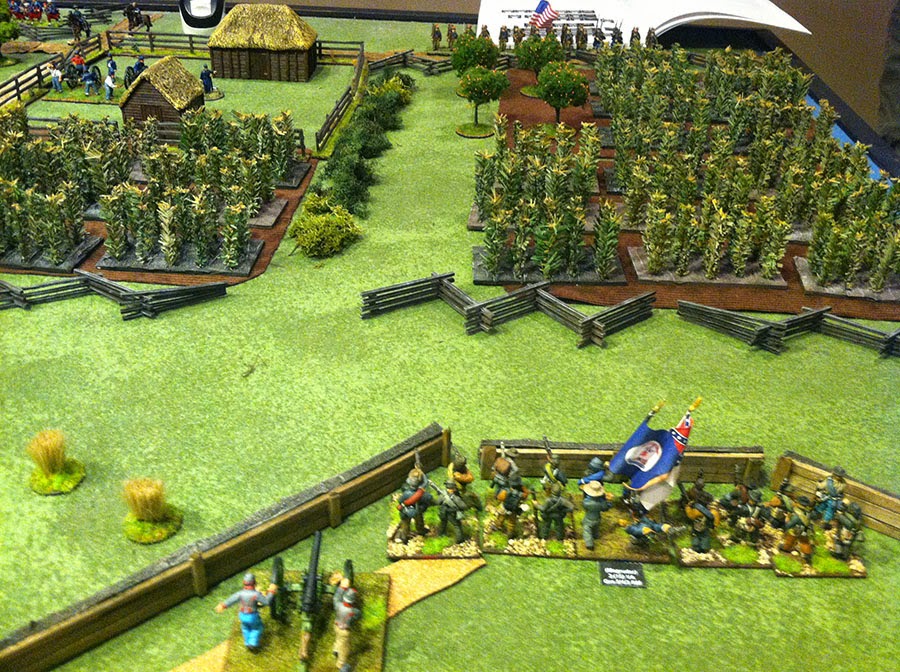 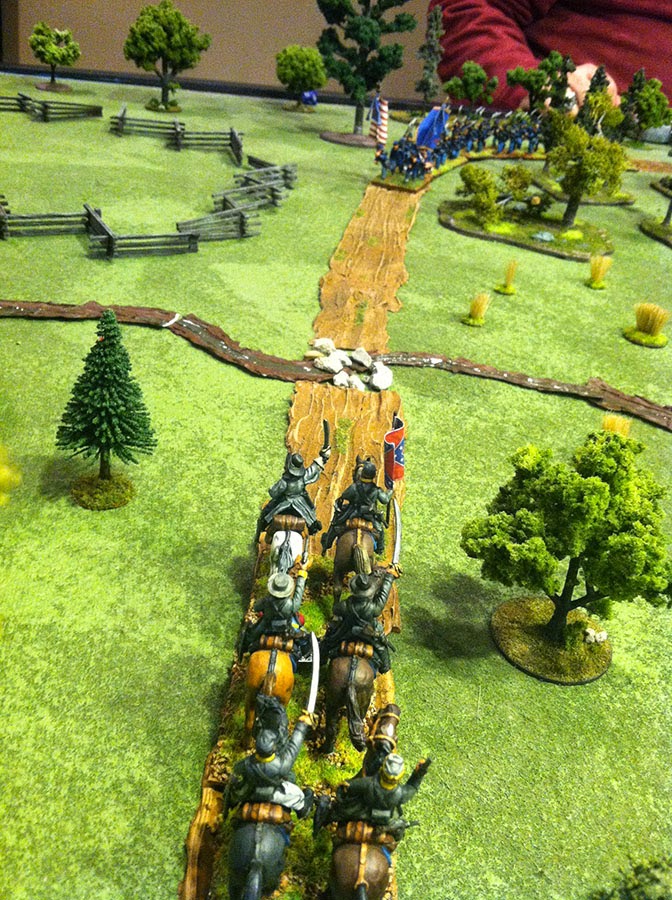 One of the units, an Indiana regiment (9th, 11th?) starts out already disordered due to some friendly fire earlier in the dy. Best change out of those gray Zuoave uniforms, boys. Then they really got plastered by the Rebel guns. They were rendered combat ineffective early. One unit out.
Then, a succession of truly abysmal Union die rolls for maneuver, the Blue Bellies got jammed up on the roads. Fodder for the Rebel gun emplacements. Way too early, it was obvious they were going to win.
S, just like the real Battle of Big Bethal, it was a Union disaster. A combination of green troops and bad luck spoiled the assault. But still, you can't beat a night with friends, toys and beer.
Posted by BaronVonJ at 10:15 AM

If it's any consolation the table and figures look great :-)