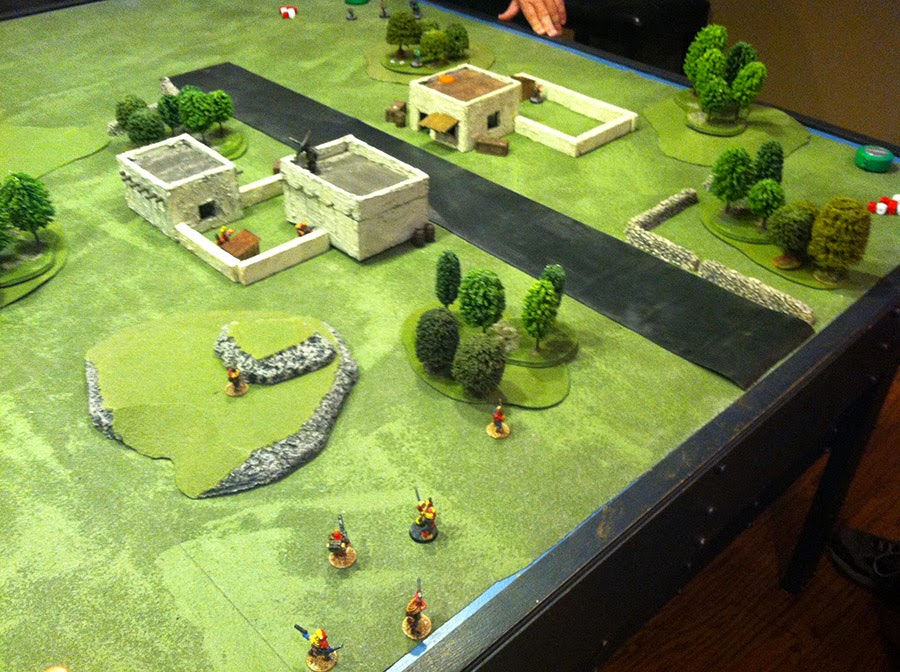 I read a lot of good things from bloggers I like about the 5 Core rules series by Ivan Sorensen. They are designed for small skirmishes with between 5-9 models per player. Just the scale I use for my own rules. We only had a few Basement Generals come by last night so it was a perfect chance to play. 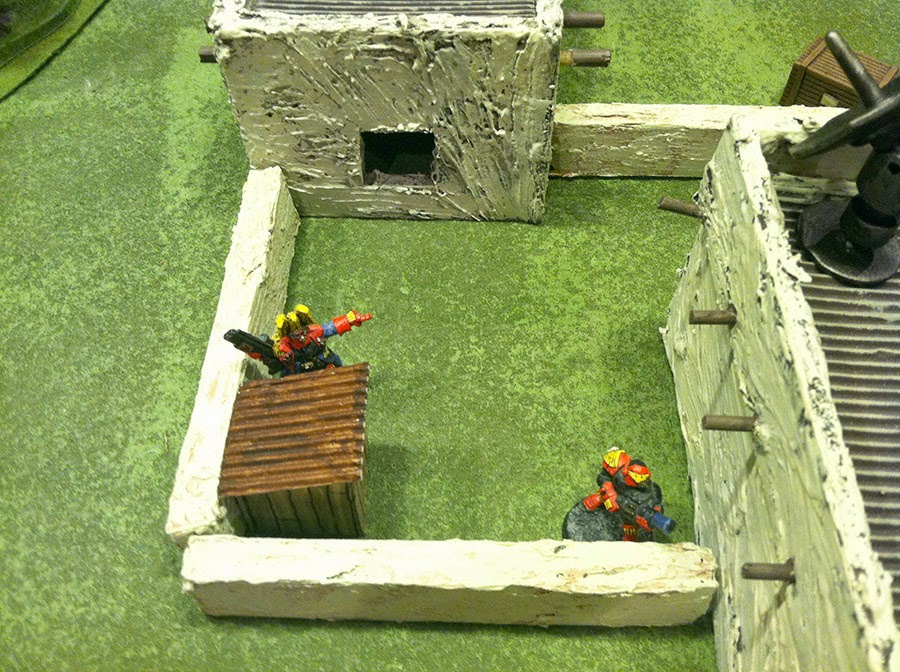 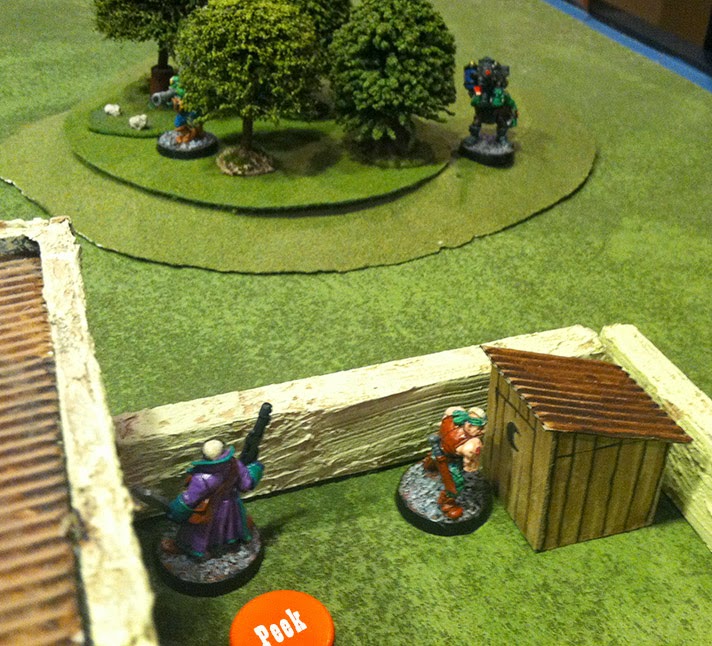 I think 5 Core does a fantastic job of recreating the tension of small modern skirmishes without a lot of rules. The guts of the main rulebook being only a couple dozen pages. 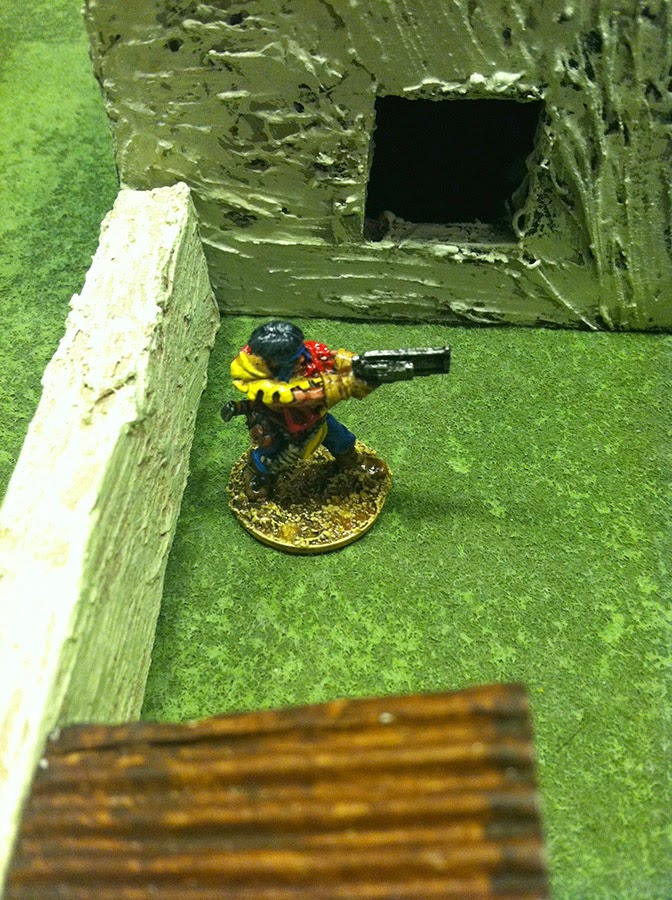 This killing machine dropped 3 enemies in 3 shots.
The rules could easily be called "roll and look for 1s & 6s, because that's all that really matters". Before each player turn, a player rolls a die and if a 1 or 6 shows up something special happens, "Scurry" or "Firefight". If this doesn't happen, then a player can activate 2 members of their unit.
I really, really love how cover works. No screwing around with how much the model is showing or line of sight. It is assumed every model is trying his best to not get shot, so unless he actively "peeks" around a corner or out of cover he cannot be shot. Period.
Short range weapons (pistols, SMGs) only shoot 12", everything else is in range. Roll one color die for KIll, another color for Shock. Look for 1s or 6s.
Sounds easy, but the tactics are where this game shines.
Throw in the Five Parsecs from Home SciFi expansion with its really slick campaign/RPG system and I am sold.
I used OLD SCHOOL WH40K for this skirmish, but 15mm SciFi I think is the way to go. It might get me to by a few WW2 miniatures again for some commando raids...
Posted by BaronVonJ at 2:10 PM

got the expansion today for 5 parsecs.

Great game. I too loved the Cover/ No-Cover mechanic. Hand to Hand is brutal with the attacker getting a +1 advantage and if the attacker has a H2H weapon to win ties, it is a significant advantage. If both figs have H2H weapons, is the win ties advantage removed from the fight? It should be negated if the rules aren't specific.

Sounds good and you enjoyed it which is the main thing.

Author here. Glad you enjoyed the game and yes, hand to hand is quite brutal.

If both people win on a tie, it cancels out.

Thanks for the clarification, Ivan. It seemed logical that both win on a tie would cancel out, but I thought I would check.

I liked the rule set, it was fast, furious and clean. Looking forward to playing it again.