I've been to San Diego Comicon, Historicon and our local war gaming convention, RECRUITS. Gen-Con was somewhere in between. With 50,000+ attendees, it's by no means small, and seeing as it started out as a small D&D convention and my own roots in gaming being just that, I made a pilgrimage.
I was also there to help a buddy get his own game play tested and promoted. I did the artwork and in return got a free hotel stay, and did some scouting of my own for Fistful of Lead as well as some games I'll be doing in the future.
Gen Con is in Indianapolis and besides being a very clean, friendly city, they put out the welcome mat for all the nerds.
All the big game vendors were there, a you could sign up for play to try them out. I got to play a few I've been interested in, but never bucked up for. 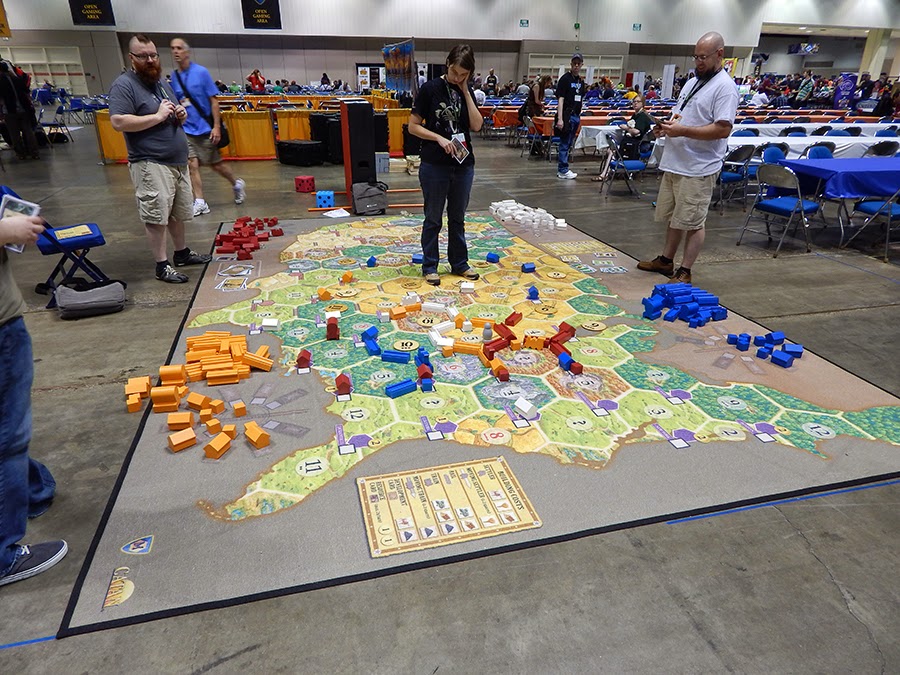 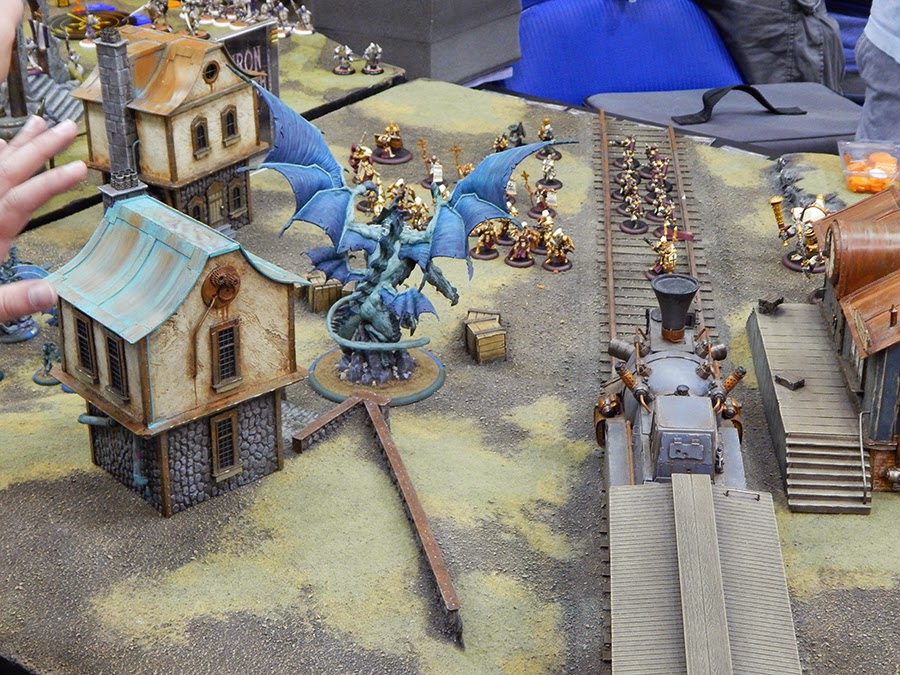 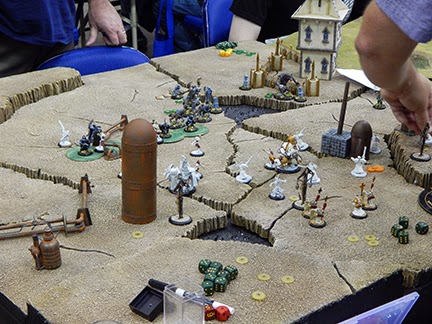 more Warmachine. For shame! not painting your figs... 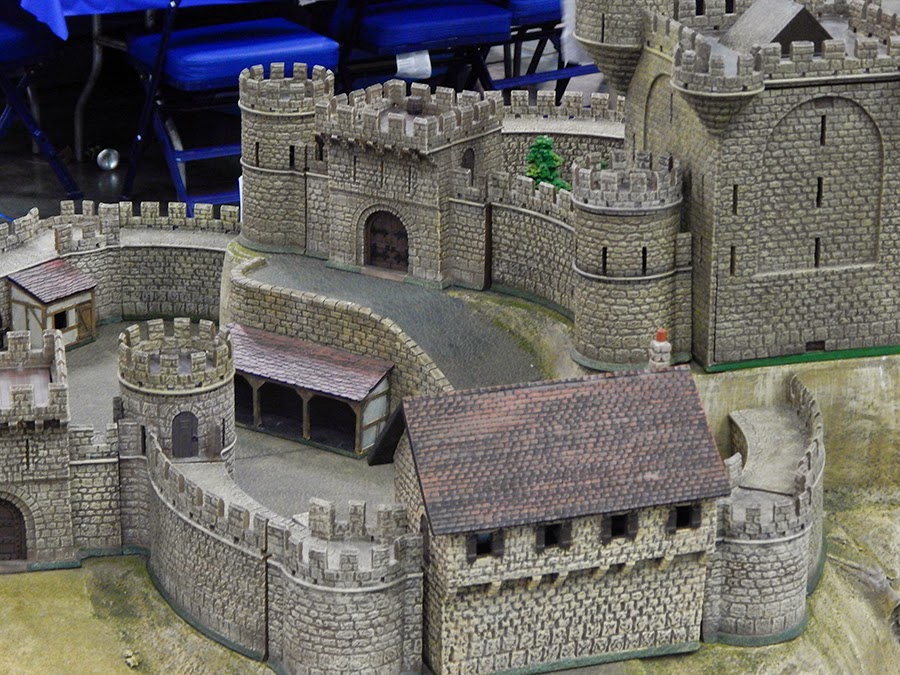 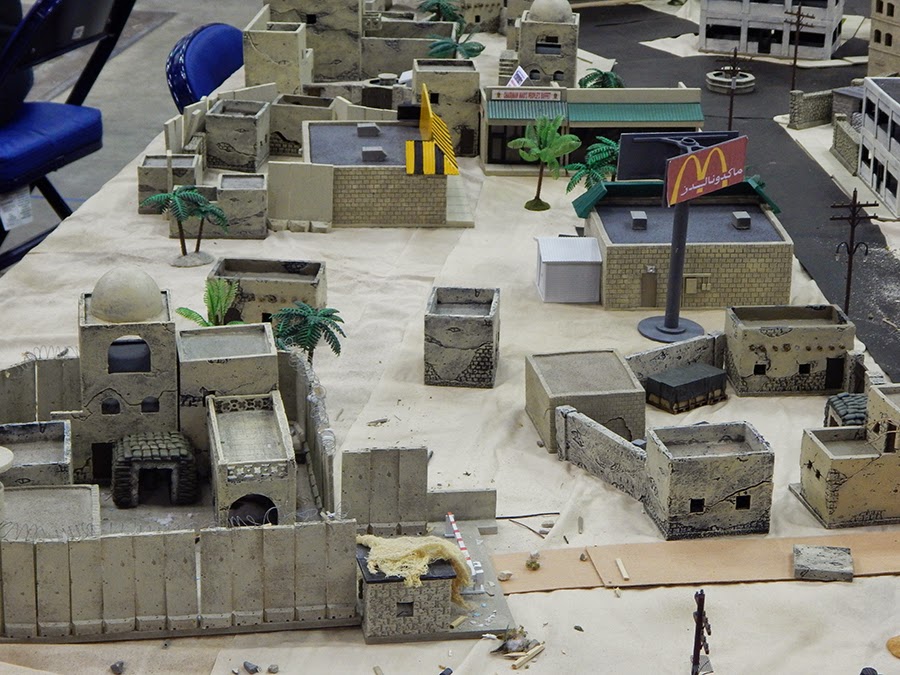 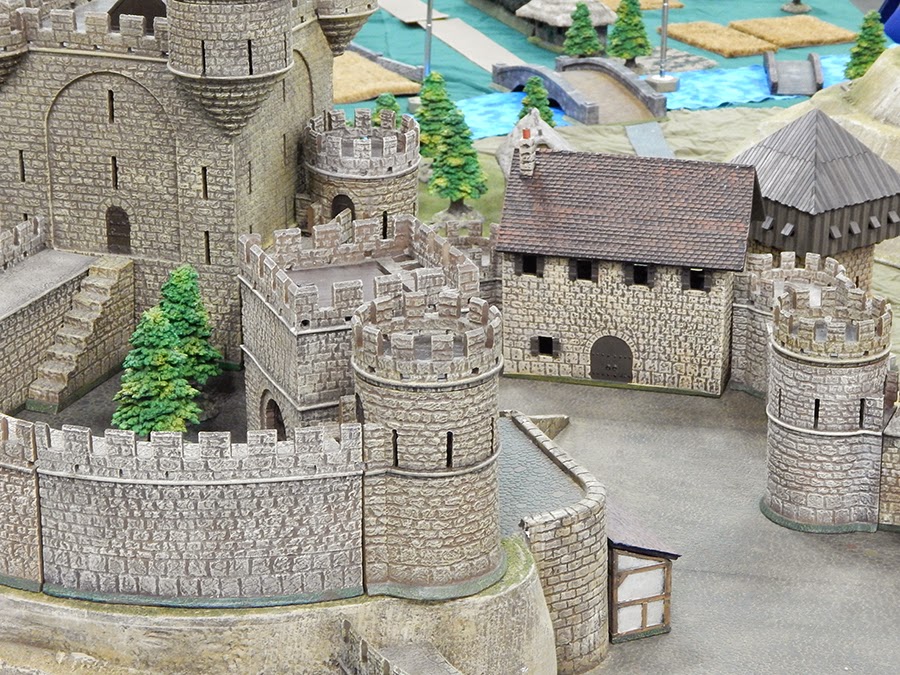 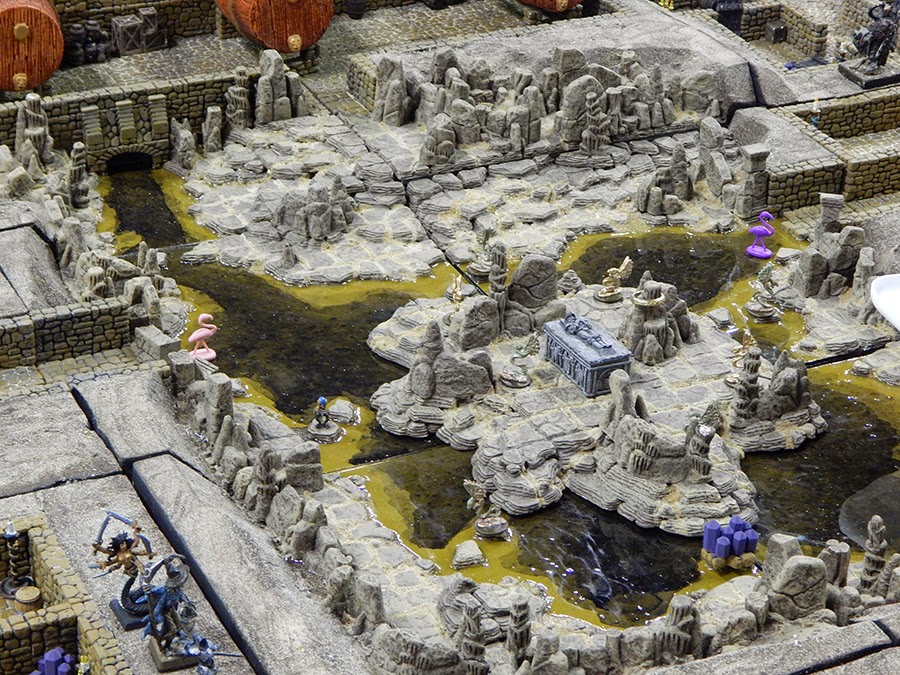 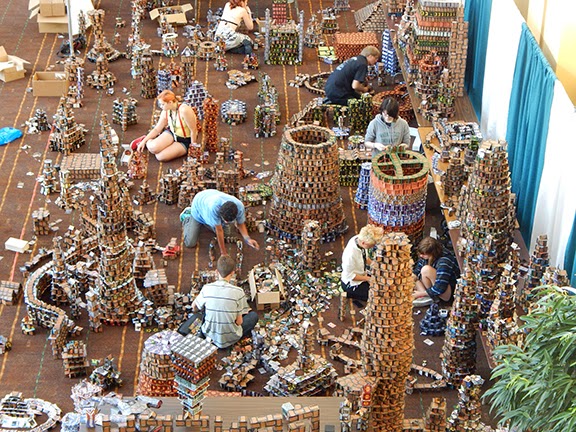 A use for all those Magic cards 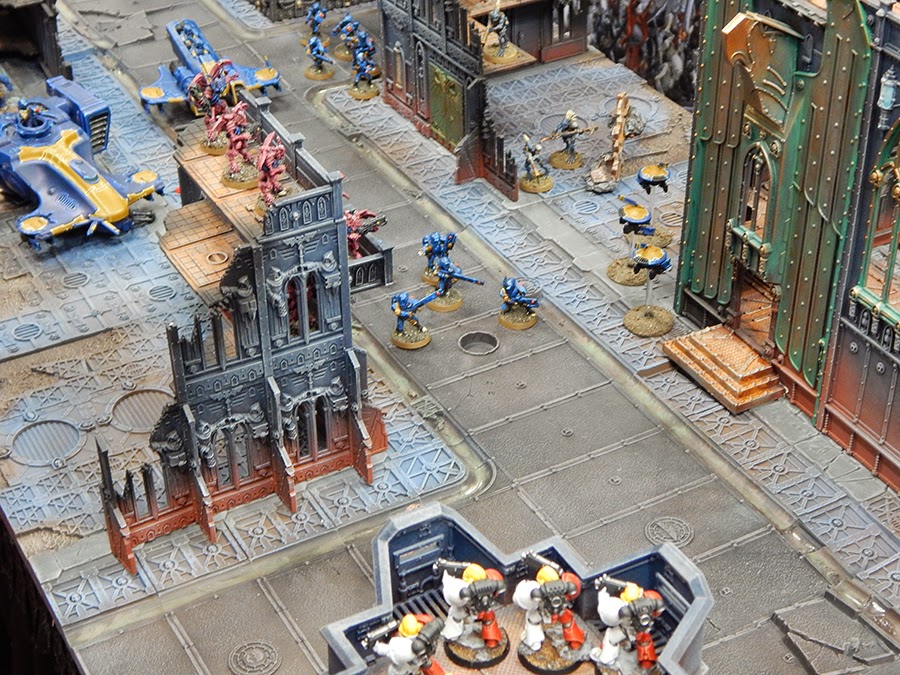 GW was there, of course. 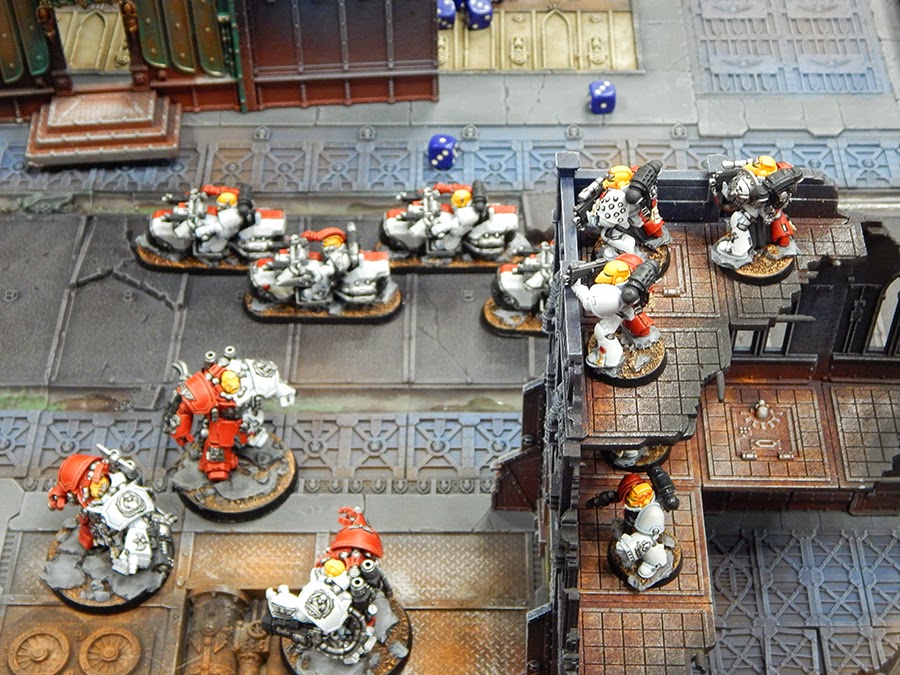 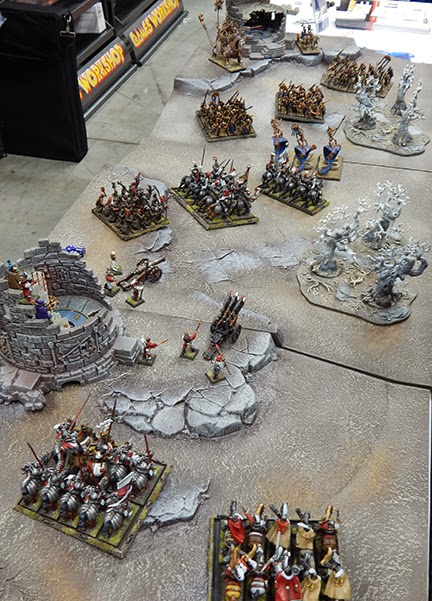 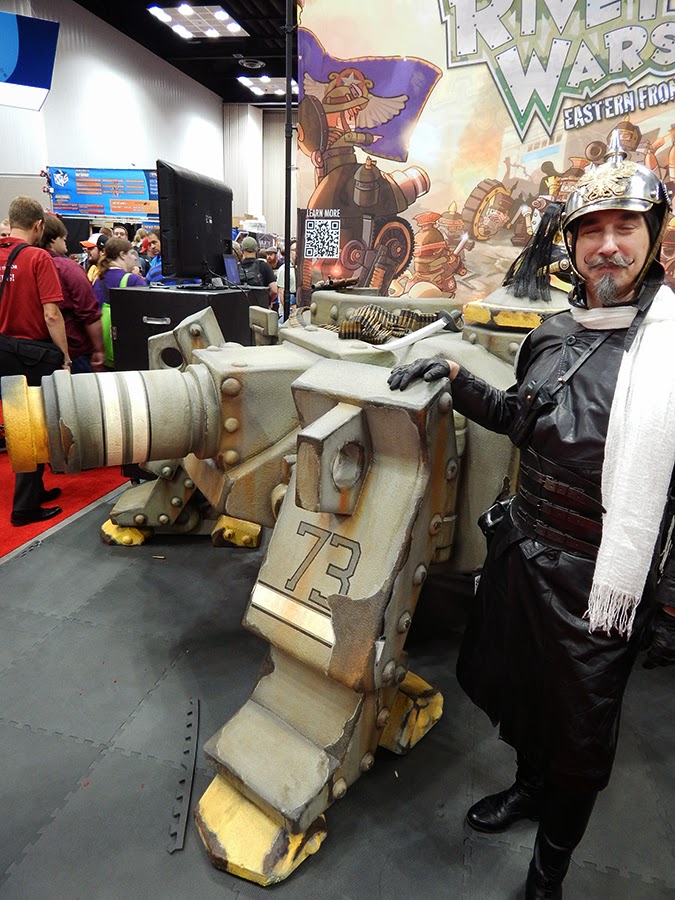 A dastardly Blight officer showing off the latest in Rivet Wars technology. I was disappointed their next wave of minis wasn't out. 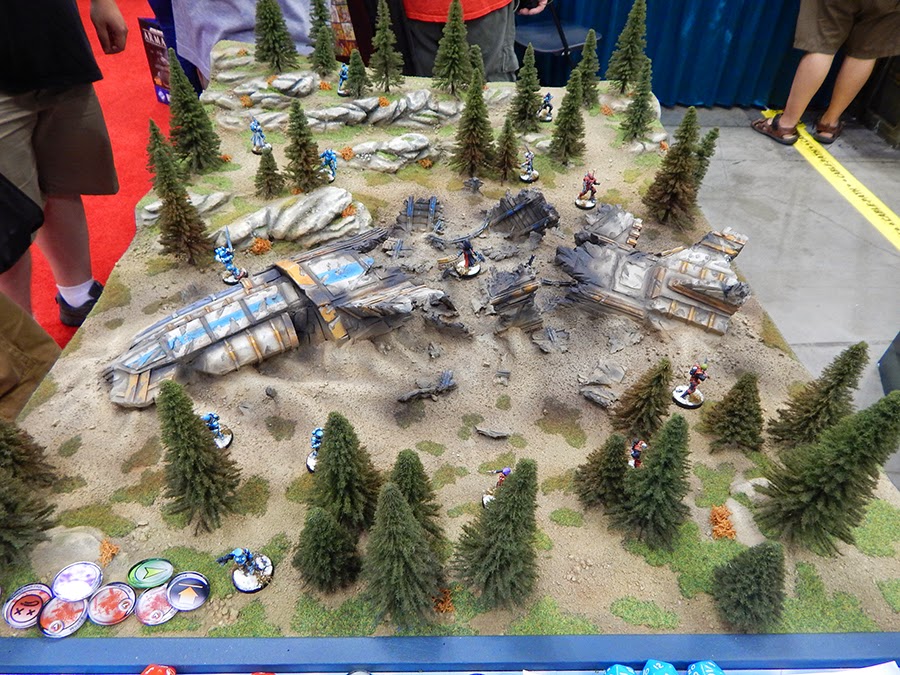 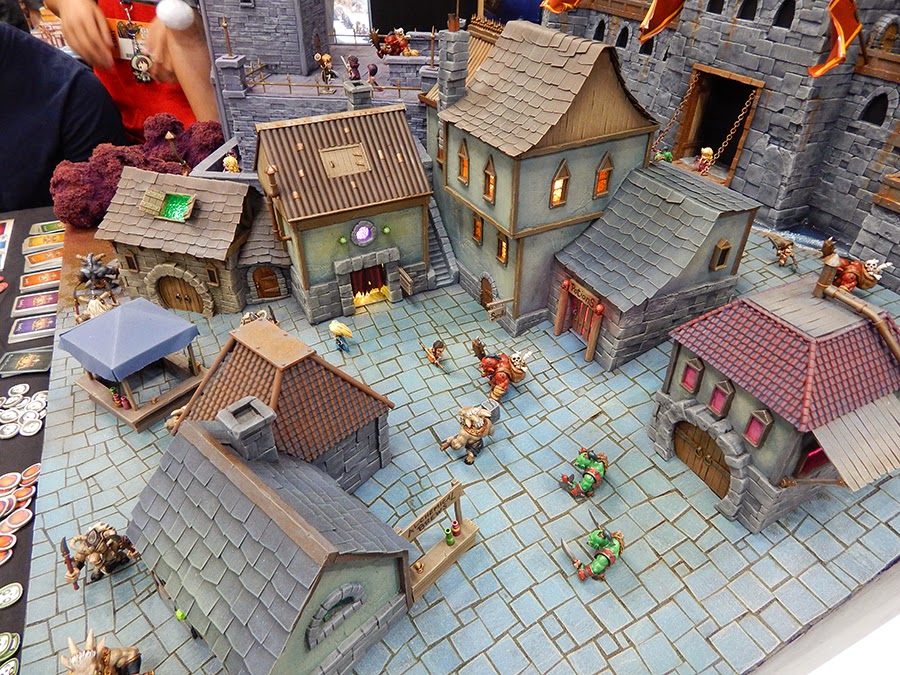 Don't know what the game was, but their display was awesome 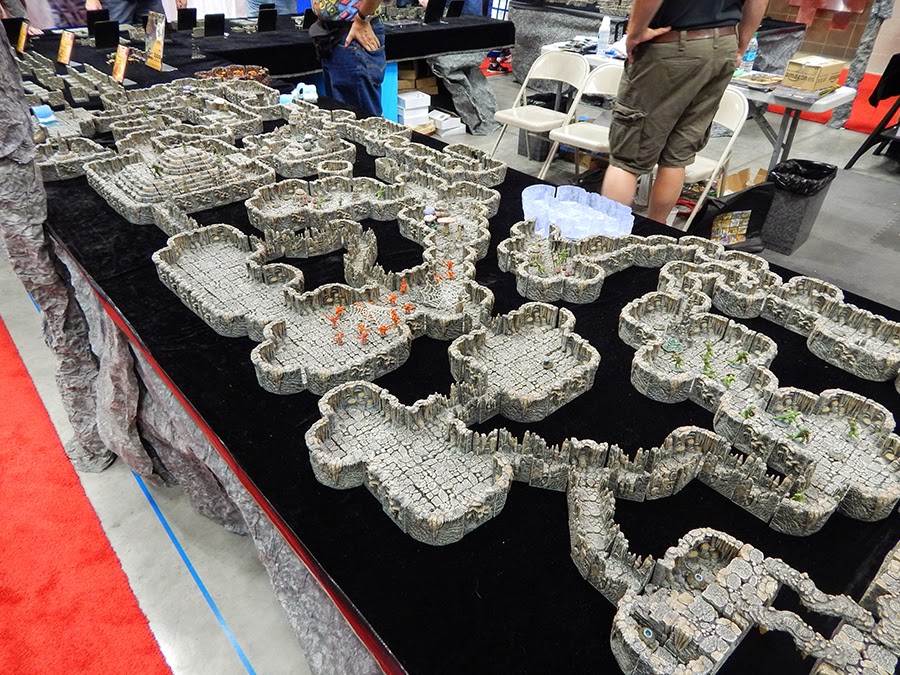 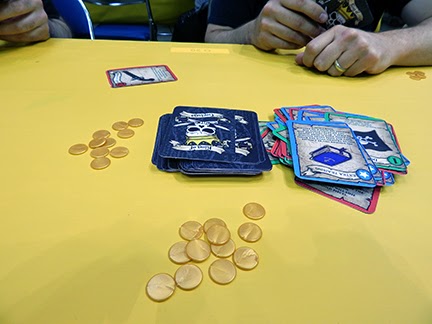 The game I was helping with, King of Tortuga, a pirate brawling game. Got great feedback and positive interest. 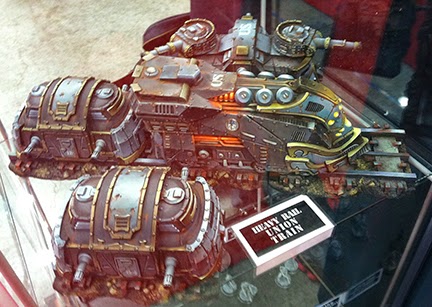 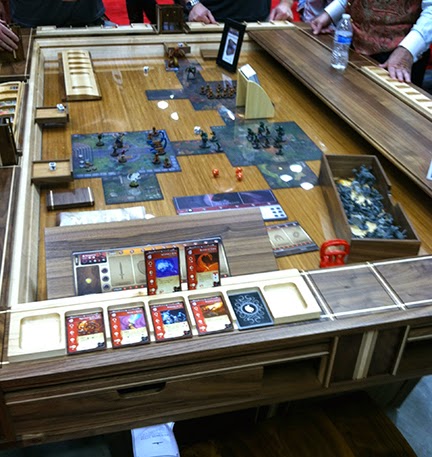 The first thing I'm buying when I win the lottery. A game table from Geek Chic 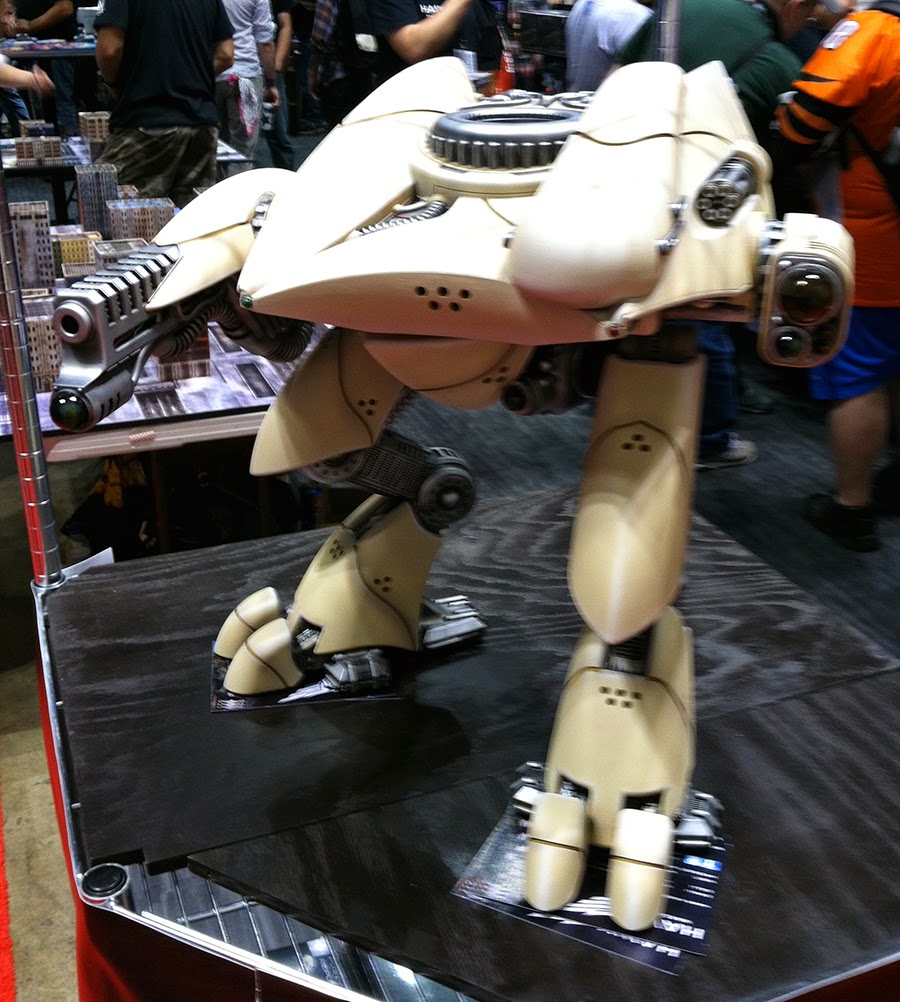 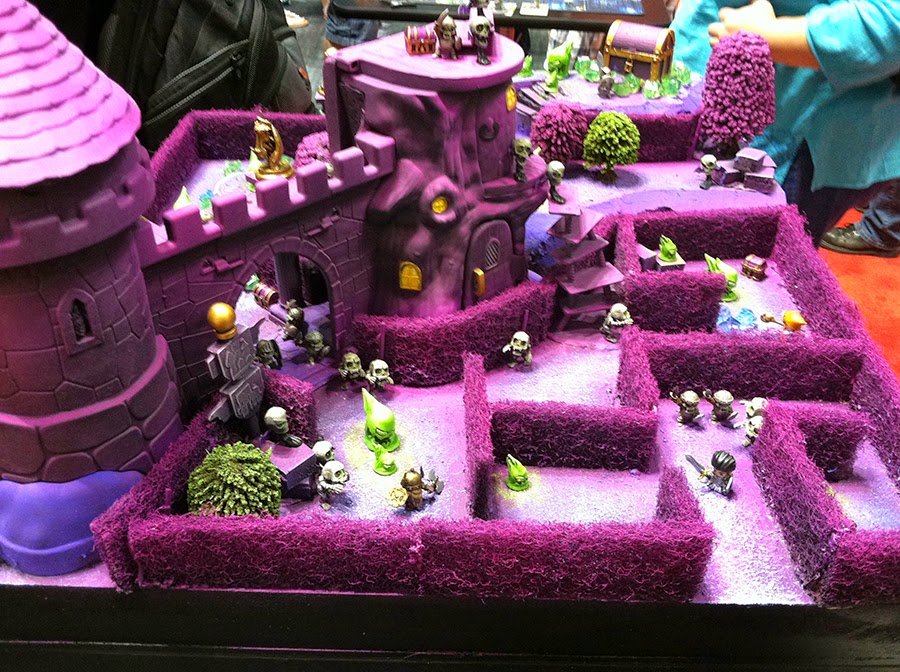 The purple was cool 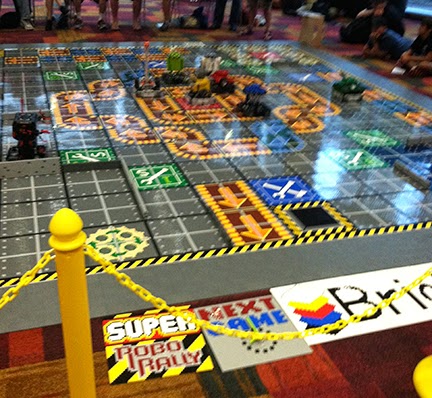 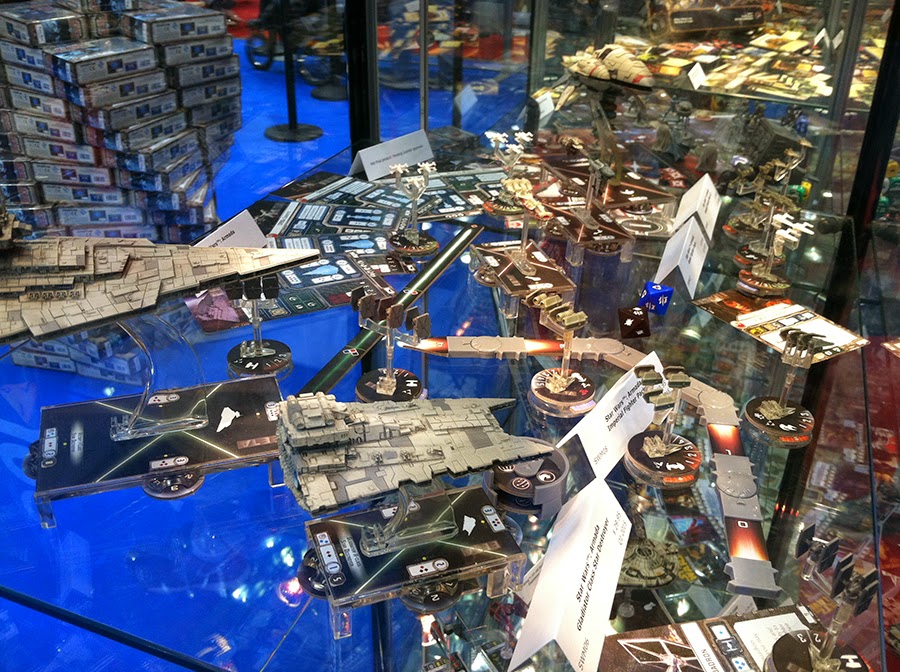 Star Wars Armada. X-wing at the next level 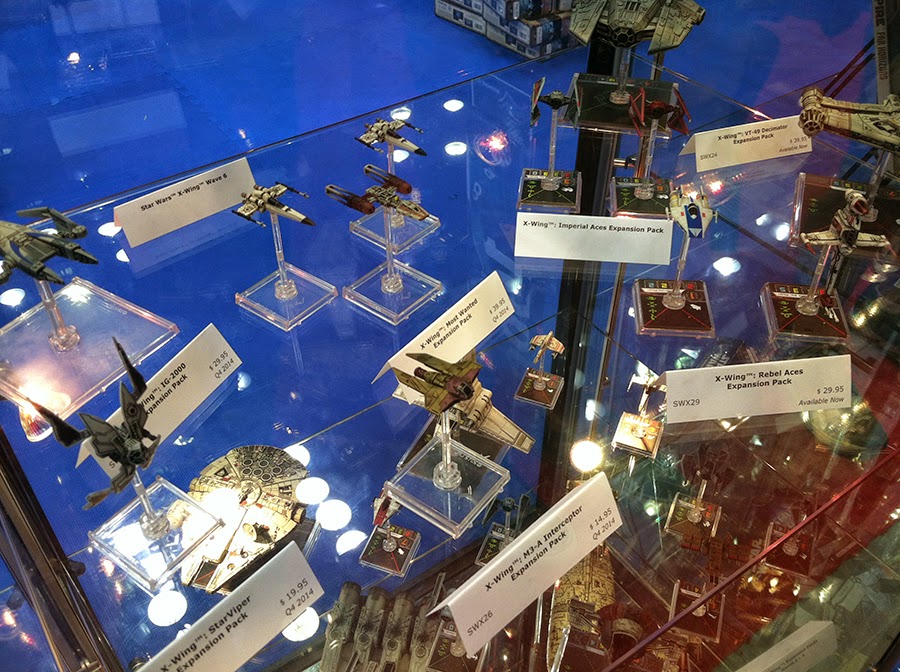 all the new X-Wing ships 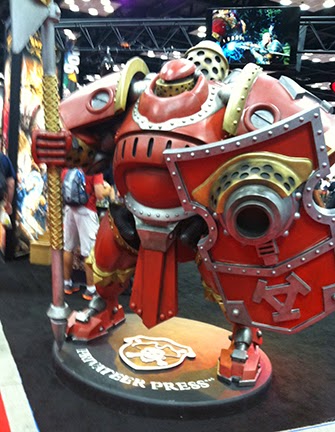 It was a mixed experience. Like Comicon, there are tons of painfully awkward people there who wait all year to let their freak flag fly. I'm glad they have a place to themselves, but sometimes it was a bit much. My chance to network for both freelance design work and game making connections didn't go as well as I wanted. Big Companies don't want to talk, and smaller ones don't have the budget.
Overall, I had a great time. I spent waaaay to money. I brought home a ton of games, a few connections, and despite constant hand washing, a case of the flu.

Some very impressive displays there!