Deep in the forests of the north lies Nordland. Like Hochland, Nordland lies across the widest part of the Oberphaltz river from the Great Forest, one of the many natural barriers isolating Unkerlant from the rest of the world. Staunch allies of Zlobenia, Nordlanders also consider themselves the protectors of Unkerlant. The Great Forest is most porous along their western border and these fishermen and trappers are ever vigilant for invaders.
Nordvald is the only town of significance, and home of the Cathedral of St. Dilbert the Unfortunate. Dilbert was one of the few people to oppose Unkar, the Magyar war-chief who eventually conquered what is modern Unkerlant, and such was martyred in some very unfortunate ways. The stained glass of the cathedral captures most of the gruesome action in all its gory detail.
The Lord Mayor of Nordvald, Lothar Luttelsbuch, currently administers the surrounding region. A small, bookish man, he is nonetheless like his people, a stalwart defender of the border and Unkerlant. 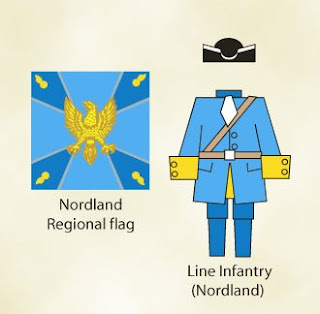 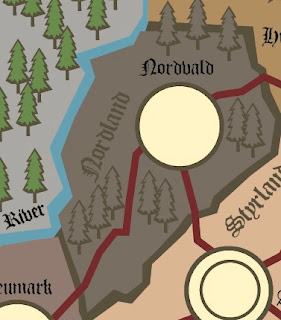 Posted by BaronVonJ at 2:19 PM