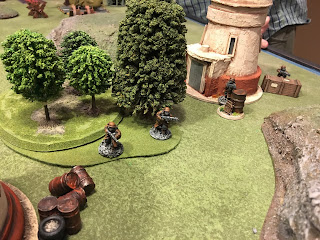 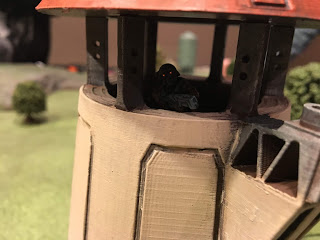 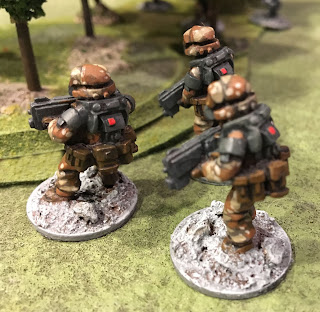 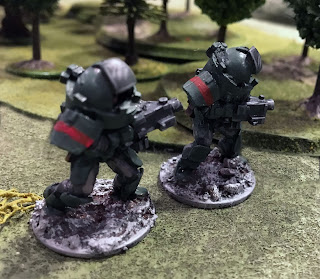 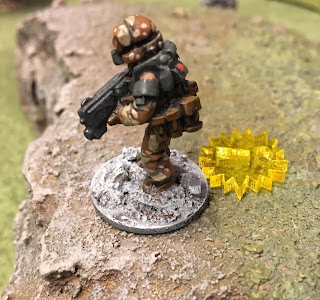 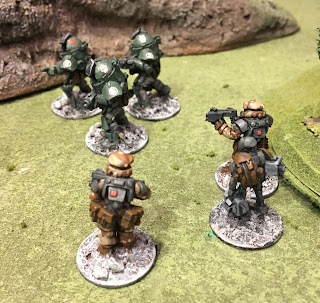 The defenders had to keep falling back. The attackers got over confident and got the robot too close to enemy fire. It went down sparks flying.
Not to worry, a quick repair task (5+) would fix it.
Except the technician rolled a "1", wiping the memory and disabling the bot.
All that was left was escaping. The outnumbered bravely held out as long as they could, but were finally overwhelmed.
Great game. Lots of "Fistful of Lead" moments.
Posted by BaronVonJ at 9:49 AM

Cool! Who makes the figures?

Pig Iron for most. The Heavy troopers are from Westwind I believe.