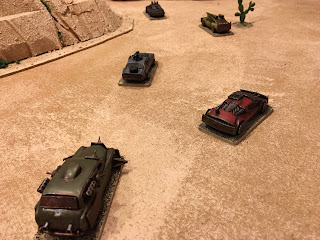 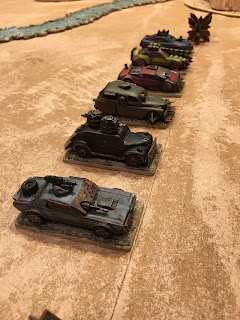 The race was to last two laps around the desert, but we lost our first racer only a quarter of the way through lap 1. He quickly got a spoiler car to pilot. 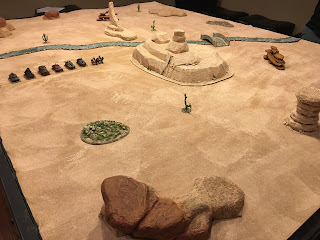 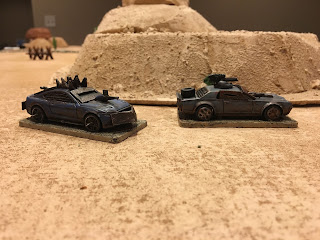 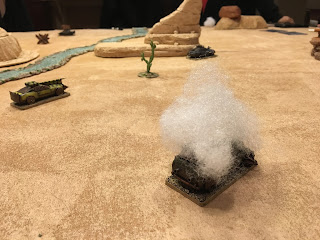 Green Machine lurched into first place but blew a turn and rolled into a ball of fire. Spolier #2 hits the track.
By the end of lap 2, only two original racers were left. The Hornet blew it inches from the finish line followed by the Midnight Rider. It was decided the Hornet, driven by Buzzkill Bill Bender made it 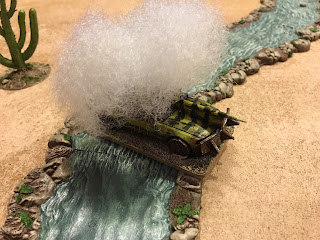 furthest and received the trophy posthumously...
Posted by BaronVonJ at 8:08 AM

Outstanding. Love the cars and the terrain (and the rules are great too, as you so rightly point out). Cracking game!

Great stuff, very inspiring! I've got a version of Axels & Allows II I worked up, might dust it off or give Gaslands a try. Reading it now. Love the template movement but the combat is better in A & A. Probably try a hybrid.