The Annual Revenant Hunt and Social 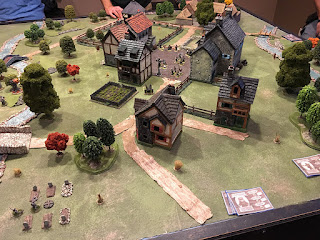 The best of European Society showed up for the Annual All Hallow's Eve Revenant Hunt and Social. 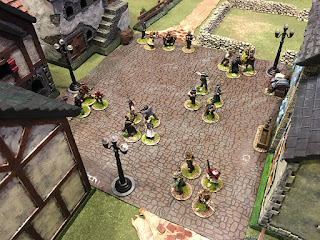 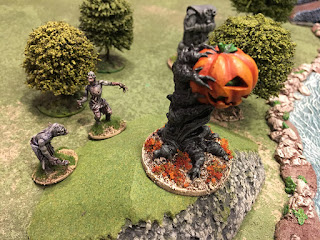 All parties gathered at the center of a small hamlet suspected to have a Revenant Infection.
They quickly spread out in 3 groups of 2 parties to destroy the infected, but most importantly the areas that spawn the undead. 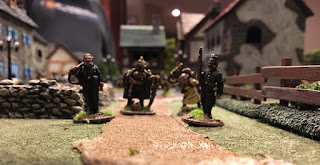 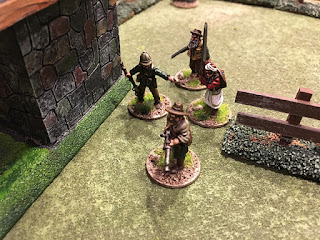 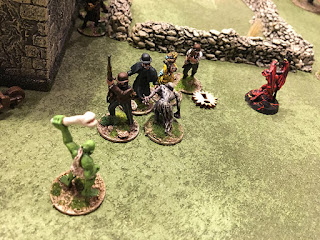 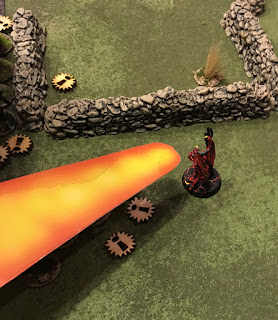 Before they could properly disperse, a large creepy tree began hurling infected pumpkins like some sort of undead artillery. Sir Ramsey's party took a direct hit infected the whole group with the Revenant sickness. How long could they last? 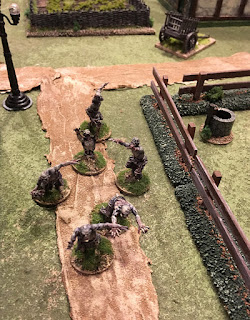 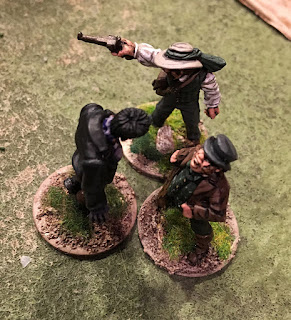 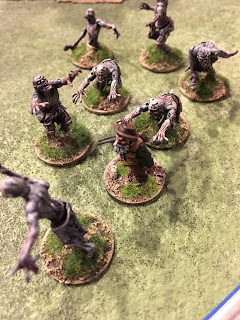 Gunfire drew the undead like moths to flame. The living tried to keep things quiet and fight the dead up close and personal, but once it was discovered, a few of the Revenants tended to explode, more were being shot at distance. 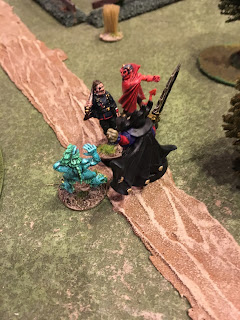 Also among the dead were "Dark Lords", creatures spawned by the chaos and death. These were creatures of sometime terrible power. A Pit Fiend belched fire, killing some of the guests.
As the night drew to a close, 5 of the 6 spawn points were destroyed, but at great cost to the hunting parties. It was considered a success, especially after last year's debacle...
Posted by BaronVonJ at 6:13 PM