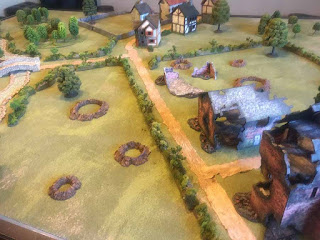 This is just a quick update. A more comprehensive AAR will be up over at Sergeant's blog.
This was our second attempt at the 2nd addition Bolt Action rules. Last week was such a FUBAR we almost gave up, but decided to give it one more try. 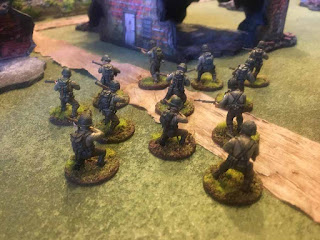 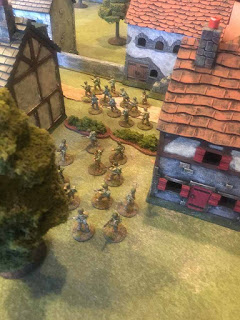 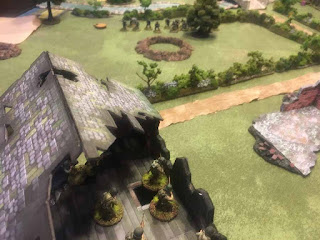 Nothing will break a game like 8 players. One of things we tried to alleviate the pain was to go against all Gamer instincts and only give each player one unit. Each player also had their own die color, so no fussing on each side about which German unit would go. This speeded things up immensely. 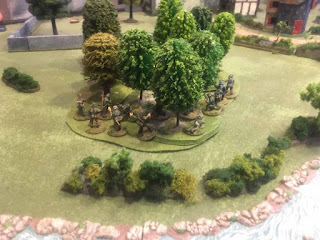 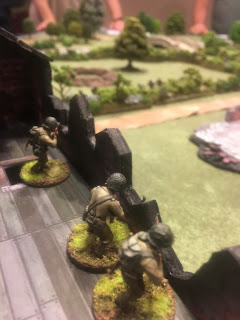 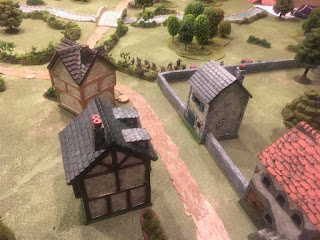 This was a breakout scenario. Because the Americans had the advantage of terrain, the Germans got a few extra troops. We, the American forces thought it would be easy. We just rolled into some buildings surrounding the German exit points and waited. It was;t easy.
The Jerrys took a few casualties early on crossing the open, but their Veteran status took it's toll on us later.
Our shelters, even providing heavy cover, quickly got hammered. My couple of pins quickly made a difference. I couldn't get my boys to execute a simple fire order. Throw in the the seemingly endless number of times the Germans activated before us and it was a recipe for defeat.
My building became a tomb.
On the other flank, my partners faired little better, but with the road I was guarding opened, it was over. 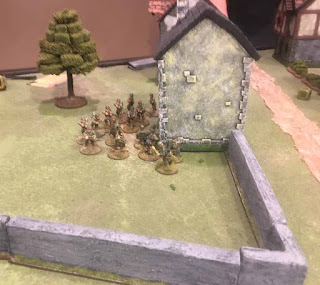 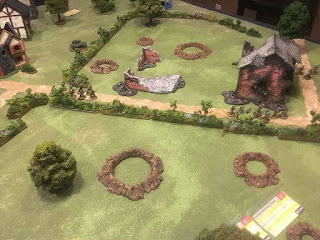 The pics are bit fuzzy because I don't get to play much, so I was drinking and therefore, a bit fuzzy.
This was a much improved game. The mechanics started to click. I wanted to use BA for my interwar period project and I think they would work. One thing I would change is use a card deck with each unit on it. Still use the dice to track orders, but use the cards to dictate initiative n these much larger games. That way I could also throw in an Event card for reinforcements and the like.
BOOM!
Posted by BaronVonJ at 9:01 AM

That many players will definitely strain a lot of rules!

I've been toying with doing some Bolt Action in 15mm with the kid. Seems like a good way to get him into miniatures.

Crikey 8 players for a Bolt Action game....we have enough trouble finding enough to keep us all busy with 7 players during a large Napoleonic battle. I'm playing a lot of BA2 at the moment and once you get all the finer points in your head the games flow pretty well.

Like I said, having an individual dice color per player speeds things up. You could even do cards for players, too, which is probably what I'll do for my games.