Golden Age Supers: Showdown in the Arctic, or.... 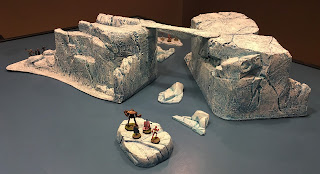 ...how "Hachiman Got His Groove Back".
Just moments after Section 13 cracked an encrypted transmission from Berlin to Tokyo, the Liberty Legion was dispatched via super secret submarine to the Arctic. The encrypted transmission mentioned a possible ancient artifact capable of changing the outcome of the war. The artifact was found frozen in a giant iceberg. 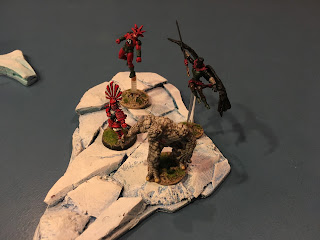 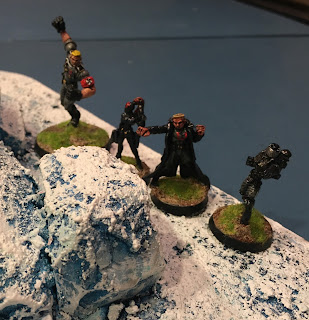 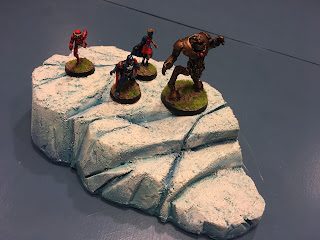 We made this a 3-way smack down. The Axis being the bad guys, turned on each other in hopes of controlling the super weapon for themselves. Each player controlled 2 miniatures apiece.
People who follow my Golden Age Supers games will know Hachiman (named after the Japanese god of war) has got a bad rap over the years along with most of his team. He usually gets knocked out early. Not so this time. 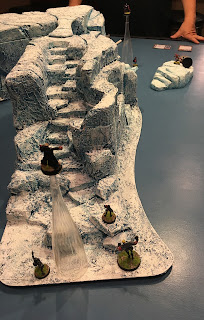 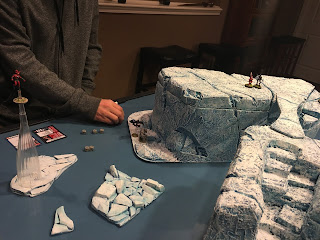 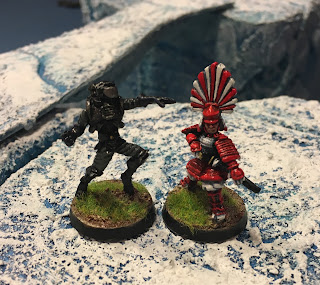 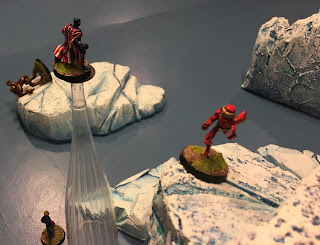 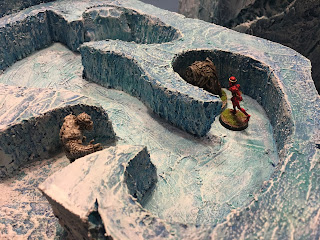 The game opened with Hachiman performing a "Super Leap" onto the top of the iceberg to intercept the lightning fast Blitzkreig. With a Leroy Jenkins-like "HACHIMAN!!!!" scream, he dispatched Blitz with one blow.
Teh next turn he delivered a mortal blow to Liberty Belle, and the next turn he finished off Major Victory.
It looked like the forces of the Rising Sun were going to win this one. 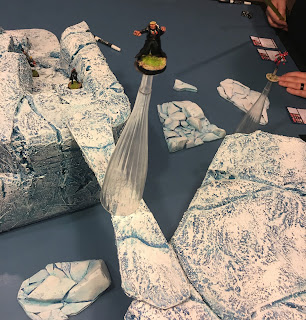 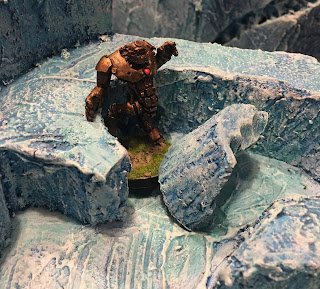 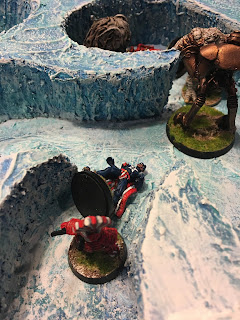 But, several things happened at once. Tengu, the crow man of the Japanese team spent a good 4 turns trying to dispatch Agent Axis with his magic spear (que Freudian jokes). All this distracted from the fight in the inner chamber of the iceberg where all the big hitter (Kreihunde, Oni and Klank) were fighting.
First Hachiman, then Oni fell to the hammer blows of Kreighunde. With game night closing, we called it. The Americans were knocked out and the Japanese only had one left.
A great game with lots of fun moments.
Posted by BaronVonJ at 11:57 AM

Great polar terrain...have to try making some like that myself.


What rules are you using?