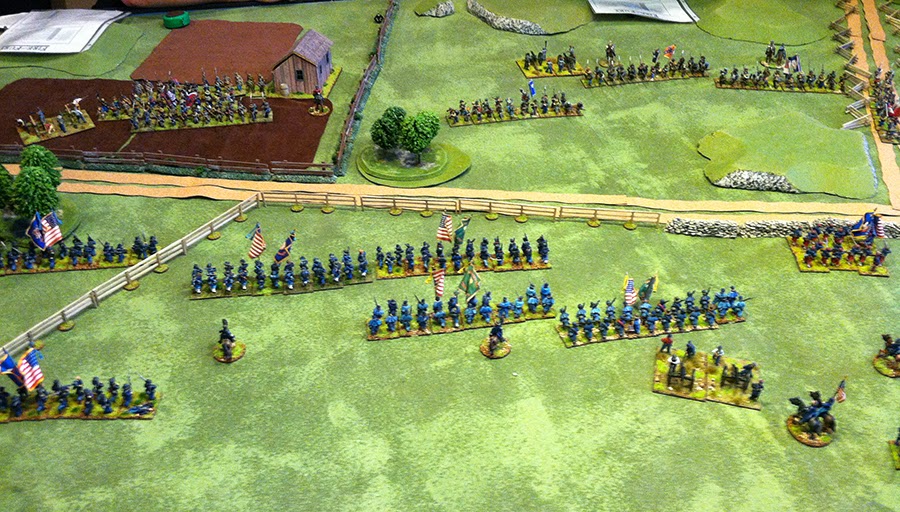 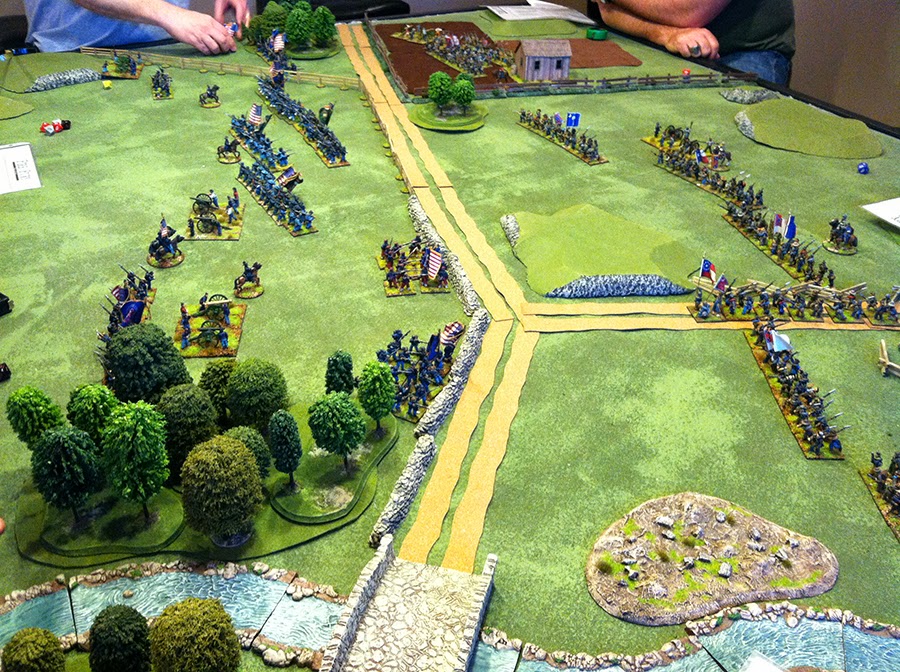 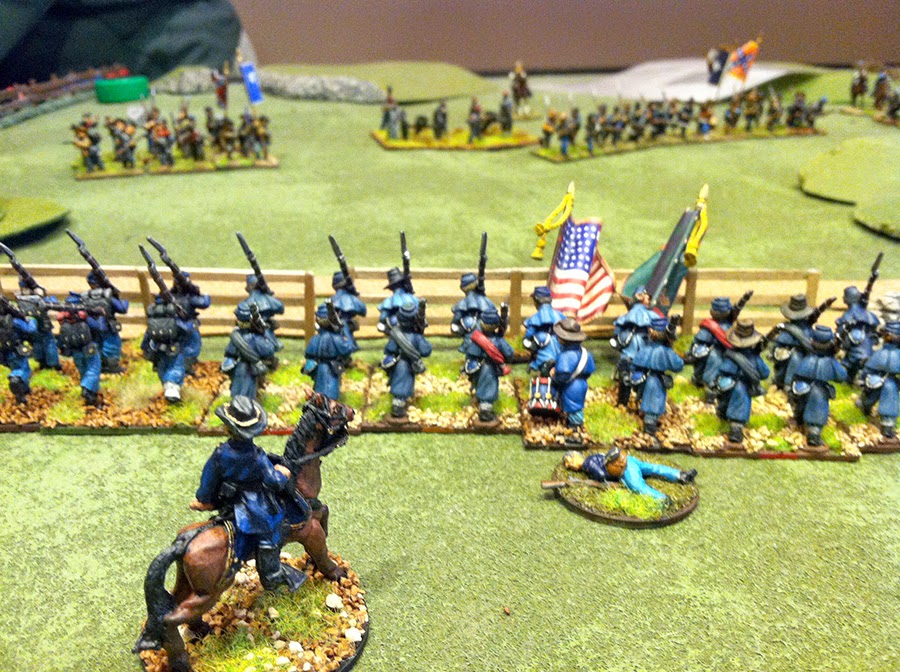 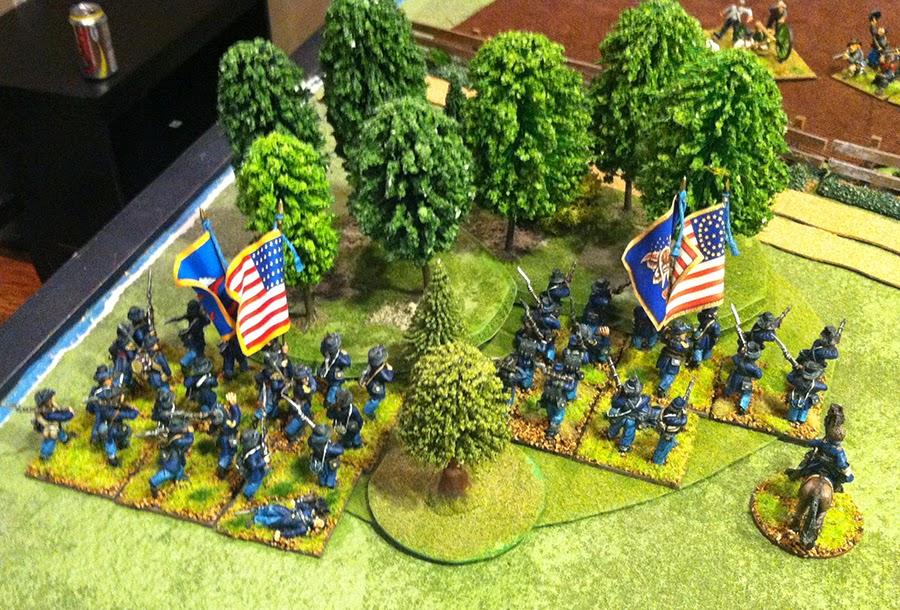 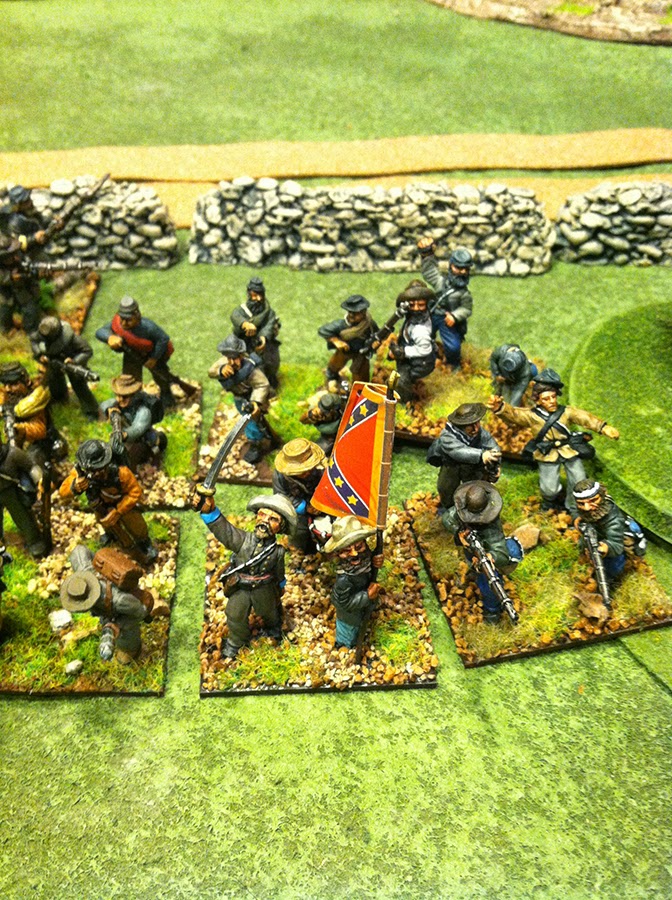 Don't get me wrong. For ACW it has no match in my opinion. Most ACW battles seesawed back and forth, with crazy swings sometimes by smaller, desperate units. F&F does that. Some heretics, I know, have starting using 2d6 instead of a d10 to make more a Bell curve of the rolls. Just not for me.
In the end, we stopped due to the late hour. We had units from both sides deep behind enemy lines, ready to wheel and cause some damage. It would have been fun to see what happened next.
Posted by BaronVonJ at 8:49 AM

Nice write up and thanks for the compliments on the minis. We need to do one of these on a Saturday or when we have more time to see if those blue bellies would have caught some reb units in between "the horns of the bull."

You might want to try Longstreet there is a free version available here http://www.sammustafa.com/honour/